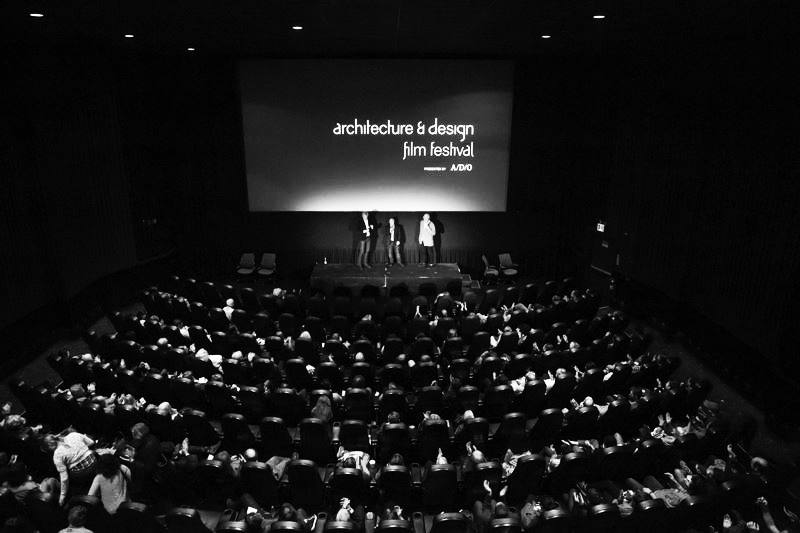 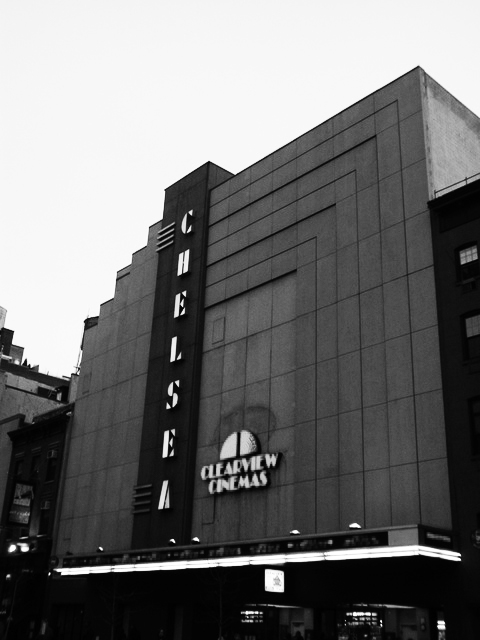 The Cinepolis Theater on West 23rd Street in Chelsea is home to a variety of NYC film festivals—not just the ADFF, but the Latino, Greek, Horror and most significantly Tribeca Film Festivals—as well as regular film classic retrospectives and weekly screenings of “The Rocky Horror Picture Show.” In short, it’s a great New York City cultural resource, but like a lot of urban cinemas around the country, it had become over time a little worn.

A refresh of the theater’s 4th floor lounge with new environmental graphics from Wolf Gordon and O+A provides the perfect backdrop for the Architecture and Design Film Festival. Digitally printed at Wolf Gordon Customs Lab, skyline wall graphics designed by Verda Alexander place every movie-goer in the city’s embrace, while a pattern of Bolon carpet tiles designed by Carlota Manzano-Laina make every trip to the concession stand an aerial reconnaissance of Manhattan. 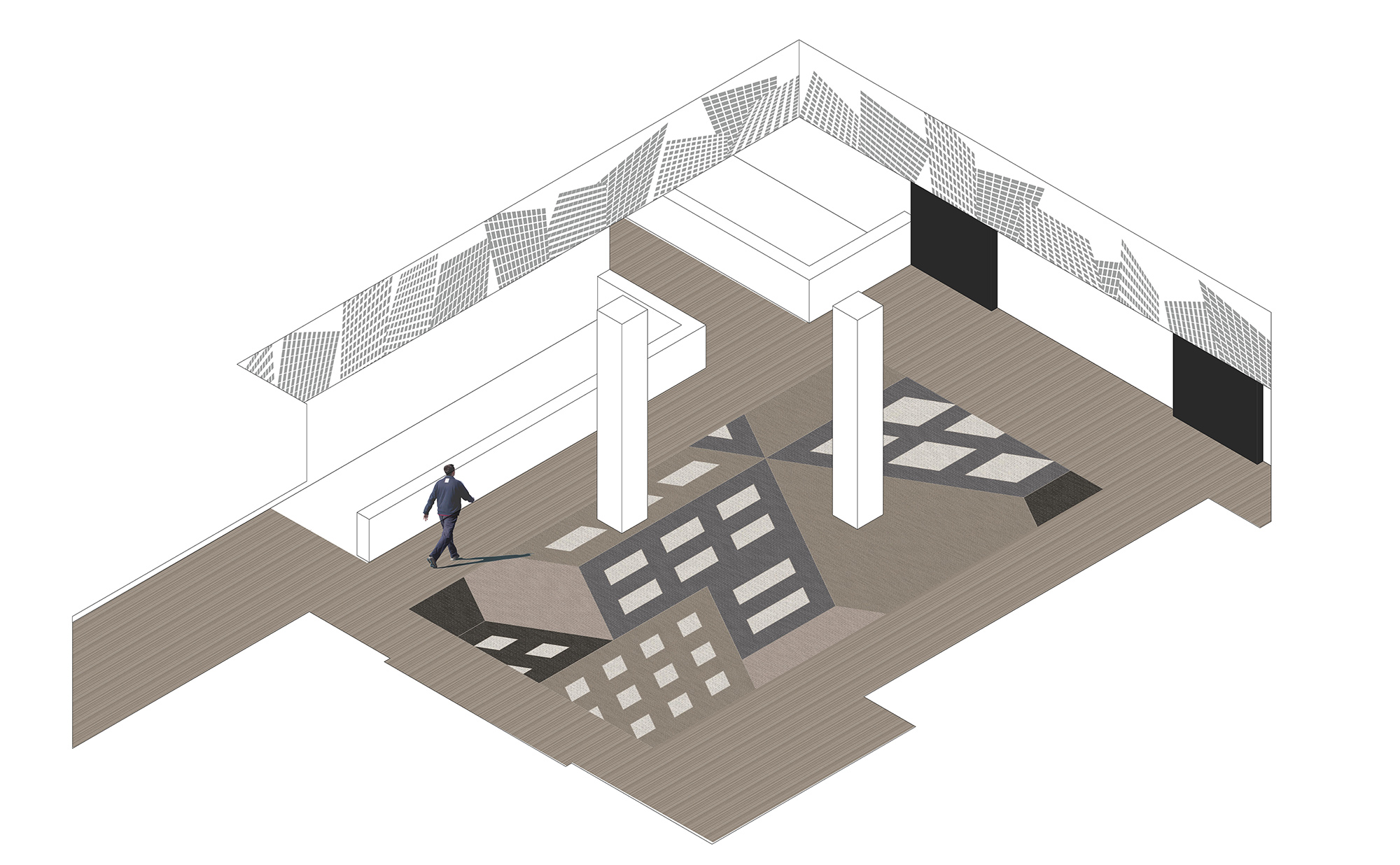 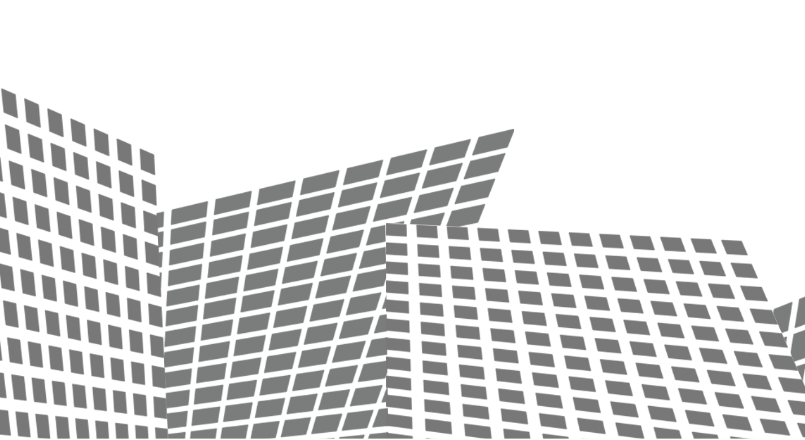 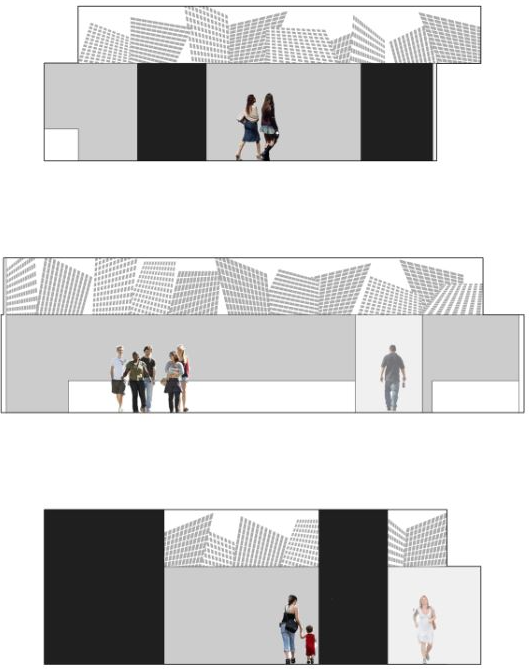 The result: a distinctly cinematic confluence of stylized architectural forms that will live beyond the ADFF to give the next round of Tribeca celebrities a heightened sense of Tribeca and Cinepolis patrons all through the year a kinetic city vibe. 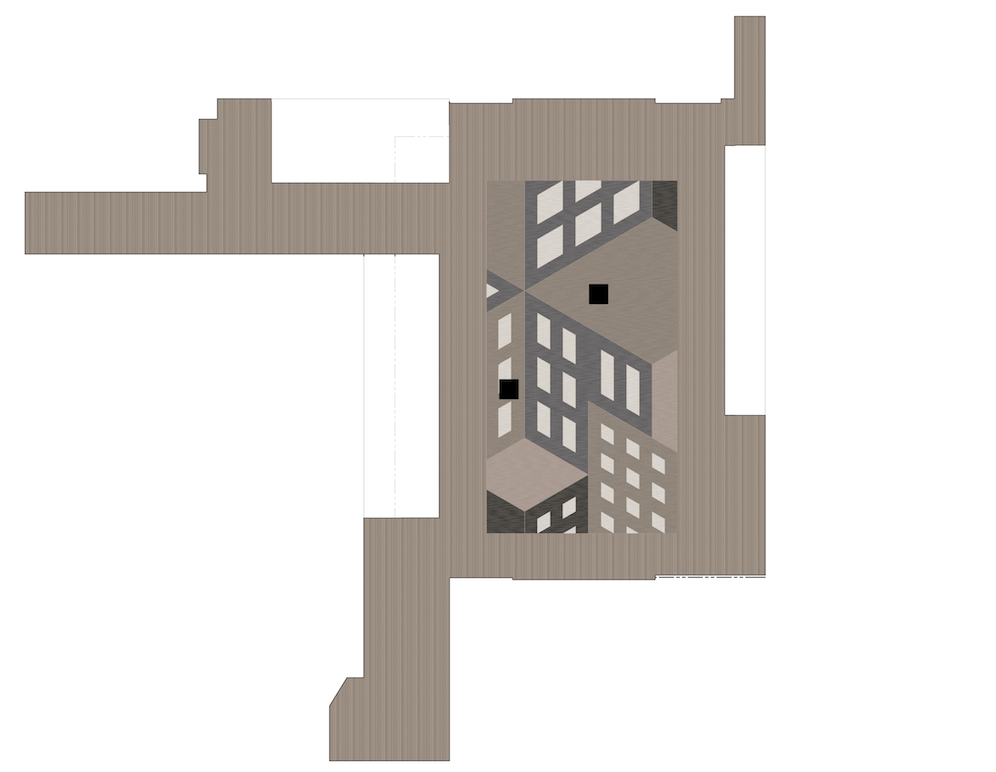 Few photos of the opening ceremony on November 1st, Primo with Festival Director Kyle Bergman & Carl Gustav Magnusson and the space. If you didn’t make it for the festival, you can still see the 34 featured films and stop by the Cinepolis to enjoy Studio O+A’s design. 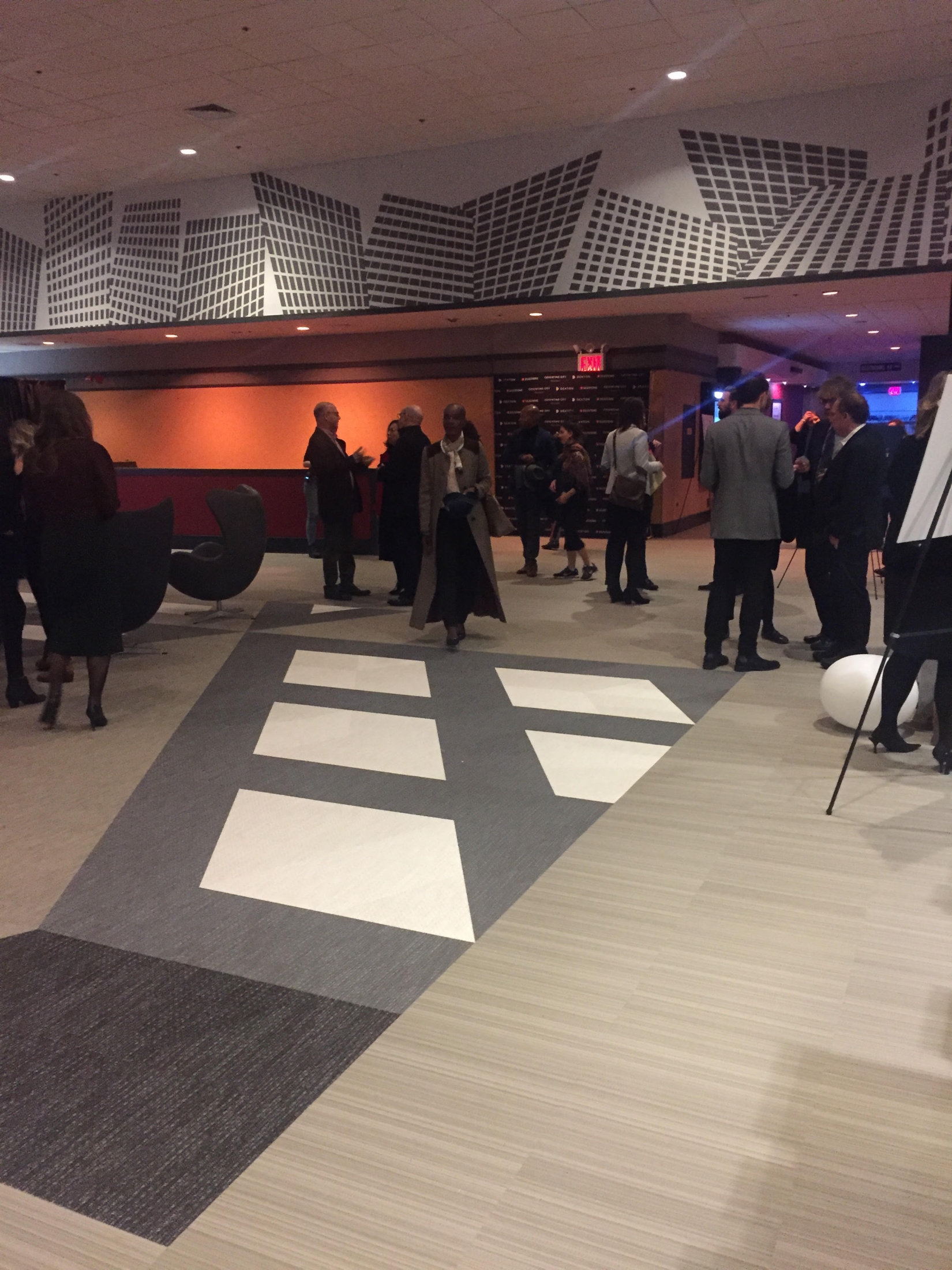 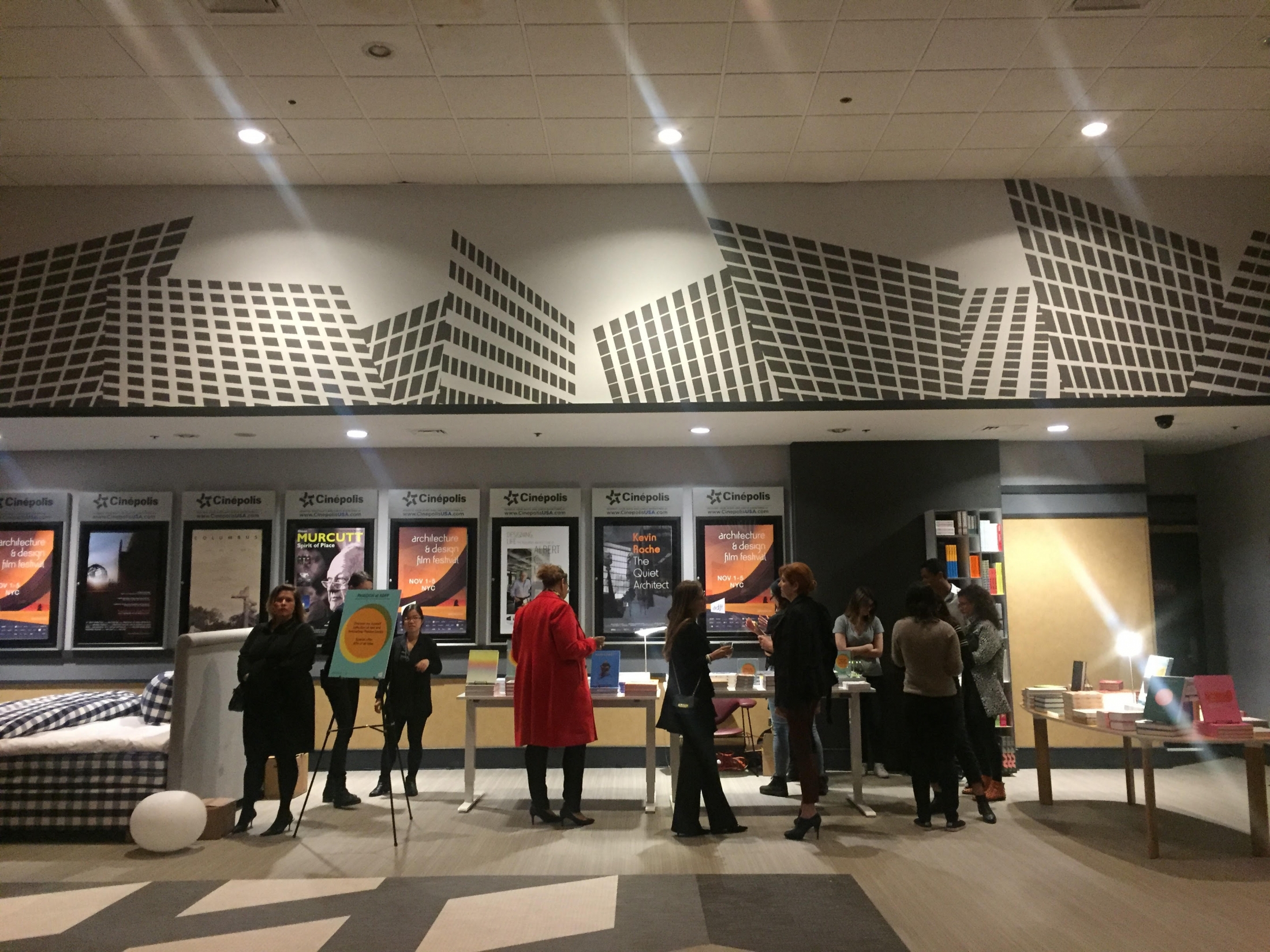 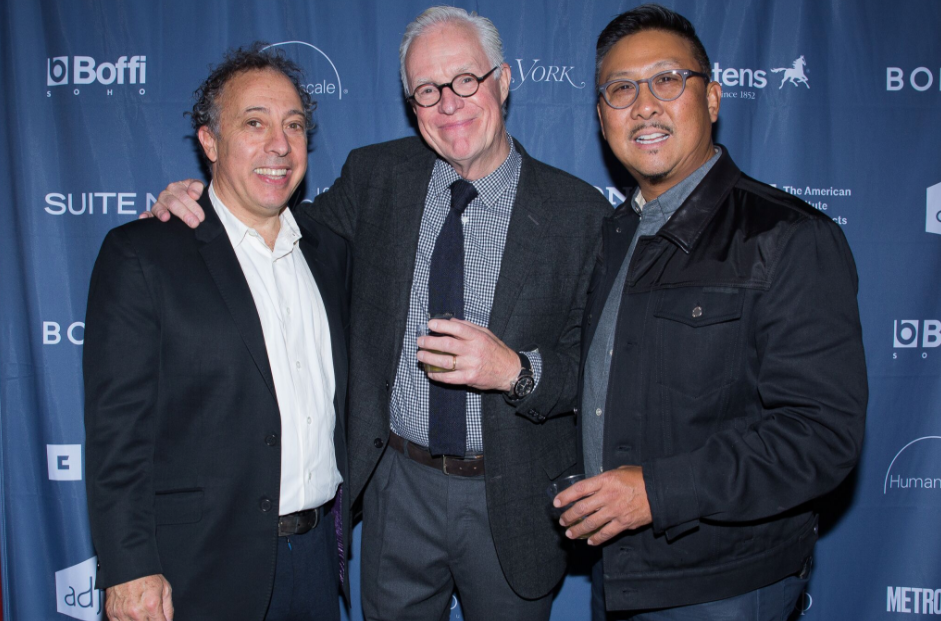