Walking through Stockholm’s T-Centralen Metro Station, you won’t notice anything remarkable. It’s a cleaner version of the underground public transit we all know – a Starbucks, some chain stores, a few musicians playing for cash, commuters rushing in every direction. Besides a higher percentage of blonde hair tied in high buns, black jeans, and white Converse, this scene could be in most major cities.

Then you head down the escalators to the Blue Line – and you’re completely enveloped in a work of art. Blue paint saturates the walls while a blue flower motif moves across a cavernous ceiling – left unfinished after dynamite carved these caves in the 1970s. It’s like a scene from Alice in Wonderland if she were trapped in a Swedish china cabinet. And although this photogenic masterpiece seemingly originated to fuel the Instagram desires of the Scandinavian traveler, it was in fact created back in 1975 by designer Per Olof Ultvedt. Ultvedt intended to evoke a sense of calm for commuters before they rush to their destinations – a feat this timeless design continues to accomplish.

Next stop was the equally as impressive Solna station, bathed in dramatic red and green. Despite the colors, this station is not a tribute to Santa’s favorite holiday. Artists Anders Åberg and Karl-Olov Björk treated this as a canvas for the socio-ecologic issues of rural depopulation and deforestation happening throughout Sweden in the 1970s, with red representing a blood red sky and green representing the forest.

One last impressive stop was the Radhuset Station – doused in a rust-ish color that artist Sigvar Olsson intended to be a pink cave filled with the fictitious archeological history of Stockholm’s Kungsholmen neighborhood.

These elaborate designs were commissioned as part of a concept called Folkhemmet or “The People’s Home,” started by Sweden’s Social Democrats in the 1950s. They wanted art to be available to all people, not isolated in art museums or the homes of Stockholm’s wealthy elite.

Surprisingly, these beautifully designed stations do not consistently appear throughout the Blue Line, or even throughout the other systems in Stockholm’s vast public transportation network. You can just as easily hop off at a stop that is as nondescript (albeit clean and tidy) as you’ve ever seen. For us tourists, it’s a fun game discovering if it’s the mundane or magical that awaits at the next station. 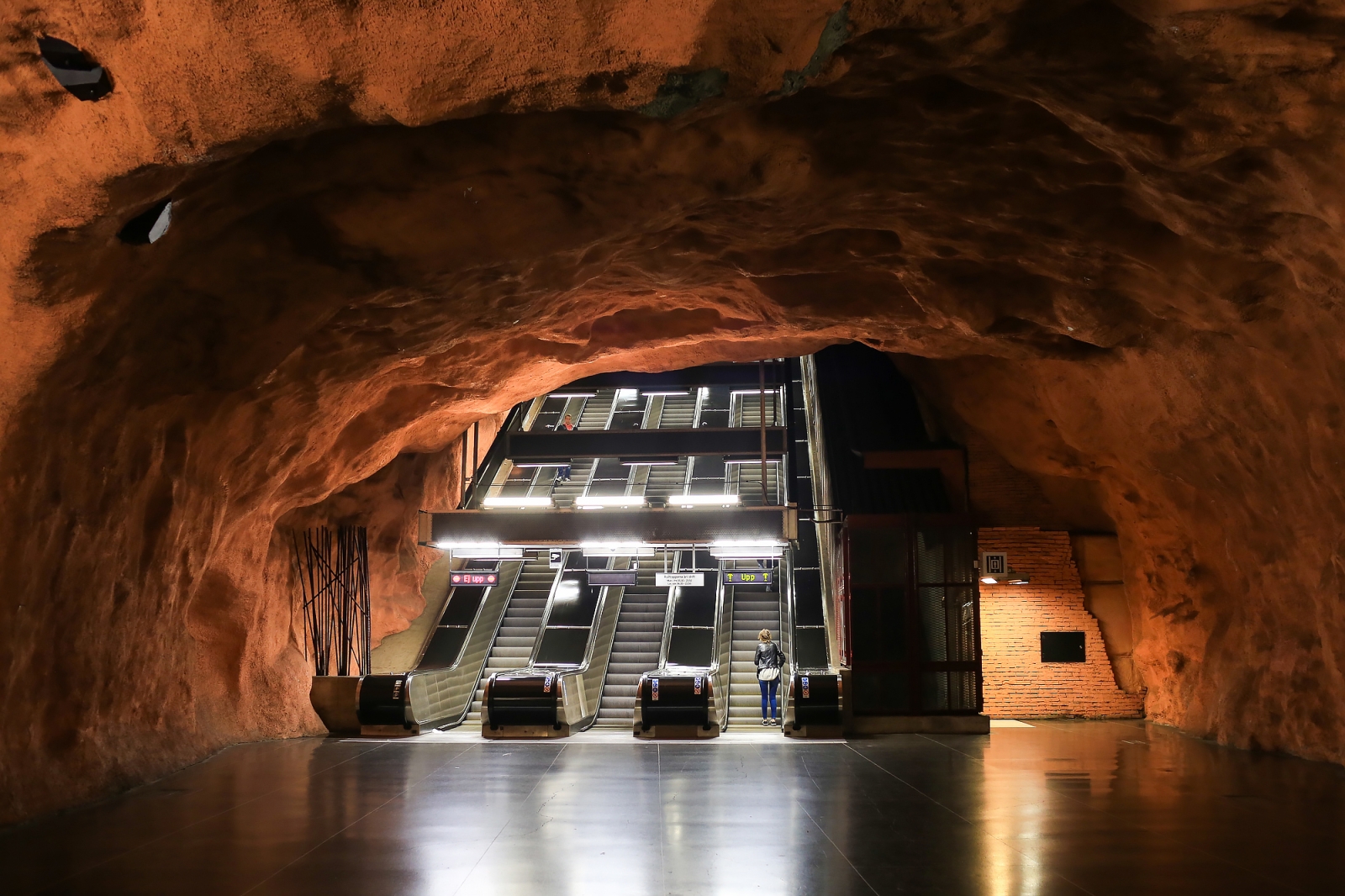 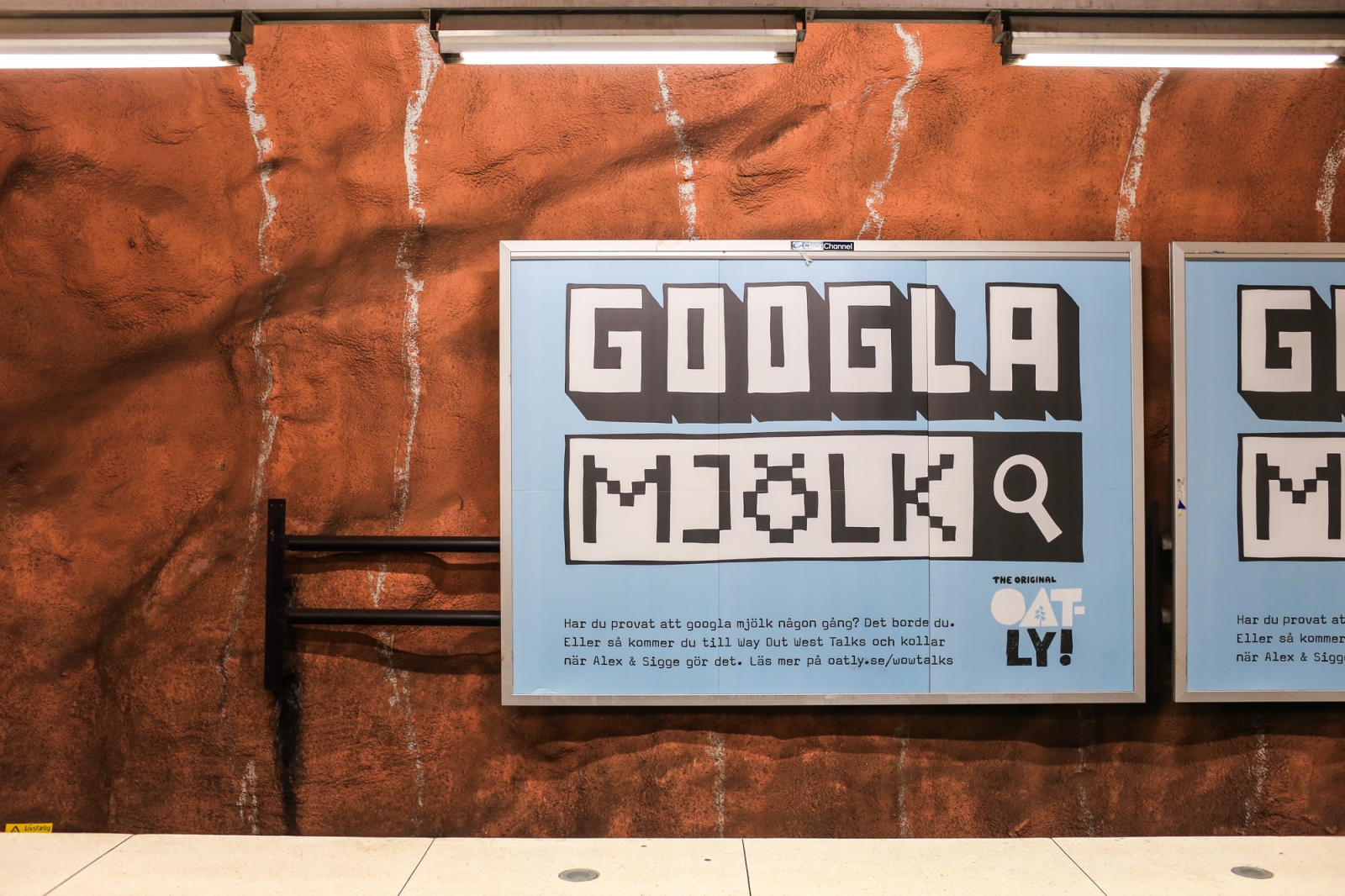 Public art isn’t a foreign concept in the U.S. but it does not seem to find it’s way to the underground stations of America. What if this same “Folkhemmet” mentality was applied to BART stations of the Bay Area? Treating BART stations as a canvas rather than an unfortunate stepping stone between point A and point B could change the way we think about public transit and the way we take care of it. It could remind us how public transit exists as a way to improve our everyday lives. We have a long ways to go from the glorious Tunnelbana of Stockholm, but maybe a little (or well, a lot) of paint and spirit could transform our everyday commute.