Like the holiday card, the third entry in the series was another two-birds-with-one-stone exercise. When O+A moved from its old office on Howard Street to a bright new space on Tehama, the Artist Series team saw an opportunity to turn a standard move announcement into something more fun. The resulting 8-page Zine included an artful map of the firm’s location in SOMA, trial sketches from several artists for the new office’s staff portrait gallery, a centerfold (Scout, the Playmate of Every Month at O+A), demolition photos of the new office-in-progress, a comic strip about design development and a chilling short story imagining how desks might be assigned after everyone moved in.

The Zine was the richest of the series in terms of artist participation and mixed media, but it had the gritty, ground-level look of something cranked out in a SOMA studio—which it was.

“Art should comfort the disturbed and disturb the comfortable.” 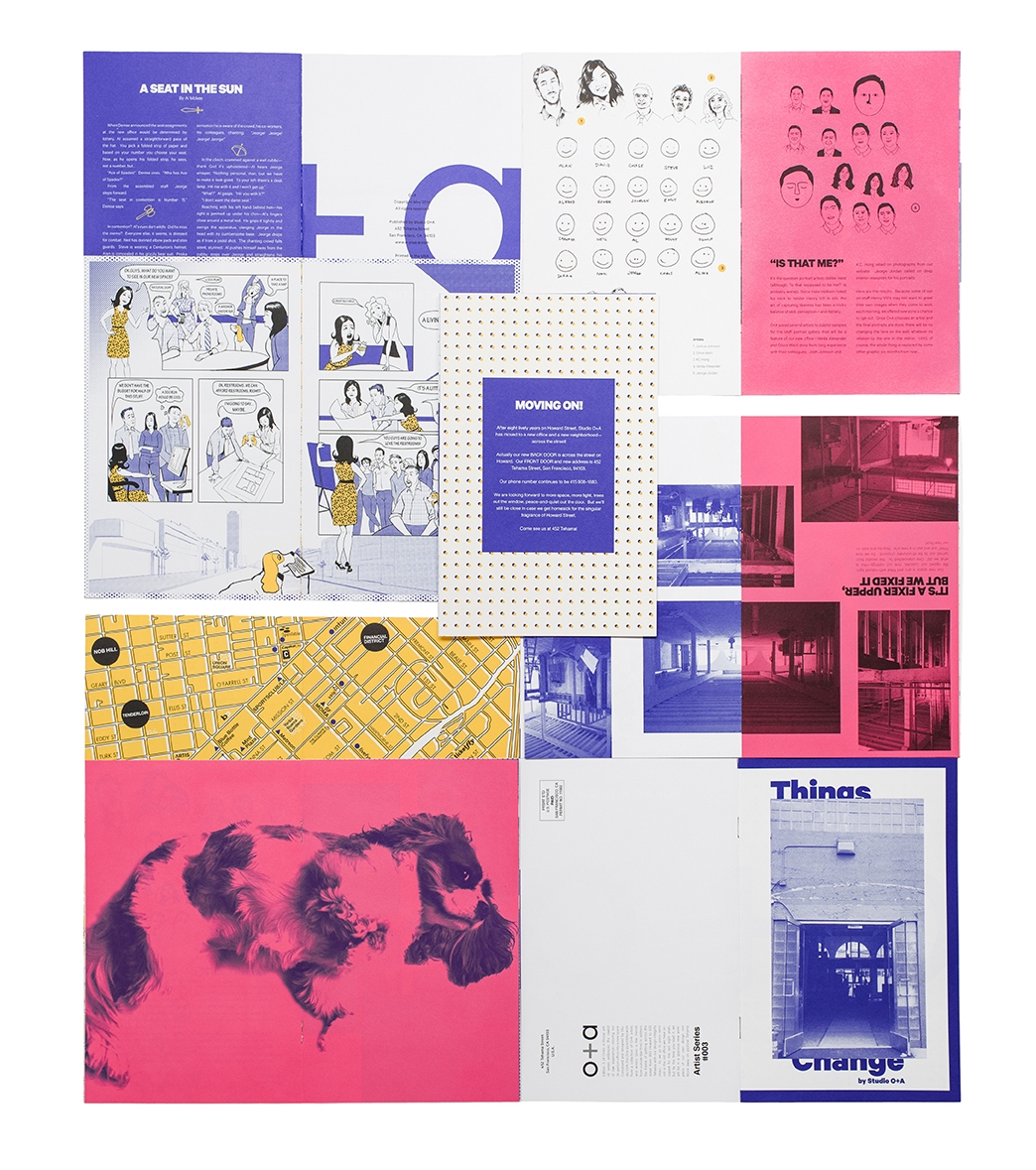