“What are these magical creatures that somehow travel through time without aging?”

Marianne Goebl was talking about chairs. On a recent visit to O+A the Managing Director of Artek guided our staff through 85 years of furniture history from the “very up north” perspective of the Finnish masters Alvar and Aino Aalto, who founded Artek (with Maire Gullichsen and Nils-Gustav Hall)  in 1935. The “magical creatures” were demonstrably timeless chair designs, a few dating back to those earliest days, which are still in production at Artek—still in production and still imparting a message of modernity.

To illustrate the point Marianne showed a photo from a store Artek opened in Helsinki in 1936. The car parked outside on a cobbled street might have been the getaway vehicle in a Depression-era gangster movie, but the merchandise inside the store looked as freshly contemporary as four roommates in San Francisco trying to furnish an overpriced apartment.

“They wanted to conquer the world with their ideas,” Marianne said of the husband and wife team as influential in their sphere as Charles and Ray Eames were in theirs. “And they didn’t miss a moment. Creative couples often work in a very symbiotic way, and you don’t know where starts the work of the one and where ends the work oBef the other.”

Their results achieved a unity and clarity that kept their best-loved pieces forever young. Stackable stools, lounge chairs with armrests and legs of bent wood, pendant lights, benches and tables—the Artek classics have remained icons of modern living through many iterations of “modern.” That’s probably one reason Vitra acquired Artek in 2013. It’s certainly why Melissa Shelton, President of Vitra North America and Melanie Becker, Vitra’s VP for the Western Region accompanied Marianne to O+A. “We sometimes refer to Artek as our little sister,” Melanie said.

At a time when office design is merging seamlessly with hospitality the qualities the Aaltos espoused—comfort, simplicity, sturdiness, beauty—are precisely the ones designers want to specify. And as O+A becomes increasingly focused on climate change mitigation and sustainable design, furniture with a track record of resilience gains in value.

“Actually they get more and more beautiful over time,” Marianne Goebl said of her magical creatures. “So we started buying back pre-loved Aalto furniture 12 years ago, 13 years ago. We have a store in Helsinki where we make them adorable again. (Note the cozier Scandinavian “pre-loved,” in contrast to the American term “stressed”).

Coziness—is that the secret of Artek’s long life? Or is it utility? Marianne described how Apple chose Alvar Aalto’s barstool for its original flagship store—one champion of user-friendly design acknowledging another. “I think it’s a very intelligent choice for a retail space,” she said, highlighting a feature of Aalto’s design that might be a lesson in how to remain ageless—even through decades of shifting perspectives:  “The stool is non-directional. However you throw it into the space it always sits right.” 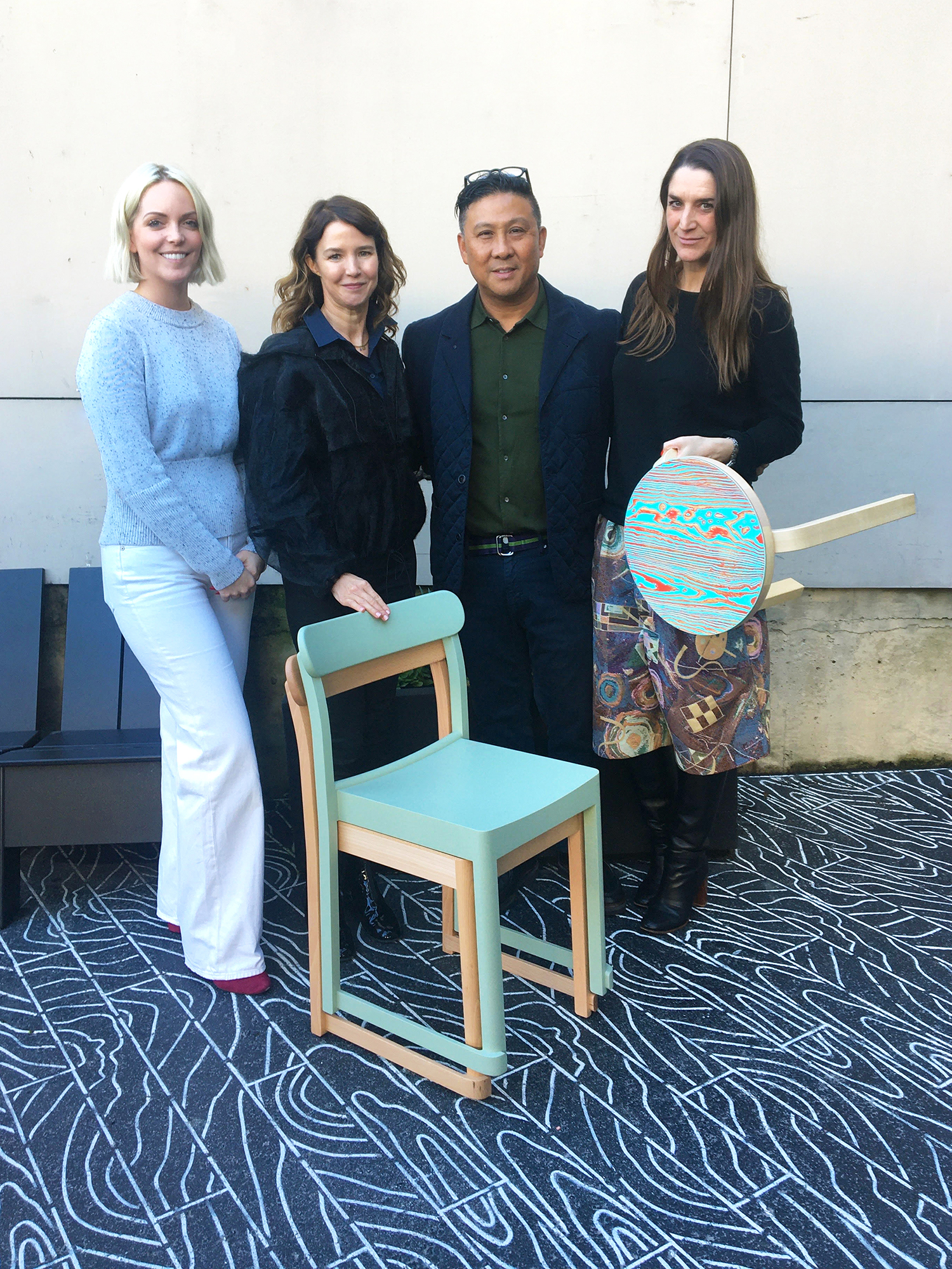 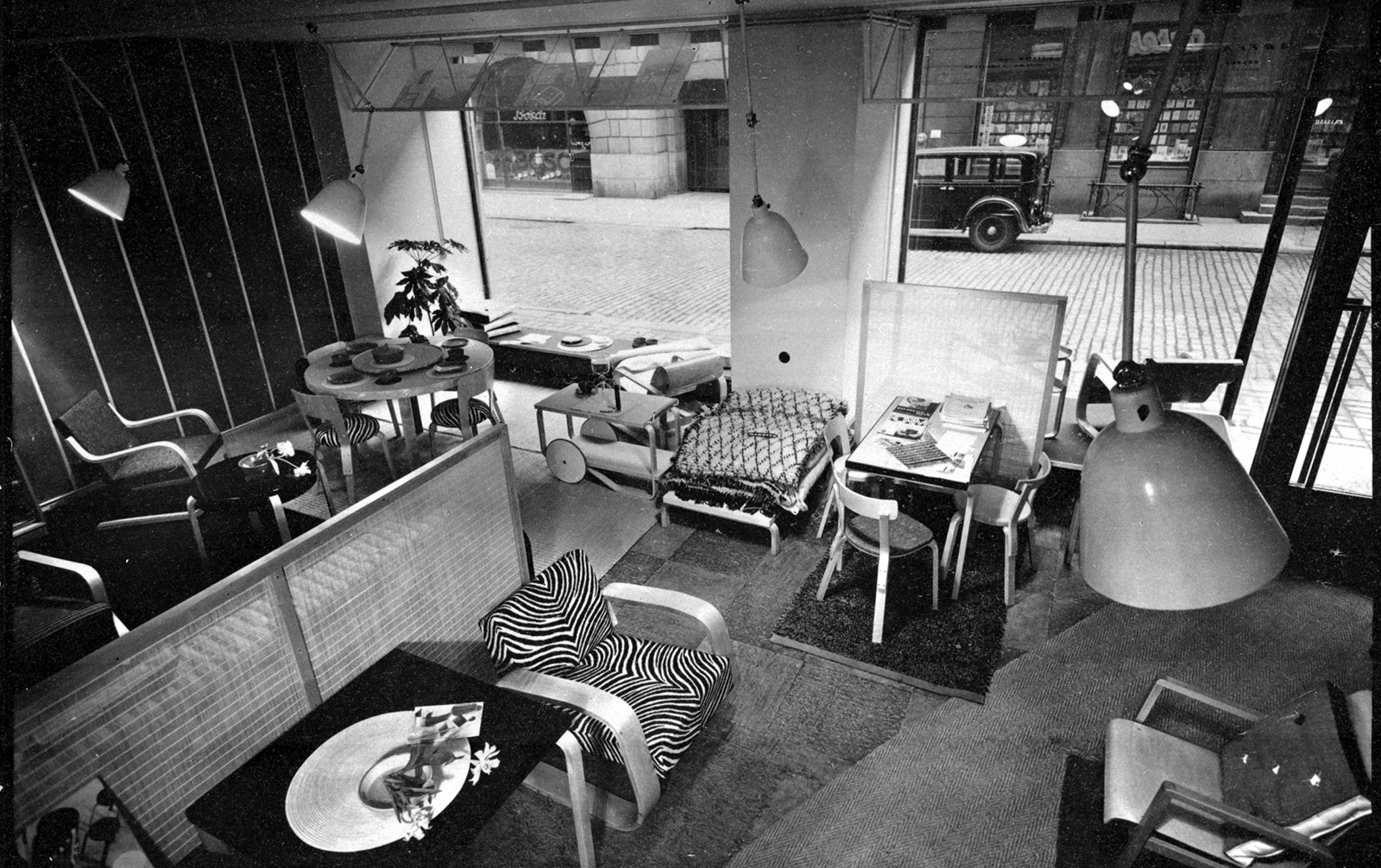 “To illustrate the point Marianne showed a photo from a store Artek opened in Helsinki in 1936. The car parked outside on a cobbled street might have been the getaway vehicle in a Depression-era gangster movie, but the merchandise inside the store looked as freshly contemporary as four roommates in San Francisco trying to furnish an overpriced apartment.”