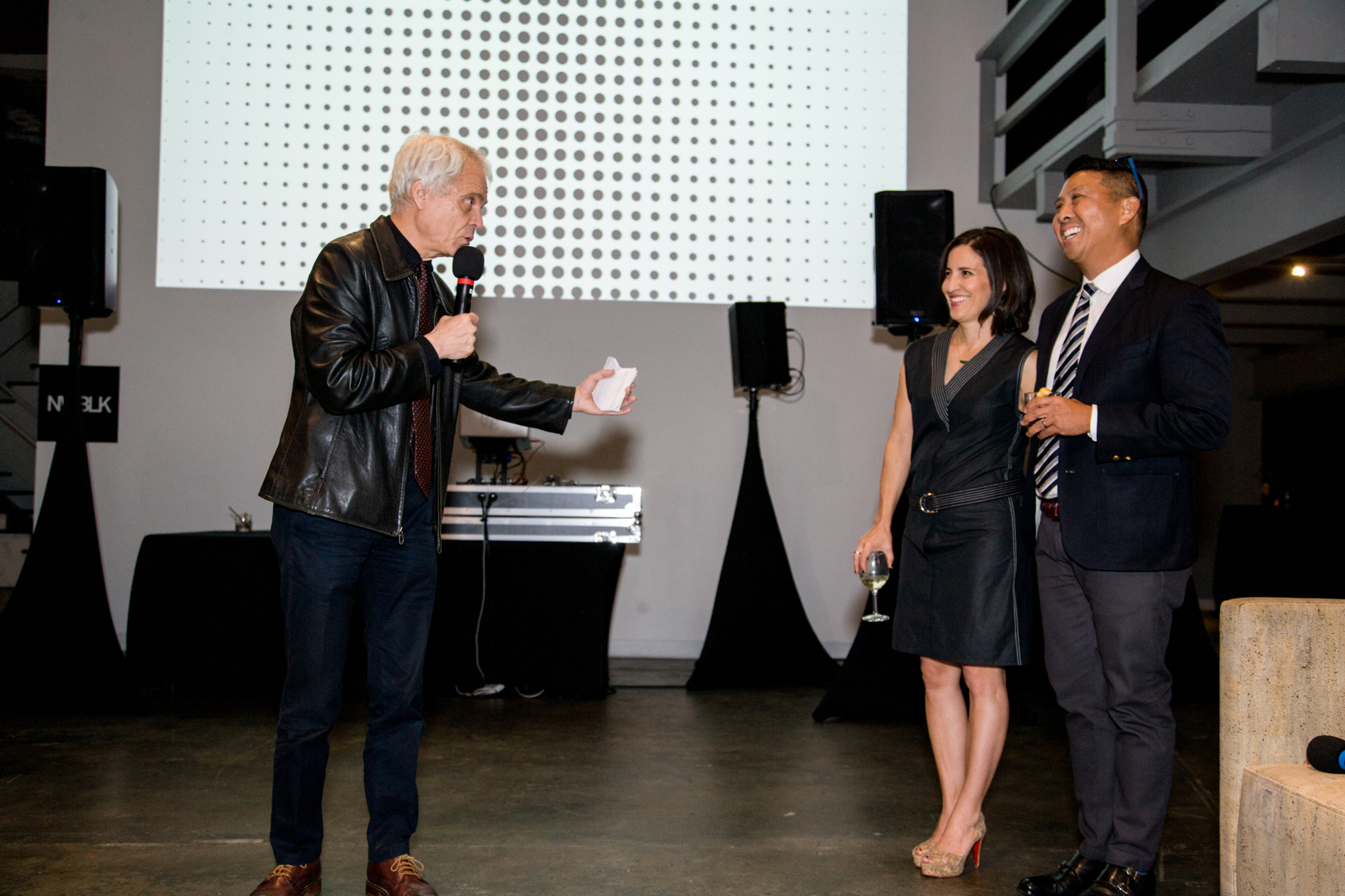 “It takes two” was Interior Design Magazine’s theme for the 31st Annual Hall of Fame Awards—and it took two parties on two coasts properly to celebrate Primo and Verda’s induction.

The San Francisco bash kicked off at NWBLK on November 17th—200 or so of Primo and Verda’s friends, clients, colleagues and staff gathering to commemorate the career-and-life-partnership at the heart of O+A’s design family. Watched over by their own likenesses in ice, P & V were feted with music, dancing, cocktails christened in their honor, artful appetizers, Korean tacos, color-coded cake, patterned wall projections, a champagne tower, a roast, a toast and a video tribute with many of their associates going before the camera to wish them well.

Two weeks later the Hall of Famers flew a dozen of O+A’s longest running employees to New York City for Interior Design Editor Cindy Allen’s gala in the Grand Ballroom at the Waldorf Astoria. Primo and Verda were the first of four design twosomes honored in Cindy’s theme-night celebration of creative partnerships.

(The others were Peter Ippolito and Gunter Fleitz of Ippolito Fleitz Group from Stuttgart, Germany; Roger P. Thomas of Wynn Design and Development and his client-for-life Las Vegas hotel magnate Steve Wynn; and John Cetra and Nancy J. Ruddy of CetraRuddy in New York). 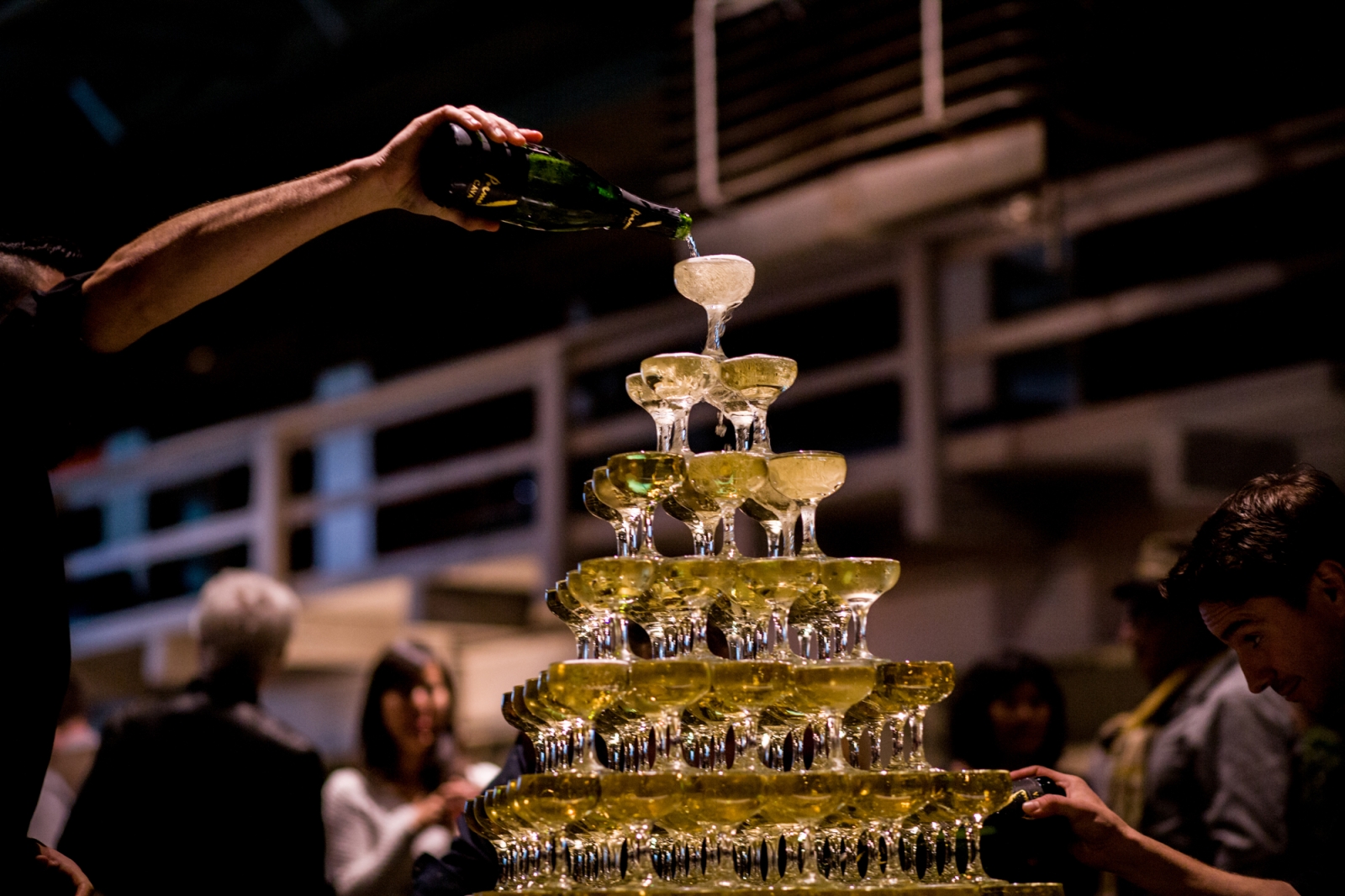 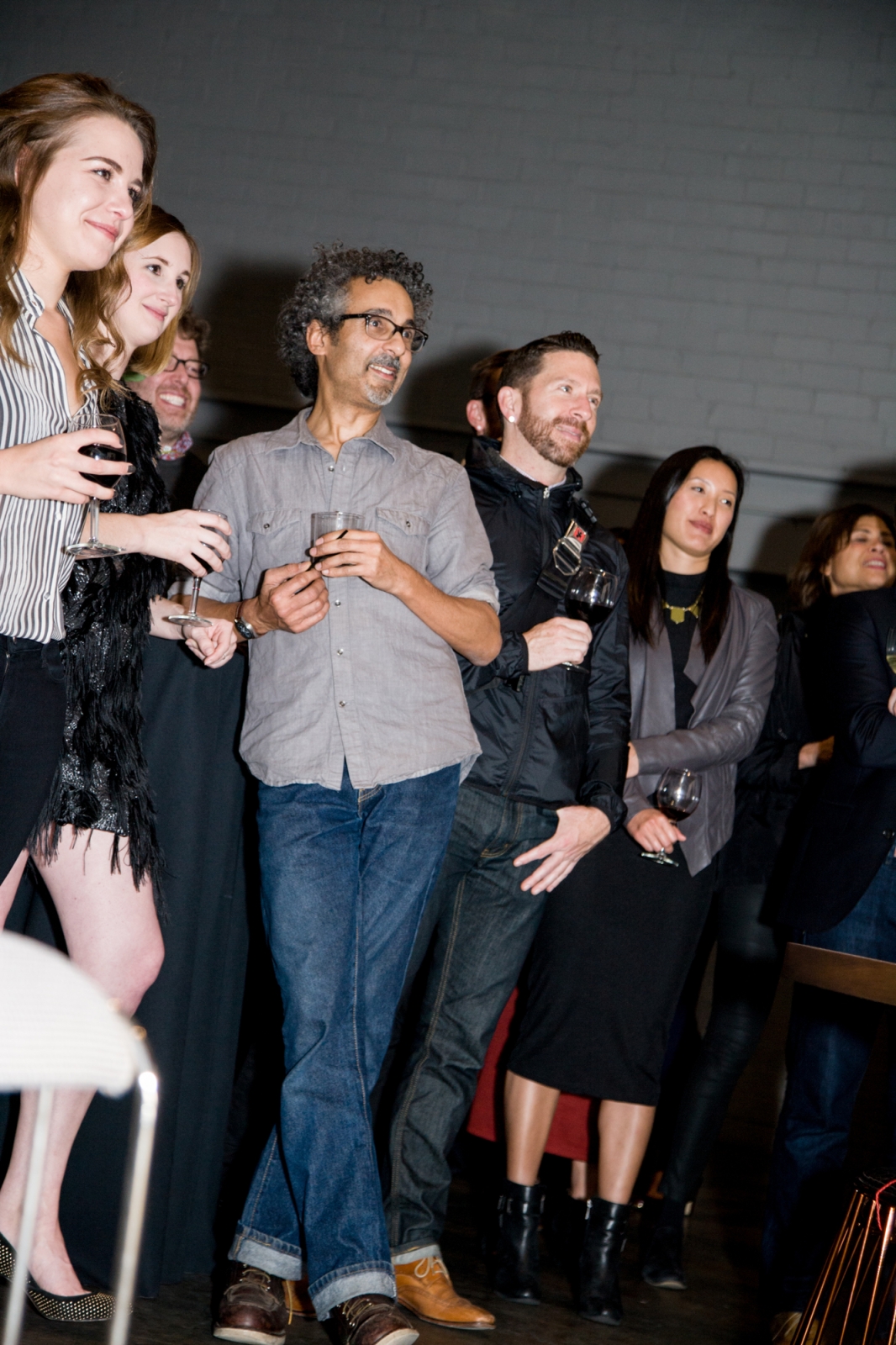 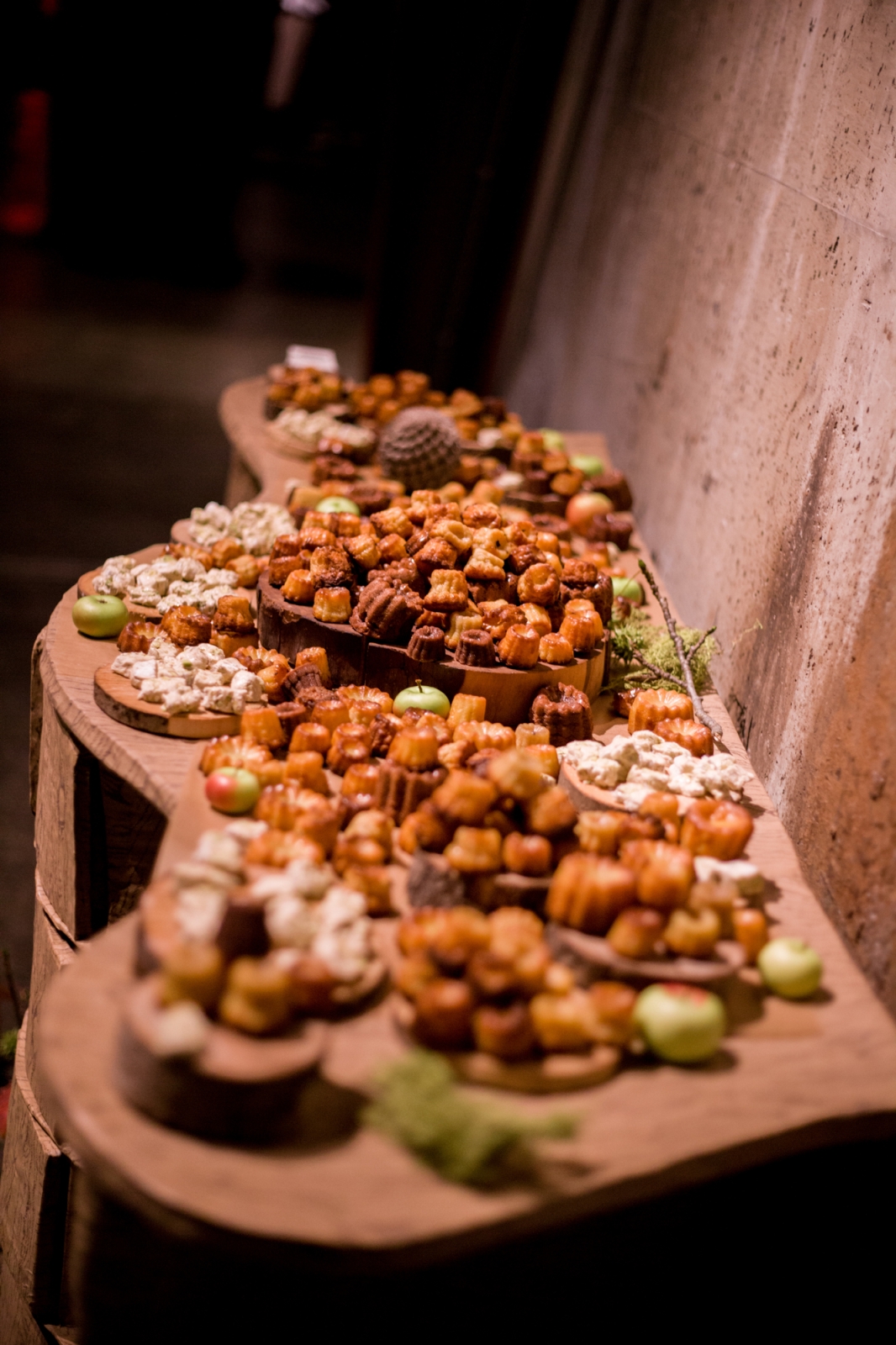 “Bring Apolo up!” Cindy called as Verda and Primo rose to accept their award, the resulting four-way hug caught on video for review (and later teasing) by his 11-year-old peers. Verda, speaking before the crowd of 1,300, noted that design was a calling, done not for money or acclaim, but for love, and Primo made it clear that building a successful design practice takes a lot more than two—and thanked them all.

After the ceremony, a sizeable contingent of Californians—among them Collin Burry, Clive Wilkinson, Joey Shimoda and the O+A team—converged on the Waldorf’s Bull and Bear Bar, so seriously understaffed for the crush that Primo’s reserved martini got hijacked.

A little after midnight, O+A’s evening gowns and black ties posed for a Vanity Fair-style portrait on the steps outside the Waldorf’s Vanderbilt Room. The preferred shoot site (under the chandelier) was taped off while a maintenance crew buffed the marble floors. It was almost one a.m, but the party was just beginning… 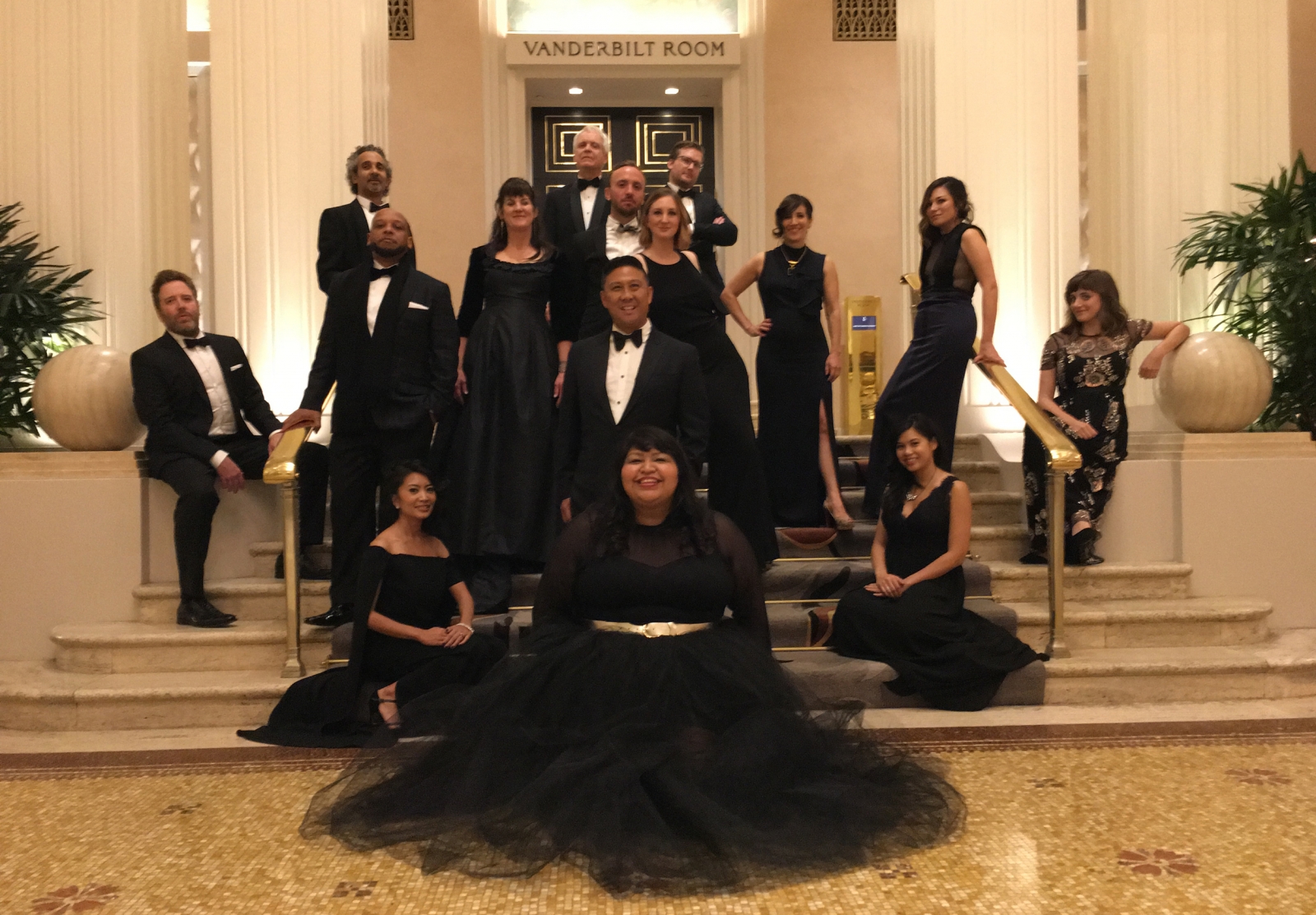 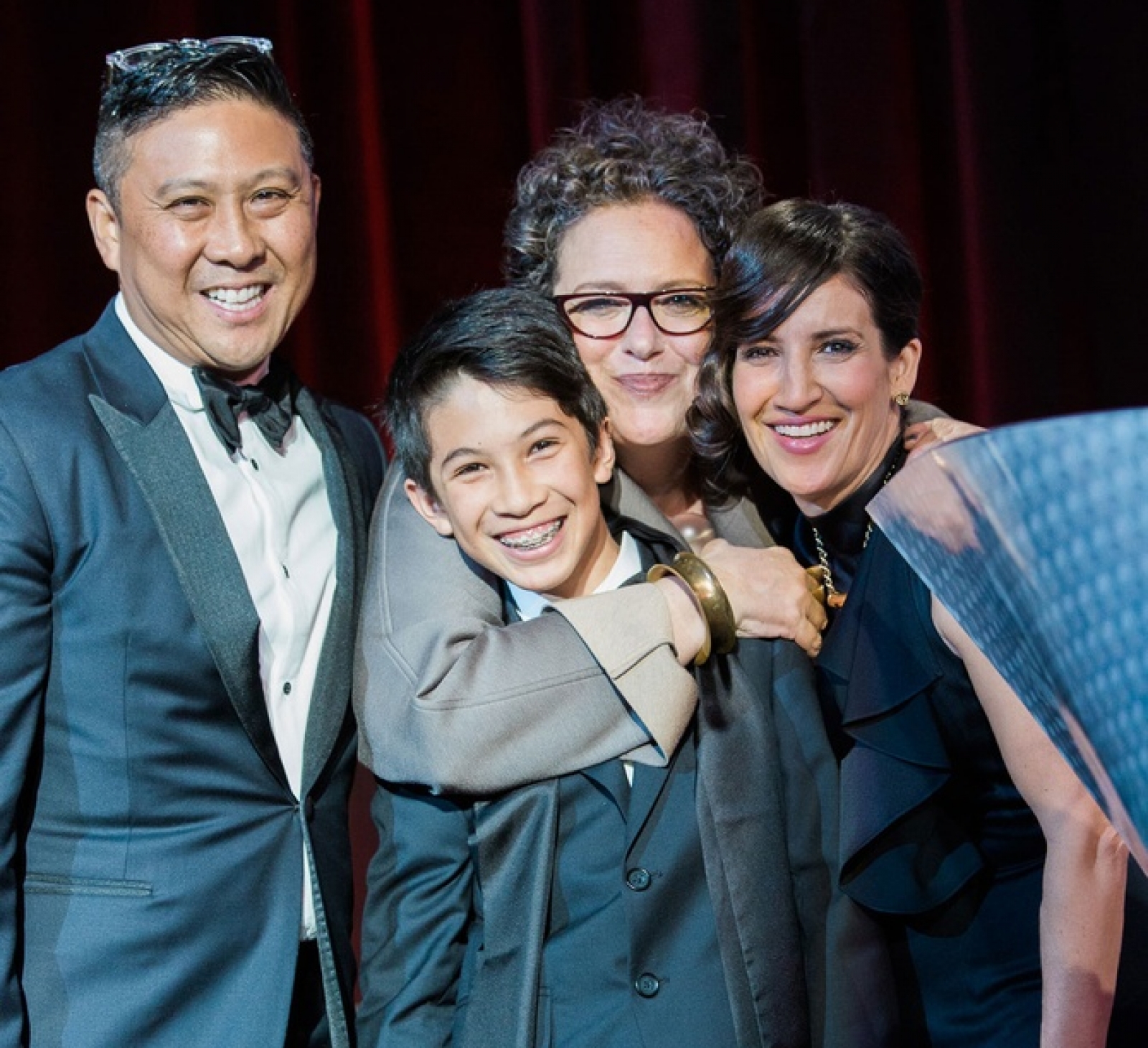