When Dependable Furniture Manufacturing launched the Blend workstation last year, utility and agility were the key features of O+A’s design. Originally tailored to the needs of the online real estate company from which it gets its name, the Blend workstation started off as a custom job. Now as we plan for a post-pandemic office it is looking more and more like a product for this moment.

“I think this system lent itself really well to post-pandemic design to begin with,” says Dani Gelfand, the O+A Senior Designer who joined the Blend project after lockdown. As it became clear that new health requirements were going to reshape workplaces, Dani made that the focus of her efforts. “We definitely designed with that in mind,” she says. “We pushed some pieces to the front of the line for prototyping—the ones that seemed more marketable in a return-to-work setting.”

The guiding concept was that everything had to be adaptable to a fraught new reality. “When I came on it was to finish out the entire statement of line,” Dani says. “We looked at things like incorporating a white board system and a mobile wall system, creating little partitions that also act as pegboards, pin-up space, acoustical dividers. You can reconfigure them and create these ad hoc work zones.” With “ad hoc” currently the only game in town, easy reconfiguration became a first requirement.

“What we ended up doing with the full breadth of the line was take the frame we’re using to separate each user and really give it a purpose, make sure that any accessories we create interact with it and can be used anywhere and on any of the products. A light that clamps on or a pocket for tools to hang off of—you can move those things around and they work with any of the pieces as long as that frame is there.” 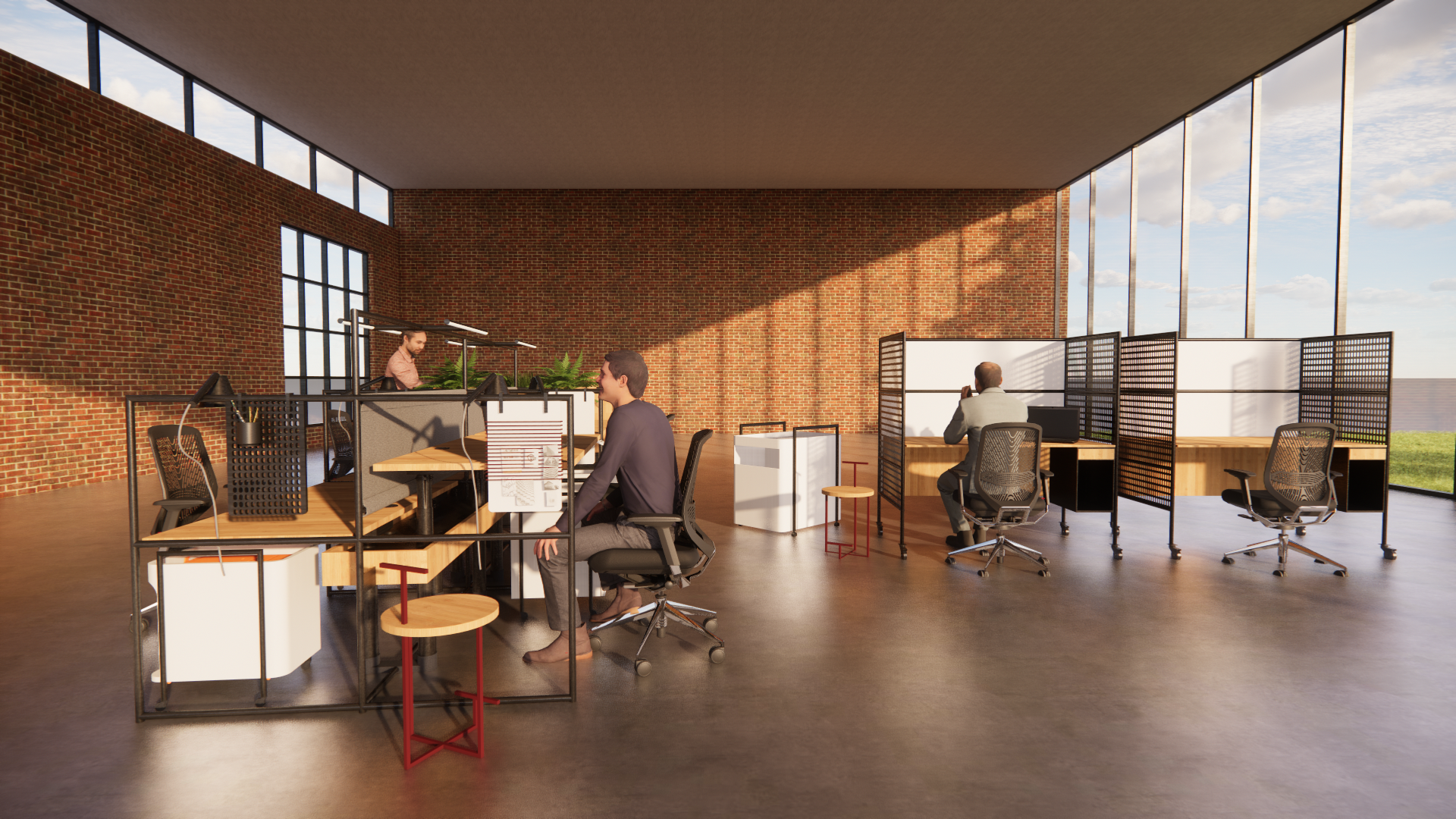 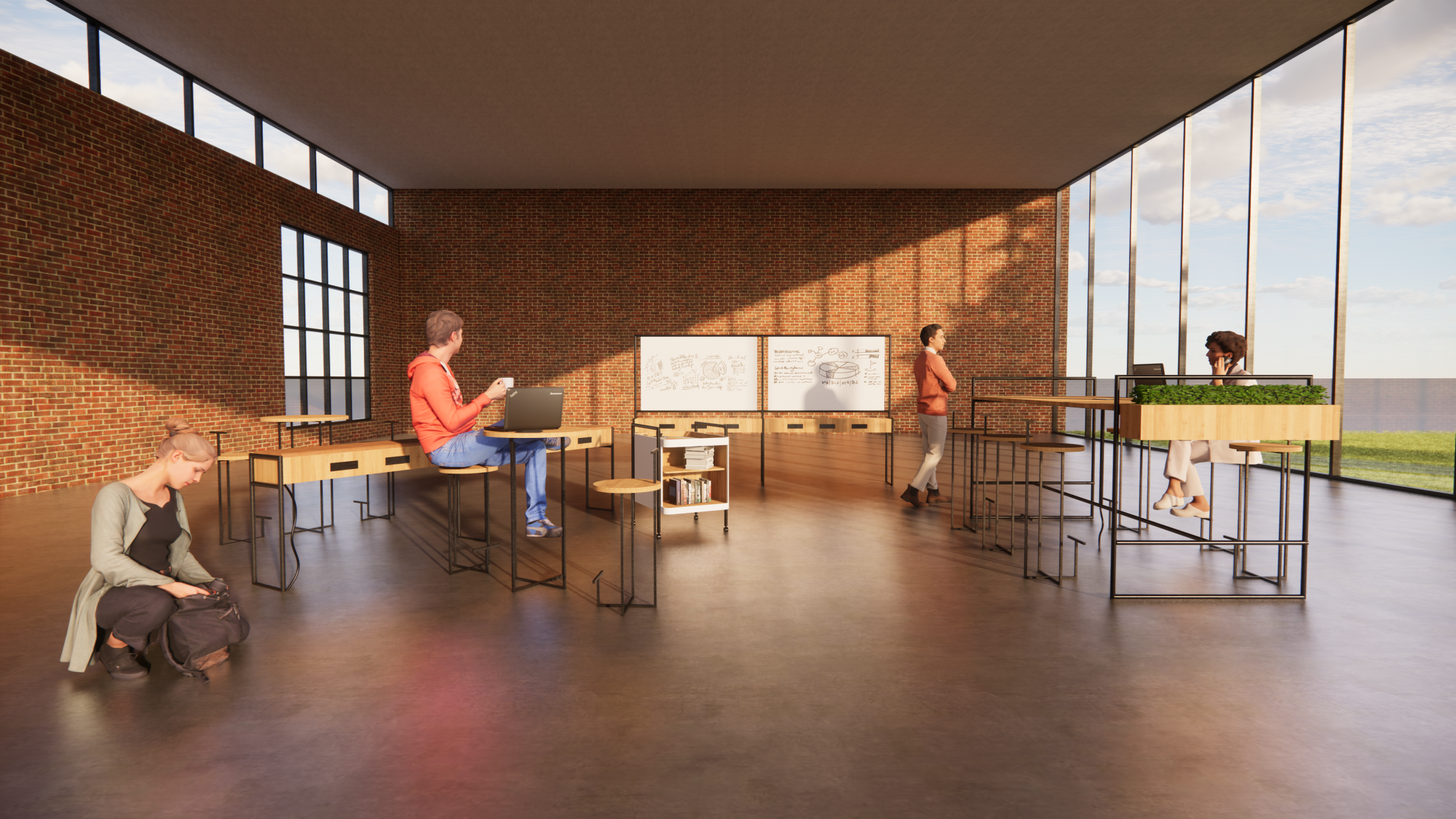 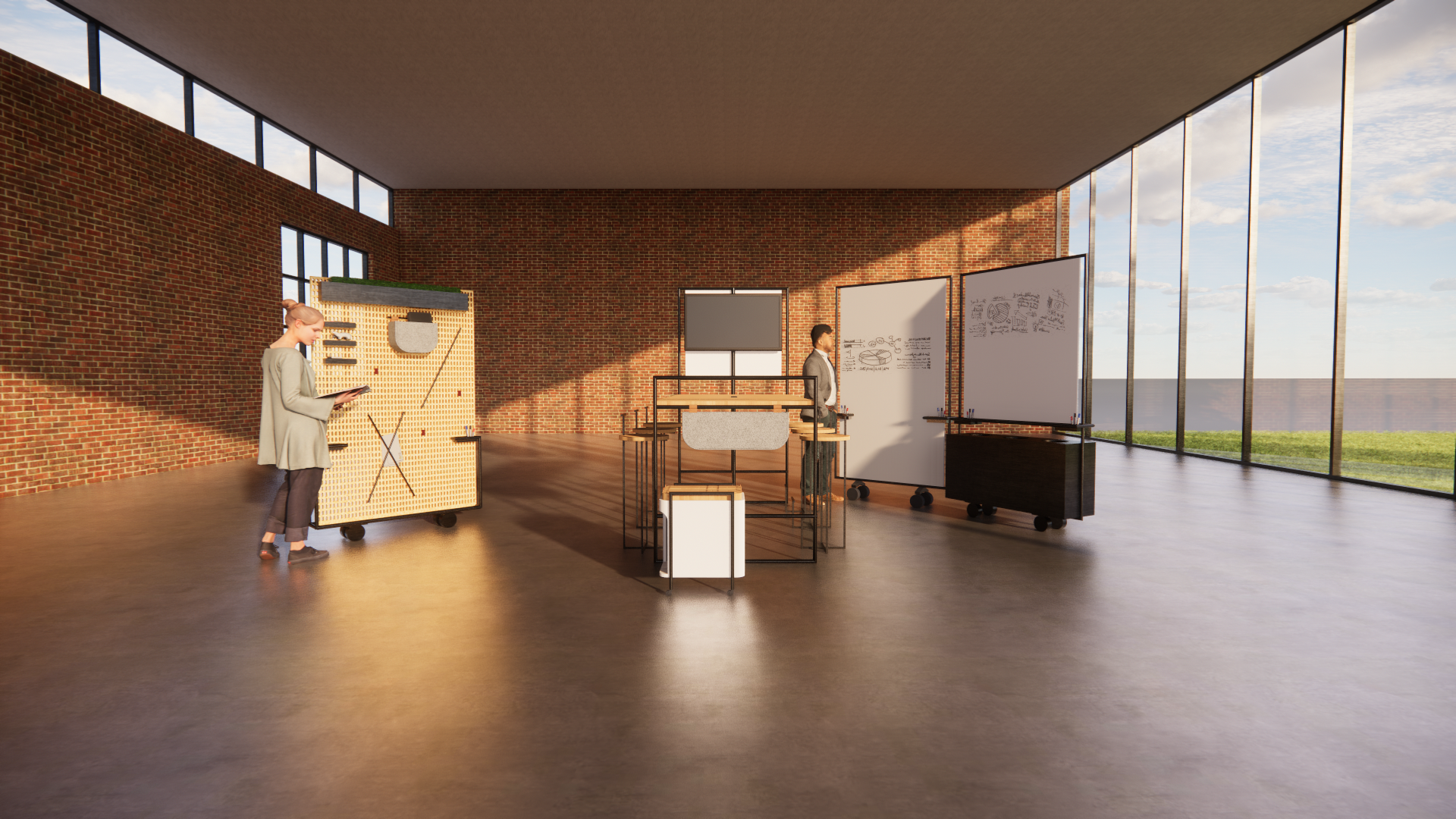 “What we ended up doing with the full breadth of the line was take the frame we’re using to separate each user and really give it a purpose, make sure that any accessories we create interact with it and can be used anywhere and on any of the products.” 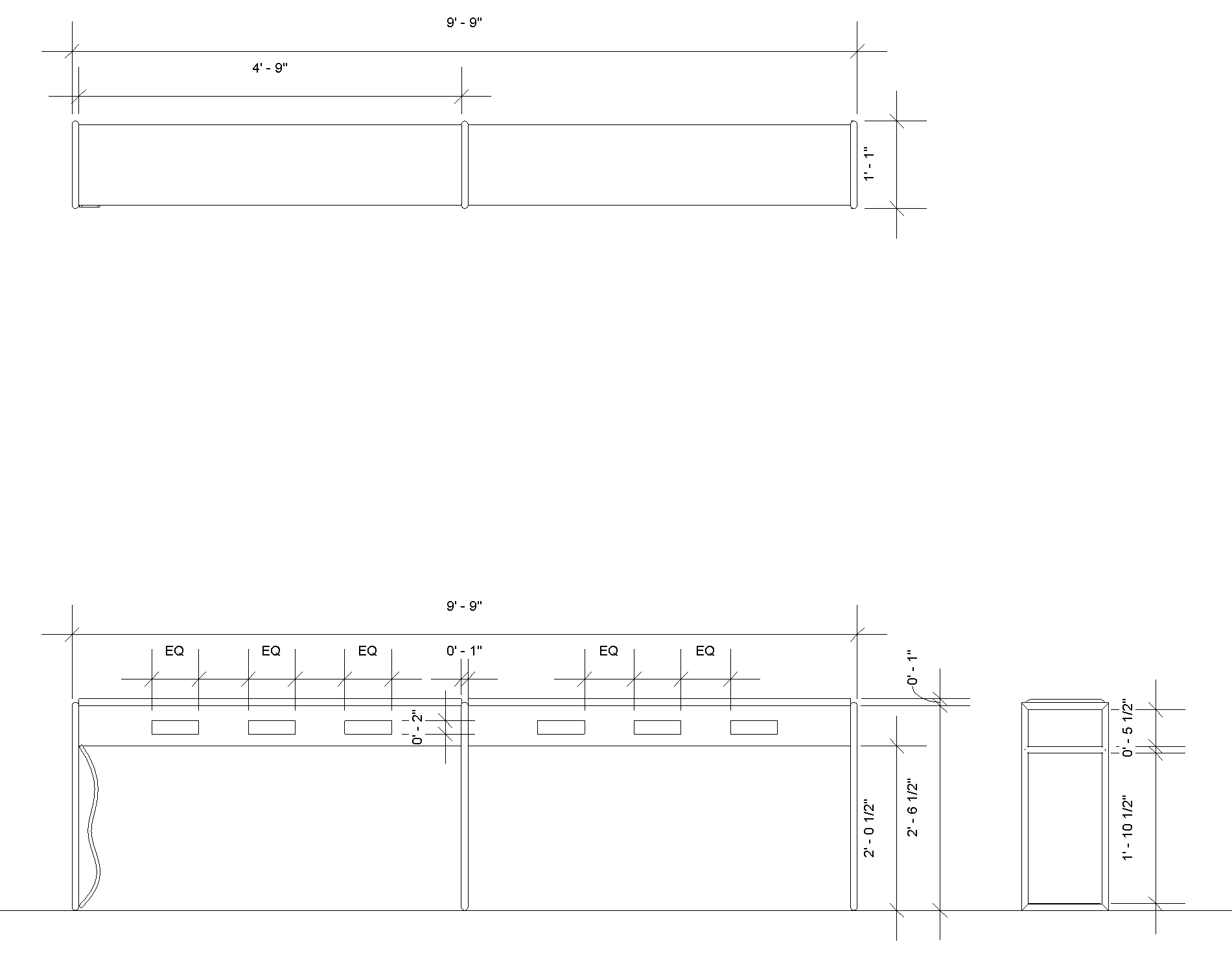 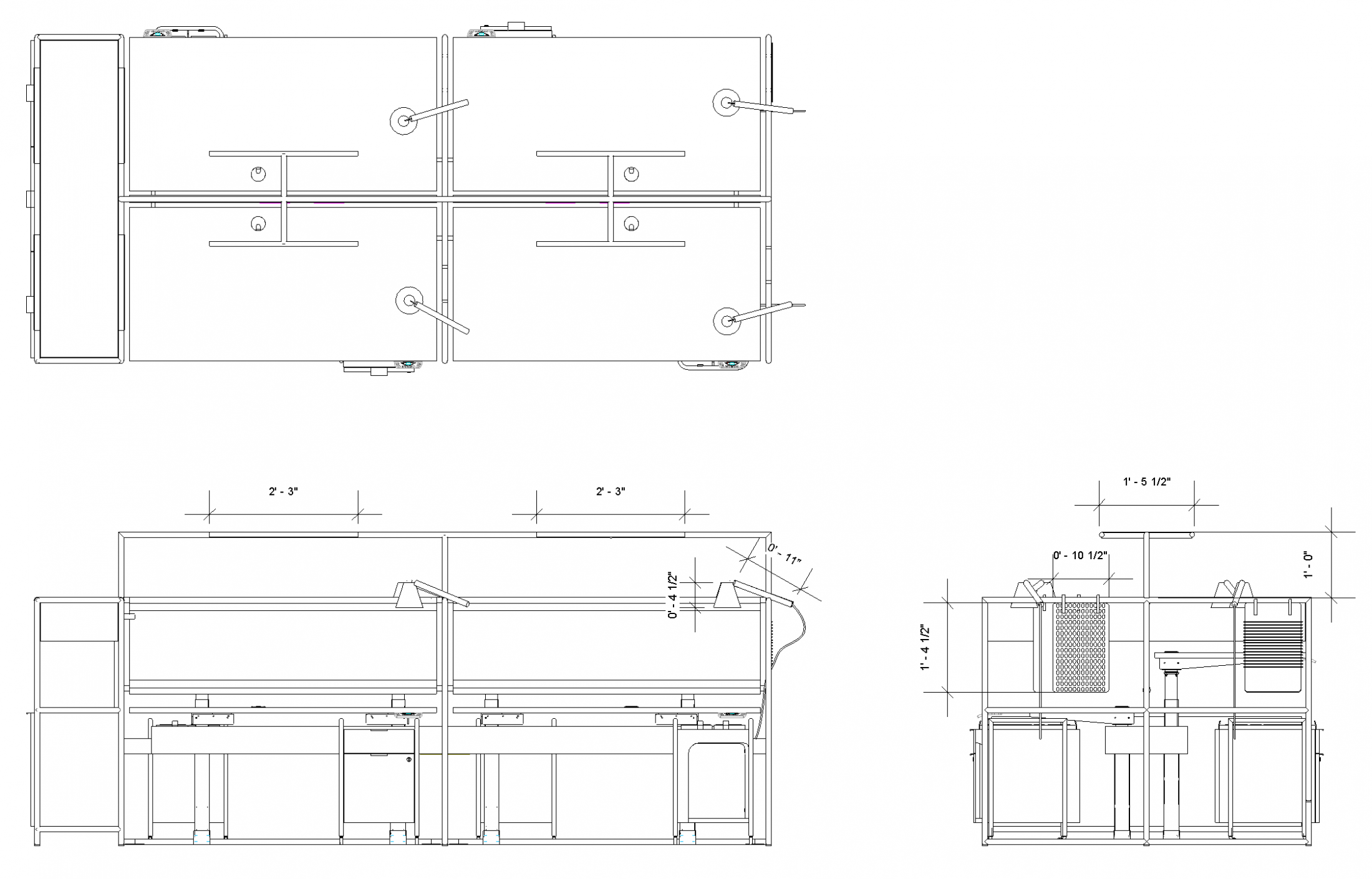 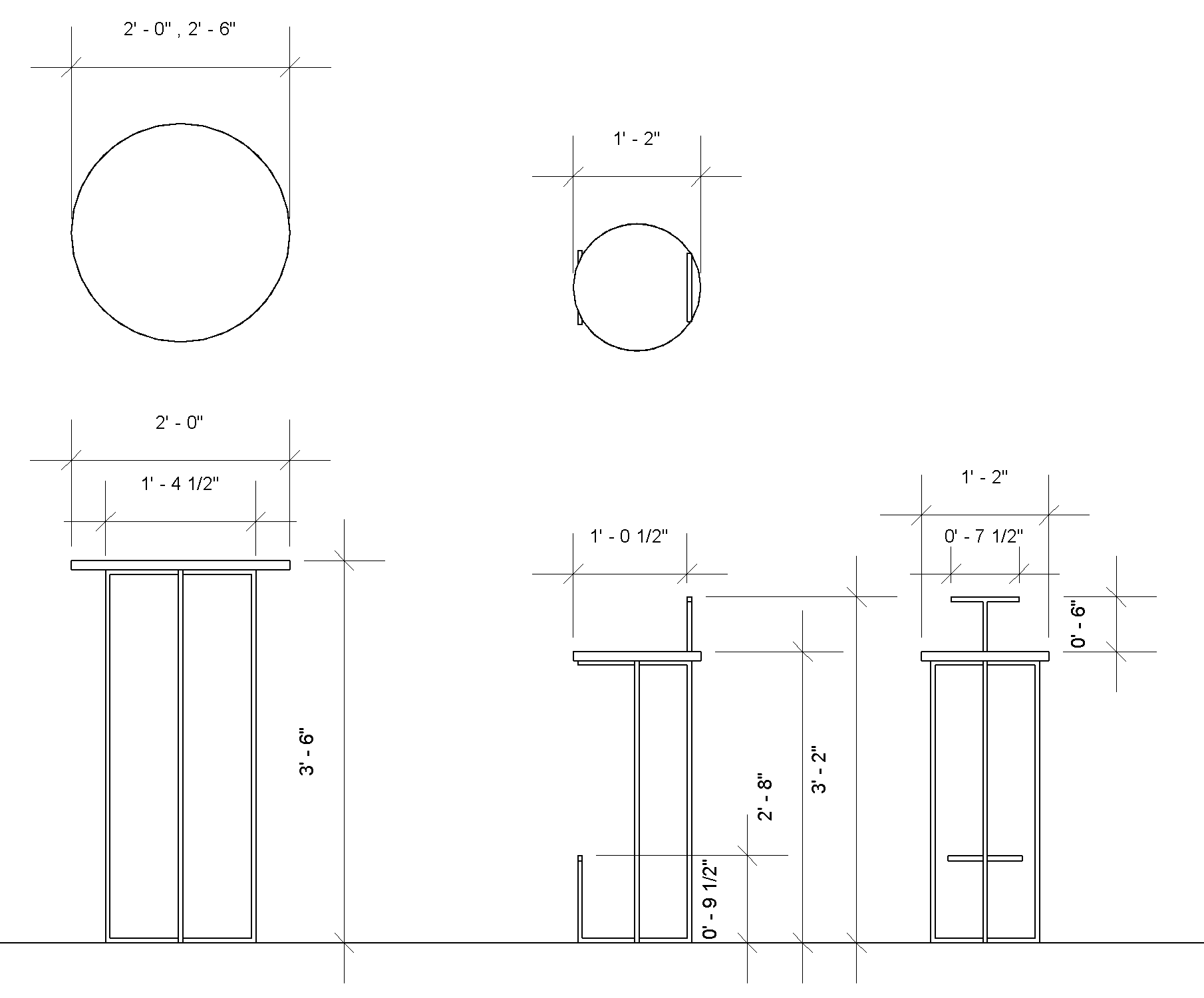 And all this was accomplished without sacrificing Blend’s svelte profile. “I think as designers when we try to design things it’s always like, slim it down, don’t make it so chunky. And a lot of the time manufacturers shy away from that because they want to make sure it stands up and they’re afraid it’s going to—you know, crumple. But DFM was able to maintain how slim and sleek the structure was and make it kind of a win all around.”

For Dani, one of the primary creators of O+A’s epic, multi-floor, multi-award-winning San Francisco office for Slack, zeroing in on a single workstation for the general market was something new. “I really like working on this scale,” she says. “Being able to focus on taking one small piece and making it perfect, thinking about the functionality of it and how people are going to use it in the workplace.”

Going forward, Dani will head up a new product design initiative at O+A. The program builds on the company’s previous collaborations with furniture manufacturers and will formalize a goal O+A has had for years: to apply what designers learn creating work environments to the crafting of tools and products that will furnish the spaces they make. “It’s kind of fun to get on the phone with a furniture manufacturer and be a part of that process,” she says. “Right now it feels like a familiar realm, but my goal for this is that we won’t limit ourselves to typical office furnishings. We’re going to reach into anything that O+A might think of using to curate a workplace—from desk accessories to ceramic planters.”

It’s a plan well-suited to the post-pandemic period of improvisation and experimentation. “A lot of tech firms out there just have rows and rows of benching,” Dani says. “Instead of trashing it and redoing all their workstations they have to figure out interim solutions. Attachable screens, mobile screens—things like that. I think the future of workstation design is going to be about smaller clusters and more division and separation.” And then realizing, perhaps, how radical that sounds coming from a proven practitioner of open plan, she hastens to add, “that doesn’t mean going backwards or traveling back in time to cubicles.” 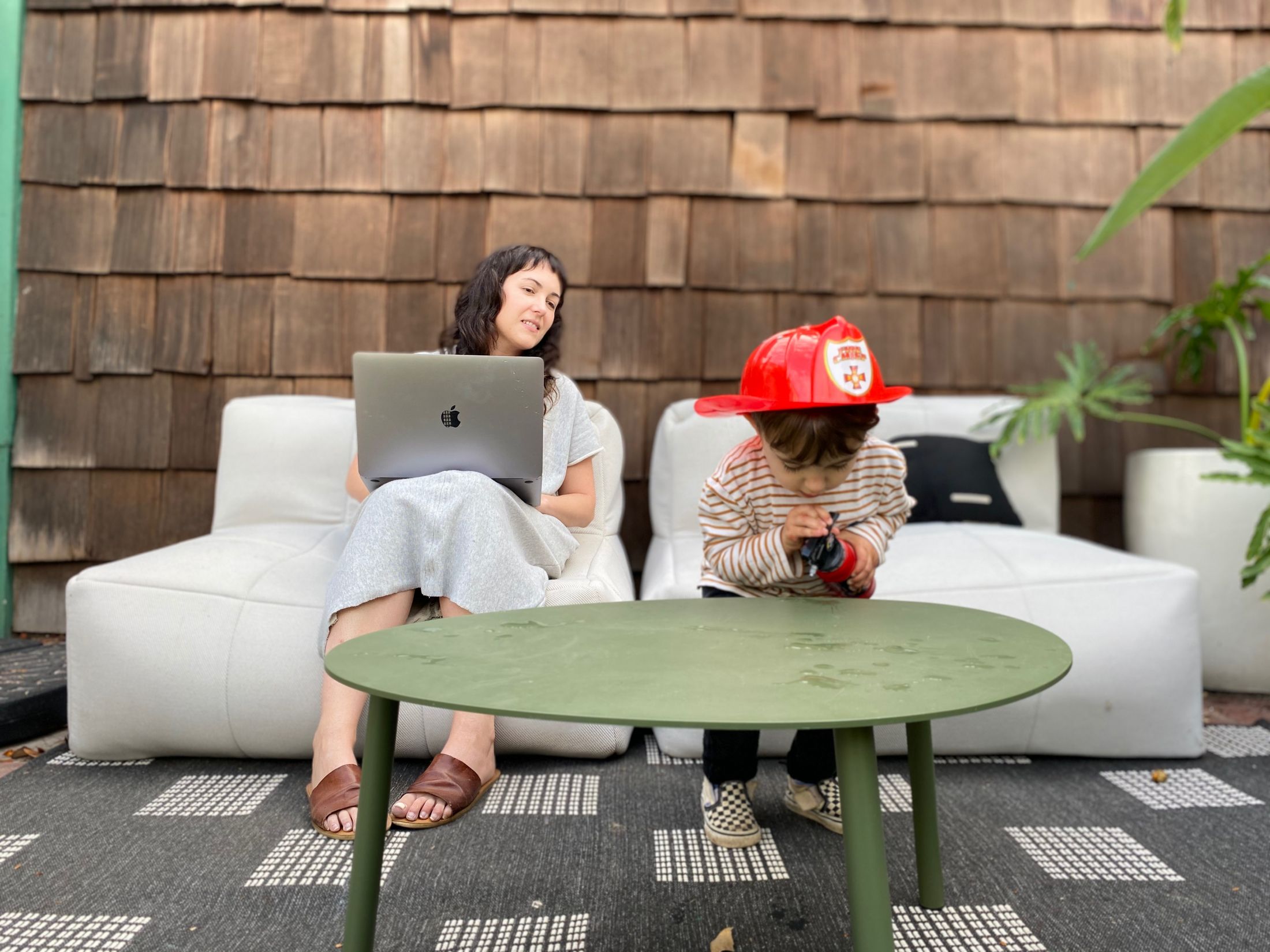 Scroll Up
We use cookies to ensure that we give you the best experience on our website. If you continue to use this site we will assume that you are happy with it.Ok