You’re home, you’re shut in, you’re catching up on old movies and, if you work in the design industry, you’re probably paying close attention to how those movies look. Over the next few weeks we’ll be looking again at movies by Wes Anderson, Sofia Coppola, Bong Joon Ho, Alfonso Cuaron, Roman Polanski and Stanley Kubrick to see how the production design—the interiors, the sets, the framing, the light, the colors—capture the spirit of each film and what impact these pop-culture cues have had on our collective built environment.

We’re starting with an outlier—Alfred Hitchcock’s “Rear Window,” a film you may not know if you’re under 40, but one that definitely relates to our time, first because it’s about being cooped up at home and viewing an increasingly sinister world out your window and second, because Alfred Hitchcock was very much the Wes Anderson of his day.

Born in East London in 1899, Hitchcock was a shy child who grew up to become Britain’s first important film director, a movie nerd before the word nerd existed. His silent film “The Lodger” about Jack the Ripper established his area of expertise early: crime and suspense. His first film with sound “Blackmail” used the new technology far more inventively than the big Hollywood studios did, and the movies he made in London in the early 1930s—“The 39 Steps,” “Sabotage,” “The Lady Vanishes”—are enjoyably quirky even now. But it wasn’t until he got to Hollywood and started working with big stars like Cary Grant, Ingrid Bergman, Jimmy Stewart and Grace Kelly that “Alfred Hitchcock” became a brand recognized around the world.

“Rear Window” is one of Hitchcock’s best. Jimmy Stewart plays a photographer with a broken leg recuperating at home in his New York apartment and passing the time by watching his neighbors across a courtyard. There’s a heat wave on and everyone’s windows are open—this is early 1950s before air conditioning was common. Each window frames a separate story, observed in miniature, but one of those stories gradually dominates the film. Stewart suspects a man he is watching of having murdered his wife and enlists the help of his girlfriend Grace Kelly to gather enough evidence to get the cops involved. 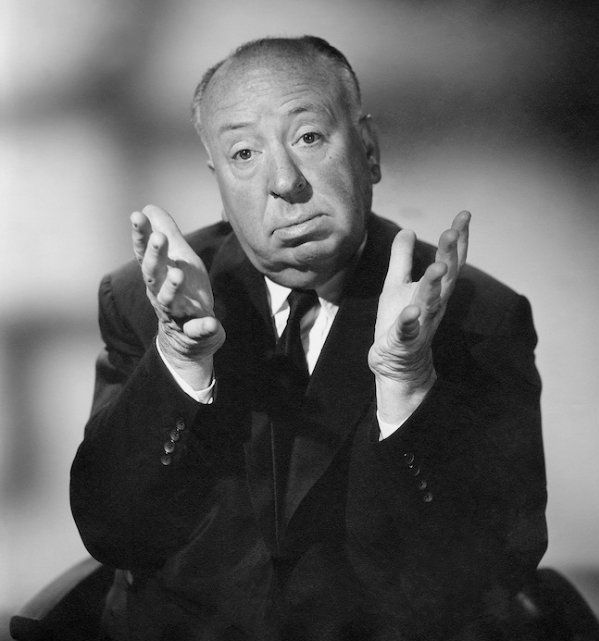 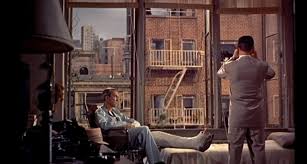 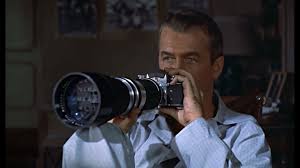 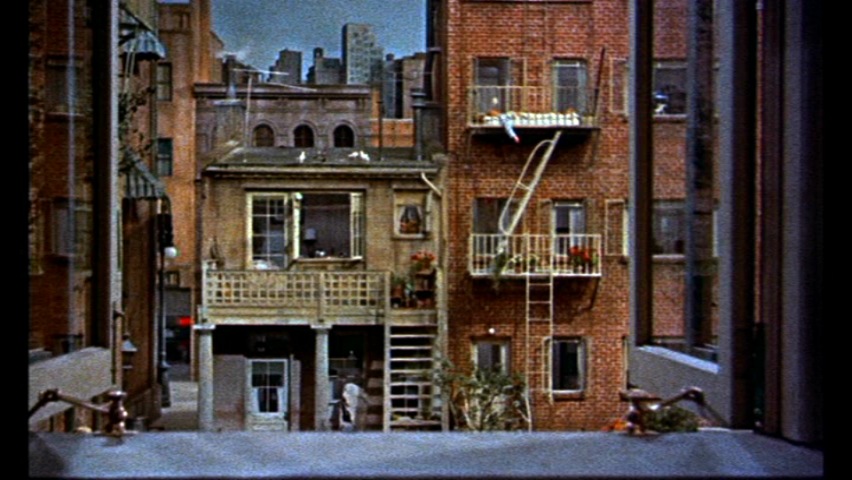 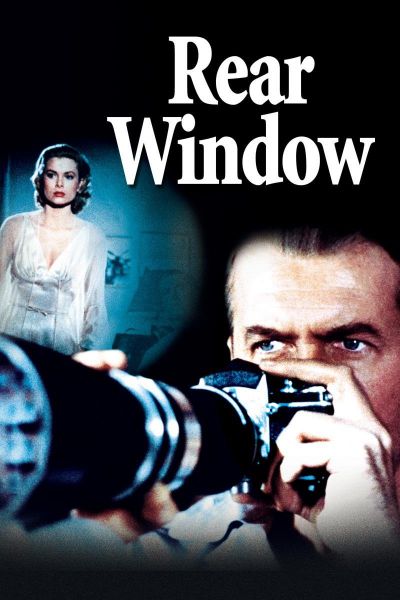 Viewed as a human drama (or comedy) “Rear Window” is not exactly insightful. Its relationships are 1950s clichés—the woman wants to get married, the man doesn’t; the skeptical cop is gruff; Stewart’s visiting nurse gruffer. But we don’t watch “Rear Window” for its character studies. We watch it for its thrills and shivers. The film is a contraption of perfectly assembled elements—the courtyard, the heat wave, the open windows—put in motion to create a rollercoaster ride. Hitchcock’s architectural way with the story, the carefully curated world in each window, foreshadows Wes Anderson’s Advent calendar approach to movie design and applies a similarly obsessive sensibility for visual detail. Even the murderer is styled to pop. Played by Raymond Burr (soon to become television’s most famous lawyer, Perry Mason), his shock of white hair distinguishes him from the other characters spied through their windows and not in a good way. The scene late in the film when he finally realizes he’s being watched and raises his eyes to look straight into the camera always draws a scream from the audience.

“Rear Window’s” other star is its set. Shot entirely on a soundstage at Paramount Pictures in 1954, the film’s massive interior courtyard evokes the pleasure of stage design, that moment when the curtain goes up and a meticulously imagined artificial world is revealed. Veteran Hollywood Art Director Hal Pereira built a complex play structure for Hitchcock to romp in, and the director took its constraints as a design puzzle: How to keep a one-set movie visually arresting for 115 minutes.

His answer was to use every inch of it. Famous for the mobility of his camera, Hitchcock here lets it explore every surface, poke into every corner, peer into every window. The lighting design by Cinematographer Robert Burks changes the aspect of the space according to its circadian rhythm. Using to their advantage the artificiality of 1950s Technicolor Hitchcock and Burks get effects akin to stage lighting. Even weather gets into the act. Hal Pereira’s set included a functioning drainage system to handle a rainstorm scene.

Hitchcock’s versatile use of this constrained space is an example of an observation he once made to French director Francois Truffaut: “You might say that a filmmaker can use a telephone booth pretty much in the same way a novelist uses a blank sheet of paper.” By which he meant the physical limitations of a set are the existing conditions within which a director must find variety, movement, interest and surprise. That Hitchcock did so splendidly in this jewel box movie is one more reason to see it now.