When “The Bling Ring” opened in 2013 some reviewers objected to the film’s apparent lack of a moral viewpoint—or rather to a moral viewpoint that declined to condemn its thieving young subjects. The Rotten Tomatoes “Critics Consensus” was, “While it’s certainly timely and beautifully filmed, ‘The Bling Ring’ suffers from director Sofia Coppola’s failure to delve beneath the surface of its shallow protagonists’ real-life crimes.” Funny how consensus tastemaking tends to trip on its own shoelaces—a one-line dismissal of a movie for its shallowness!

“The Bling Ring” casts a cool eye on “cool”—that most over-used word in the design lexicon. It’s a layered—NOT shallow—presentation of where celebrity culture and social media were heading years before their darker consequences became fully apparent in our politics. Based on a true story of teenagers in Calabasas, California who burglarized the homes of celebrities, stealing over $3 million in cash, clothing, designer handbags, shoes and other glitz, the film tied brand identity to personal identity. In the movie, as in reality, the young thieves weren’t just stealing swag; they were stealing a lifestyle. They were building their own personal brands.

Unlike “The Social Network,” the Facebook origin story by director David Fincher and screenwriter Aaron Sorkin three years earlier, Coppola’s film (which she wrote and directed) did not take an outsider’s perspective. Its narrative view was from inside the social media vortex—back then dominated by Facebook and reality television. Where Fincher/Sorkin made their critical position clear, Coppola maintained a field biologist’s reserve, watching her gang of Beverly Hills burglars like Jane Goodall observing a troupe of young chimpanzees.

In this study, she was assisted by her cinematographer Harris Savides whose resumé included Levis commercials and music videos for Michael Jackson and Madonna. Savides’s familiarity with the milieu allowed him to shoot it without glamour or censure. And his modesty as an artist was perfectly attuned to the film’s chill approach. Savides died before “The Bling Ring” was released, but his sensibility pervades the movie. “I’m always wary of the fact of making things too beautiful,” he told Cine-Fils Magazine. “Some of the most beautiful movies I’ve seen haven’t been very good.”

In one of those hall-of-mirrors inversions that make modern media so confounding, Sofia Coppola persuaded Paris Hilton, the real victim of the real Bling Ring’s real crimes, to play herself in the movie—and more to the point, to allow her home to play itself. “Sofia came to my birthday party,” Hilton told Access Hollywood when the movie premiered in 2013, “and asked me if it would be okay to shoot the house. I respect her so much as a director, she’s so amazing, that I said yes.” 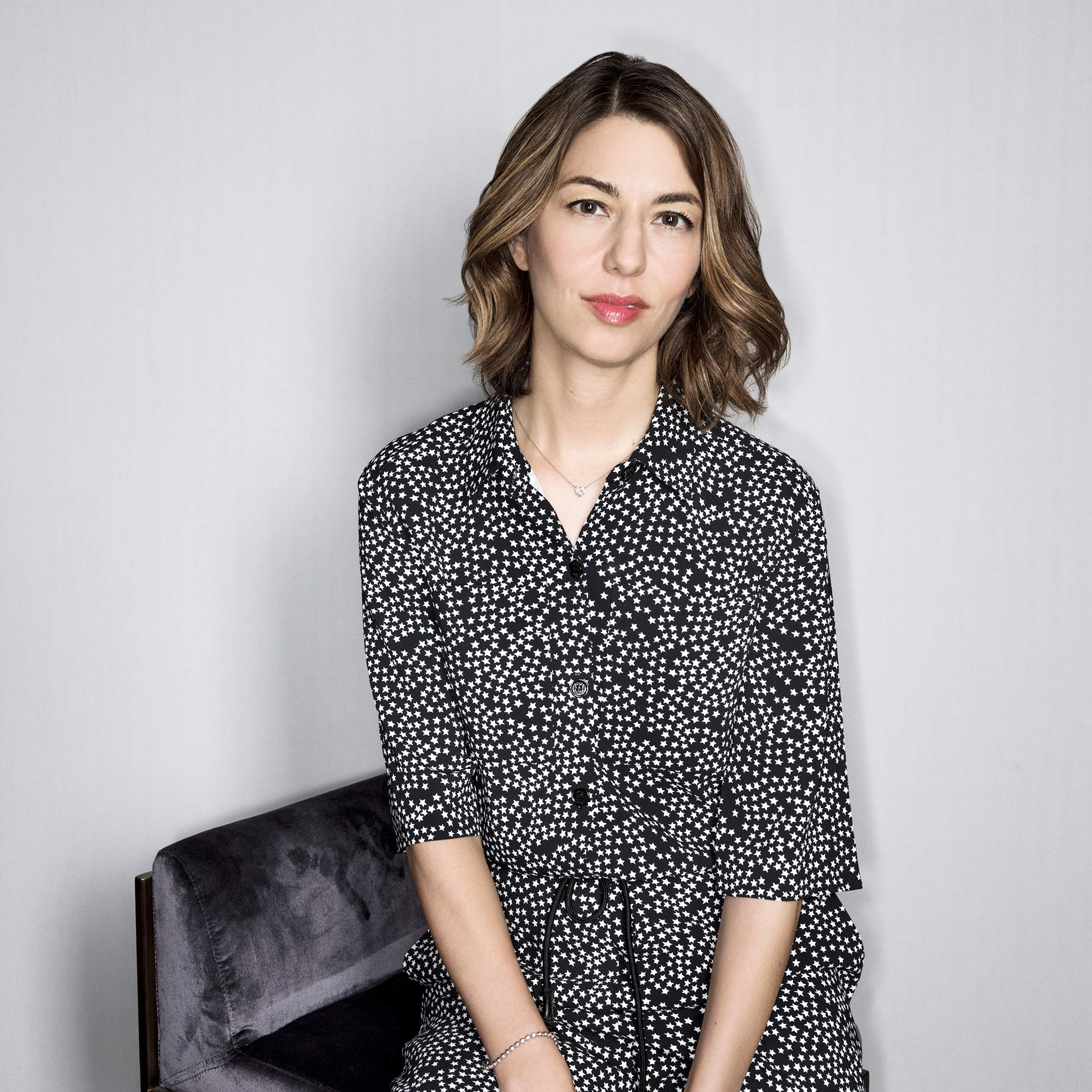 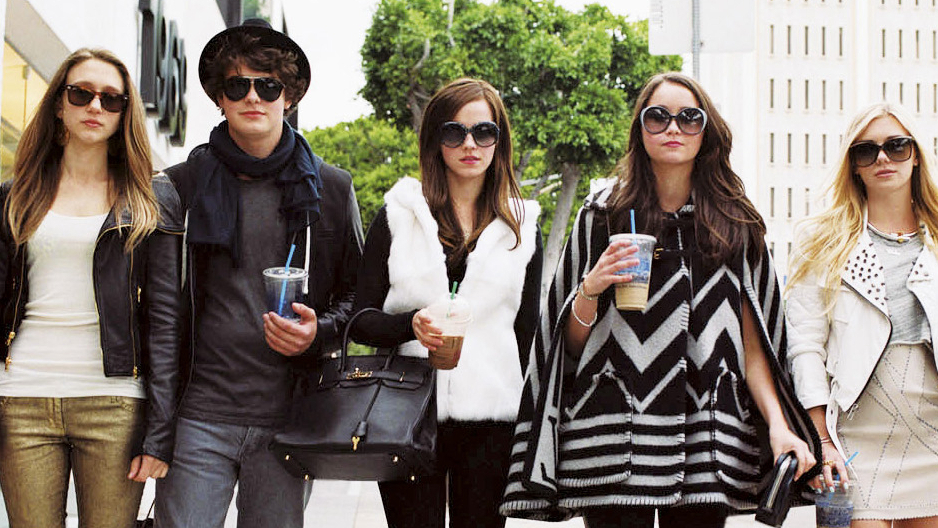 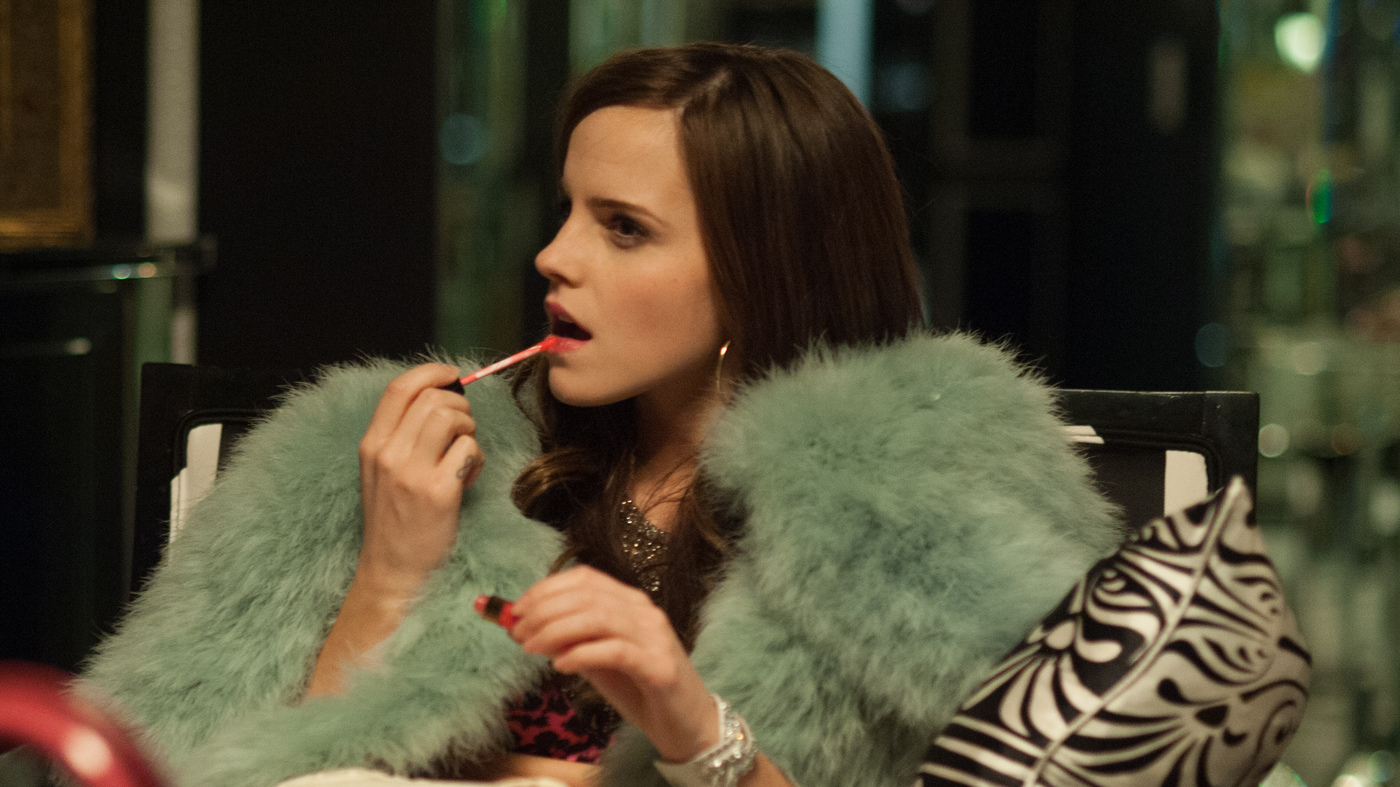 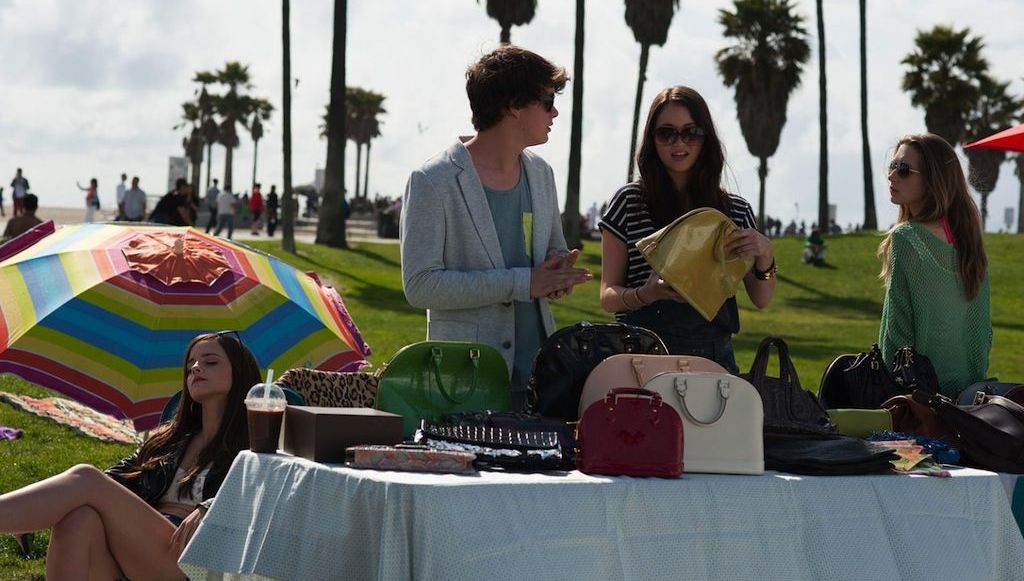 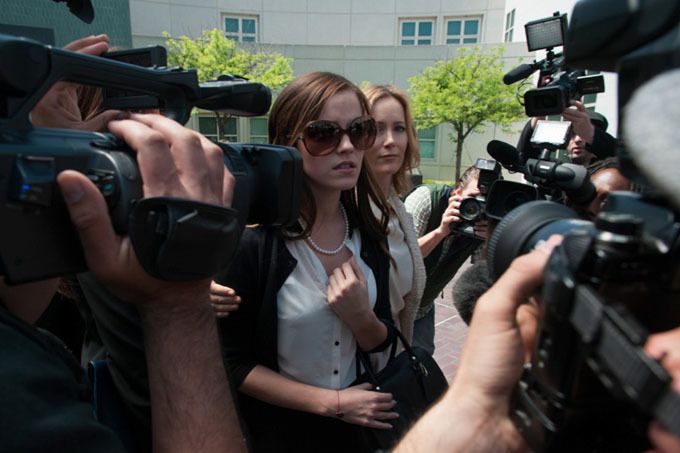 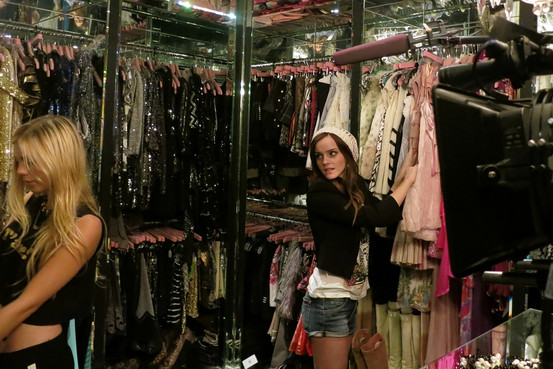 So in addition to Paris Hilton’s cameo in the movie, we get cameos by Paris Hilton’s shoes, Paris Hilton’s walk-in closet, Paris Hilton’s home dance floor complete with stripper pole. The idea that someone’s home might be fitted out like a department store echoes photographer Peter Menzel’s classic 1995 book “Material World” in which people from around the world sit for a family portrait outside their homes surrounded by their possessions. For some it’s a few meager items, for others it’s—a department store!

Sofia Coppola and Harris Savides put all this on the screen for us to see, but they didn’t editorialize about it. The true spirit of the film is best captured in a long shot of another home robbery. We watch from a comfortable, elevated distance as the carefree young miscreants enter a showcase LA house, all horizontal platforms and glass walls and make their way through the austere interiors, turning lights on and off and leaving with their arms full of loot.

“It’s scary that celebrity has become such an obsession,” Paris Hilton told Access Hollywood. “I think these kids just wanted a piece of everyone’s life and they thought they could get it by stealing it.” Everyone’s life? The culture of obliviousness speaks eloquently for itself.