“Twelve True Tales of Workplace Design” On A Bookshelf Near You

The book boat has landed! O+A’s new book, Studio O+A: Twelve True Tales of Workplace Design has crossed the Atlantic and will soon be available in bookstores around the country.

Close followers of O+A may experience déjà vu at this announcement—the book’s first edition made a brief appearance last year and then had to be withdrawn when a printer’s glitch caused the cover art to rub off. Not a good look for a design company.

But the new edition, rebound and indelible, is back! To mark the occasion the Cooper Hewitt, Smithsonian Design Museum in New York hosted a signing with Primo and Verda on in May.

The book, which was produced in Amsterdam by FRAME Publishers, takes the typical designer’s monograph and gives it an art-book makeover complete with inventive graphic design, photography that jumps off the page, pointed commentary—even a comic book. 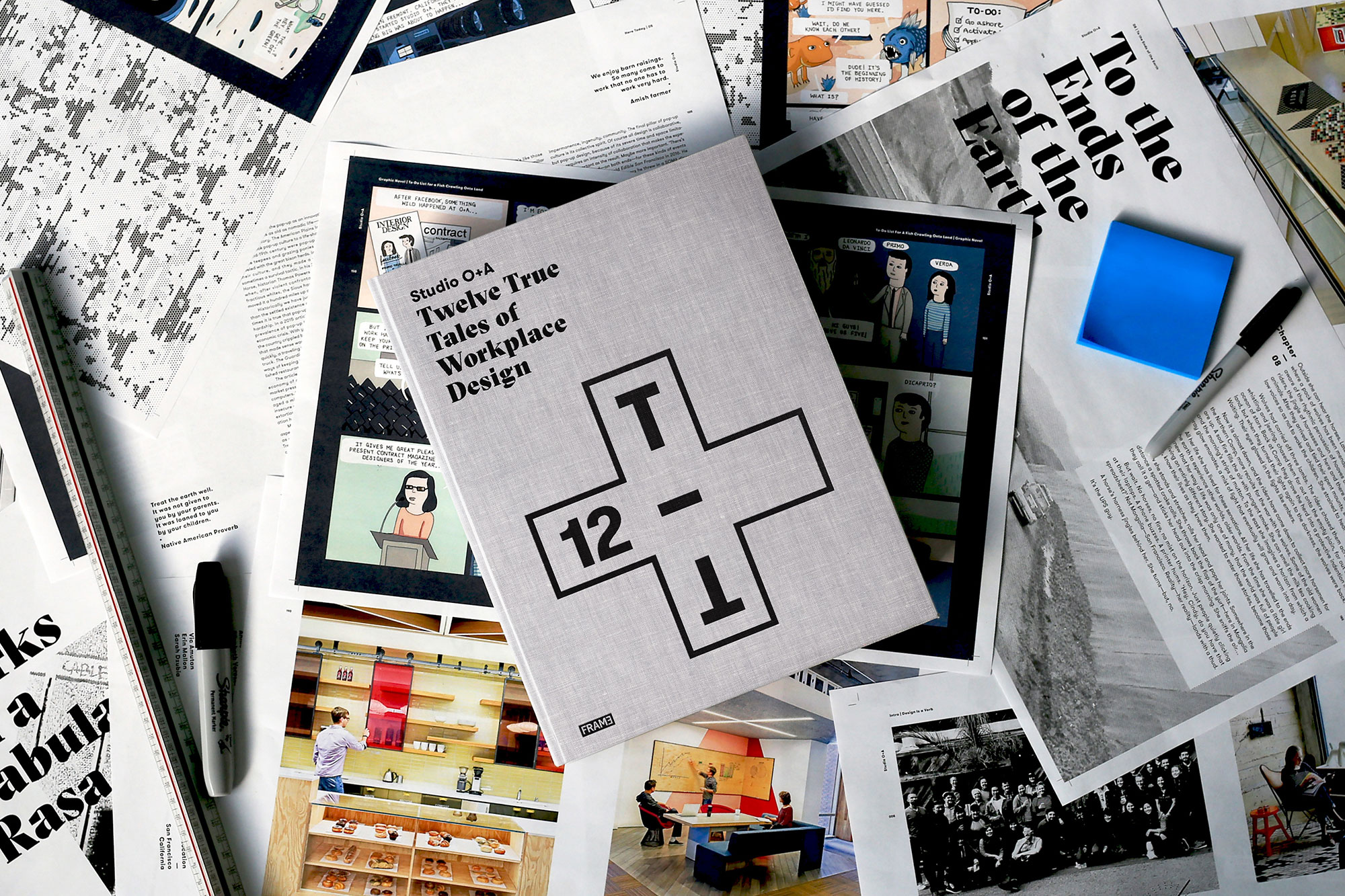 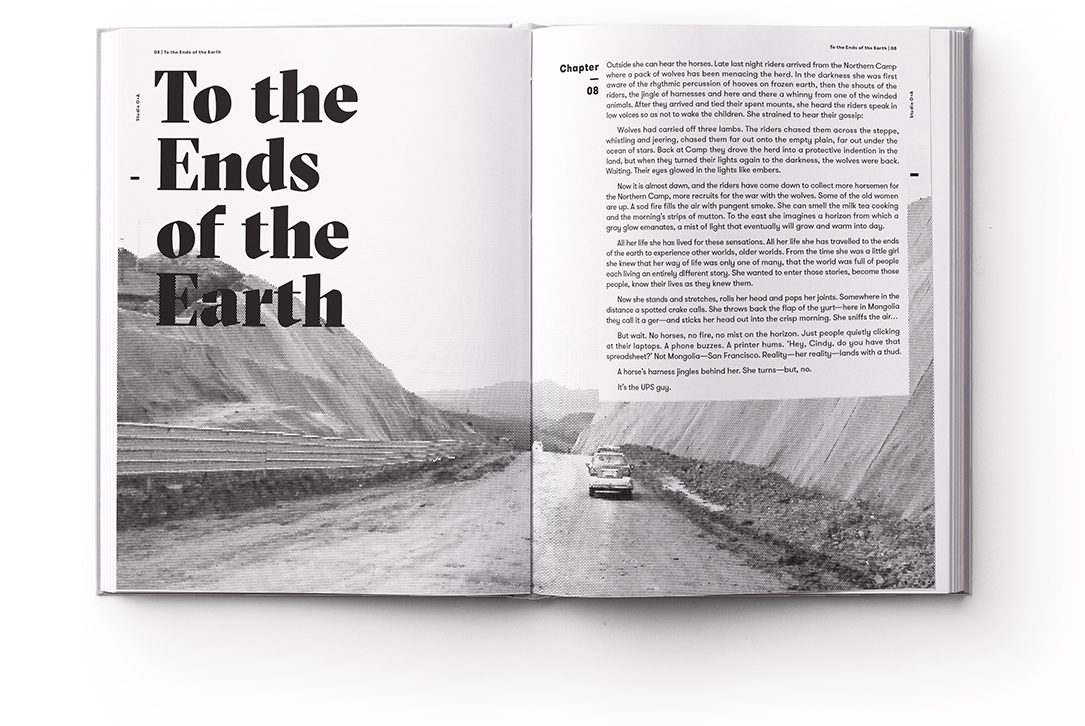 It all started with Primo.

For several years he pushed to get O+A’s work between hard covers, talking personally with publishers, pitching book concepts, never letting the light go out. A few years ago at Salone del Mobile in Milan, Primo ran into Robert Thiemann, the co-founder of FRAME and mentioned O+A was eager to do a book. Thiemann had been watching us ever since we began submitting projects to FRAME’s Great Indoors Awards in 2009. Together they agreed the time was right for a 27-year retrospective.

But not just any retrospective. O+A’s team approached the book with the same eagerness to rethink conventions that O+A designers bring to workplace projects. Instead of asking what a monograph typically includes, O+A asked how a reader typically reads. With this kind of book, the team observed, most readers browse, jumping from page to page, subject to subject. The goal became a book that would engage the eye and engage the mind wherever a reader happened to land. Each two-page spread became an invitation to linger. Each block of text was a free-standing essay, seeded with provocations.

Structurally, Twelve True Tales is divided into a dozen chapters each beginning with a story—either true or “true.”

The story leads to a proverb, which leads to an essay, which in turn leads to an O+A project or projects that illustrate the point. Like an O+A work environment, every chapter is a layered rendering of a narrative that can be experienced front to back or activated at any point.

Probably the most unusual feature of the book is its centerpiece. Calculating that company history is the snore of any monograph, the book team selected parody as the appropriate form for its history section, added elements of fantasy—talking fish, a rhinoceros, a sojourn on the moon—and rendered the last 25 years as a comic book.

“It was a crazy long line for books!” Verda emailed from the first book signing at last year’s NeoCon. Good to know that while technology may be changing the design world, the best technology for putting images and words together is still pages bound between two covers. Beautiful pages, if we do say so ourselves.

+ Photos of our Book Signing at Cooper Hewitt 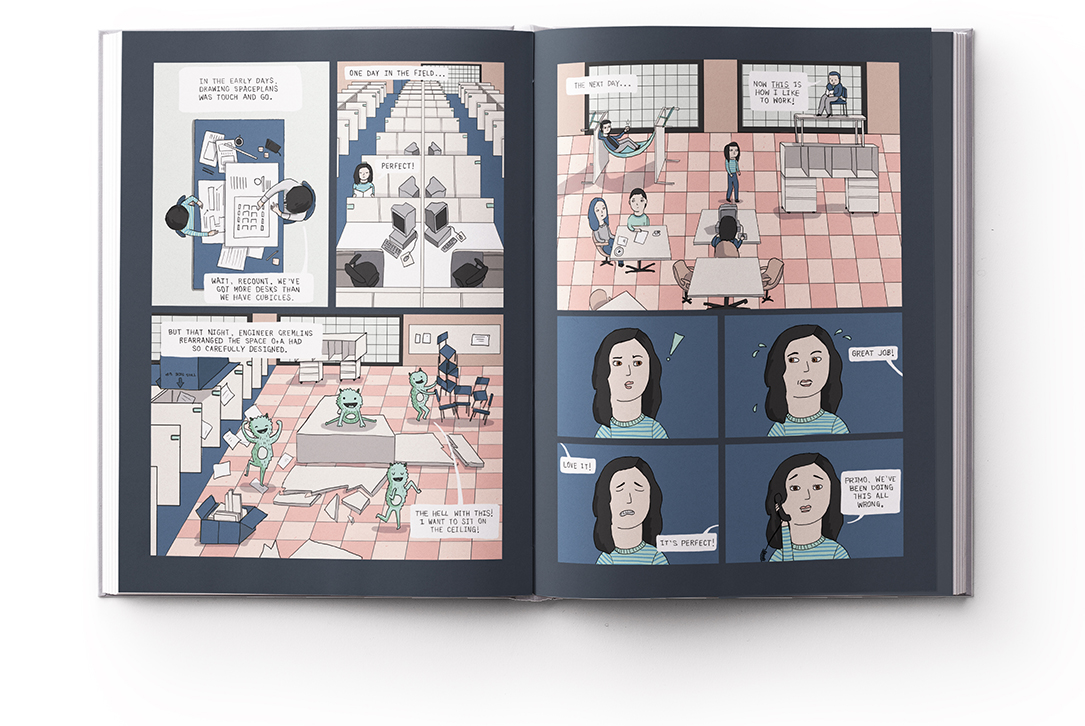 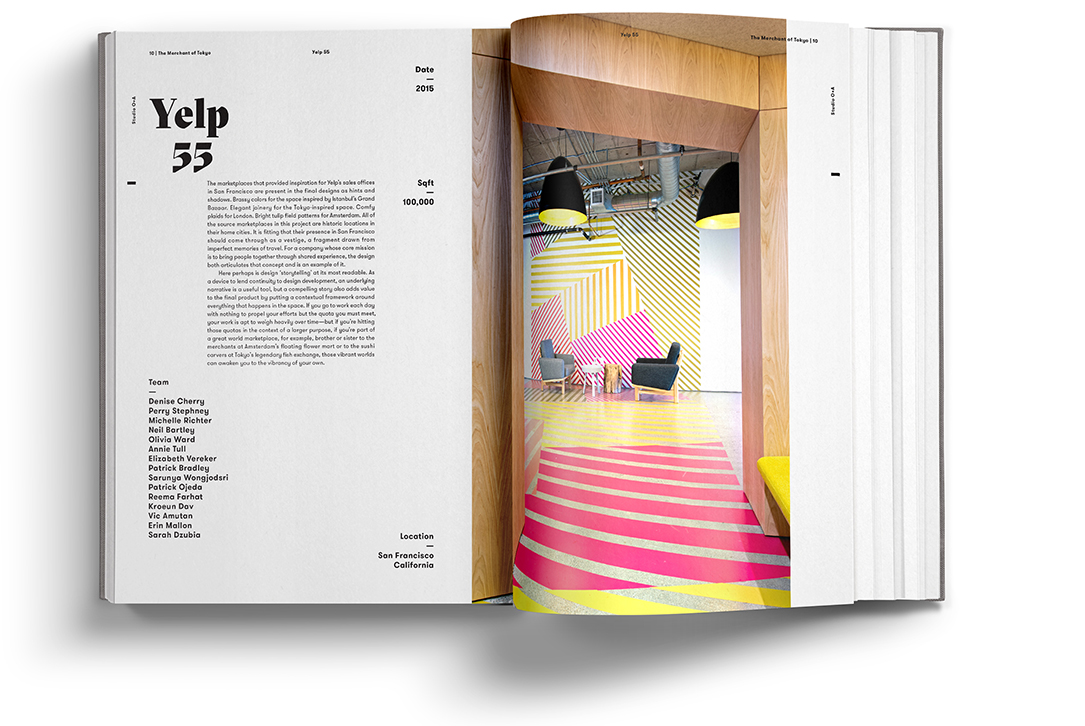