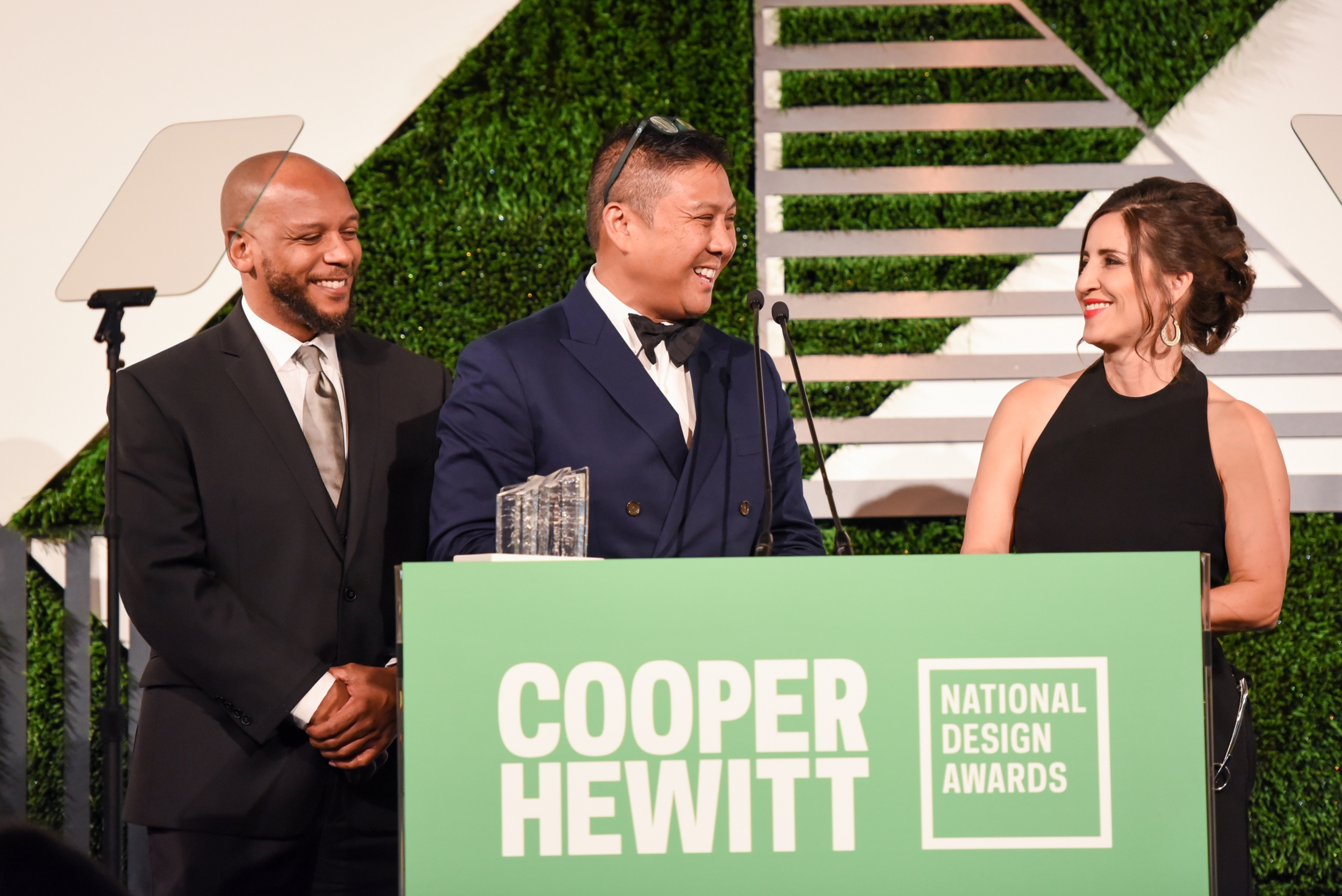 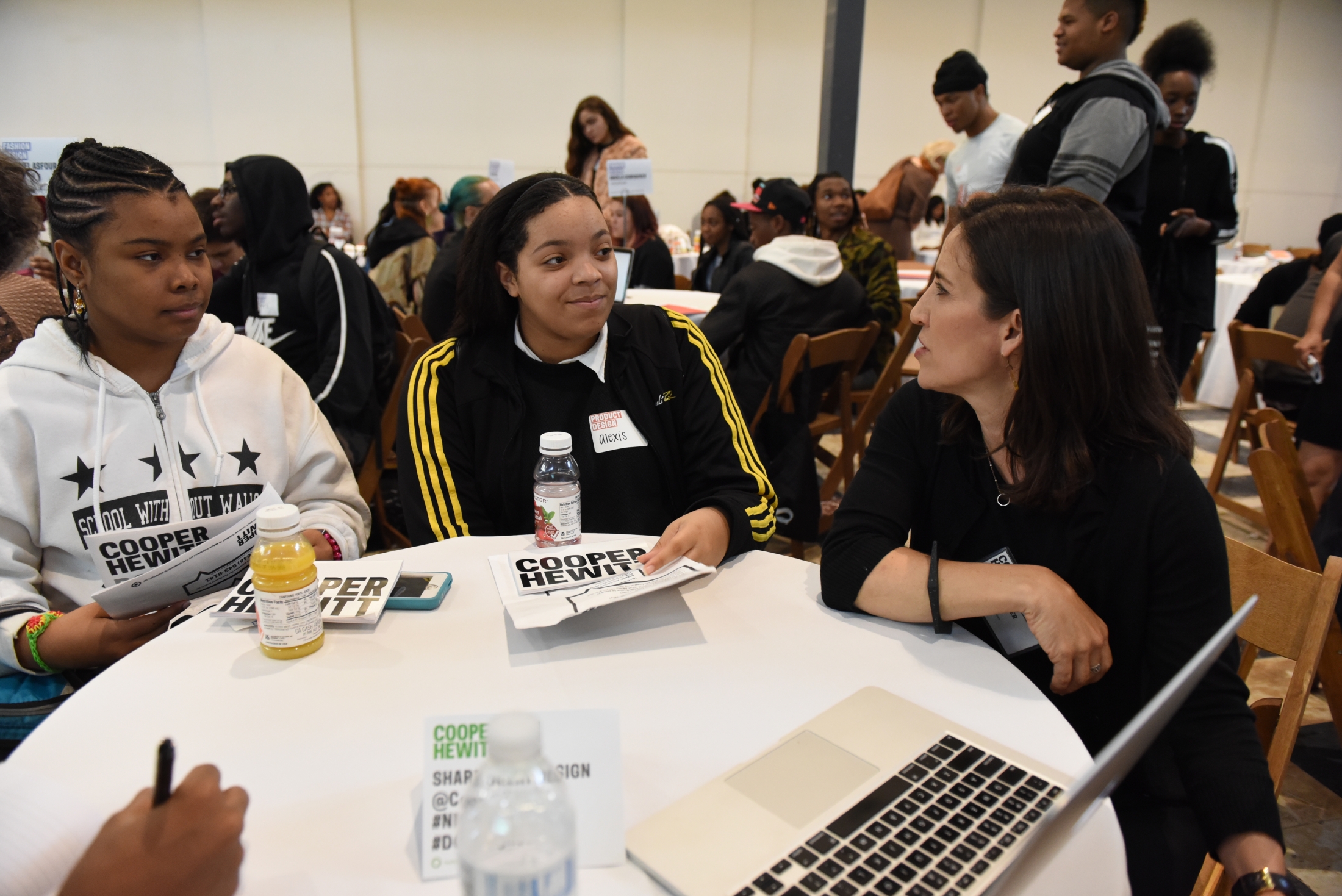 The names of this year’s Cooper Hewitt winners were announced last month and the October gala will be here before we know it. It’s time to give up the sash! Winning Cooper Hewitt in 2016 really was like being Ms. America – design ambassadors for a whole year. Sure enough last year, within weeks of being awarded the honor we were flying to Washington D.C. to meet the other formidable winners. (I still can’t believe we were/ARE part of such an amazing group of talented designers.)

The primary reason for the trip was to participate in all the goodwill activities that Cooper Hewitt sponsors. Cooper Hewitt focuses on youth and facilitates many programs for high school kids, especially those who may not otherwise get exposure to design. We took part in a design charrette with local D.C. high school students. They created their favorite work and lounge spaces out of Popsicle sticks, fabric scraps and cardboard. We then answered students’ questions about what it was like to be an interior designer during a Career Day session.

The best part was the luncheon hosted at the Smithsonian American Indian museum where I sat next to a high school student who completely blew me away. He was quiet and shy, but hung in there with all the VIP’s and donors sitting at the table. I tried to engage him in conversation but it wasn’t until I asked him about the sketchbook he had in his lap that he opened up and shared with me a most amazing fantasy world that unfolded from its pages. I fully expect to see his work at a Chelsea gallery some years from now.

Although we didn’t meet Michelle Obama or visit the White House, Washington D.C. was an amazing trip. Next up was NYC in the fall for Design Week. When I was asked what events I could participate in, I said: “All of them!” When would I ever again get to spend a whole week in NYC commuting uptown from my hotel to the Cooper Hewitt Design Museum to “work”? I organized a workshop for kids, where I asked them to design their school desk of the future. I made the list of art supplies this time so we were well stocked for some amazing creations. That evening I heard Bruce Mau (my hero) speak at Samsung, and the next day took part in another Career Day. I was part of panel talks throughout the week, including one with a fellow winner from San Francisco, Robert Brunner of Ammunition. I dropped in on L.A. Designer Geoff McFetridge’s creativity and sketching workshop and of course got all dressed up for the grand finale to officially accept the award on behalf of my firm and amazing team of talented designers back in SF. The awards gala was set at the incredible Cooper Hewitt Museum, transformed for the evening, red carpet and all.

The final event was here in SF this past January. Cooper Hewitt came out and assembled the West Coast winners for a final panel discussion. It was an amazing conversation and exchange of ideas with the most talented minds in design. It was such an honor, all of it, and a fitting end to an amazing ride.   And now congratulations to… Deborah Berke Partners, the 2017 winner of the Cooper Hewitt‘s National Design Award in Interior Design. Congratulations to the other winners in all the other categories as well! 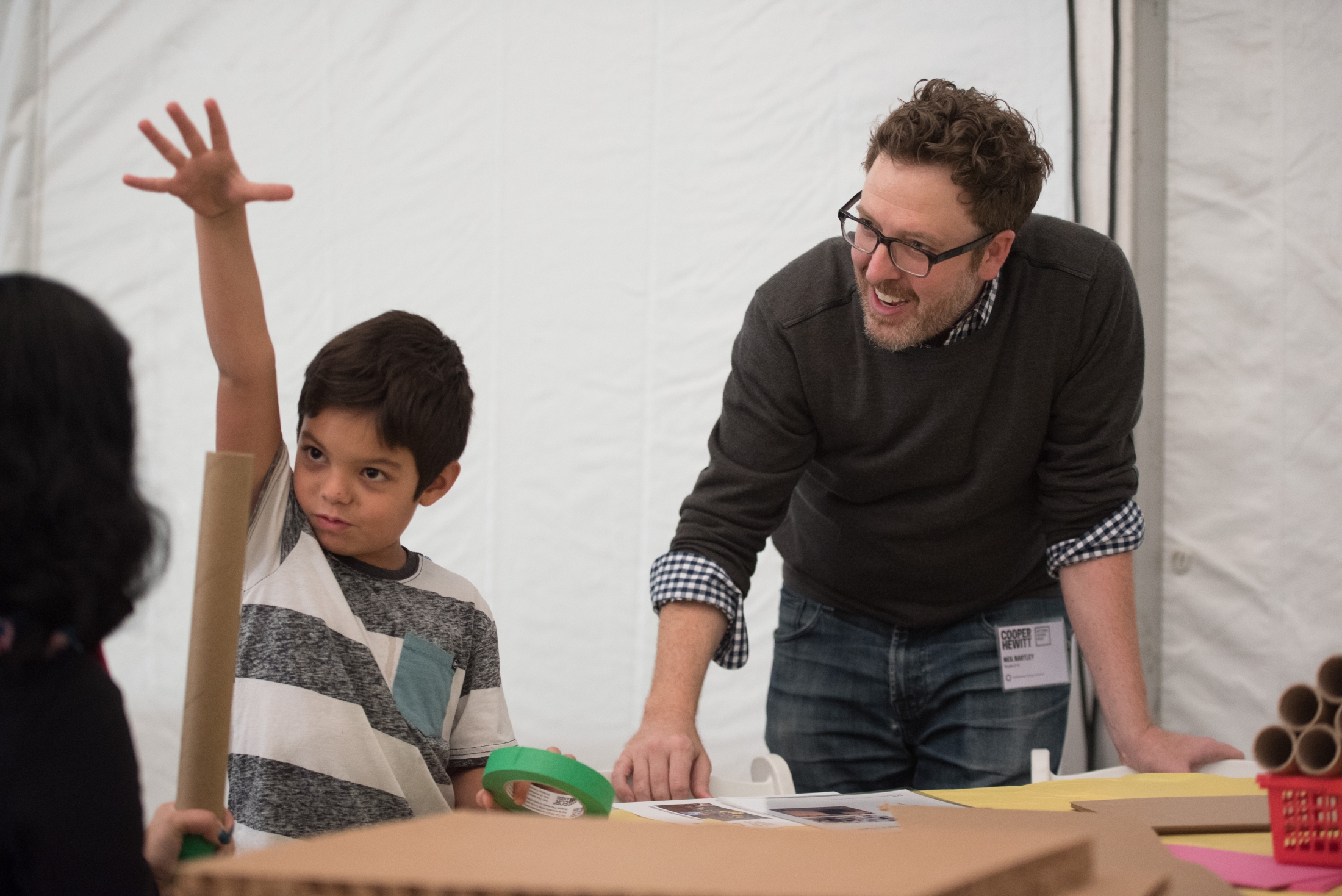 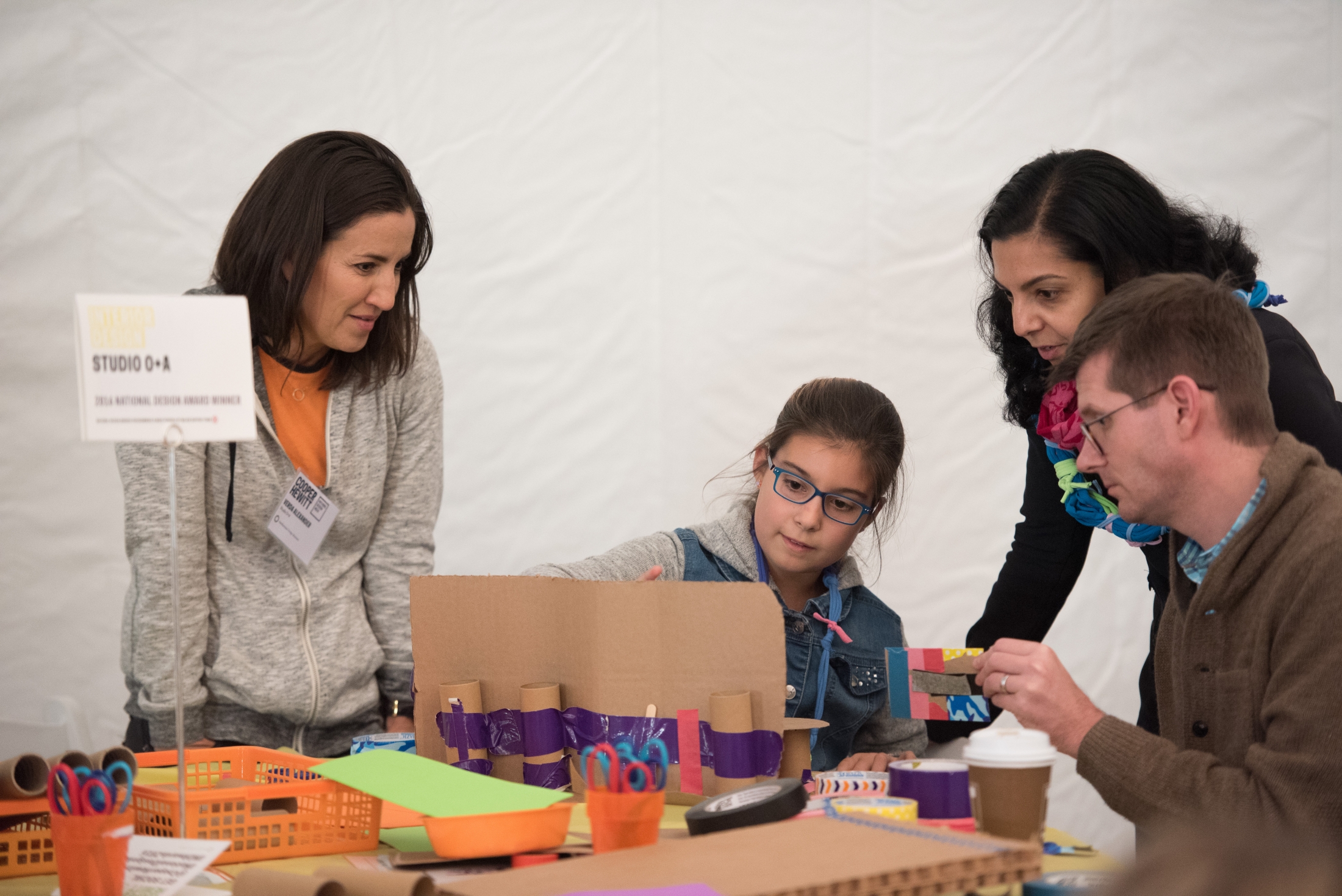 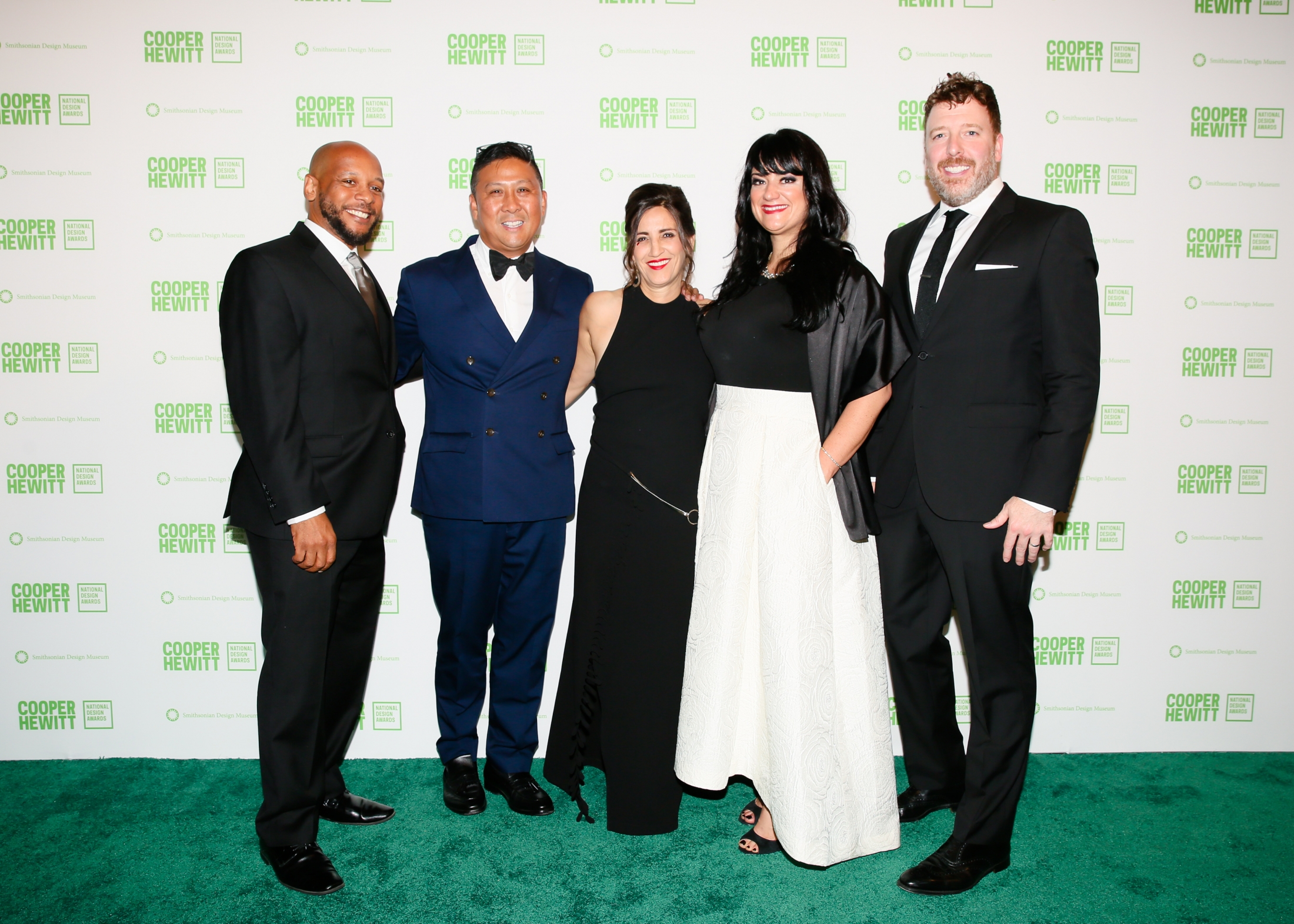