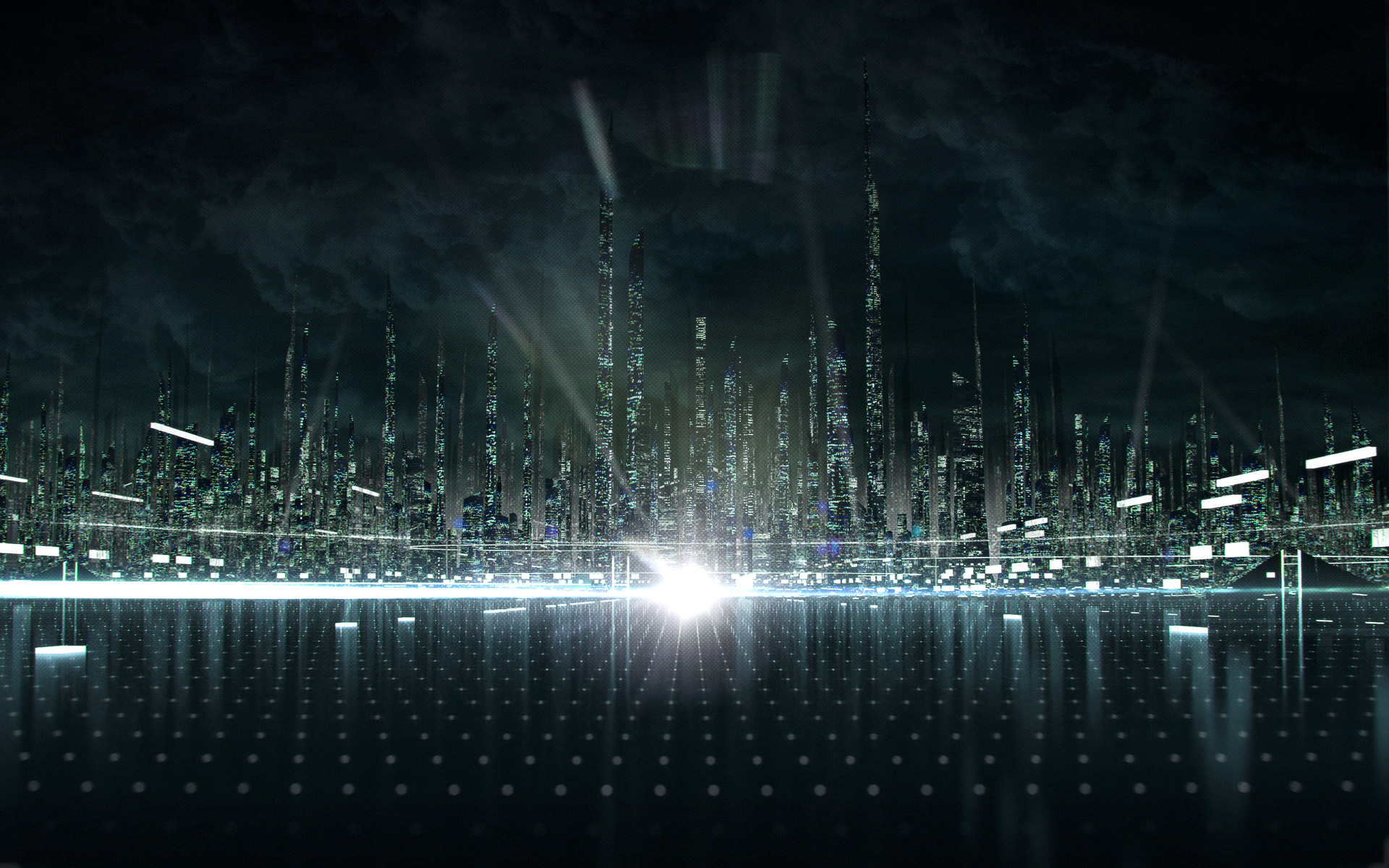 In Bong Joon Ho’s 2013 film “Snowpiercer” what’s left of mankind after an environmental disaster is crammed onto a train perpetually circling the frozen earth. Restive plebes occupy the caboose; service and maintenance folks work the middle; and a decadent aristocracy parties up front. All sections of the train are heavily policed.

In Spike Jonze’s 2013 film “Her” mankind has advanced so comfortably that lonely guys date their computer operating systems. Life is cushy and pastel-colored and the only hint of shadow is the feeling of emptiness at the heart of every emotional transaction. No need for police here—instant gratification has everything firmly under control.

These are the templates filmmakers have used to envision the future from the earliest days of moviemaking— the near (or distant) future is eithera Darwinian, apocalyptic hell or a paradise beneath the surface of which something creepy is simmering. For the directors and art directors who design these movies, tomorrow is almost always a caricature of today’s fears and follies.

The mother of dystopian epics—and an early example of grandiose movie architecture run amok. Inspired by Lang’s first visit to New York City, it was the most expensive production of its time. Lang’s city of the future offered a vertical diagram of class privilege, a glittering capital of towers and monuments kept in motion by proles slaving at subterranean machines. The movie helped popularize Art Deco in the late 1920s, but it did not popularize science fiction as a subject for serious filmmaking. After the wholesale destruction of Europe and much of Asia during World War II fantasies of the future became less popular—re-building the present took all the imagination creative minds could muster. 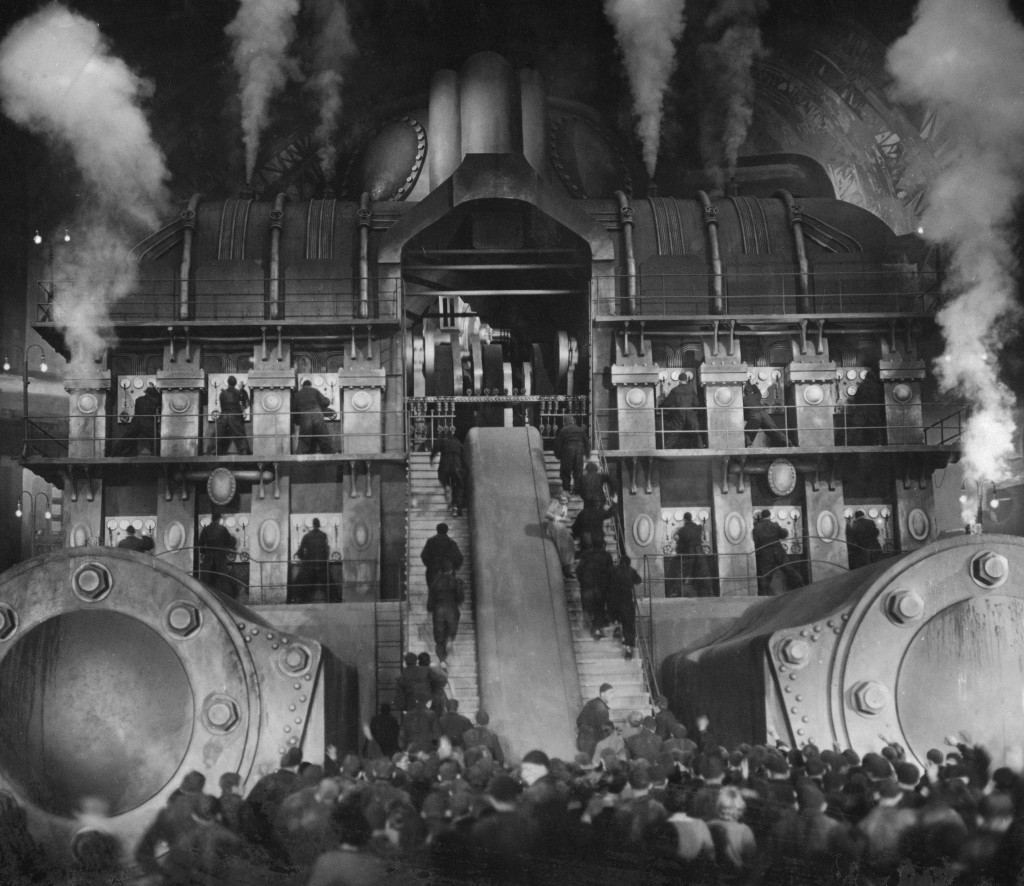 By the 1960s, however, smart people were again thinking ahead. Kubrick miscalculated the degree to which space travel would be developed by 2001, but he was nearer the mark in imagining what the future would look like. Turns out it’s an interior furnished by Herman Miller! The Hilton Hotel franchise operating on Kubrick’s wheel-shaped space spa between the Earth and the Moon features a reception desk from the Herman Miller Action Office. Also Olivier Mourgue Djinn chairs and Eero Saarinen-inspired pedestal tables. Even today it all looks futuristic though Mourgue’s chairs were designed in 1964; Saarinen’s tables in 1956. And for the forks and spoons used in a later scene of Keir Dullea eating astronaut mush, Kubrick personally chose flatware designed by Arne Jacobsen for the SAS Royal Hotel in Copenhagen—in 1952!

Scott’s vision of the future was messier than Kubrick’s, remarkable for the way it anticipated the globalization of the world’s great cities. By 2019, the film suggested, LA will be as cramped and gloomy as back-alley Hong Kong. We know now that forecast will prove no more accurate than Kubrick’s, but the multicultural aspect of the design was spot on. The urban landscape through which Harrison Ford chases mutinous replicants (biogenetic robots indistinguishable from humans) is a dark, damp, overcrowded ghetto lit primarily by neon and populated at ground level largely by Third World immigrants. The rich (and powerful and evil) people live in towers above the crush. Two inspirations drove the design: the Edward Hopper painting Nighthawks, in which lonely people idle in a diner late at night and Heavy Metal Magazine in which naked or nearly naked girls curl up with robots and aliens. 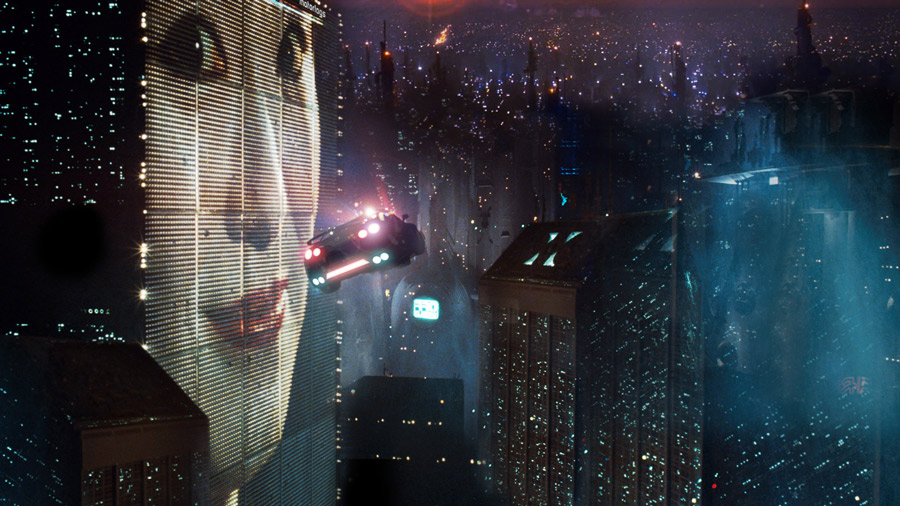 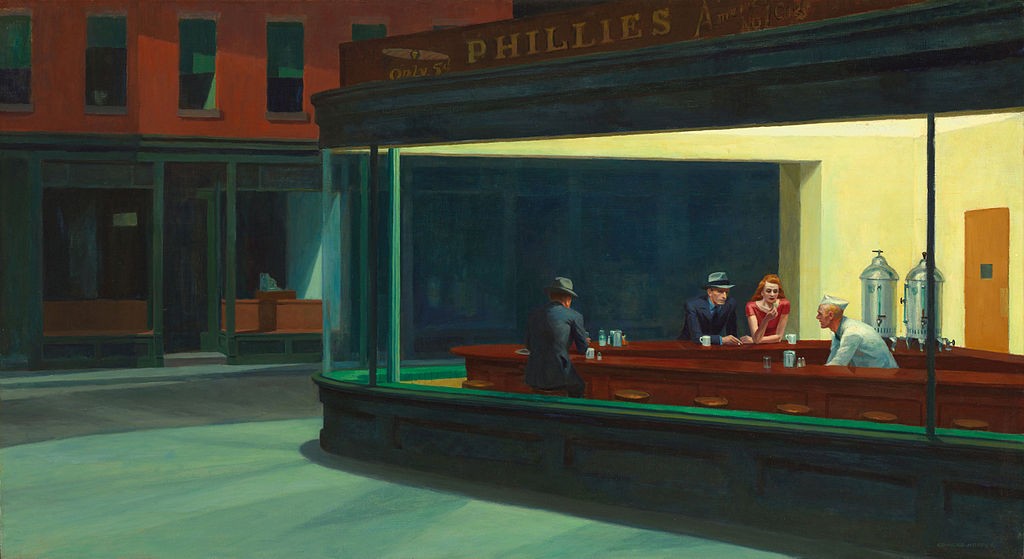 A less fanciful take on the future as a worn-out version of the present, Cuaron’s adaptation of a P.D. James novel imagined London, gray and exhausted with metal grills on the windows of trains and buses (because people are inclined to throw things at them) and enemies of the state caged in the street like pigs in a pen. The premise of the film—that women have stopped having babies and mankind is dying off—left no incentive for innovation or even beauty. Without posterity, it seems, there’s no point in doing anything well. The only things in this society that are carefully designed are the soothing, placid ads for suicide drugs.

In “Metropolis” the revolution was vertical—underground rebels battling up. Here it’s horizontal with back-of-train discontents fighting forward. Regrettably the front of the train is only marginally more inviting than the back. Yes, the rebels break through to a luxurious garden car with fruit trees and hanging plants. But the built environments beyond it look a bit tired. End-of-vat colors in the schoolroom, for example, are as insipid as the little song the children sing to welcome the rebels. And the luxury bar where the swells congregate is a suffocating squeeze of draperies, carpet and cherub statuary. Civilization’s reduced circumstances have made class privilege as threadbare as it is unjust. 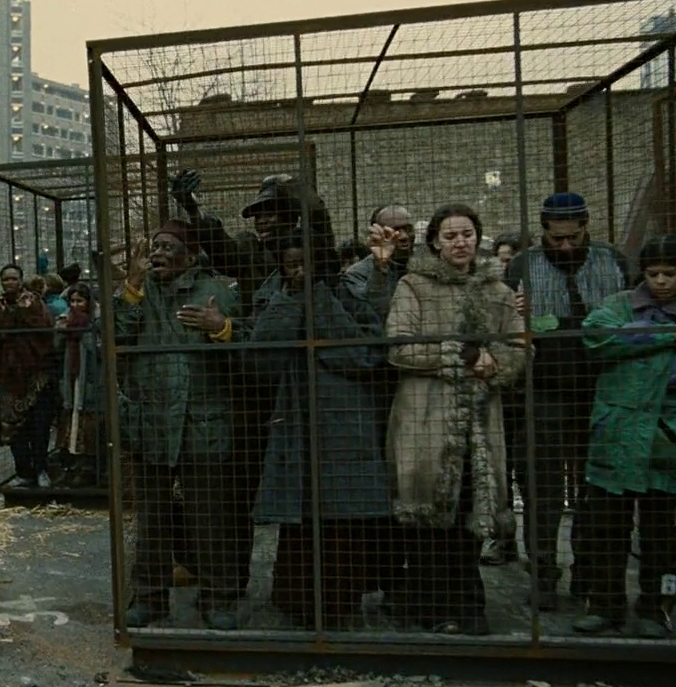 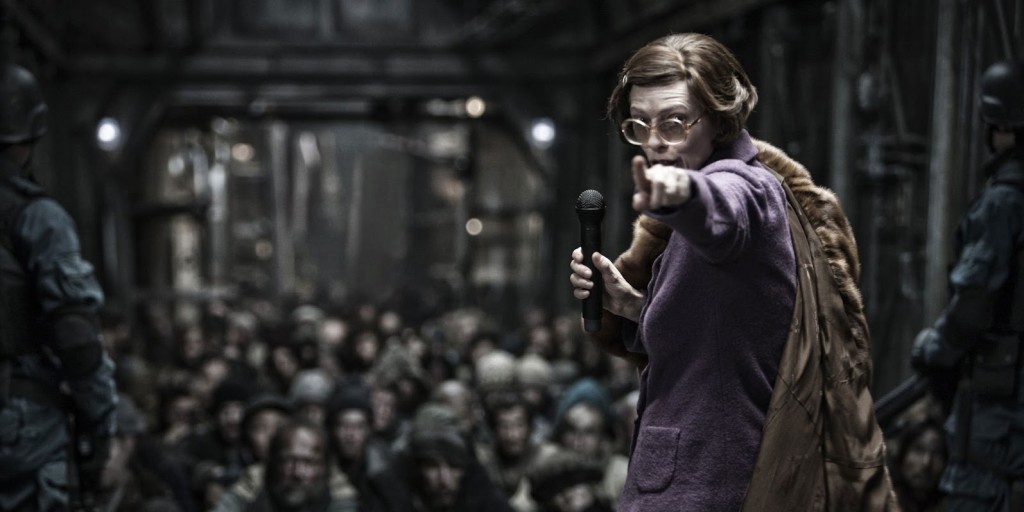 Jonze’s future, on the other hand, is so abundant with comforts that even a copywriter (for Beautiful Handwritten Letters.Com) can afford a nice apartment, an unlimited wardrobe of leisurewear and a virtual girlfriend with Scarlett Johansson’s voice. None of which, it turns out, add up to happiness. To create this soft-edged Los Angeles the filmmakers merged LA and Shanghai—two of the harder-edged cities on earth. The underlying melancholy is apparent in the office where Joaquin Phoenix as the copywriter works: a witty parody of modern workplace design with cheerful finishes, translucent cubicle dividers (open plan, apparently, has been reconsidered) and a folksy logo. It’s depressing as hell. 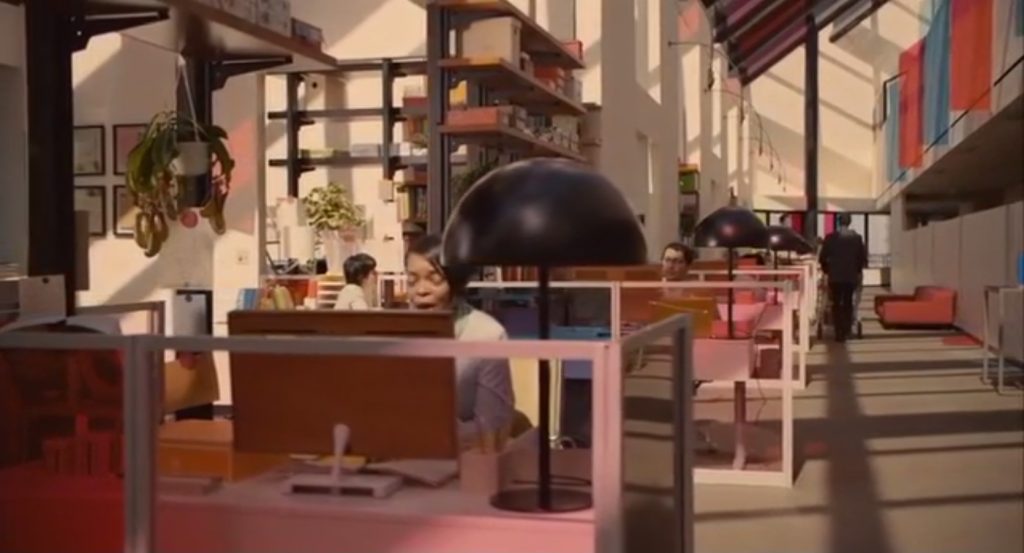 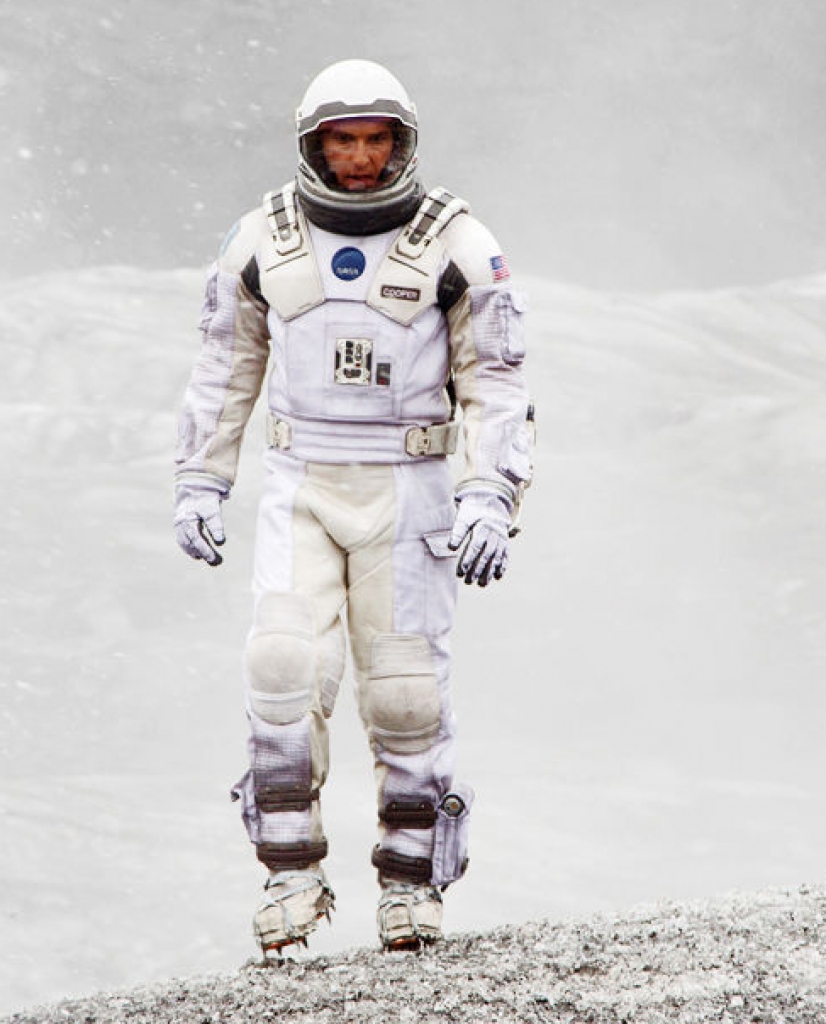 “The body moves through space every day, and in architecture in cities that can be orchestrated. Not in a dictatorial fashion, but in a way of creating options, open-ended sort of personal itineraries within a building. And I see that as akin to cinematography or choreography, where episodic movement, episodic moments, occur in dance and film.” 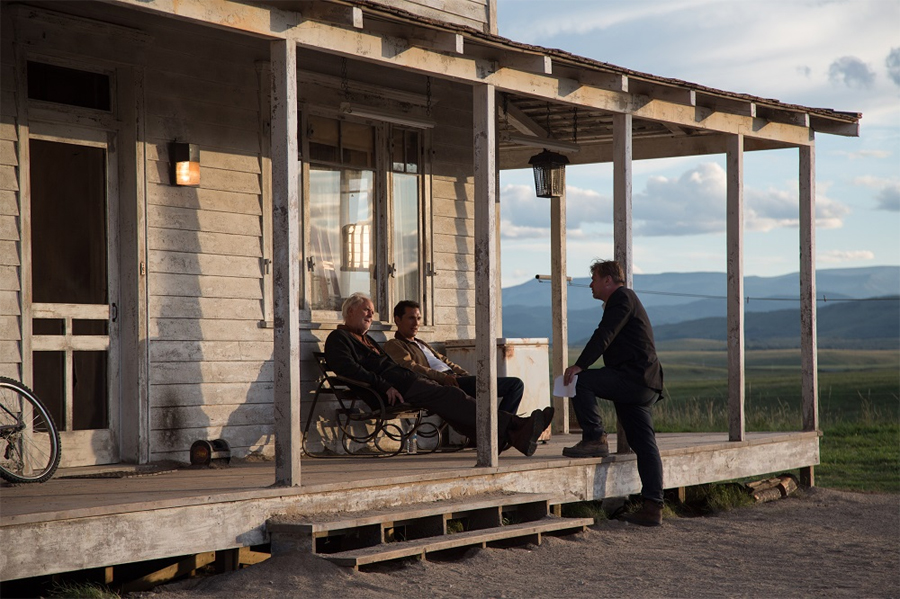 In the end we’ll all go back to the 1930s. Nolan’s vision of an environmentally dying earth sets the last generation of humans in rural Dorthea Lange extremity. That the first hour of the film looks like “The Grapes of Wrath” and the remaining two like “2001” is an indication of where we are culturally in predicting the future—pessimistic about what we have done to the planet, optimistic (or is it delusional?) about our ultimate ability to fix it. Nolan’s film is more about love and time than it is about the future, but space colonies fashioned after American small-town values surely aren’t meant to be a “happy ending.” Little League? Nice green lawns? If past sci-fi is any indication there is cannibalism lurking here somewhere…

Some of us prefer our apocalypses neat. The desolation and reversion to barbarism in this movie resonates not just because of its purity, but because of how it rhymes with what we see happening in other deserts every night on the news. Not that “Mad Max” is political in that way. Its aesthetic is strictly demolition derby, but because director Miller eschewed CGI and staged most of his stunts with real people and real machines, the design of the film has a rigorous, mousetrap logic. It’s Cirque du Soleil on acid. It’s also a feast of demented traffic management, costume design, set design—and berserk motor-vehicles. 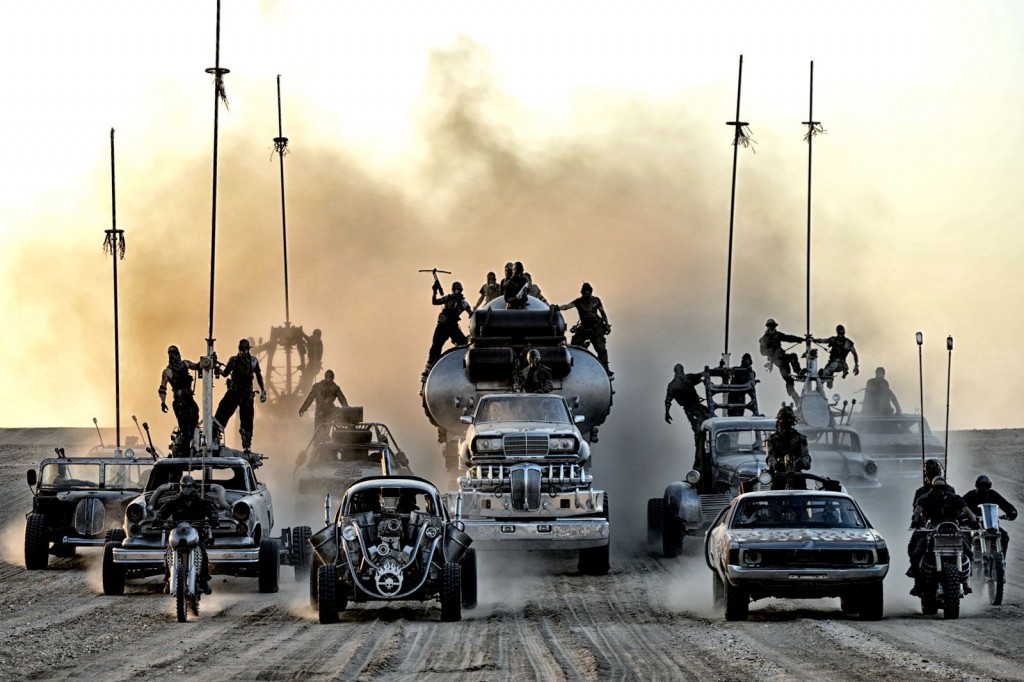 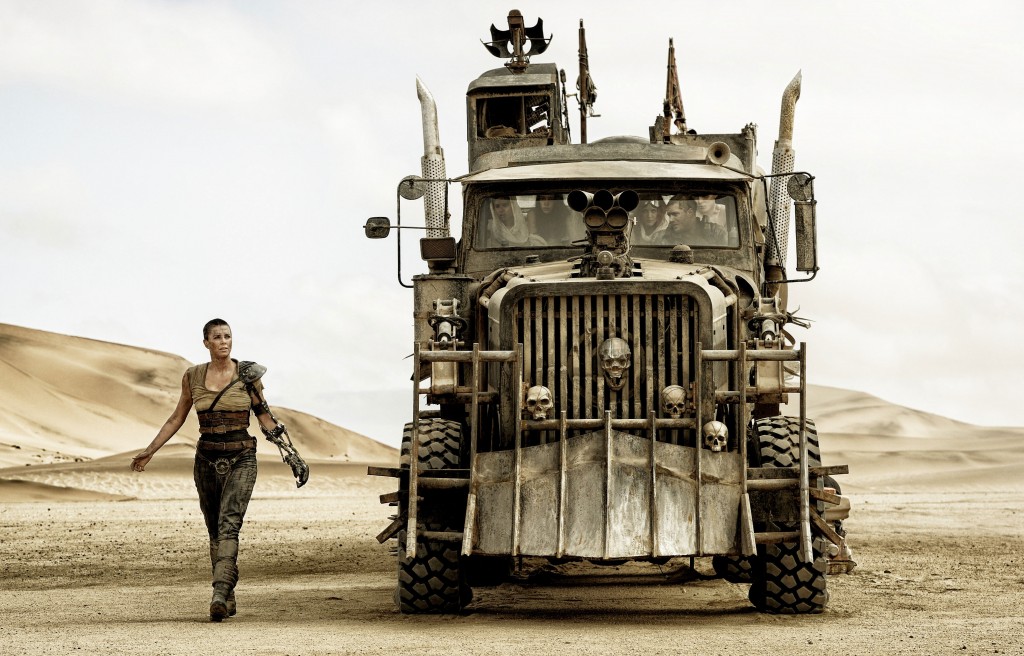 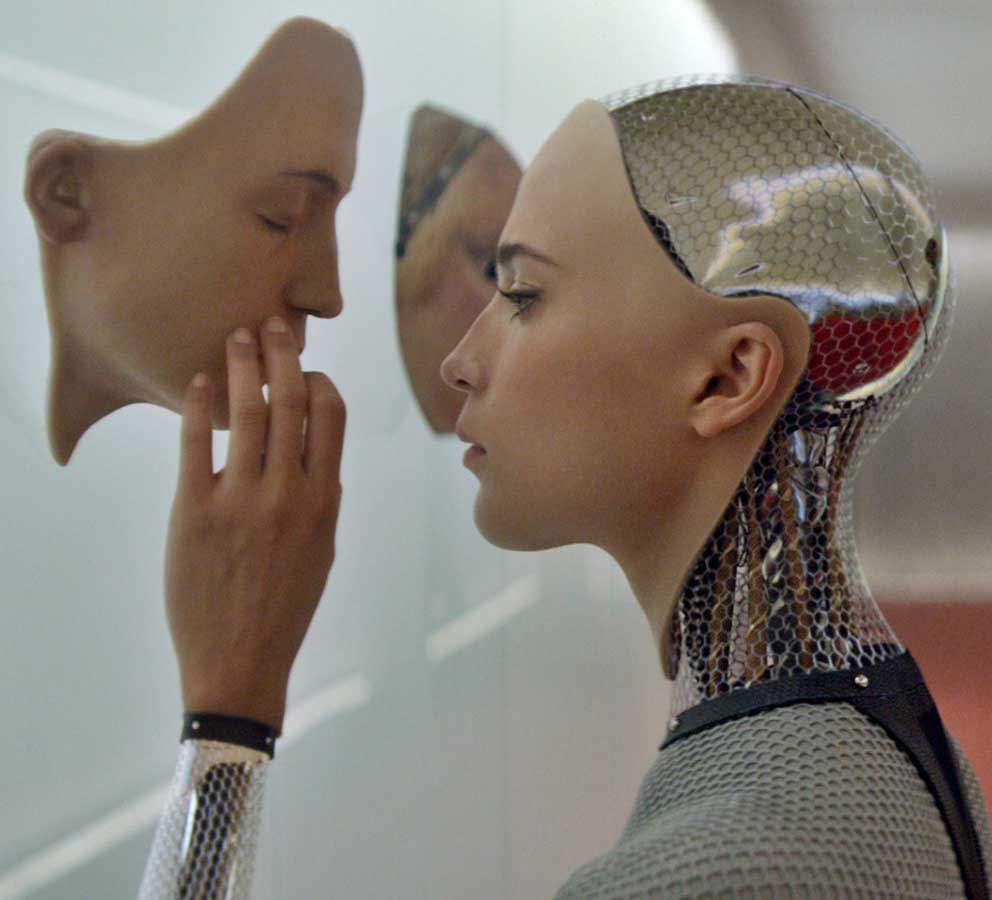 Ex Machina
2015
Director: Alex Garland
Art Director: Katrina Mackay
©DNA Films and Film4
A film which takes the subtle creepiness of “Her” and puts it right out onto your desktop. A gifted nerd at a global tech firm wins one week at the wilderness retreat of the genius (another gifted nerd) who founded the company. Neither of these guys have had much luck with girls, so the genius has created his own. She is Ava and though her arms come off and you can see the blinking lights in her belly, both dudes know she’s hot. Problem is Ava knows it too.