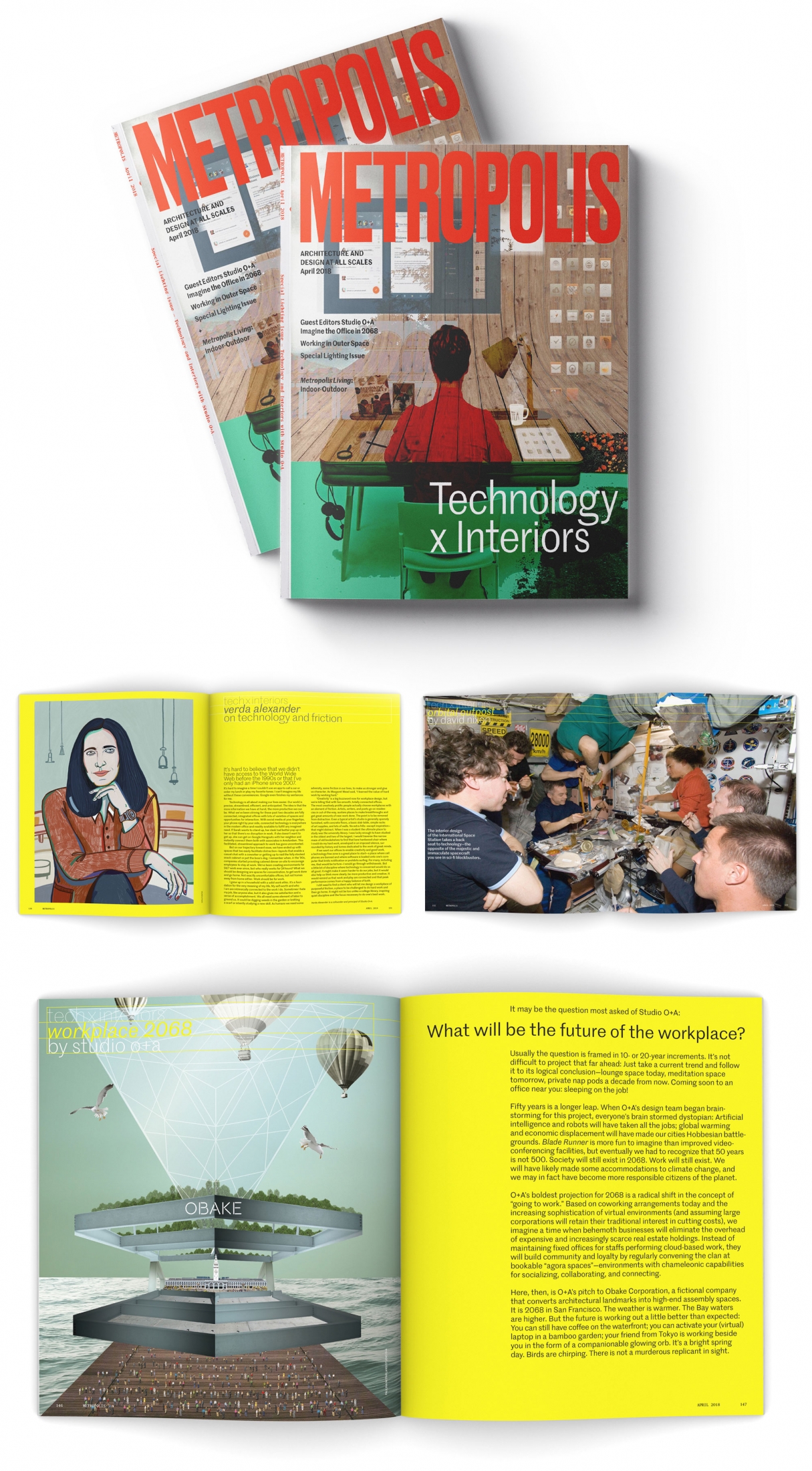 When Metropolis Magazine visited O+A for a Think Tank panel last year one of the themes Verda voiced was the need for designers to tap the brakes on the culture of convenience they’ve been creating and include a little resistance in workplace design. As Metropolis Editor in Chief Avinash Rajagopal writes in the current issue, “This provocation resonated deeply with us at Metropolis.” Months later, acting on that provocation, Metropolis invited O+A to guest edit the April issue of the magazine and assemble a special section on the impact of technology on interiors.

Magazine editing is not entirely unlike interior design. Both operations involve assembling assets—art and texts in magazines; spaces and textures in design—and shaping them into a brand narrative for a specific issue or a specific site. The dynamic for both is to cast a wide net, draw in as much material as possible and then begin the painstaking process of narrowing it down.

O+A pitched about 20 story ideas to Metropolis’s editors—everything from the impact of Google on how kids learn to spell (or don’t) to the future of carpet in commercial interiors (it will grow itself)! Metropolis picked the four they liked best—stories about the International Space Station, algorithmic office planning, the Food for Thought Truck and the future of workplace—and we were off!

When we pitched these stories we thought we’d have to write and design them all ourselves, so it came as a relief to learn that Metropolis would assign editorial teams to each. And not just any team. For the space station article they snagged David Nixon, author of the book “International Space Station: Architecture Beyond Earth” and drew on photographs from NASA. For the algorithm story architectural historian Phillip Denny talked to Uli Blum from Zaha Hadid Architects who shared schematics from his experiments with data-driven space planning models. And the preview of O+A’s next exploratory project, the Food for Thought Truck, reunited the firm with journalist Lydia Lee—she had interviewed Verda and Primo four years ago. Stay tuned for this project!

The fourth article, “Workplace 2068” was the one we did get to design ourselves and it proved a stimulating exercise in thinking—not out of the box exactly, maybe out of all the conventional geometries. “Designers are problem solvers,” Verda once said. Trying to imagine what a modern office will be 50 years from now was not so much a problem to be solved as a world to be imagined. How we tackled that challenge is the story that follows in “Let your imagination run wild…”.

“Designers are problem solvers. Trying to imagine what a modern office will be 50 years from now was not so much a problem to be solved as a world to be imagined.” 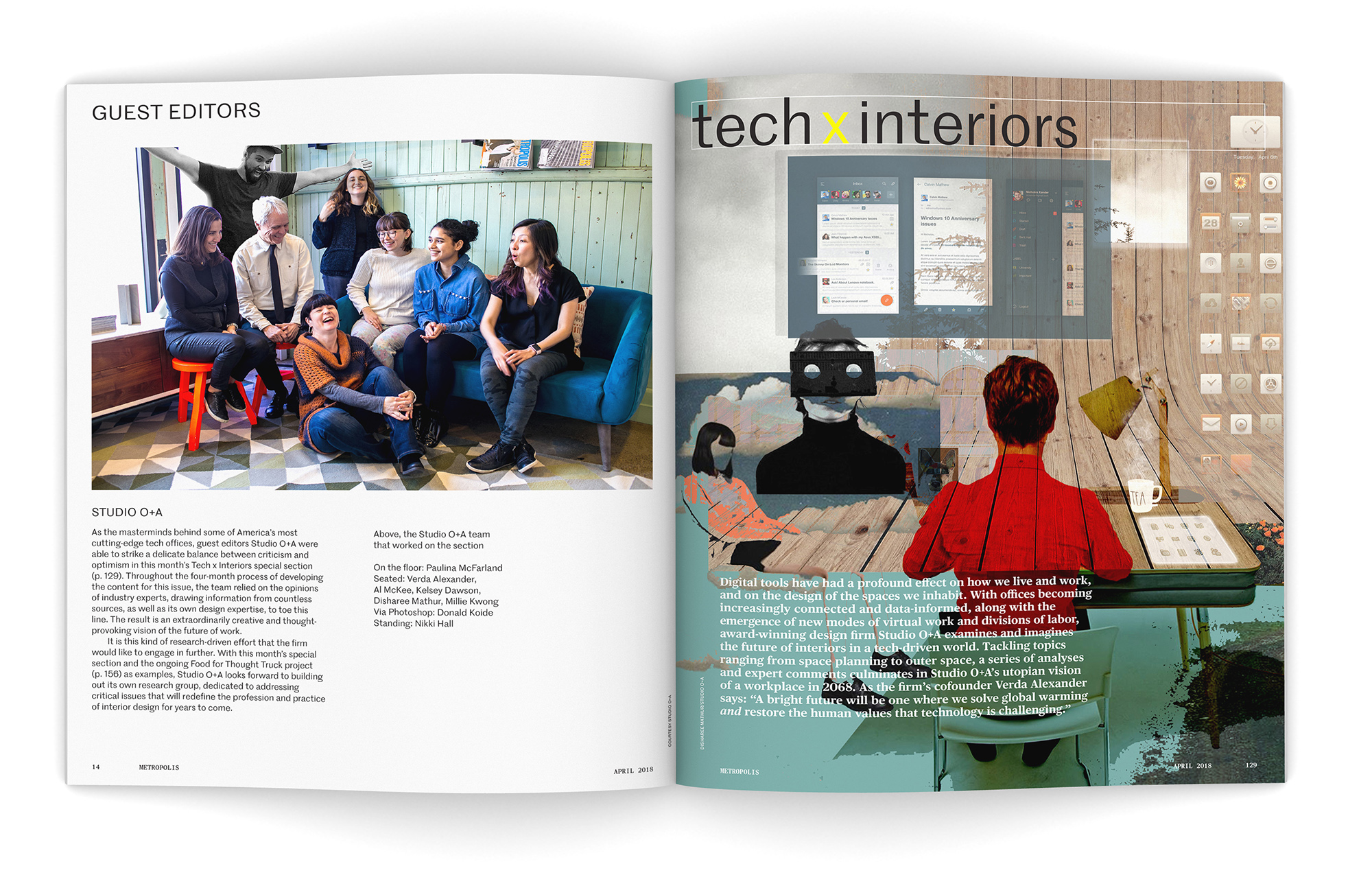