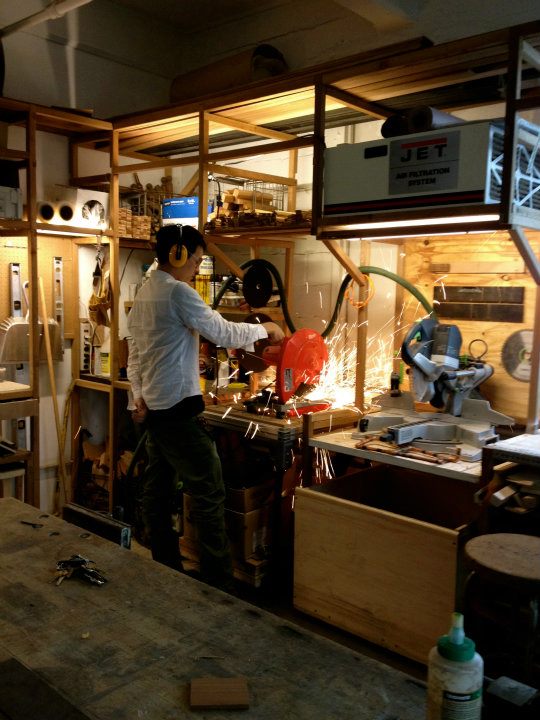 Before he became a Project Designer at O+A Jon Schramm operated a small design-build studio with his colleague Huy Bui in Williamsburg, Brooklyn. HB Collaborative was a “clean space” where the drawing and conceptualizing got done and a “dirty space” where stuff got built. It had great Northern-facing windows, which brought in lots of natural light—but for all its assets, the studio was to Jon’s eye a bit sterile. As often happens when Jon tackles a design challenge, the solution turned into a multi-dimensional merger of art, architecture, applied science and popular mechanics.

The solution, in this case, was plants:

“We created planters that would sit on the window sill, but since we travelled a lot and weren’t in the office much, we wanted to find a way to water them from our phones remotely. We were both architects, so we did the construction of the planters—they were made out of cedar— and we worked with a UX developer to develop… well, it wasn’t just an app, it was a product in a physical terrarium that was also an app.”

Using microcomputers linked to tiny sensors in the planters, Jon and his collaborators worked out a system whereby they could turn on and off a water spigot from their phones. But the project went further. Programming the computer to read temperature and moisture levels in the planters, Jon’s window plants could water themselves whenever they were thirsty. And because the planters were modular and stackable, Plant-In City became a complex, self-sustaining ecosystem. “What started as a small idea,” Jon says, “sort of blossomed in our minds to be something bigger.” 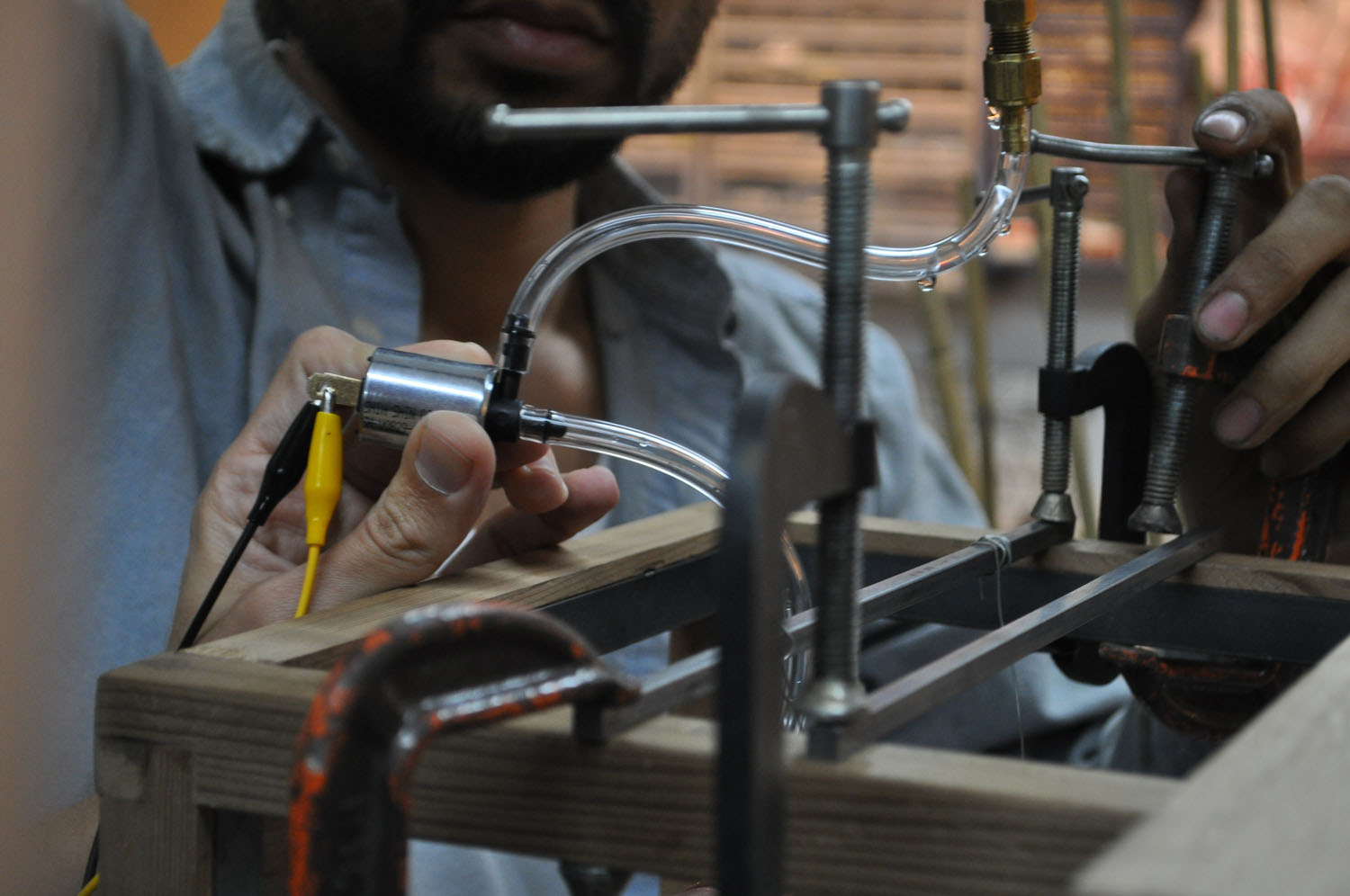 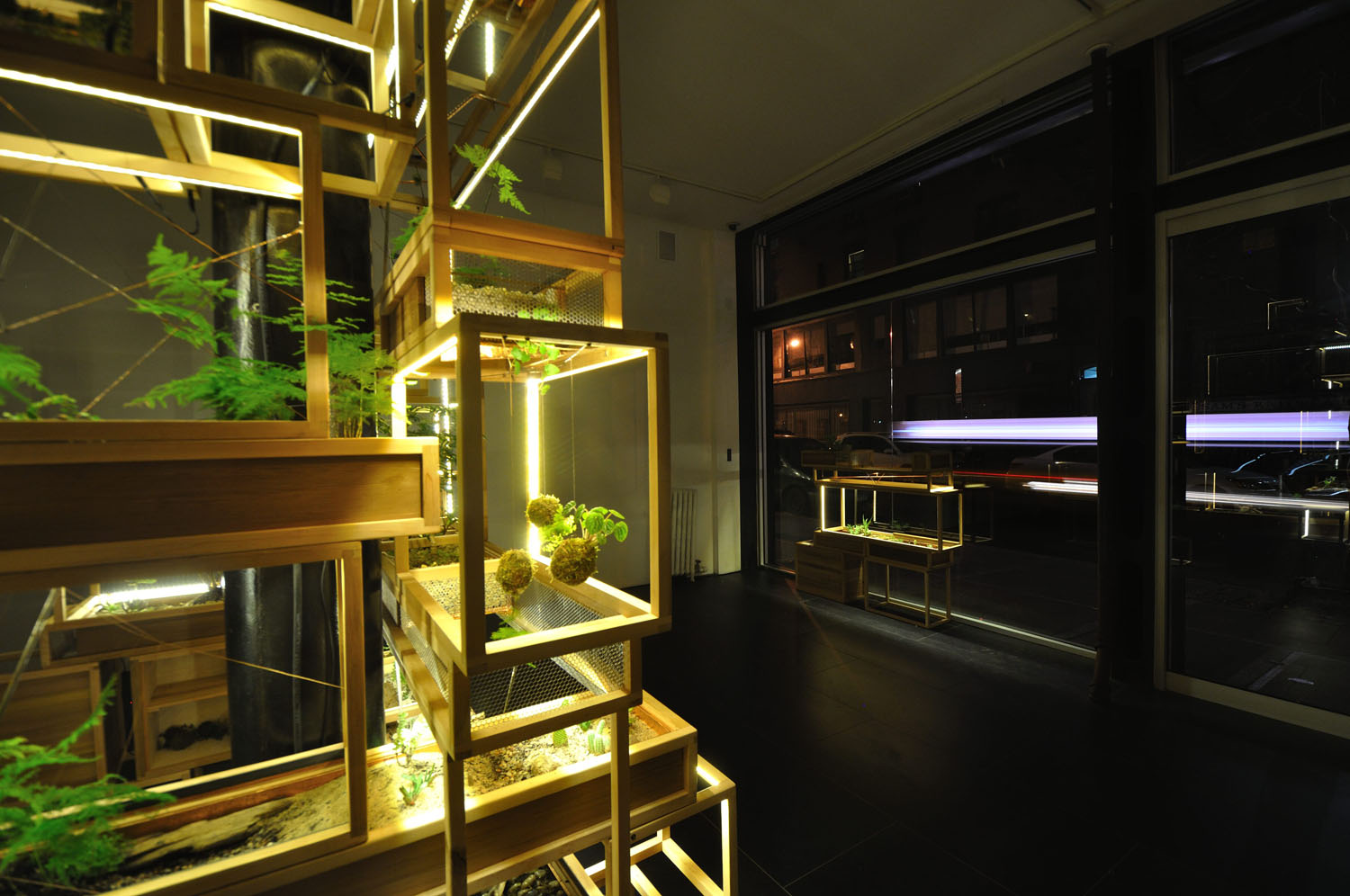 That’s a common pattern on Jon Schramm projects. O+A’s installation at Salone del Mobile in Milan this April, which Jon and colleague Courtney DeWalt are creating with Verda and Primo, is a case in point. The theme for this year’s exhibition, “A Joyful Sense at Work,” looks at evolving trends in workplace design and tries to imagine what the future of work will be. O+A’s concept is an environment that changes with the need—and that has led Jon and team to experiment with everything from VR goggles to wear-able work surfaces.

“I think what draws me to these projects and also to just working here is that you can be involved in your project from the very first concepts and then see it develop through sketches and get it refined through renderings and then finally work with your collaborators to help you build it. I think that start-to-finish experience is really amazing.”

Of course for start-to-finish design to work, a designer needs the versatility to handle every aspect of a project. Jon got his Masters in Architecture at Parsons the New School of Design in New York, an art college famous for its all-embracing ethos. At Parsons everything was connected. “The Lighting Department was right above us,” Jon remembers. “We had the Metal Shop and Steel Shop upstairs. There was a big fashion school. So all this mix of product design, architecture, interiors, fine arts—we were all located within blocks of each other. All of our professors were either artists or practicing architects. And I think just being in New York and around all those galleries, the art world just kind of seeps into you.”

The result was an approach to design that is comfortable with every conceivable discipline—analog or digital. It’s a quality that served Jon well when he worked for New York sculptor Stephen Talasnik, whose intricate architectural and site-specific works introduce abstract, but organic-seeming artifacts into natural settings. “What drew me to him is that he’s interested in the process,” Jon says. “We found a space in Brooklyn, this huge warehouse with 15-foot ceilings and we made these pieces for an installation. I set up my camera to do stop motion so it would capture us creating and capture the light of day passing and even the way it made the process kind of organic. We were working with bent bamboo and ties, a little bit at a time, and it was all based on how the bamboo would bend or not bend or some pieces wouldn’t interlock with others.” 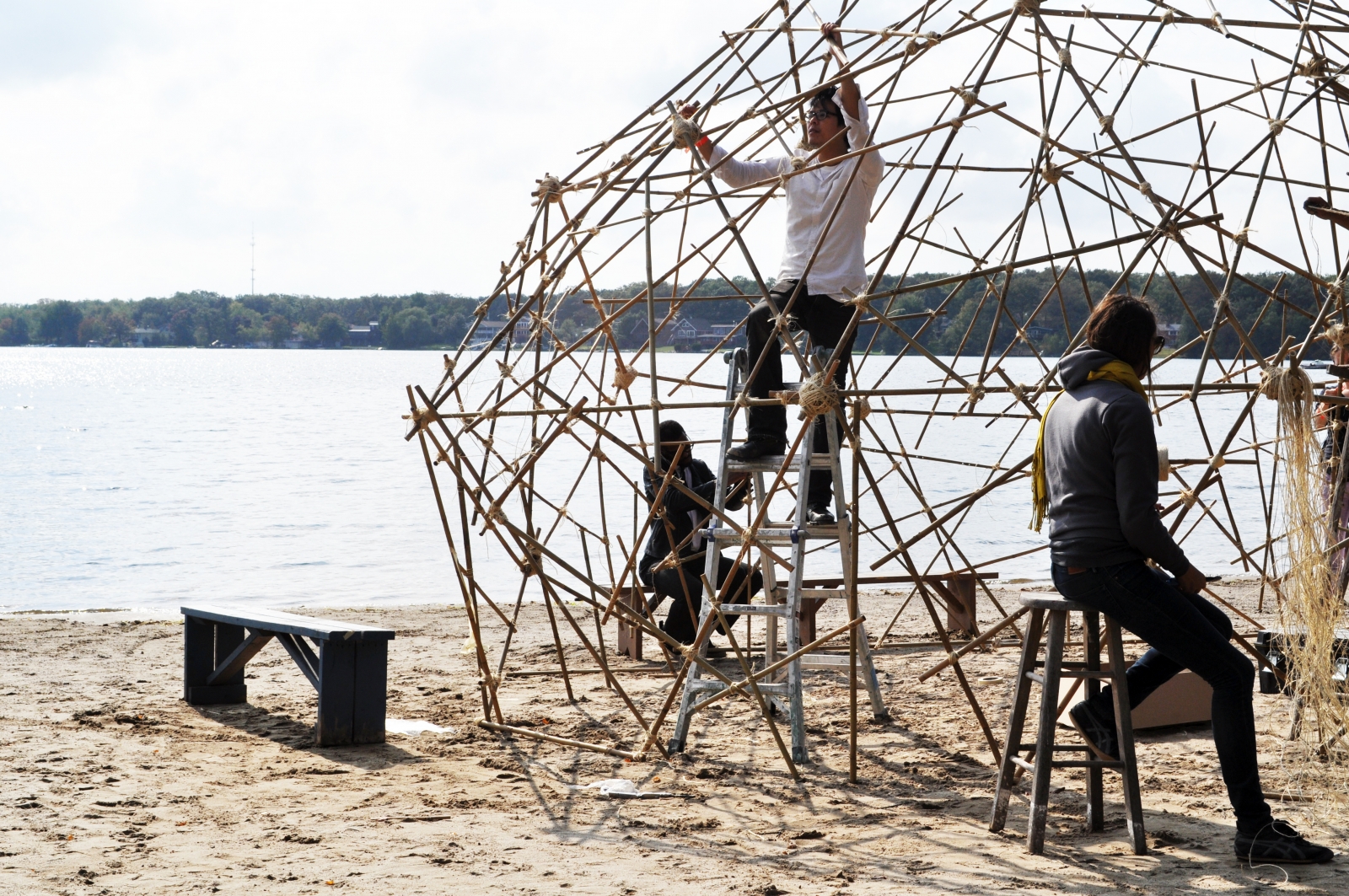 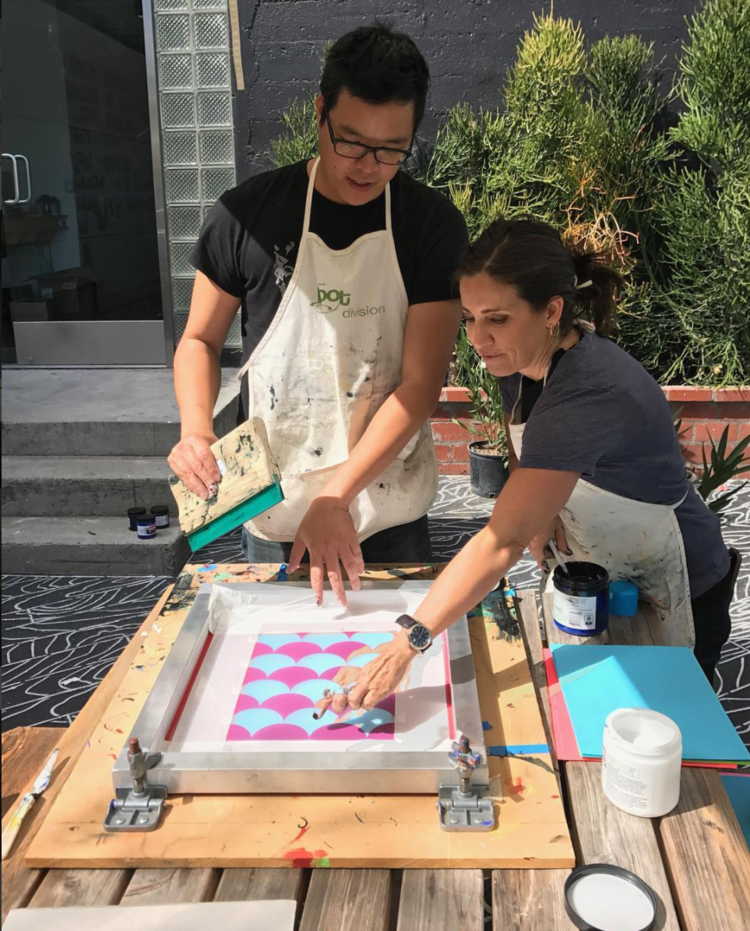 In other words, the piece had a hand in its own making. This is a phenomenon all sculptors and builders understand: the assertiveness of materials—the grain of wood, the texture of stone—and the curious obstinacy of a work-in-progress. It’s one reason why sculptors and builders (and auto mechanics) share a similar pragmatism and persistence, a clarity in their own minds about what’s possible and what isn’t. It is this nature of knowing the character of tangible things that makes Jon the go-to guy at O+A for getting stuff built.

Plants that water themselves, work environments that morph as required, sculpture that directs its own shape—Jon Schramm’s designs are always partnerships with an autonomous world of things, an acknowledgment that when you make something, what you make has a say in what it becomes.