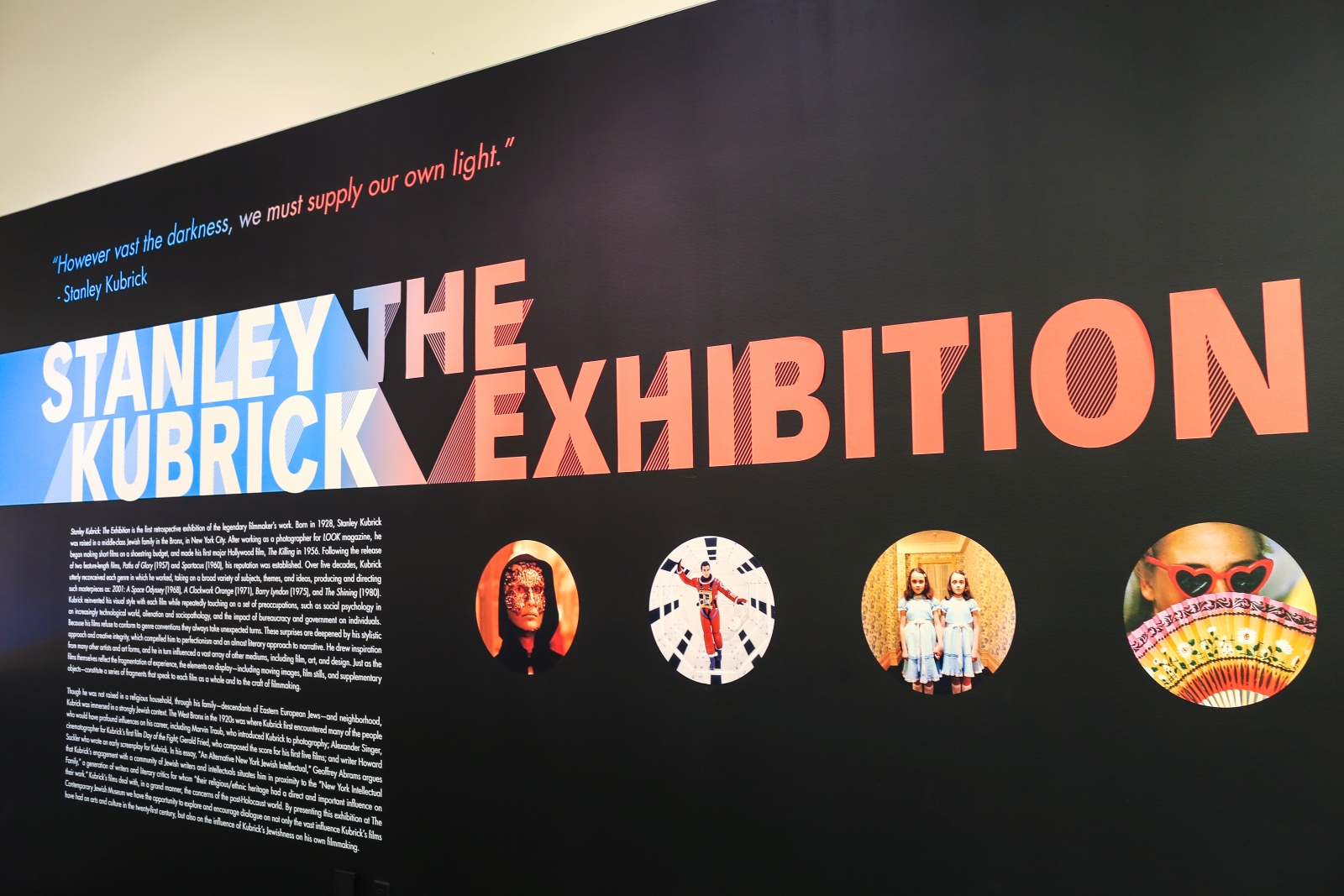 The Stanley Kubrick exhibit currently at San Francisco’s Contemporary Jewish Museum is about as exhilaratingly immersive as a career summation can be. A museum is not usually the best place to celebrate the life and work of a filmmaker. Even the most kinetic art gets a do-not-touch border around it in a museum. But this show takes us right into Kubrick’s quirky world—and into a kind of film production that from our high-tech perspective looks more like Oz than Hollywood. 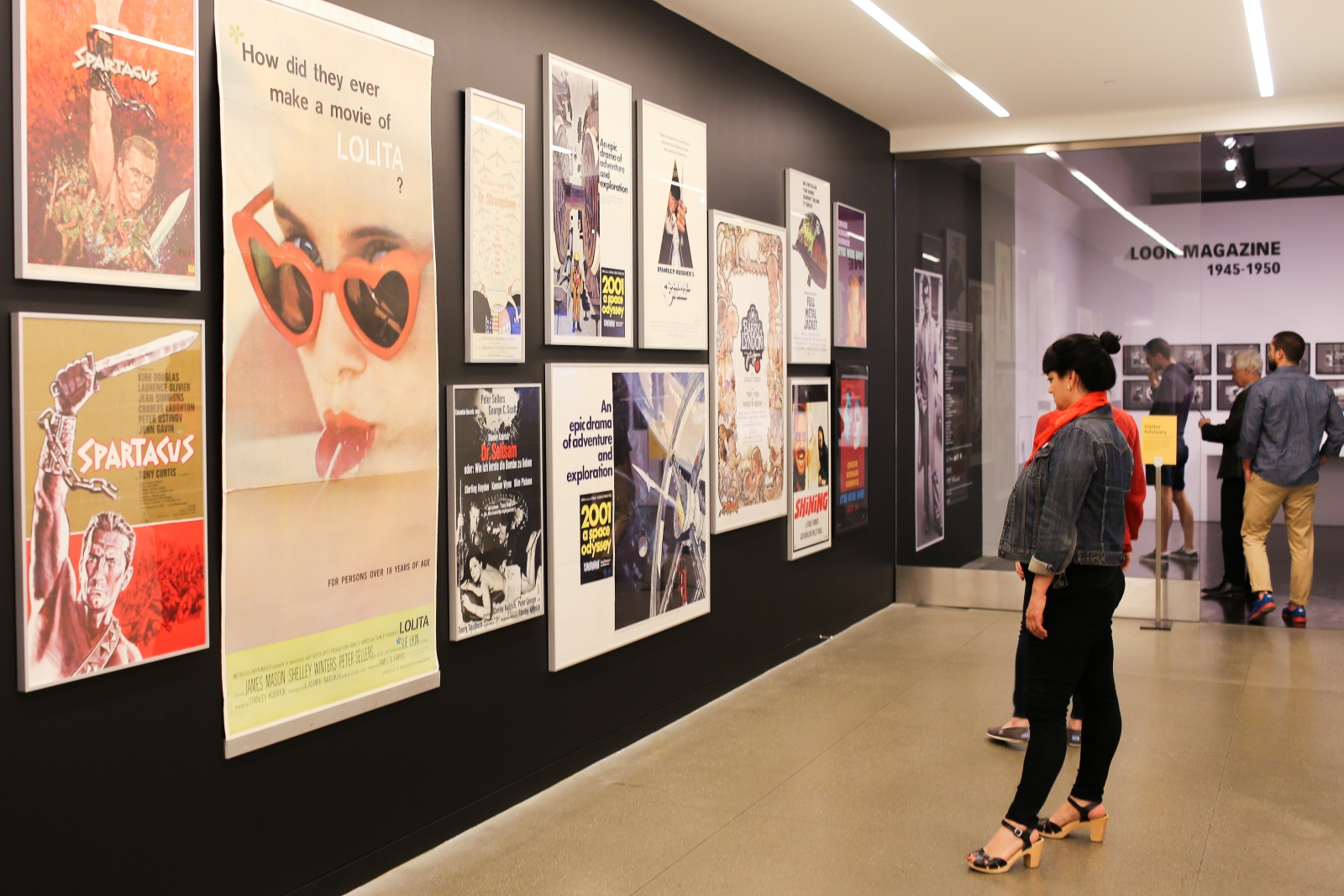 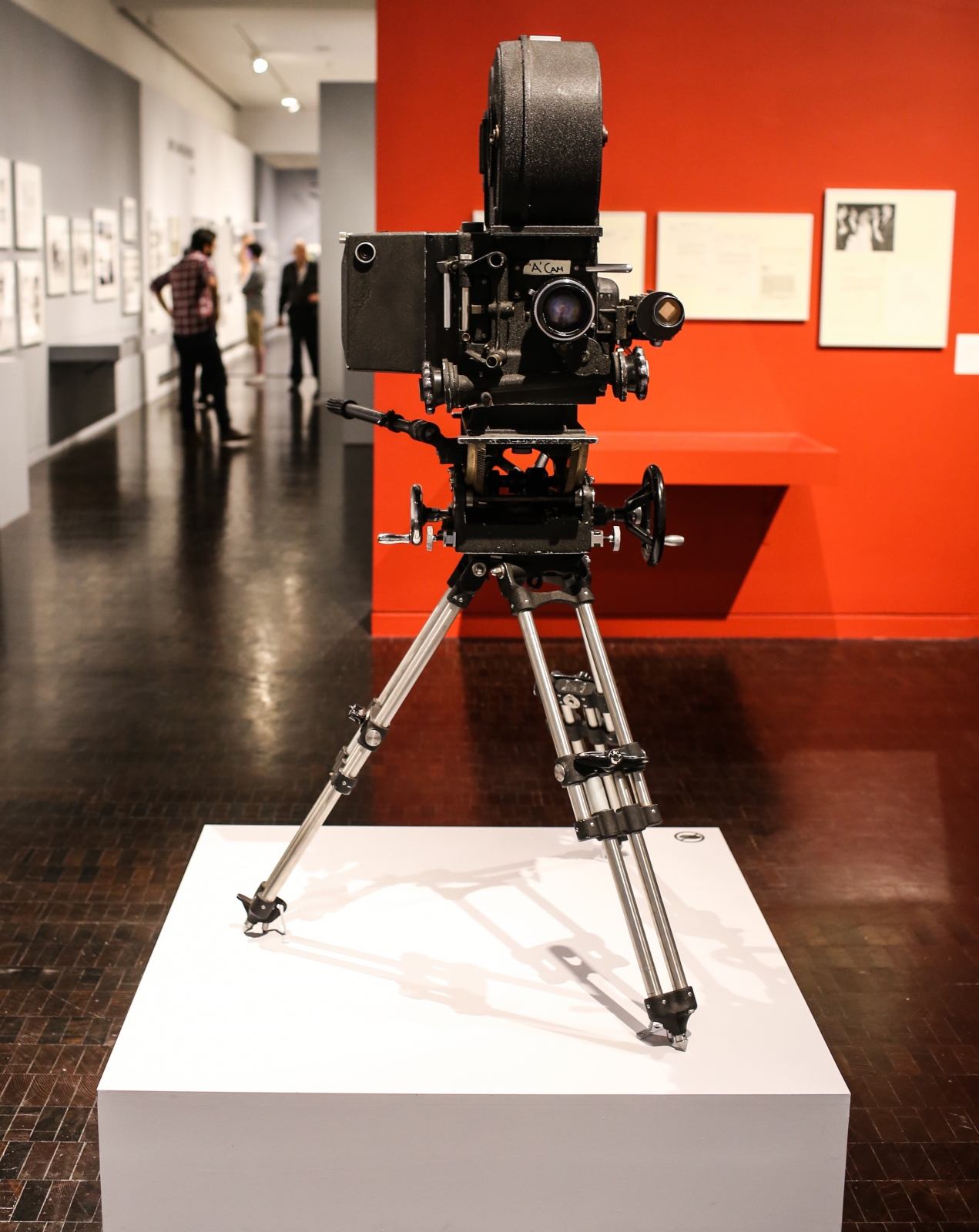 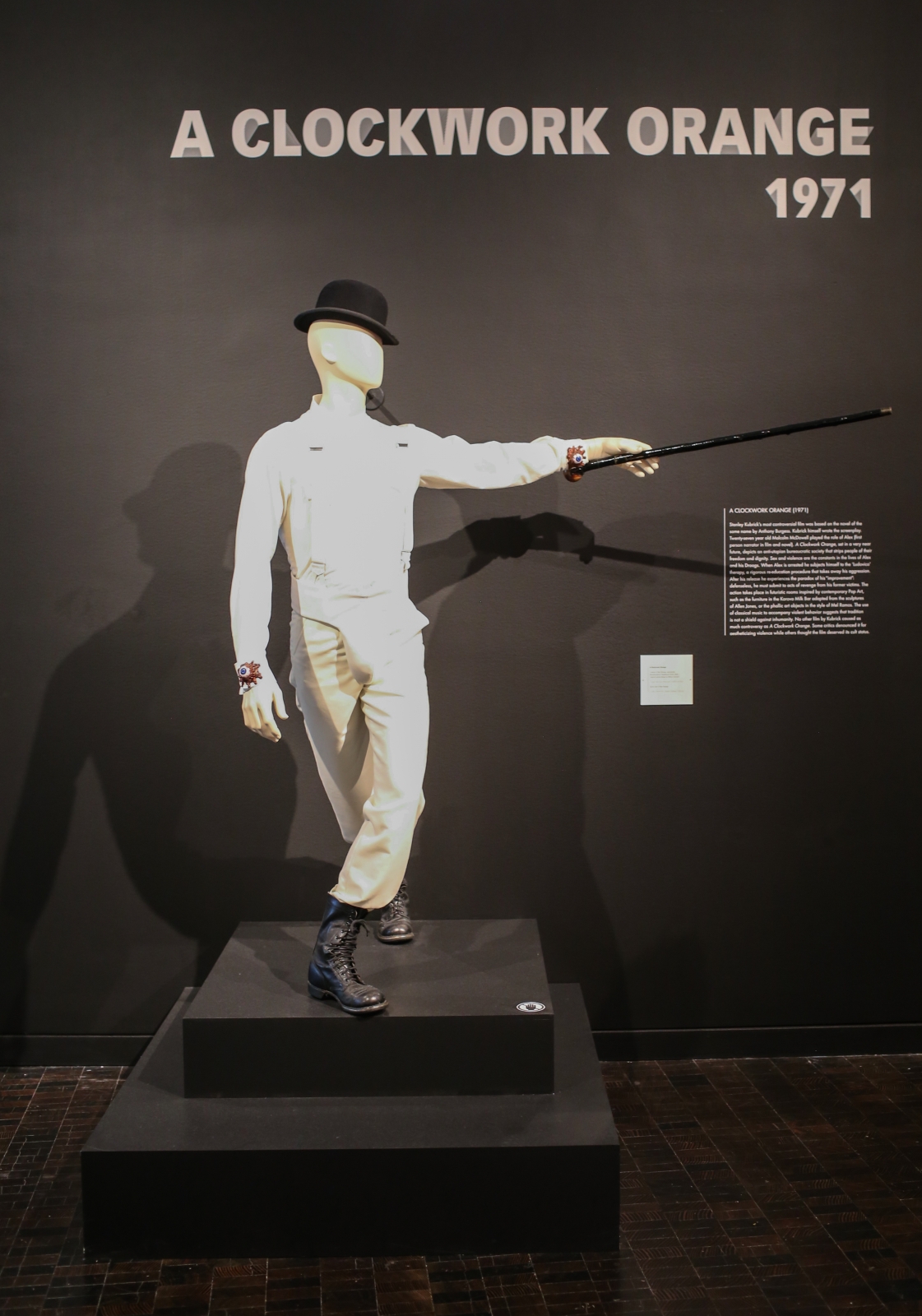 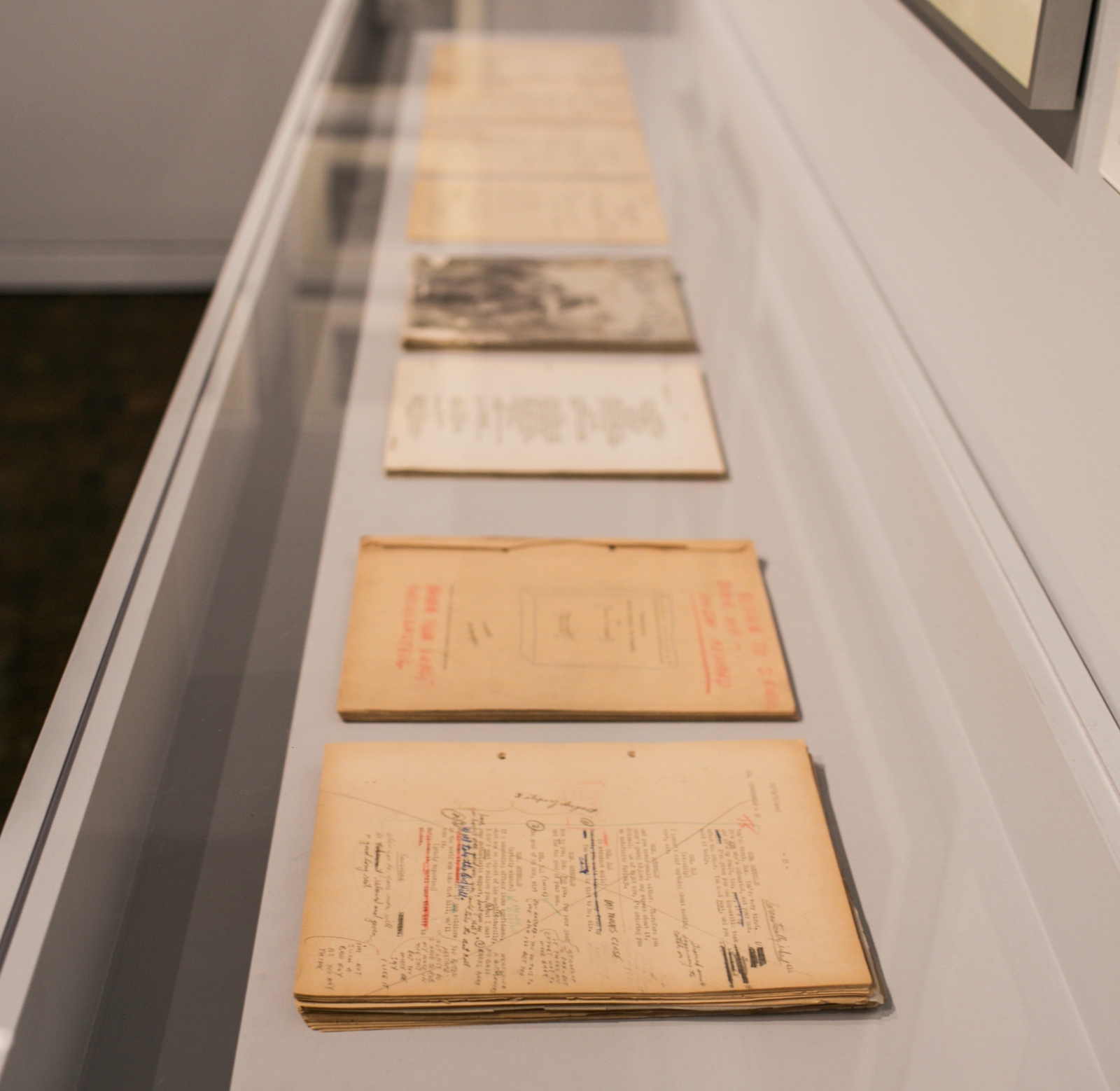 One of the achievements of the show is its demonstration of how hand-made movies were in the days before CGI. To see dog-eared scripts for classic films typed up on cheap paper and scribbled over with handwritten notes is to get some sense of how fragile a film is until it’s in the can. A budget summary for Kubrick’s first feature, a dingy little thriller called Fear and Desire, lists total production costs as $89,188.64. A model of the maze at the Overlook Hotel in The Shining (constructed specially for the exhibit by Mythbusters’ Adam Savage) brings home the toy-like quality of set and prop design. Everything here looks quaintly theatrical—the costumes, the masks. The exhibit has the charm of a traveling player’s trunk.

Not that charm is a word we associate with this filmmaker.

Stanley Kubrick, famously, was not a nice guy. He kept people on the phone for hours—and at all hours of the night. He was stingy. He was overbearing. He treated actors brutally. Kubrick once told Jack Nicholson on the set of The Shining, “Okay, you get the big bucks. Show us what you got.” He made Marisa Berenson repeat a short scene in Barry Lyndon 50 times before he was satisfied. In video footage on view at the Jewish Museum we watch him on the set of Full Metal Jacket needling Matthew Modine and Vincent D’Onofrio for blowing their lines, instructing Modine at one point to, “Do something brilliant”—surely the most terrifying words an actor can hear. 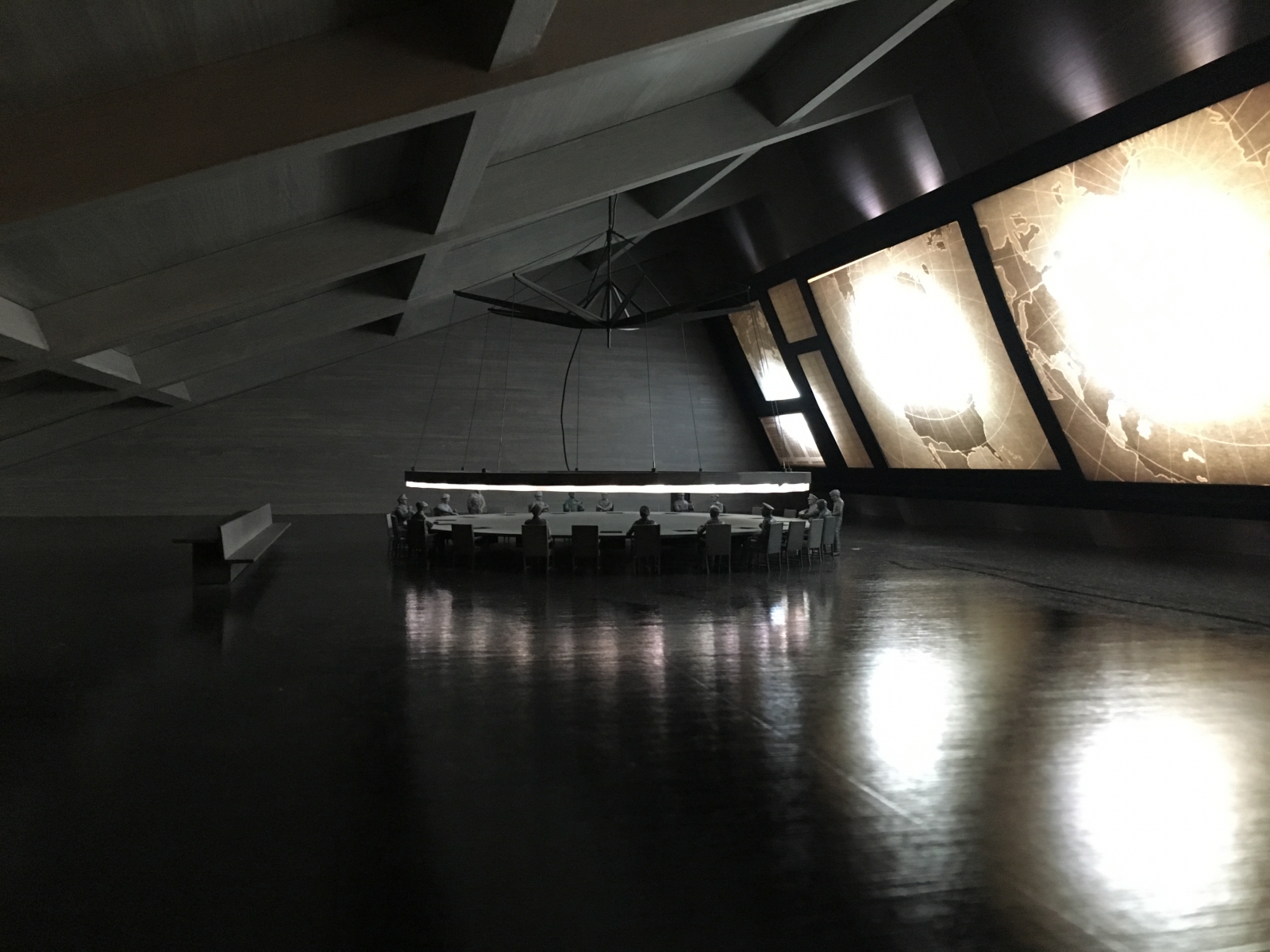 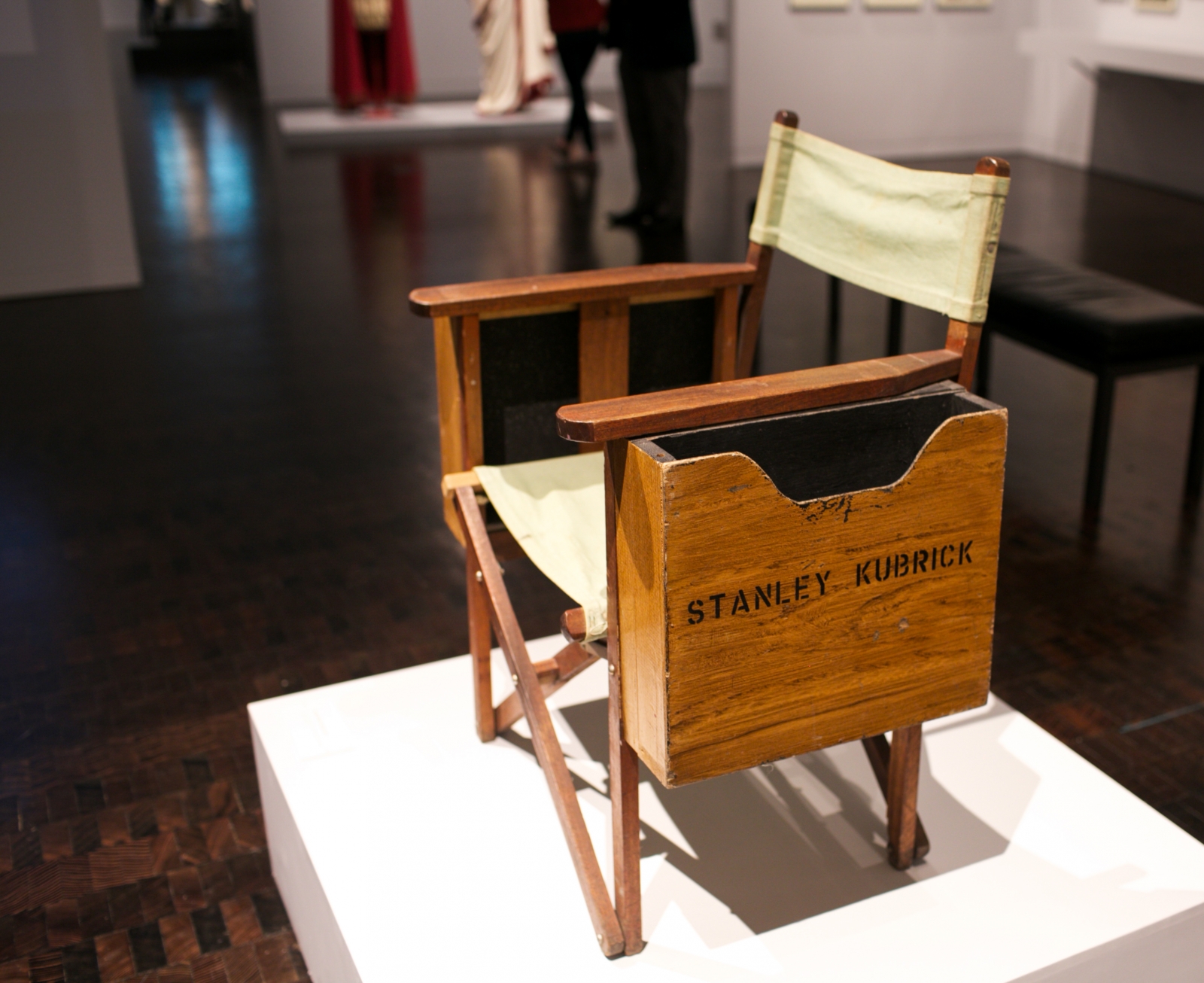 Kubrick’s acrid spirit came through in every film he ever made. One reason his misanthropy has worn better than that of Hollywood’s many other not-nice-guys is that he never hid it behind a façade of sweet. You will look in vain for a sentimental moment in a Stanley Kubrick movie. His dark view is pervasive—as a young man, as an old man. Like another movie icon of the period, Marlon Brando, his genius lay in the uncompromising harshness of his perspective. (It’s interesting that the only time they worked together—on the violent Western One-Eyed Jacks—they clashed on the concept and Kubrick left the project). 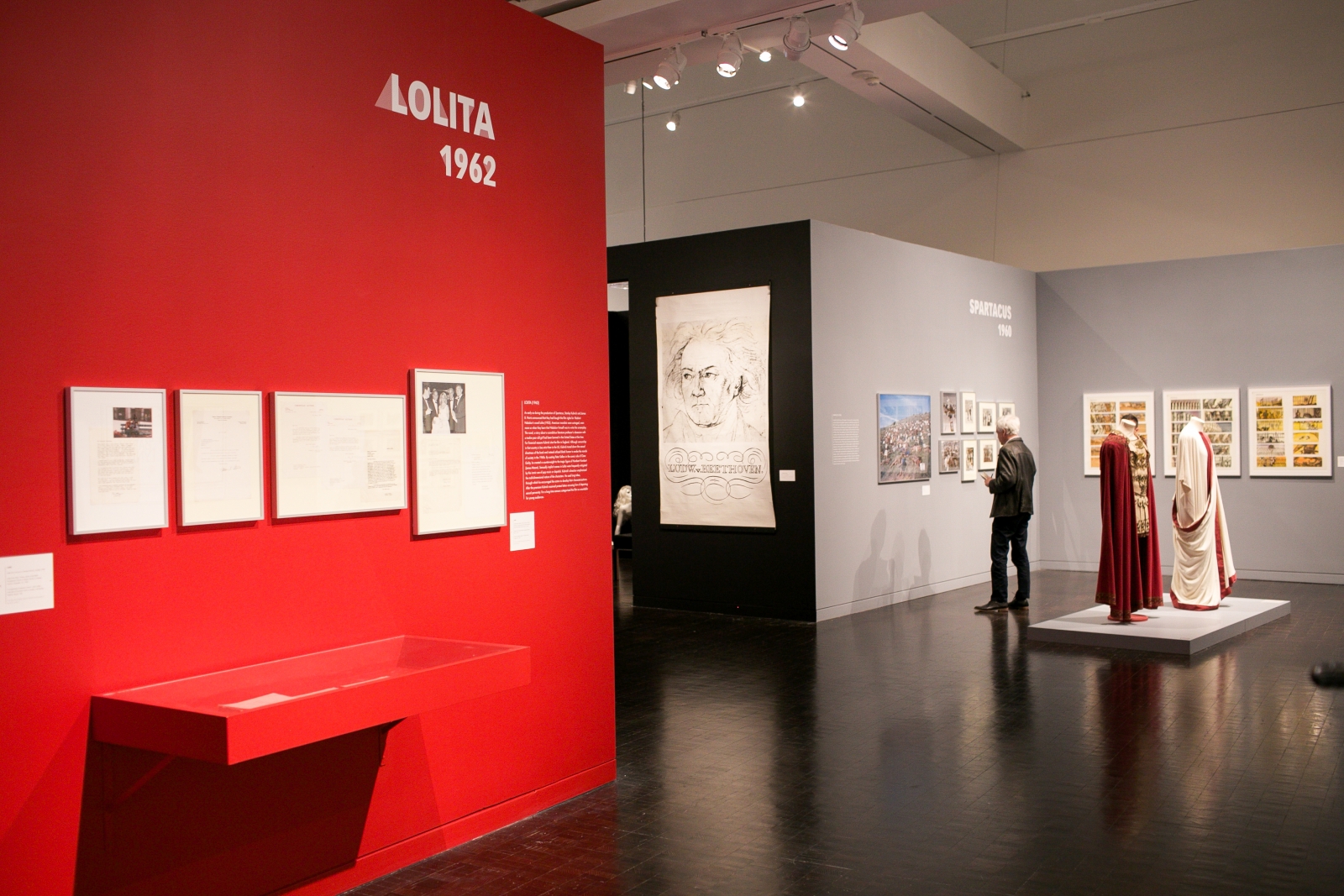 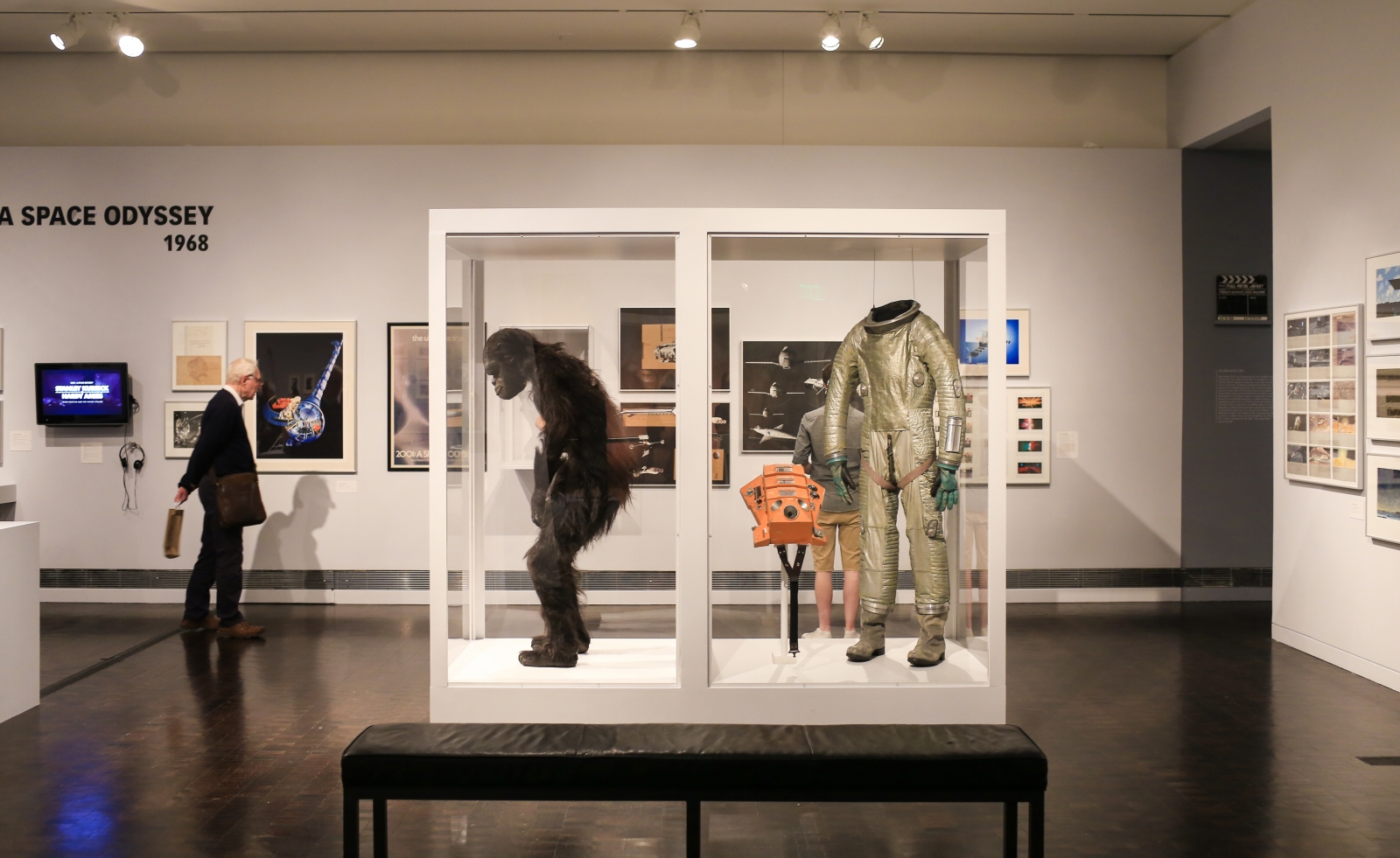 The astringent quality of Kubrick’s movies was not as common at the time as it is today. That’s one of the ways he changed movies. Another is his obsessive commitment to an emblematic synthesis of idea and image. We tend to think of Kubrick films in terms of big moments—Slim Pickens riding the atomic bomb like a rodeo cowboy in Dr. Strangelove, HAL’s red eye as he begs for mercy during the lobotomy scene in 2001, Nicholson’s crazed face bursting through the door in The Shining (“Heeeeere’s Johnny!”). You could argue that Kubrick prefigured the YouTube aesthetic—every one of his films contains a climax or two guaranteed to go viral (if only the Internet had been around then).

But it wasn’t and that’s what is remarkable about this exhibit of artifacts from a 50-year career. To this day Stanley Kubrick holds up as a vanguard of the modern—and yet he made his movies in the same way Buster Keaton and D.W. Griffith did, with story boards and little scale models, hand-drawn shooting schedules, clunky-looking cameras, people in masks and a voice in his head—because the director is the boss and there is no one to prod him—a voice in his head urging, “Do something brilliant.”

Stanley Kubrick: The Exhibition runs at the Contemporary Jewish Museum through October 30th. 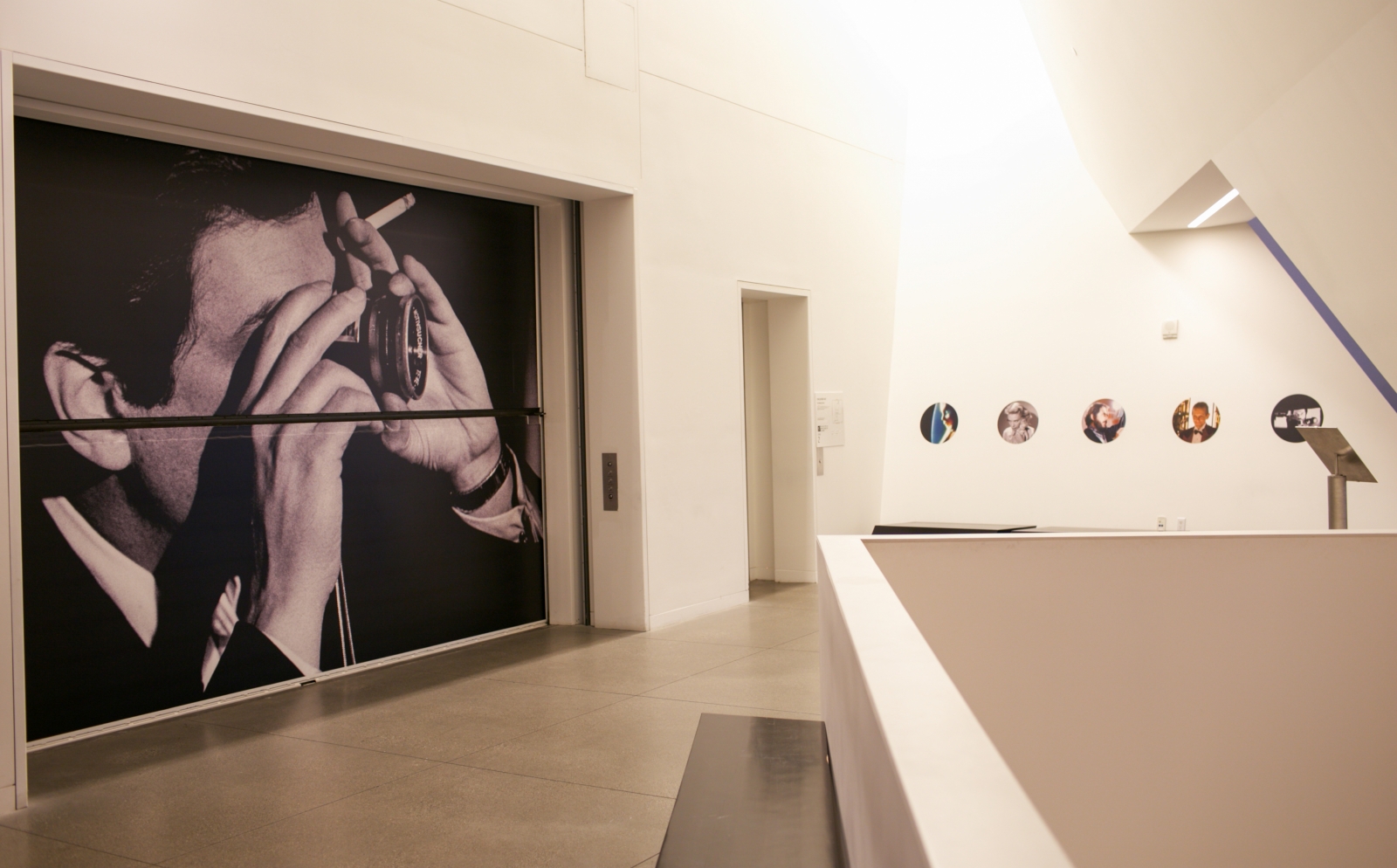