A breezy summer afternoon in San Francisco. Sarah Hotchin and Sharon Sclarr, both newly arrived from Melbourne, Australia, are sitting at the picnic table outside O+A’s office lamenting the notoriety of their national condiment, Vegemite.

“It’s such a disappointment that we’re known for food which is in a glass jar,” Sarah says. Made from brewer’s yeast with a consistency not unlike that of apple butter, Vegemite is one of those regional delicacies (like jellied eels in England or fried crickets in Thailand) that don’t necessarily translate to other tastes.

“What else are we known for?” Sharon asks hopefully. “What food? Coffee?”

“But I DO think the Melbourne coffee thing is…” Sharon pauses looking around for agreement. Seeing none, she pushes on, “… pretty renowned.”

When you have traveled across the Pacific Ocean to start a new life in a city you don’t know, one of the necessary cultural adjustments is coming to terms with what your new city knows about you. Even on the West Coast American understanding of Australian culture is probably not what it should be, so no surprise the level of discourse today is as thin as a layer of something you spread on toast. 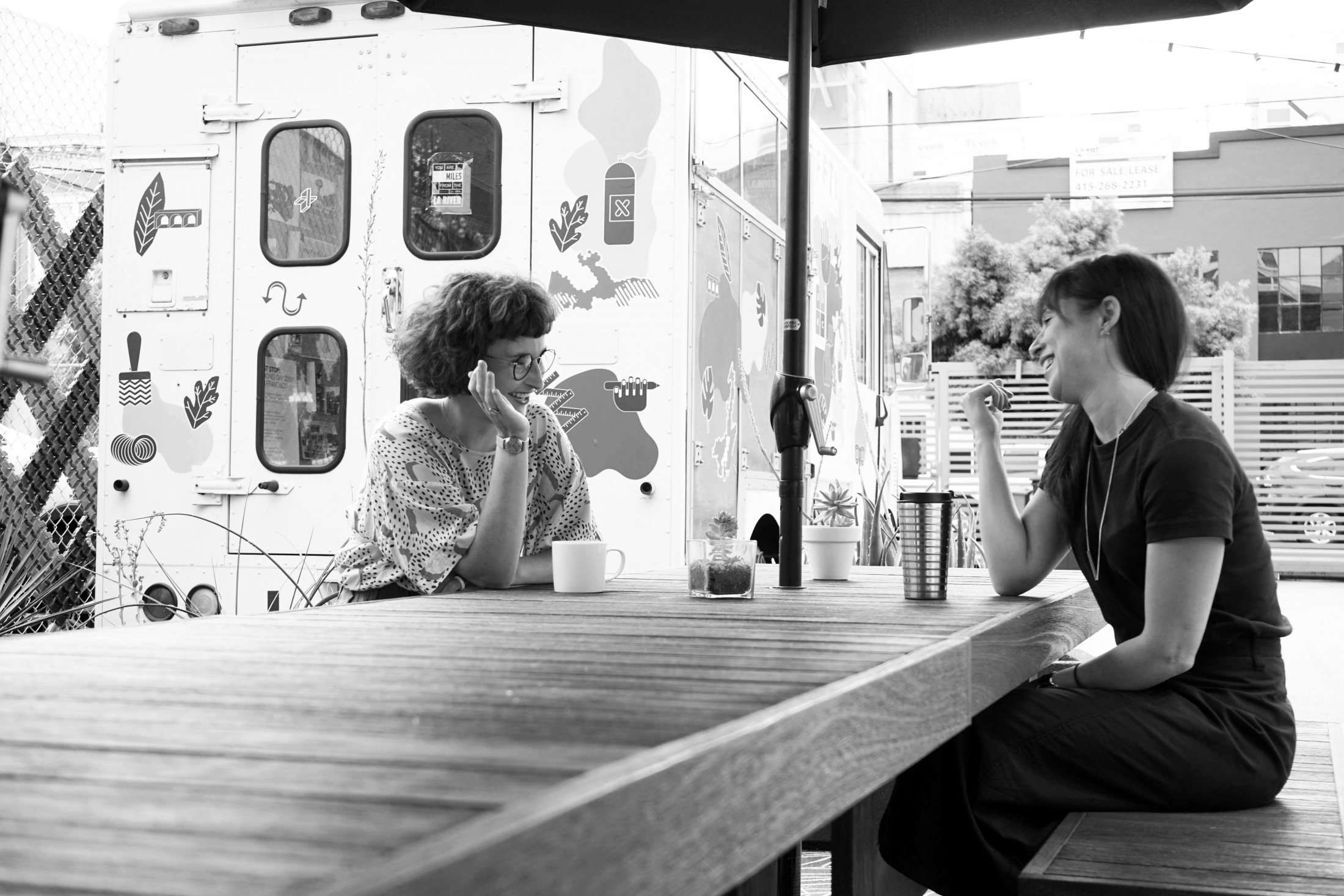 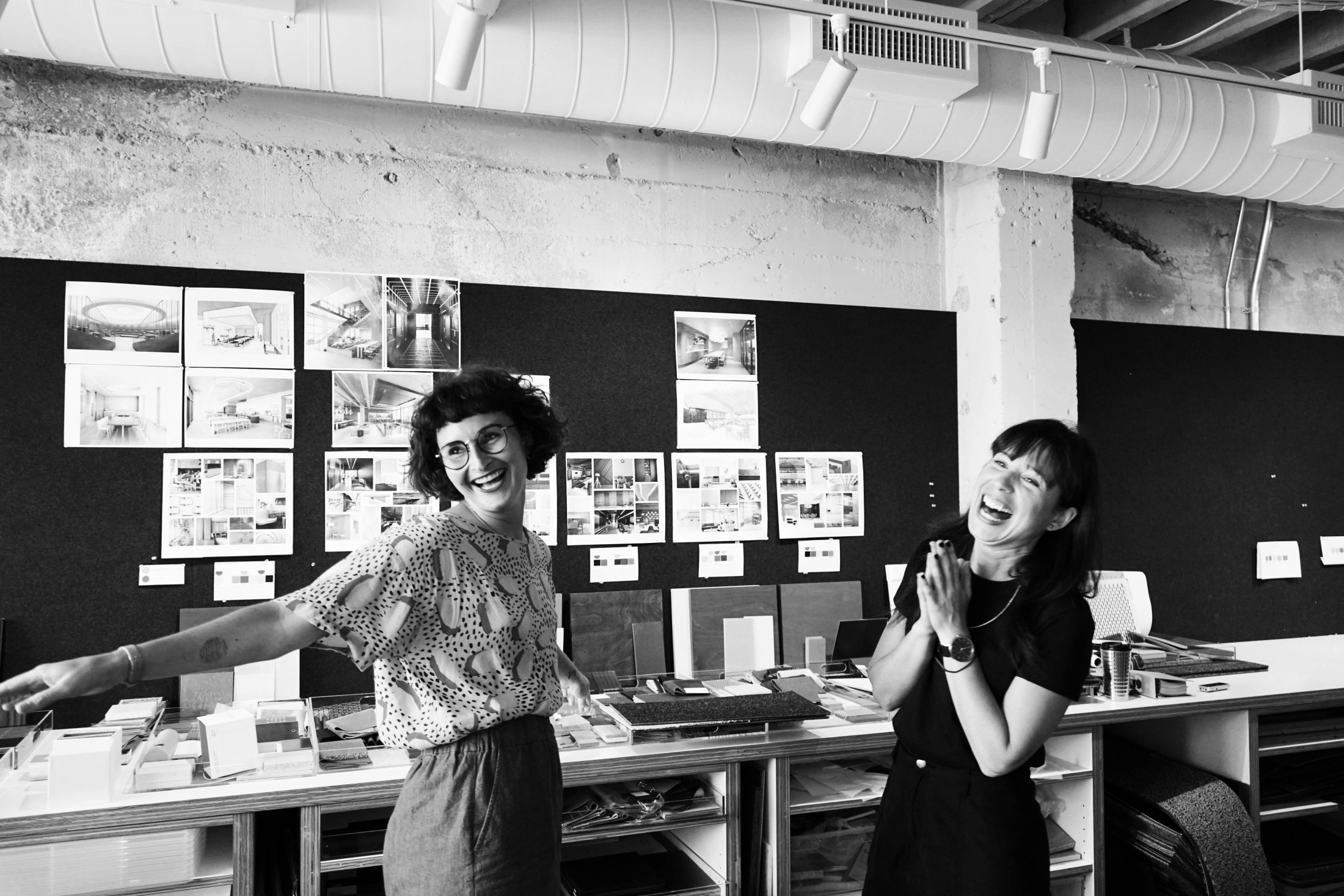 That Sarah and Sharon are here together is, by any measure, remarkable. They were living in the same neighborhood in Melbourne, roughly ten minutes apart, though they didn’t know each other. They applied separately to work at O+A, neither having lived in San Francisco before and neither holding out much hope that this whim of working in California would bear fruit. O+A interviewed them via video conference, again separately, and while the hiring decisions stretched over a few months they arrived within half a week of each other.

“I think we quit our jobs on the same day,” Sarah says.

Sharon nods. “We worked that out.”

It’s as if some protective spirit of Oceania noticed two young Melburnians about to make the same wild leap and thought, “Well at least let them land side by side.” One week there were no Australians at O+A. The next week there were two.

“I’m still sort of getting my head around the fact that I’ve left Melbourne and I’m here,” Sharon says.

Perhaps there’s something about diving head-first into a new world that makes a person acutely sensitive to nuance, but spending time with these two is a master class in living in the moment. “This is off-topic,” Sarah says, “but I got something really magical in the mail the other day. A handwritten letter from my sister! And the way she’s written it is so full of secrets.”  There follows a long appreciation of the tactile, literary and sisterly intimacy of a handwritten letter.  “You know what was really special about it? She asked me questions. She’s on a topic and then she goes, ‘So what do you think?’—question mark.  And then there was another topic and then like, ‘So what are your thoughts on this?’”

When Sarah speaks Sharon keeps up a counterpoint of “Mm” and “Hmm” and “Ahh.” When Sharon speaks Sarah does the same. It’s as if they’re passing a cello back and forth to accompany each other’s verbal solos. It could be a habit specific to their friendship, but something about it feels uniquely Australian.

If Sarah finds magic in a handwritten letter, Sharon draws similar enchantment from voicemail. “I have very dear people on opposite sides of the world,” she says. “In Europe and Australia and sometimes the messages converge at the same time and I’ll get voice messages from London and then text messages from Australia and then I’ve got family in Israel and they’re messaging me and it’s kind of nice that all the world comes together. But having that voice message!” Sharon brings her hand to her heart. “It’s so nice just to hear someone’s voice!”

In addition to the design skills they bring to O+A—Sharon in interiors, Sarah in graphic art—these recruits from down under to the up over world of American design have brought something even more valuable. Design is a process of creating contexts within which people can express their best selves. Arriving at O+A with their astoundingly paired enthusiasm, good humor, courage and spirit of adventure, Sarah and Sharon have set an example for being open to small miracles. How else explain the coincidence of making a new friend from the neighborhood nearly 8,000 miles from home?

“I feel like we were meant to collide,” Sharon says.

Sarah agrees. “I think it’s all meant to be for sure. But I don’t know why.” And then giving in to whatever protective spirit is watching, she says, “I think sometimes when I can’t explain something…” She holds out her fist as if she’s cradling a little Aussie bird there. “It’s like this thing in your hand and you’ve just gone like that,” She opens her fist to set the bird free, “and life is just taking its course.” 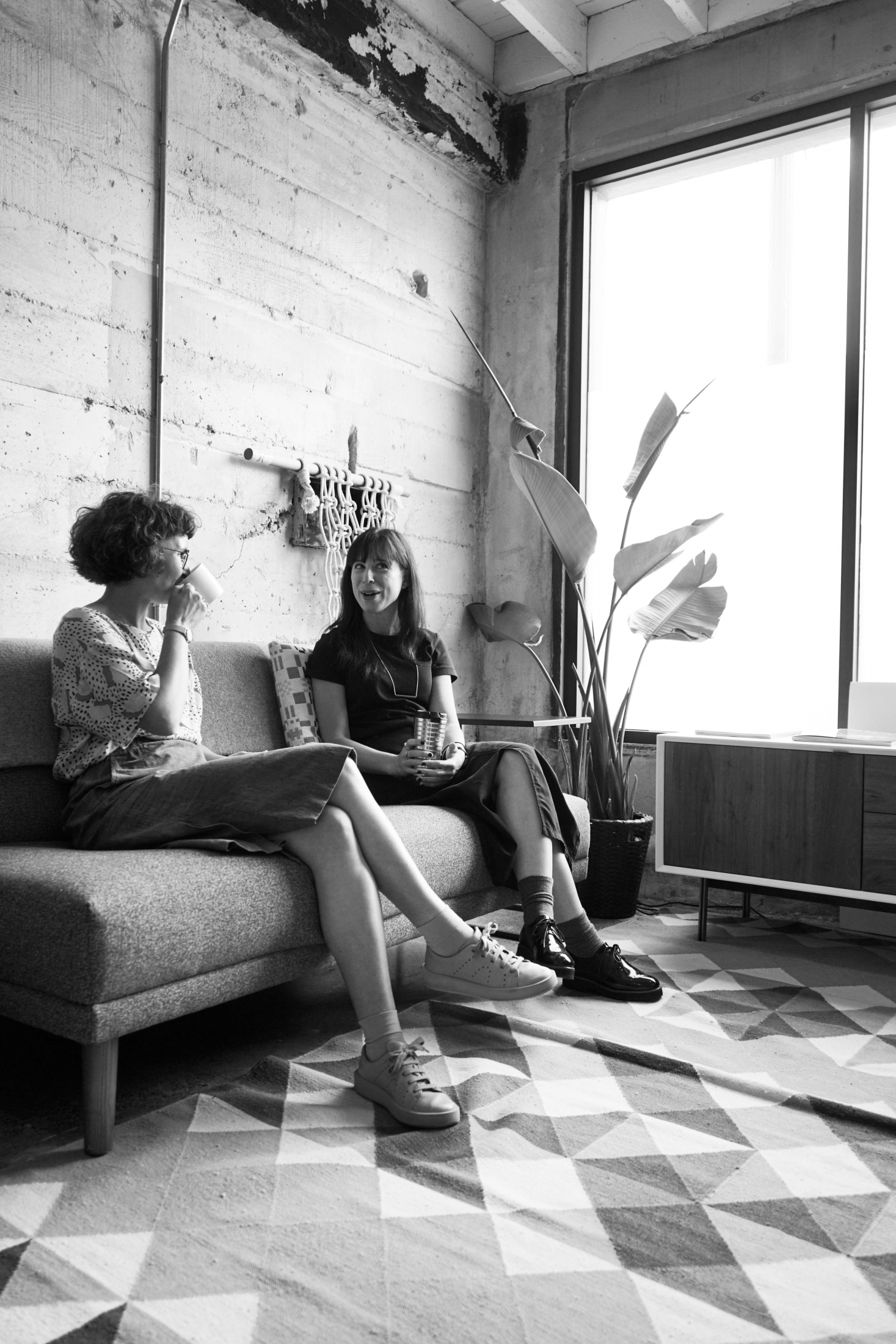