Self-sufficiency! It’s admirable, right? “Do-it-yourself” may once have been a wisecrack (as in, “If you want it done right…”), but these days it’s a back-to-basics virtue and, in more and more circumstances, a necessity for getting on with life. (Also, a popular TV channel).

That is the context within which to imagine Lisa Bieringer, Managing Principal at O+A, standing outside an evil-smelling shack in Marin County determined to make it habitable. “One day I just took a crowbar and said, ‘That’s it. I’m doing it myself. I’m going in.’” As she ripped the interior “down to the studs,” she discovered what DIY fans learn in every episode: if it’s bad on the surface, it’s worse underneath. “I mean, it was literally raining ants,” she says. “There were dead things in the walls; there was a petrified squirrel under the floorboards. It was nasty.” 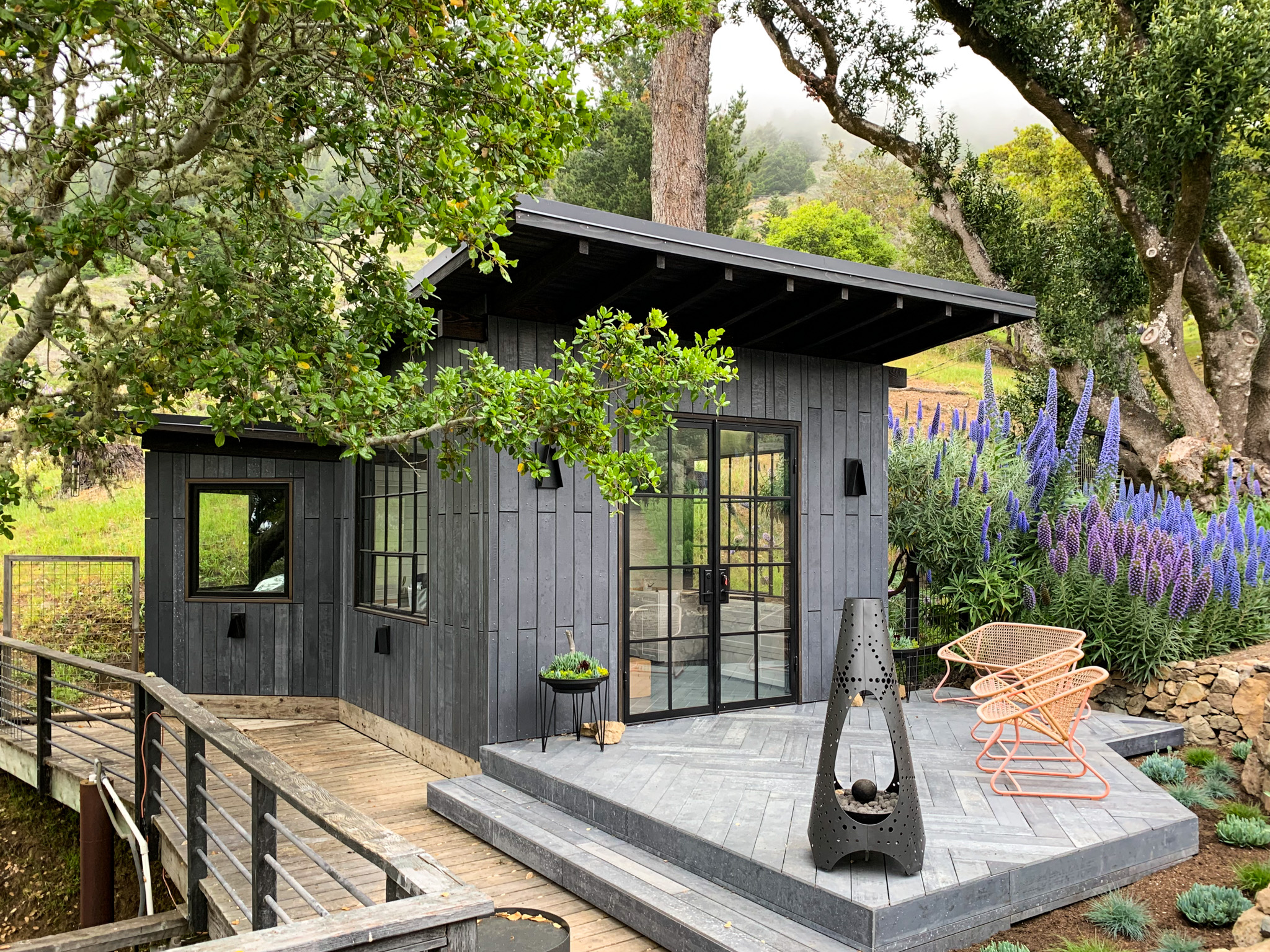 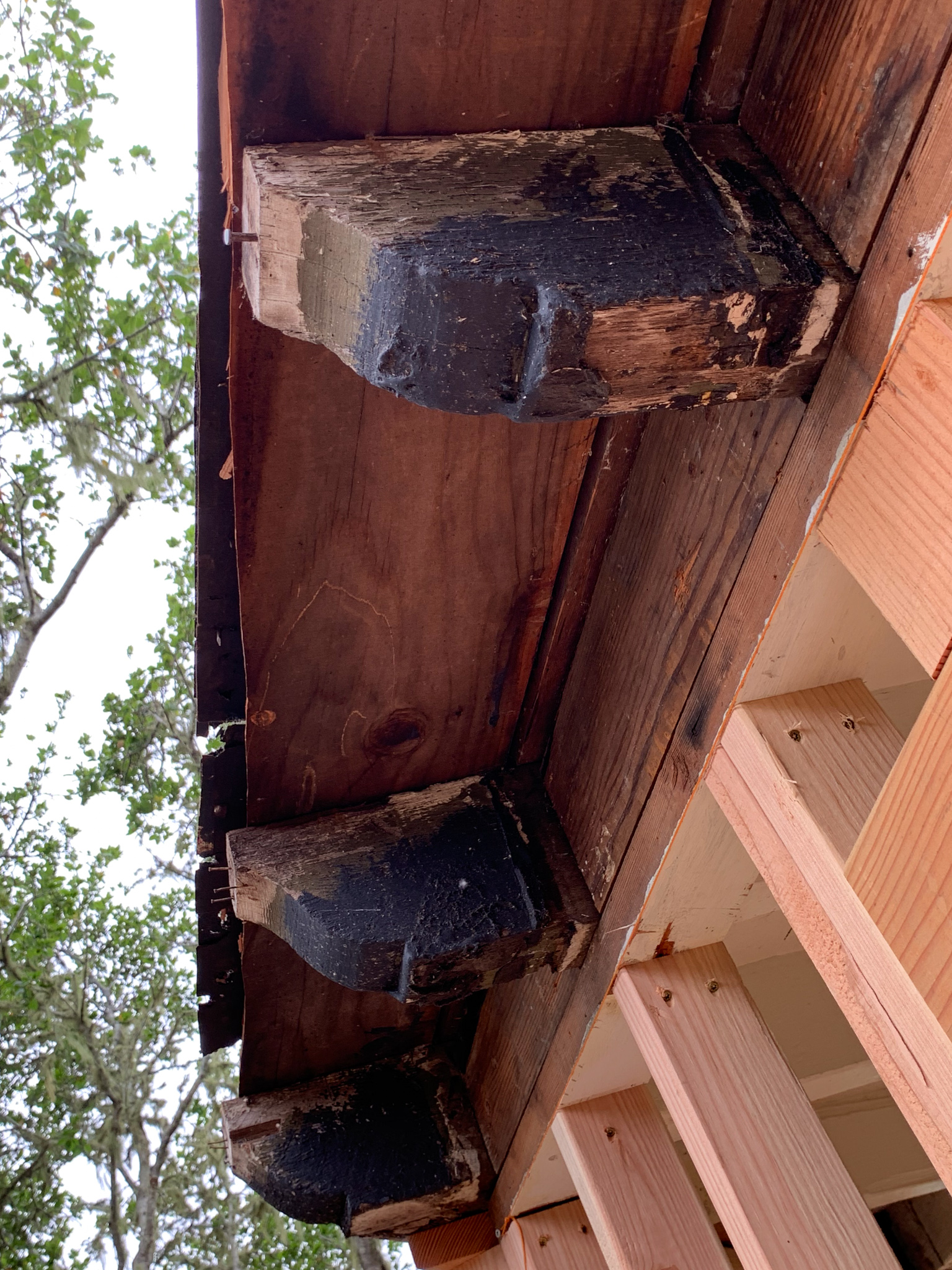 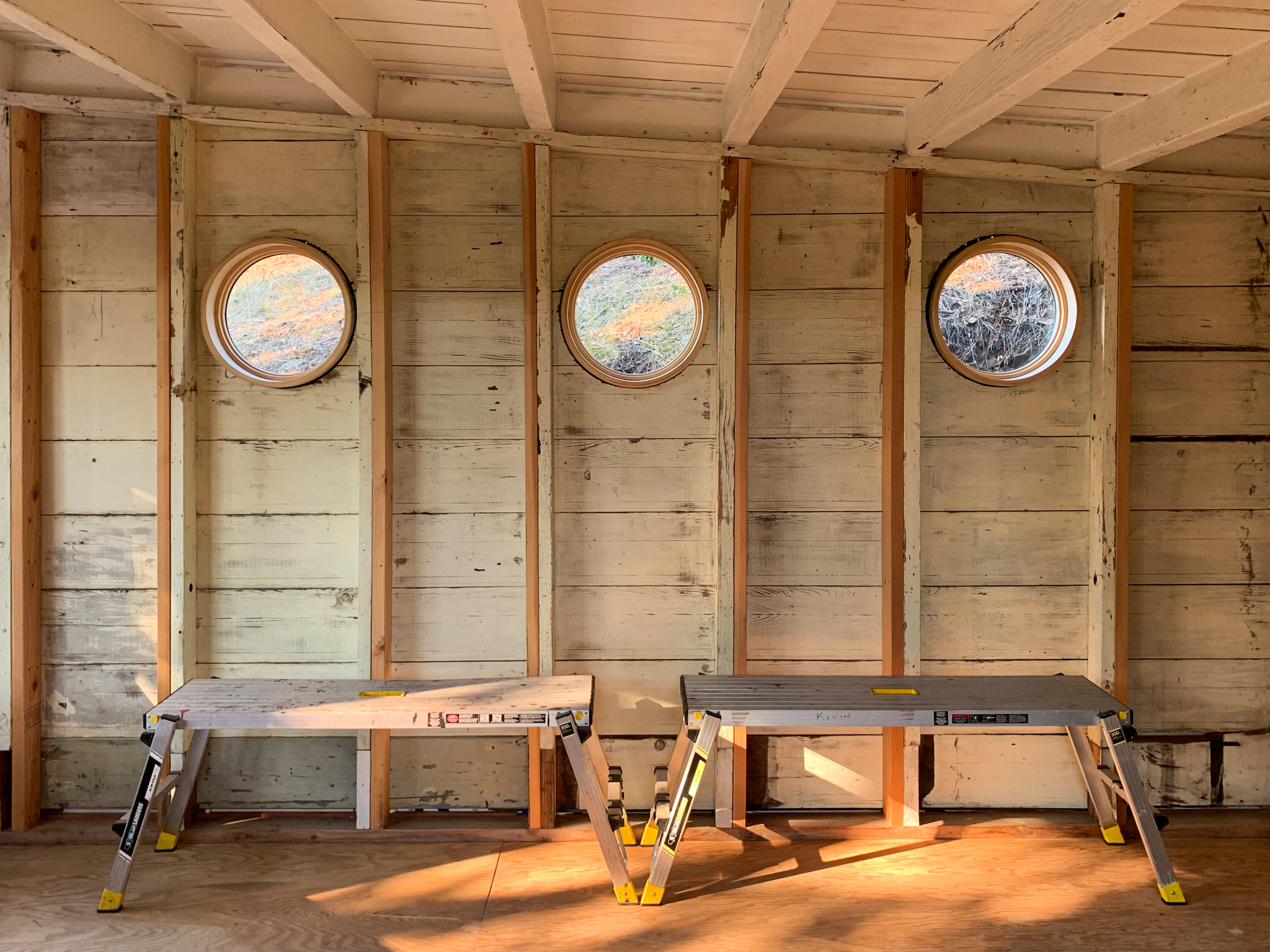 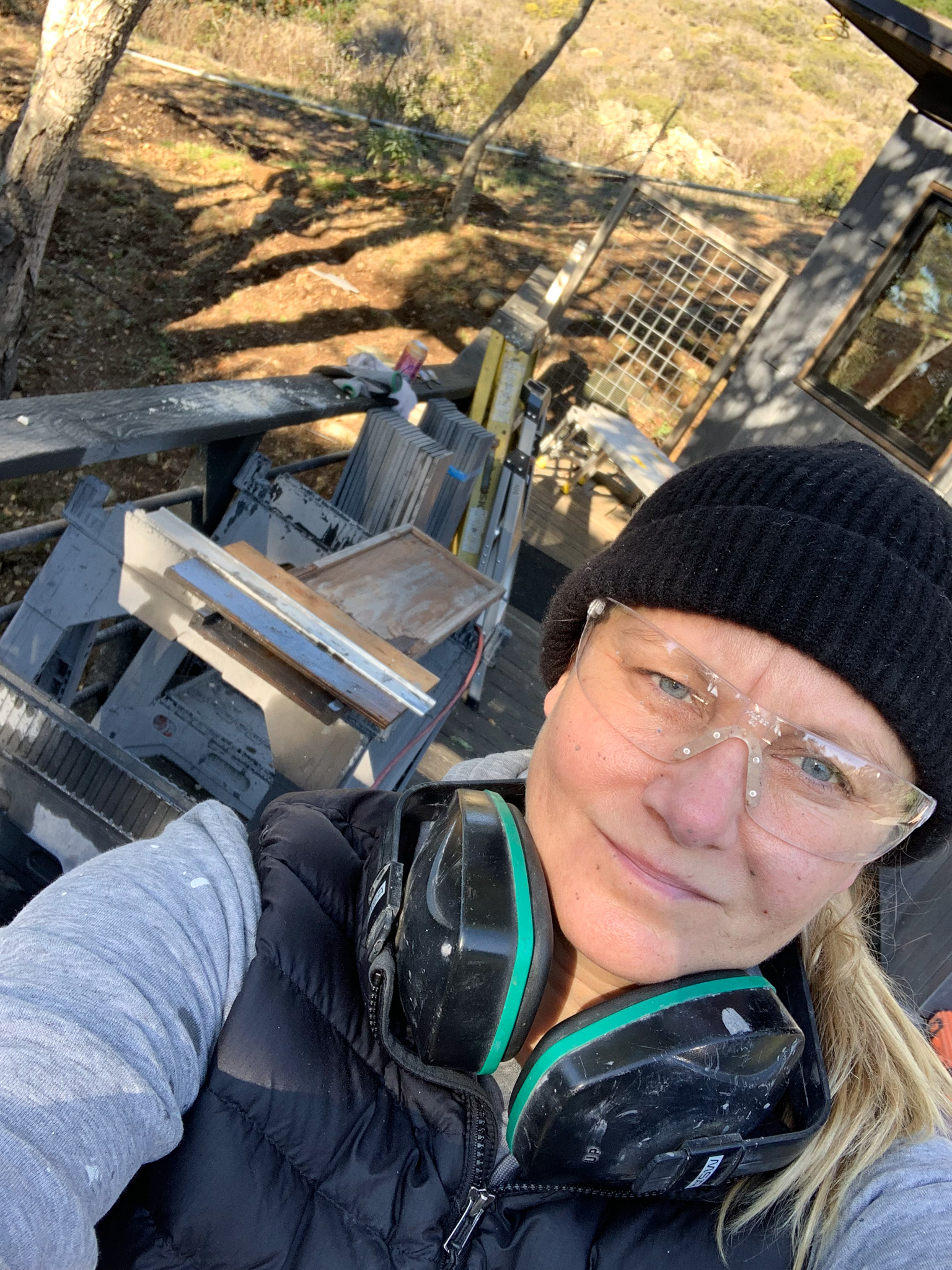 Lisa has always loved to sew. As a kid in school, she made clothes for her friends. She made summer shorts, formal dresses, and costumes for her cheerleading team. “When I moved to California,” she says, “I got rid of my car and only took a few things with me. I took my bike, my clothes, and my sewing machine.”

For all its DIY rectitude, sewing is not a tidy operation—at least not the way Lisa does it. The fabrics, the patterns, the spools of thread all generated clutter when more than one project was in the works. These accumulating heaps sometimes sparked what we’ll call aesthetic differences between Lisa and her fastidious husband Kevin. “The joke was always, are you a filer or a piler?” she says. “He’s a filer and I’m a piler.” She needed her own place to sew.

For a while, she’d had her eye on an unused shed on the grounds of their home in Stinson Beach. The partially boat-shaped structure had once been a duck blind on the Bolinas Lagoon and had a raffish reputation for having served occasionally as a local love shack. “When we bought the place and went in there, someone had been living in it with three Labs and a girlfriend,” she says. “There were fleas everywhere. I mean, it was not usable.” Those conditions put shed conversion at the bottom of the DIY project list, but over time, as Lisa’s sewing piles grew higher… 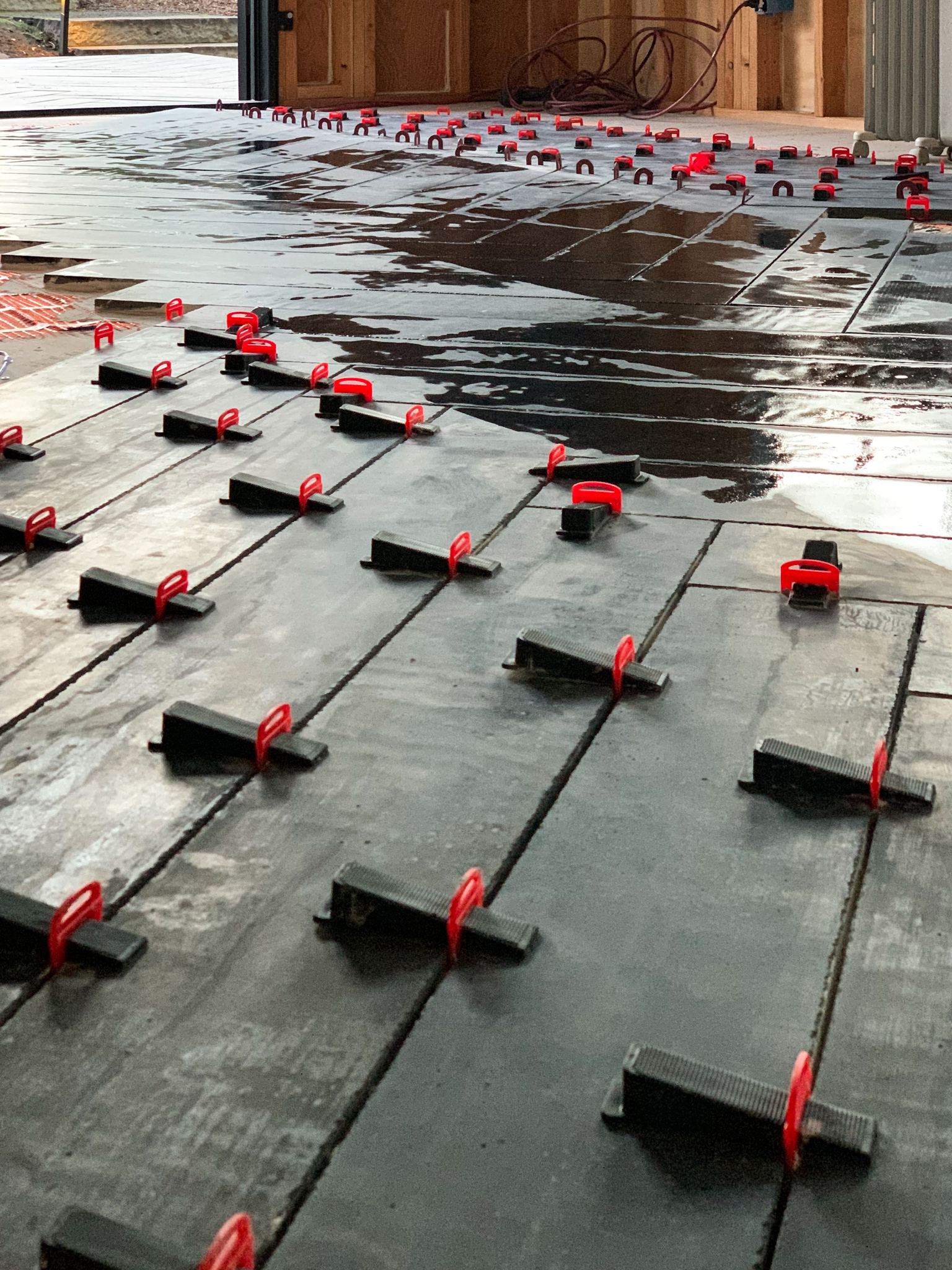 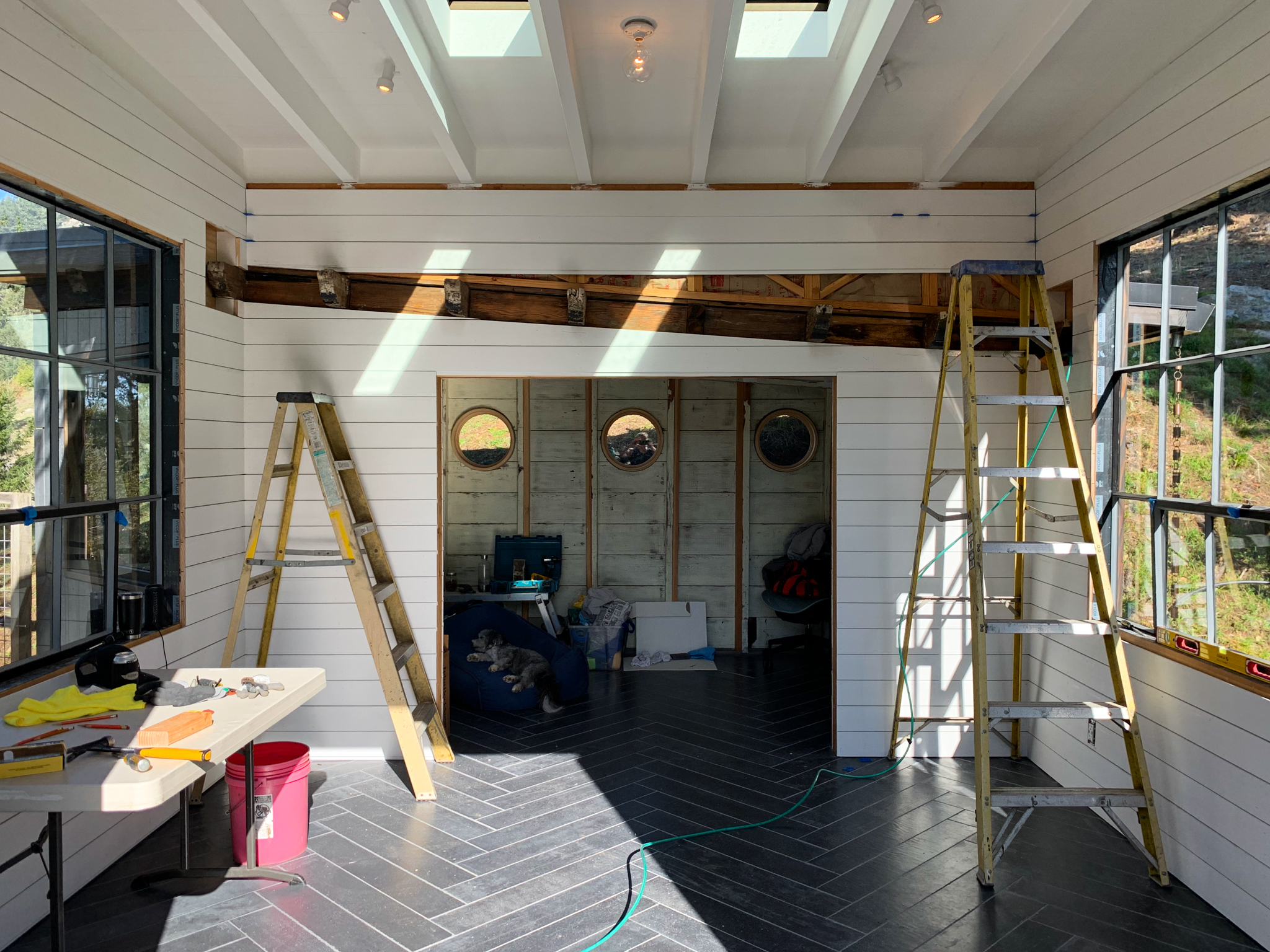 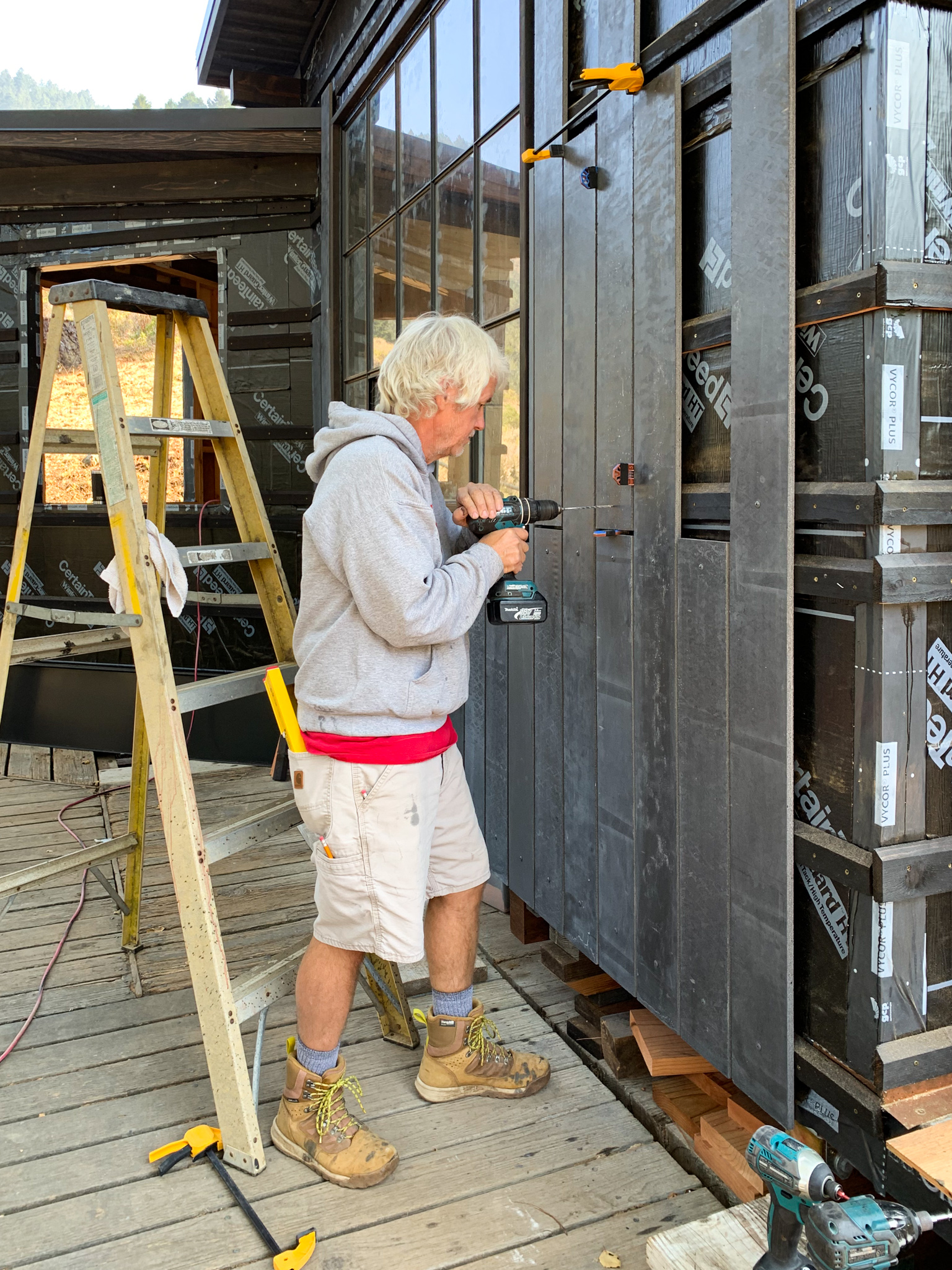 End freeze frame with the sound of splintering wood.

“The minute Kevin saw me ripping stuff apart, he got a little jealous,” Lisa says, “and was like, Okay, I’ll help you with this part.” Kevin is an accomplished DIY-er himself and the person Lisa credits with teaching her carpentry. “He built a woodshed,” she says, “but it wasn’t just any woodshed. It was a Kevin woodshed. And then a little shed for his tools that was very fancy. And then we built an art piece of a fence together.” They even pulled the face off of their house—”It looked like a dollhouse!”—and replaced it with NanaWalls. Self-sufficiency!

If those projects were Lisa’s carpentry education, the sewing shack (redubbed the “She Shed”) became her Master’s thesis. At O+A, Lisa is all about meticulous planning and careful oversight, but for her personal space, she and Kevin opted for a kind of jazz riff on existing conditions. “It ended up being design-as-you-go,” she says. “Every problem that presented itself, we collaborated on how we were going to solve it. We were stretching materials—like, can we use this product in this way?” Siding material doubling as flooring, windows found on Craigslist. “We kept finding stuff that was on sale, and we would just integrate it into the big design. We didn’t know where we were going.” 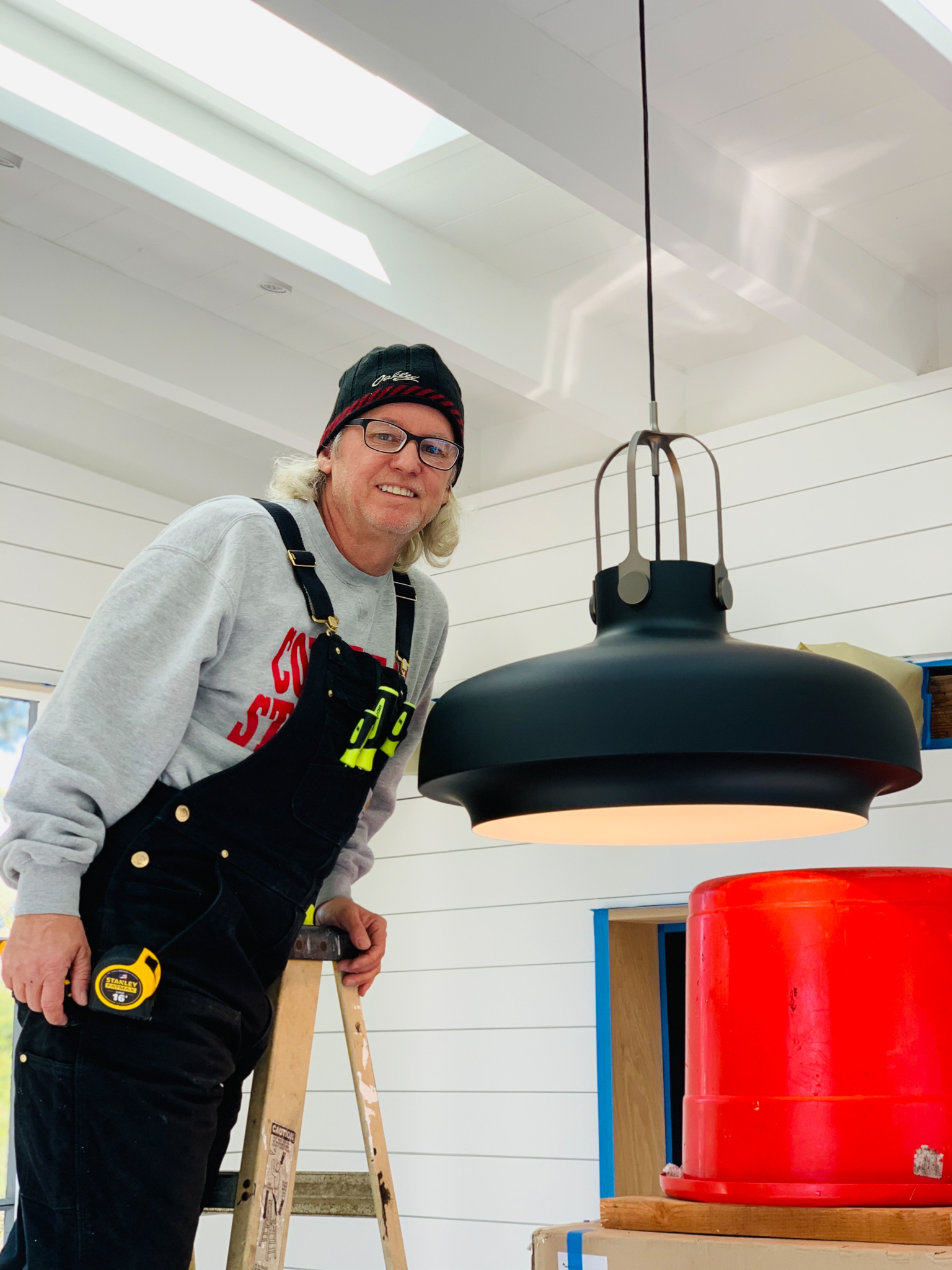 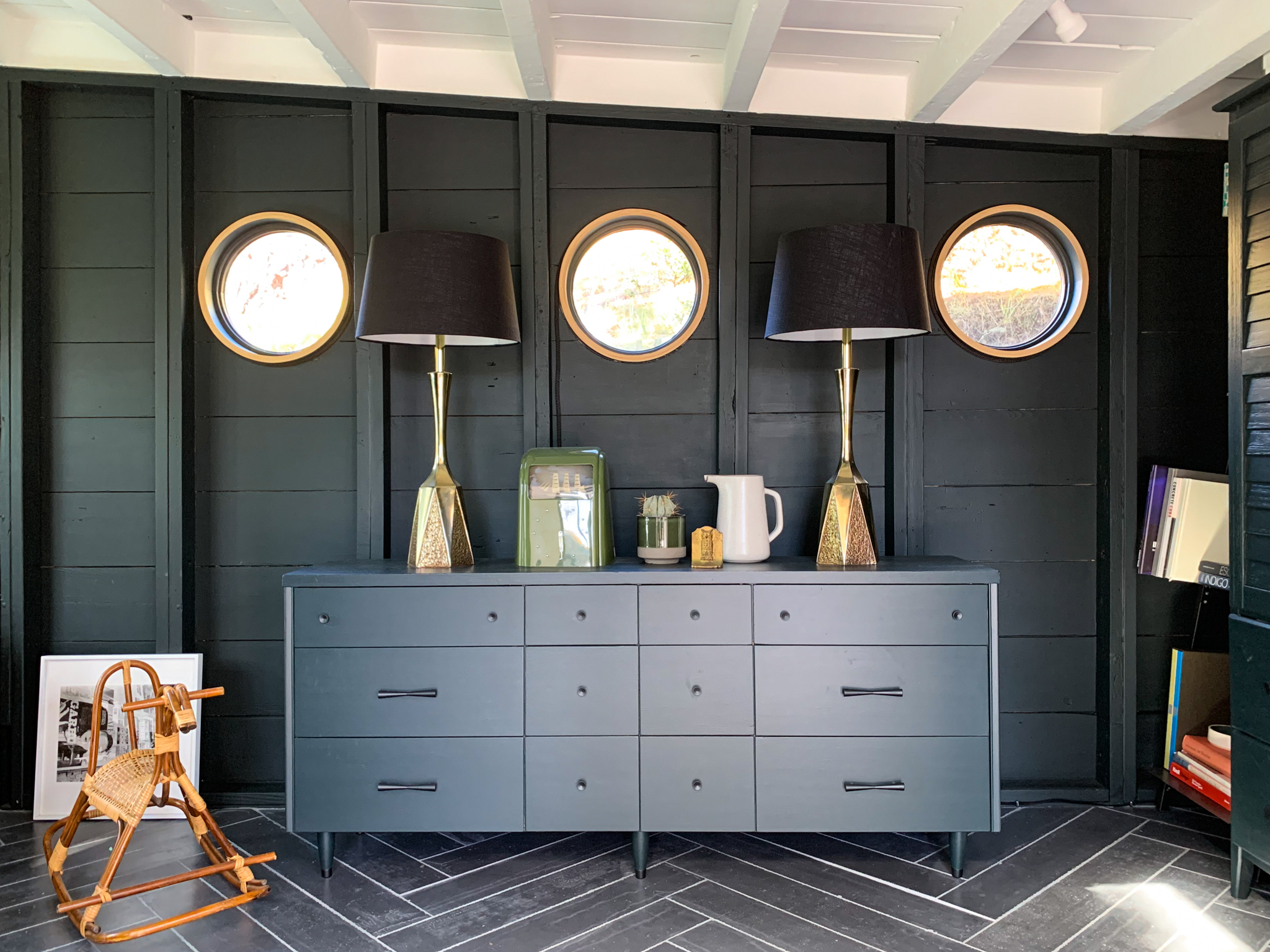 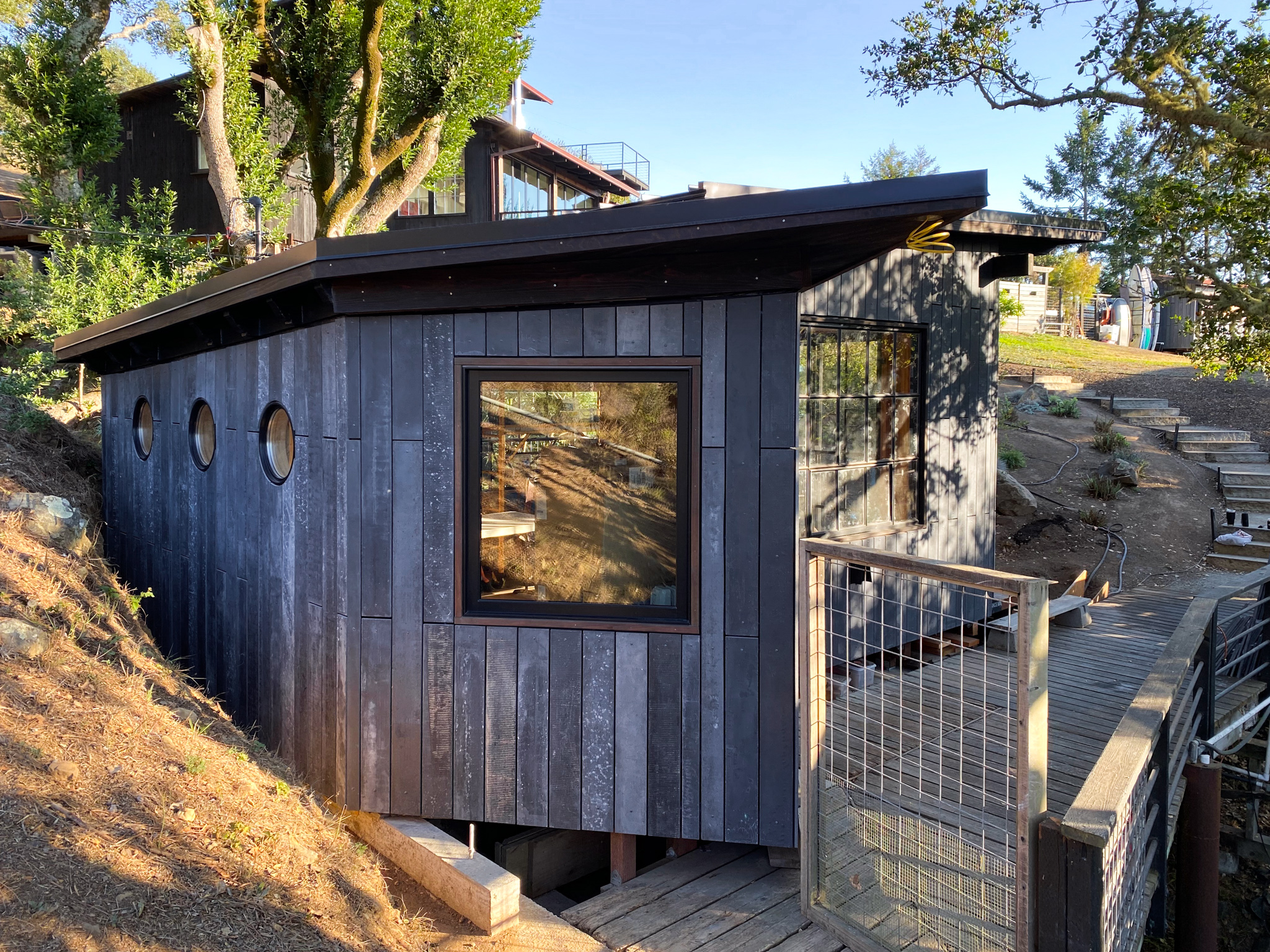 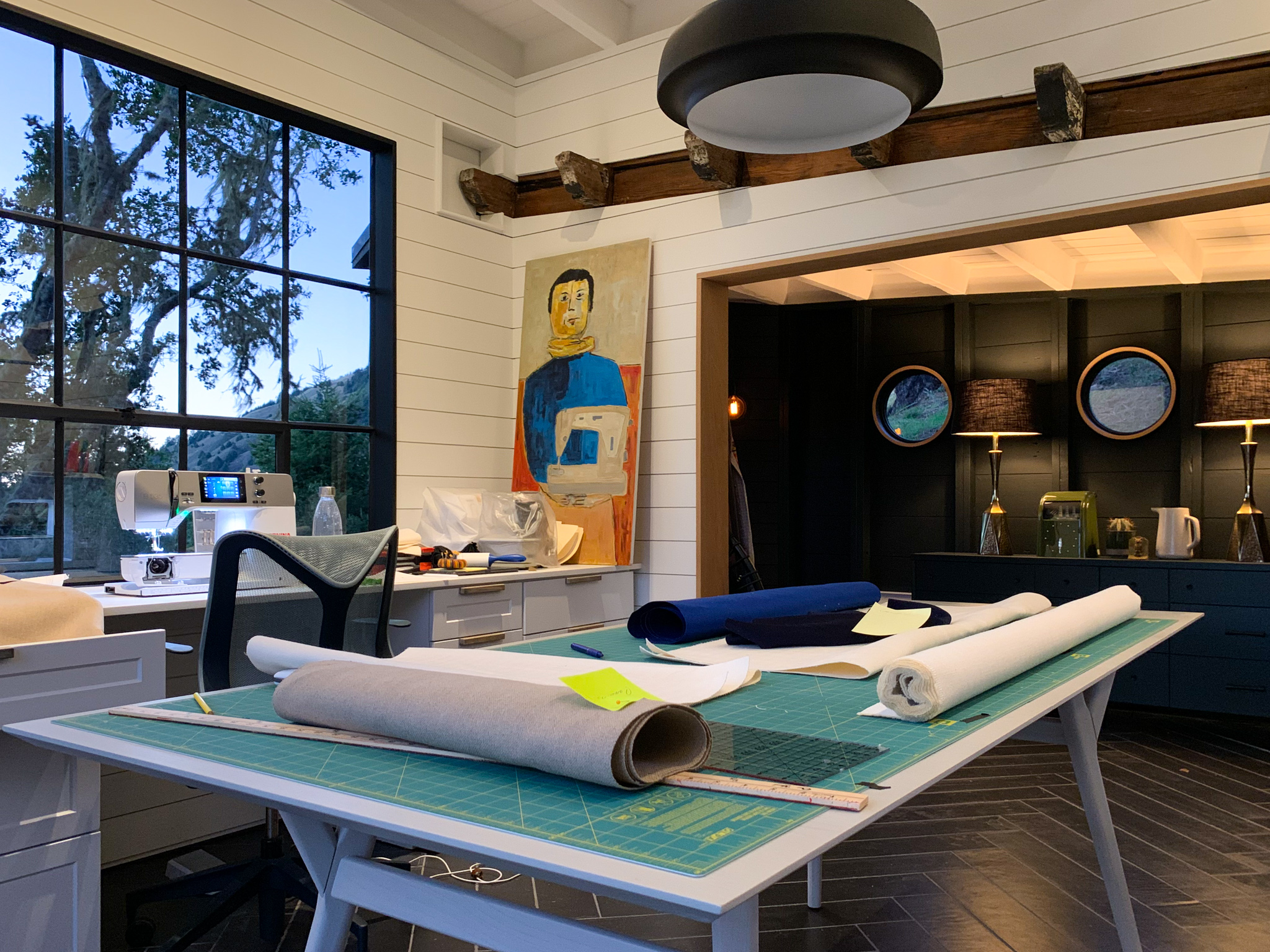 What they ended up with was architectural cool jazz. Lisa’s She Shed makes of the shack’s original components two distinct spaces. The boat-shaped section which overlooks a creek is, in her words, “blacked out. It’s supposed to feel lounge-y.” The plywood cube workhouse at the front of the structure “is Scandinavian bright and light for being able to thread needles and do other close work.”

Lisa calls the She Shed “my own little universe” and admits when she’s away, she can’t wait to get back—a gravitational pull so strong even a “neatnik” can feel it. “The other night I saw this flashlight coming from the house,” she says, laughing.

Filer coming out to check on his piler. 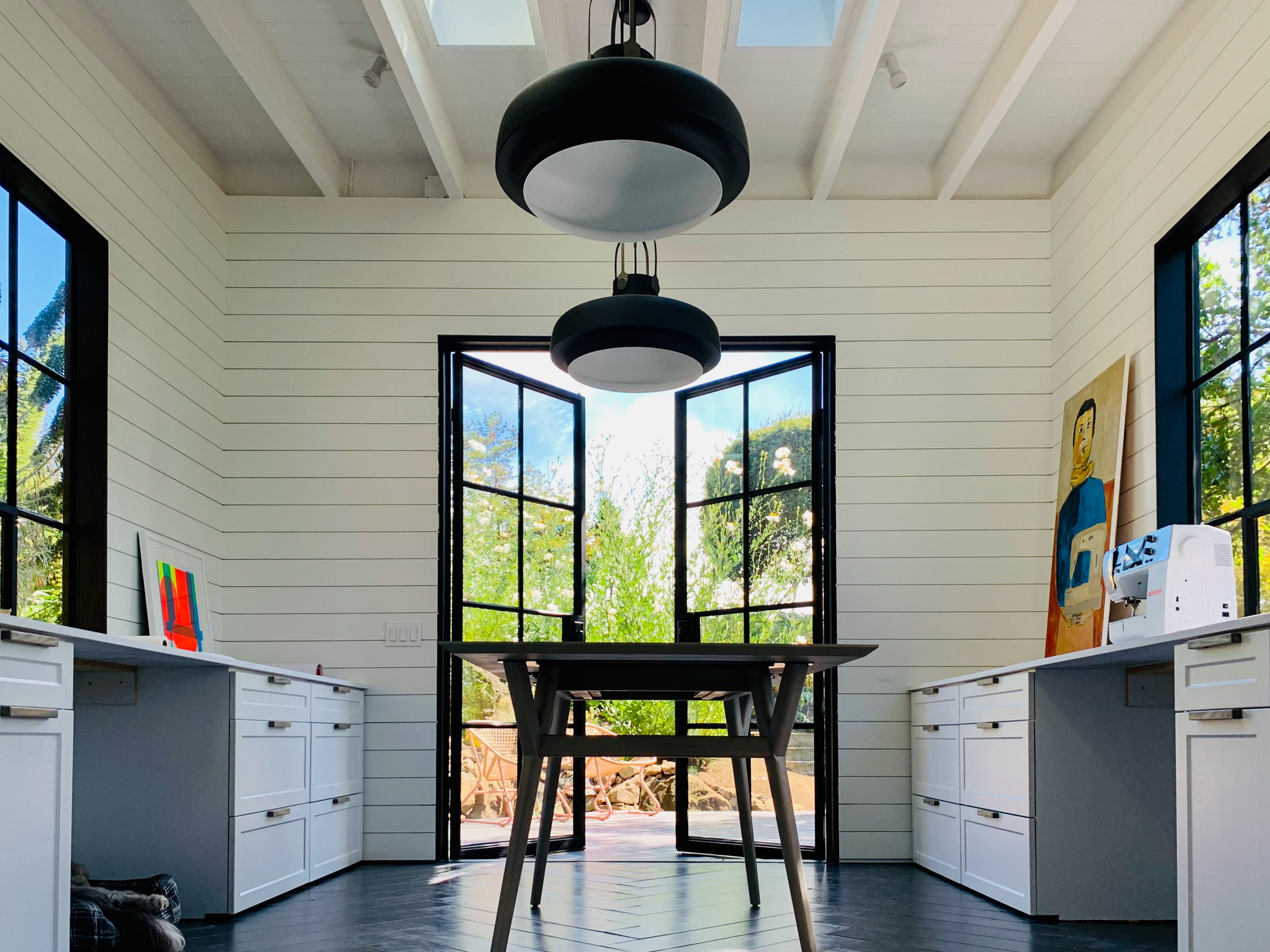