Sitting Down with Oru Kayak

“I told the team you were coming over and they were like, ‘Really? Are they going to be okay with what we’ve done?’’’

Ardy Sobhani, one of the founding partners of Oru Kayak, is sitting in his new office in Emeryville, talking to O+A about furniture. “Office” doesn’t quite capture the character of Ardy’s work environment—it’s a spacious converted warehouse open to the sunshine, with work desks in the front, a boat-building workshop in the back and kayaks suspended from the ceiling.

And “furniture” doesn’t quite capture what Ardy is sitting on—and talking about. It’s the prototype of The Edge, a modular work station that Primo Orpilla designed for OFS in 2014. OFS produced a prototype at the time and after brief display at an O+A pop-up, it sat in storage until Ardy took it for his new space. “Are they going to be okay with what we’ve done?” refers to how Oru Kayak modified the existing, multi-unit structure to fit their needs:

“As you can see we turned it on its side and made a shelf,” Ardy says. “There’s another piece over there. It was bigger. We cut it in half. This one came from you guys too—this wood. So we just made it like a standing desk.” In other words, Ardy and his team did exactly what Primo had always envisioned for this versatile, assertively DIY design—they customized it. They shaped it to their taste. It is one reason why O+A wanted to drop by and see The Edge in action. 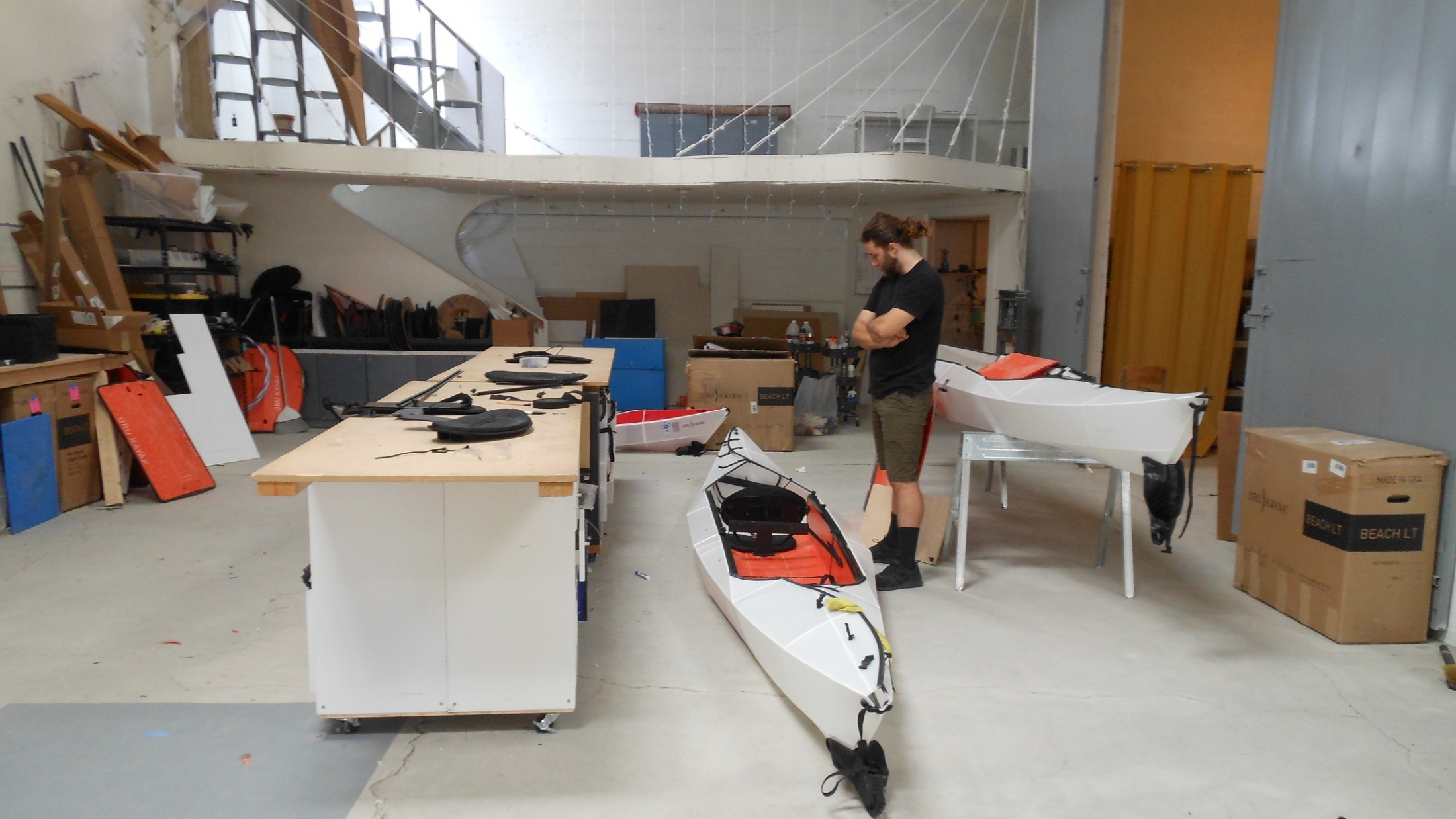 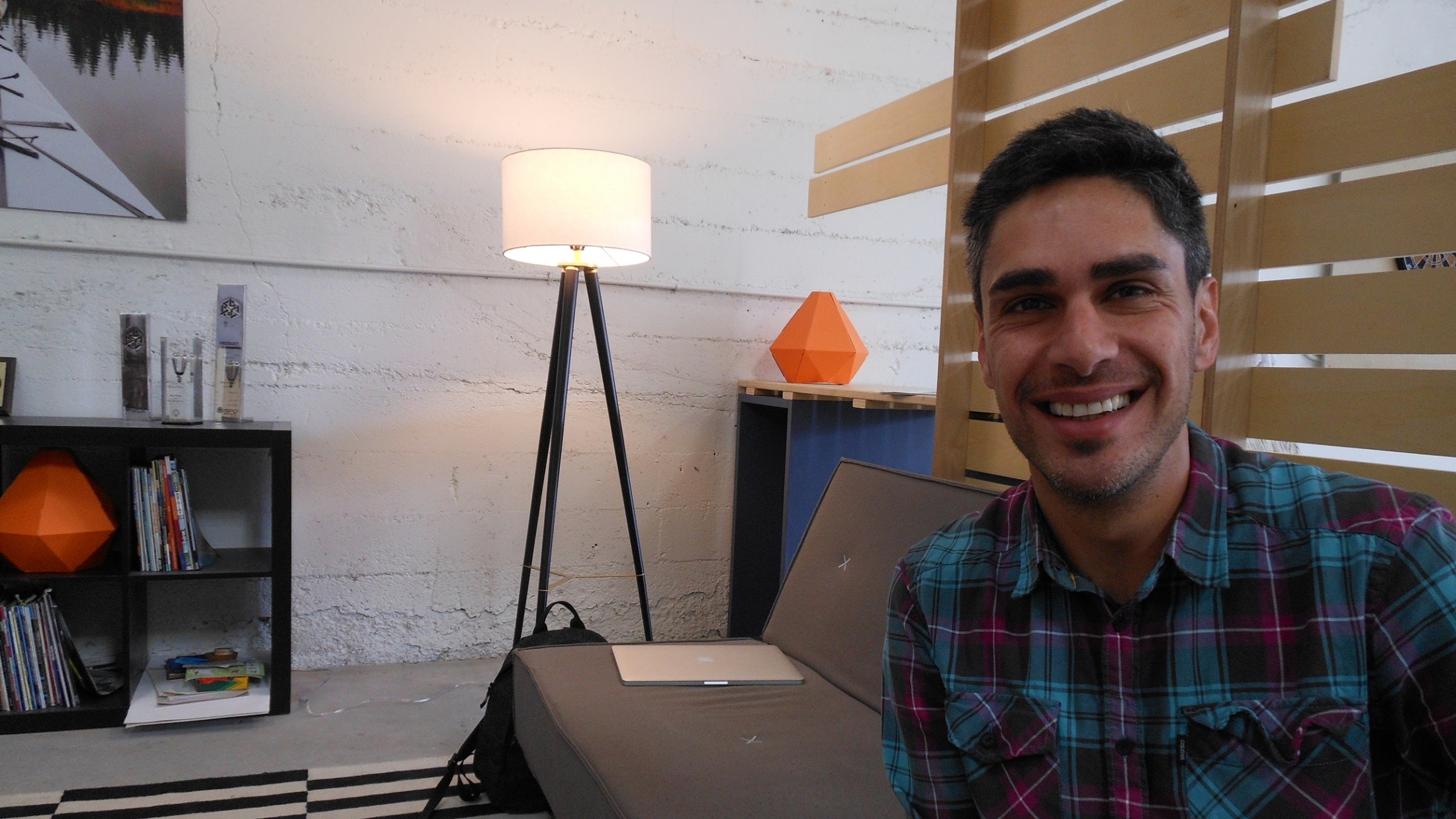 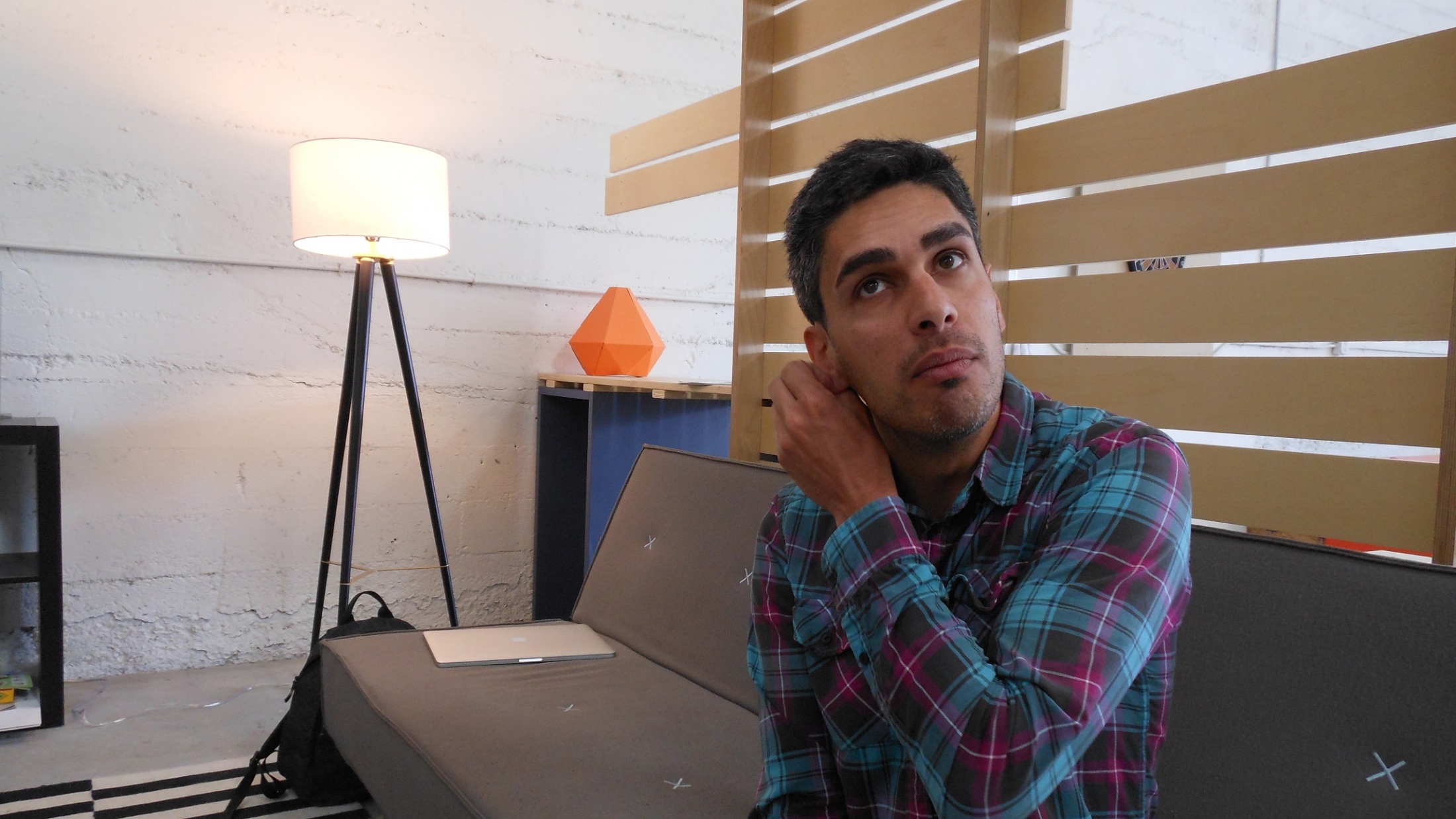 The other reason was… well, kayaks!

“He was walking around a lake and he found a kayak that was left there, a wooden kayak,” Ardy says of his cofounder Anton Willis. For a trained architect and the kind of guy who walks around lakes it was a momentous discovery. Anton, who would soon become Ardy’s business partner, took the boat home and set to work learning how it was constructed, perhaps not realizing right away that he was teaching himself a new career.

Oru Kayak, the company that resulted from Anton’s design sense and Ardy’s business sense, combined two ancient skills, boatbuilding and origami, to create a new product: a kayak capable of navigating wild waters that can be folded up like a camping tent and carried on your back. Inspired by the work of Robert Lang, the origami artist who worked with NASA on how to “fit big stuff into a small package,” Oru Kayak’s founders understood from the beginning that inventive design placed in service to functionality creates an irresistible product.

Or anyway they understood it after launching their company and selling 500 kayaks. “We decided we should launch via Kickstarter to see who our audience was,” Ardy says. “Was it kayakers or was it normal people that wanted to go kayaking? Now we realize that it’s just us. We’re not hardcore kayakers, you know? But we do love the outdoors. Everybody here loves the outdoors.”

The other thing they came to understand about their company was that they weren’t selling boats—they were selling the experiences a boat can take you to. If you visit Oru Kayak’s website you will find a collection of journeys taken by the company’s customers. Some are quirky—like the guy who carries his kayak onto BART; some are hair-raising—like the two guys planning a dangerous channel crossing in the Faroe Islands (“Don’t do it,” says a series of long-jawed old timers before they launch). All illustrate a pleasure well known to designers and makers: that moment of satisfaction when you see your design put to use. It applies to boats, as it applies to furniture.

“We’re all a fan of what we do here,” Ardy says, glancing up at the kayaks floating overhead. “We’re all evangelists.” 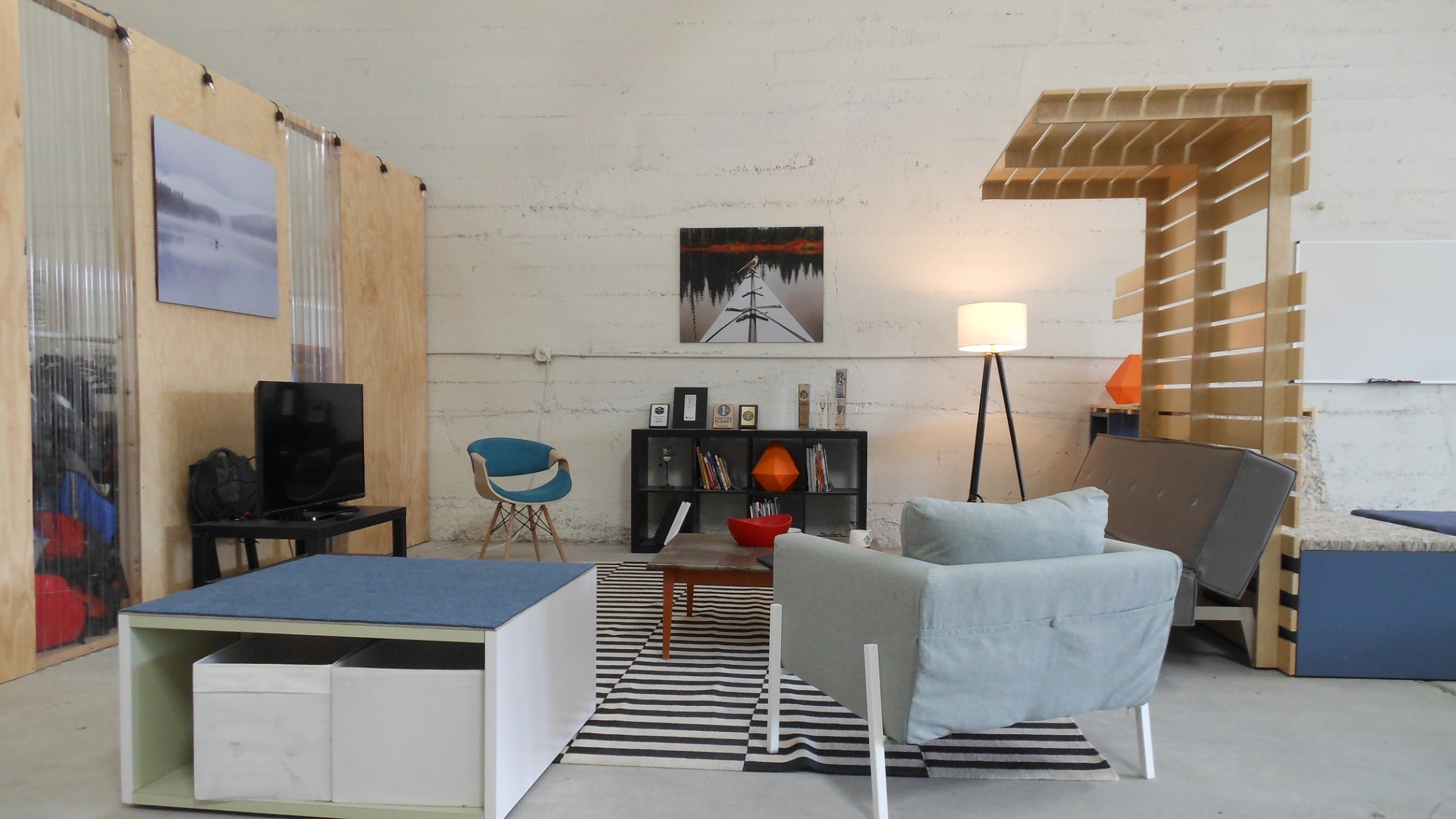 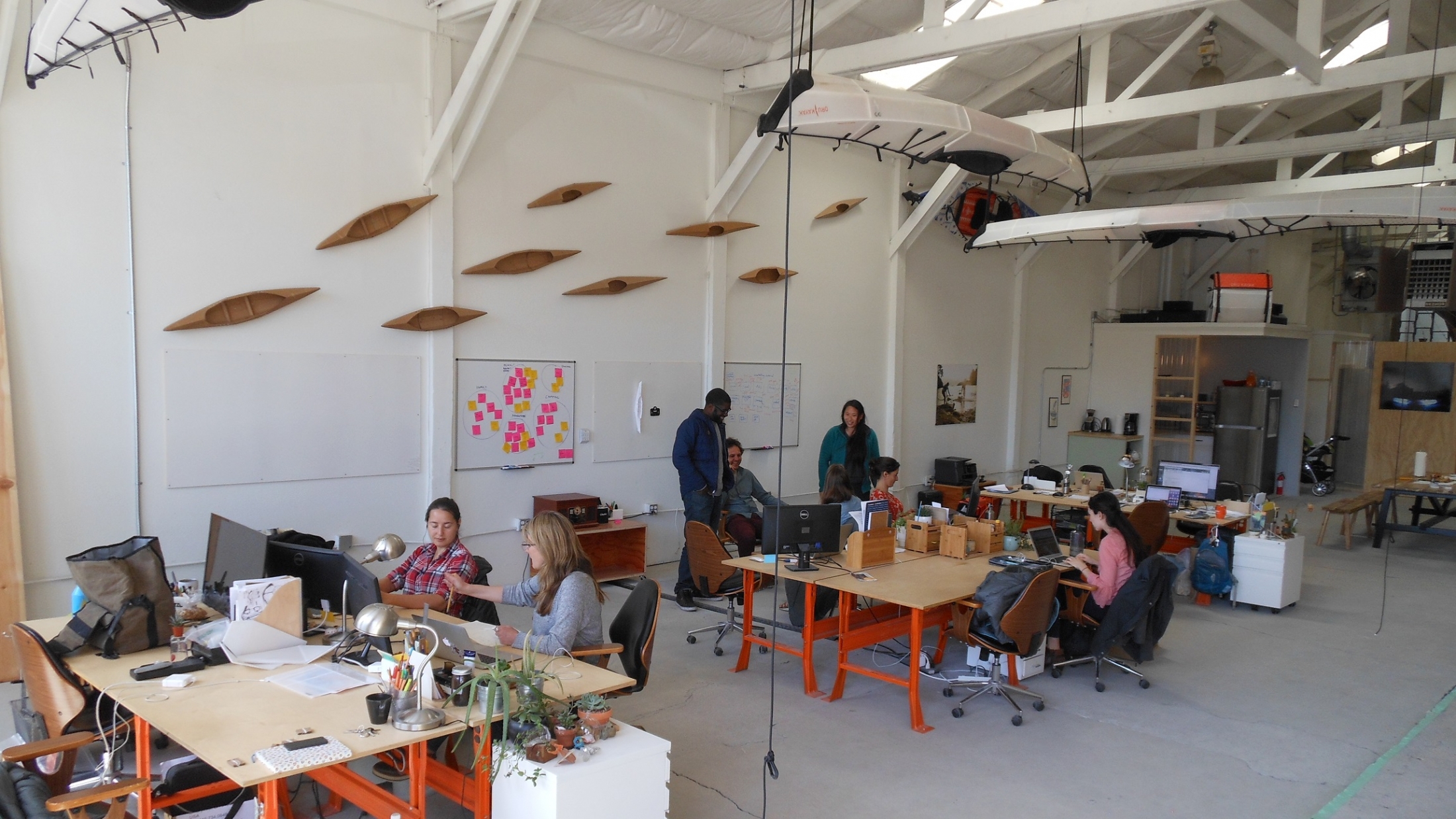 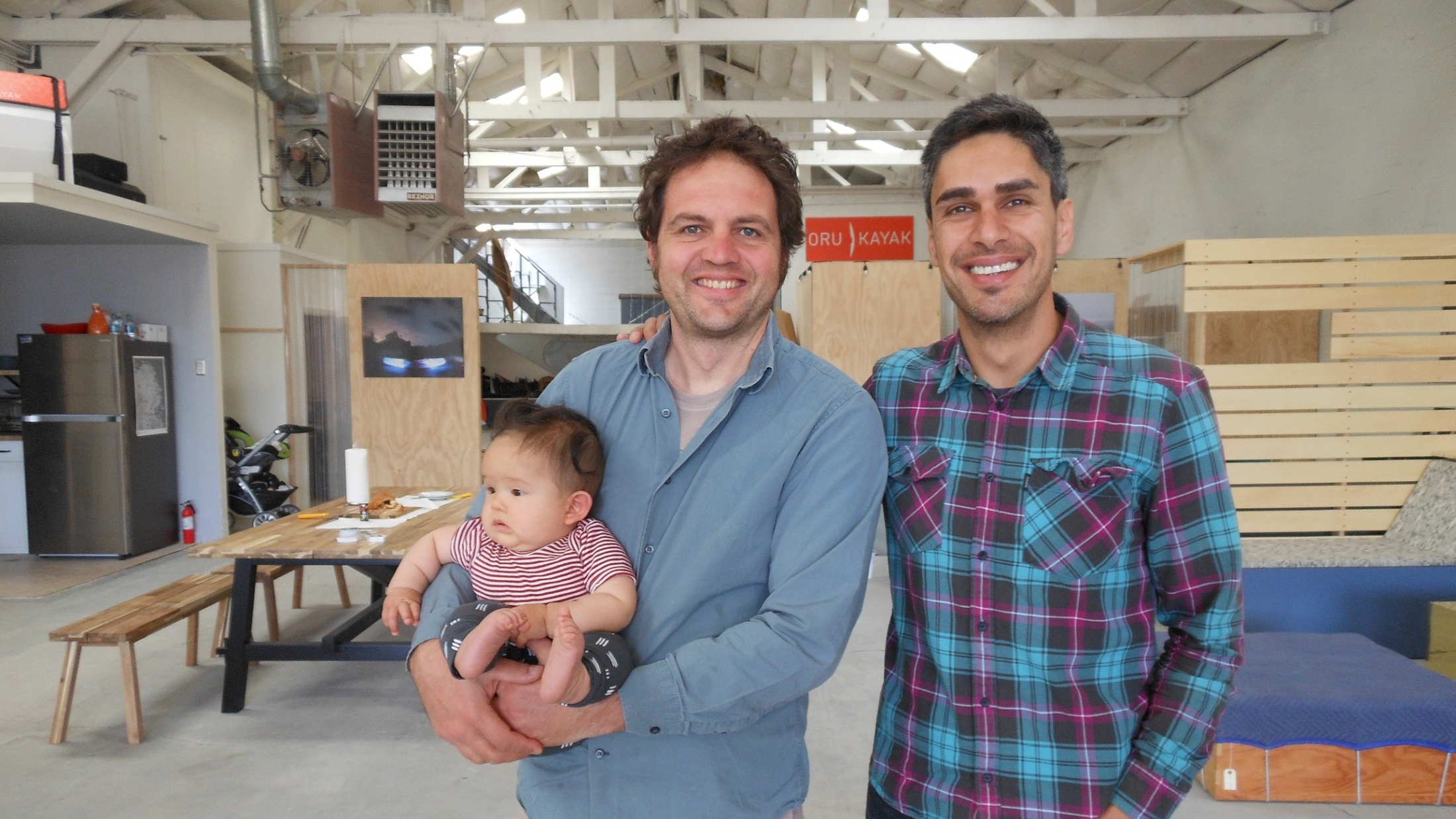