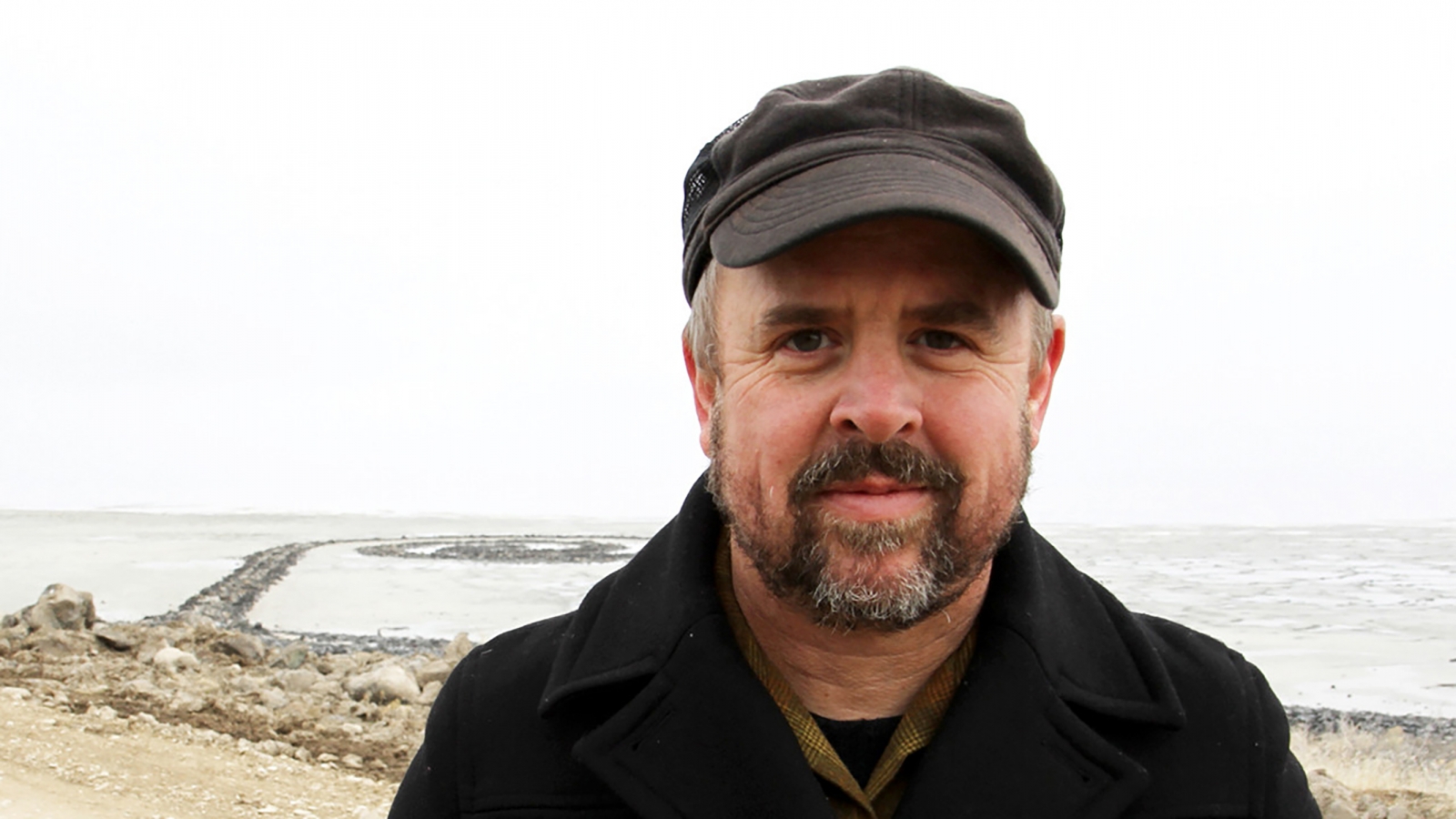 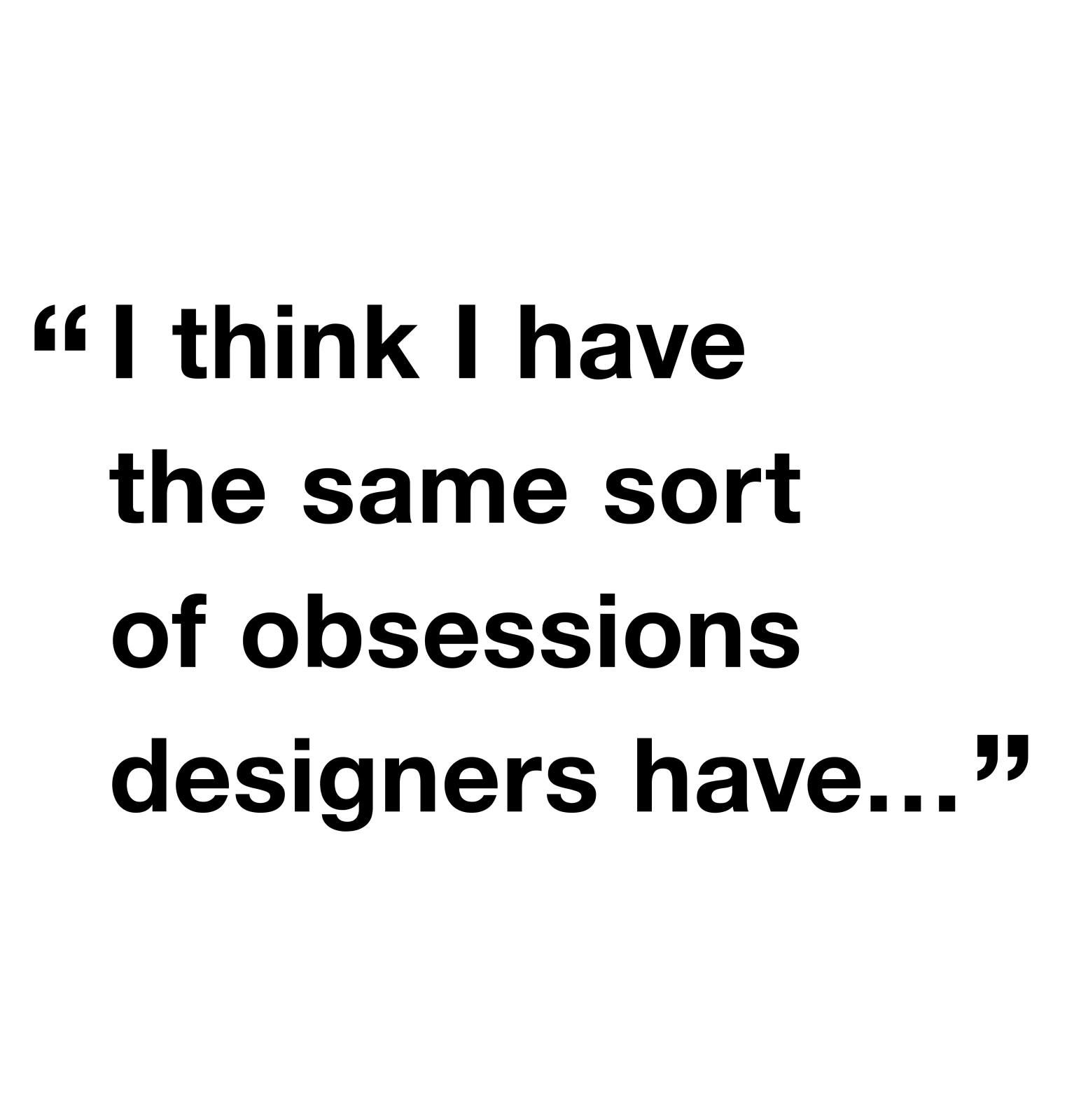 This Friday Primo will be in New York to attend the premiere of a movie in which he appears. It’s Gary Hustwit’s new documentary, Workplace, about the design and construction of the New York ad agency R/GA’s Manhattan headquarters. What Ken Burns is to American history, what Werner Herzog is to head-case loners—Gary Hustwit is to the world of design. His documentary films about the people who create the things we use and the places we inhabit, have raised awareness of design as only film can do.

“That’s one of the things I’ve found that documentary is really good at,” Hustwit says. “Nothing against short web videos, but there are things you can do in a long-form piece in terms of changing the way people think about a subject that you can’t do with short content. You can capture an environment or someone’s creativity so quickly and so elegantly with film—and it takes you an entire book to do the same.”

Last year Gary Hustwit dropped by O+A to shoot footage for the Workplace film, at that time a top-secret project. Though the central focus of the film is how architects at Foster and Partners collaborated with R/GA to produce a new kind of work environment, Hustwit wanted to speak to other pioneers in the field of workplace design, which brought him to O+A. After the shoot, he sat down for an interview about his career as filmmaker and chronicler of the material world. 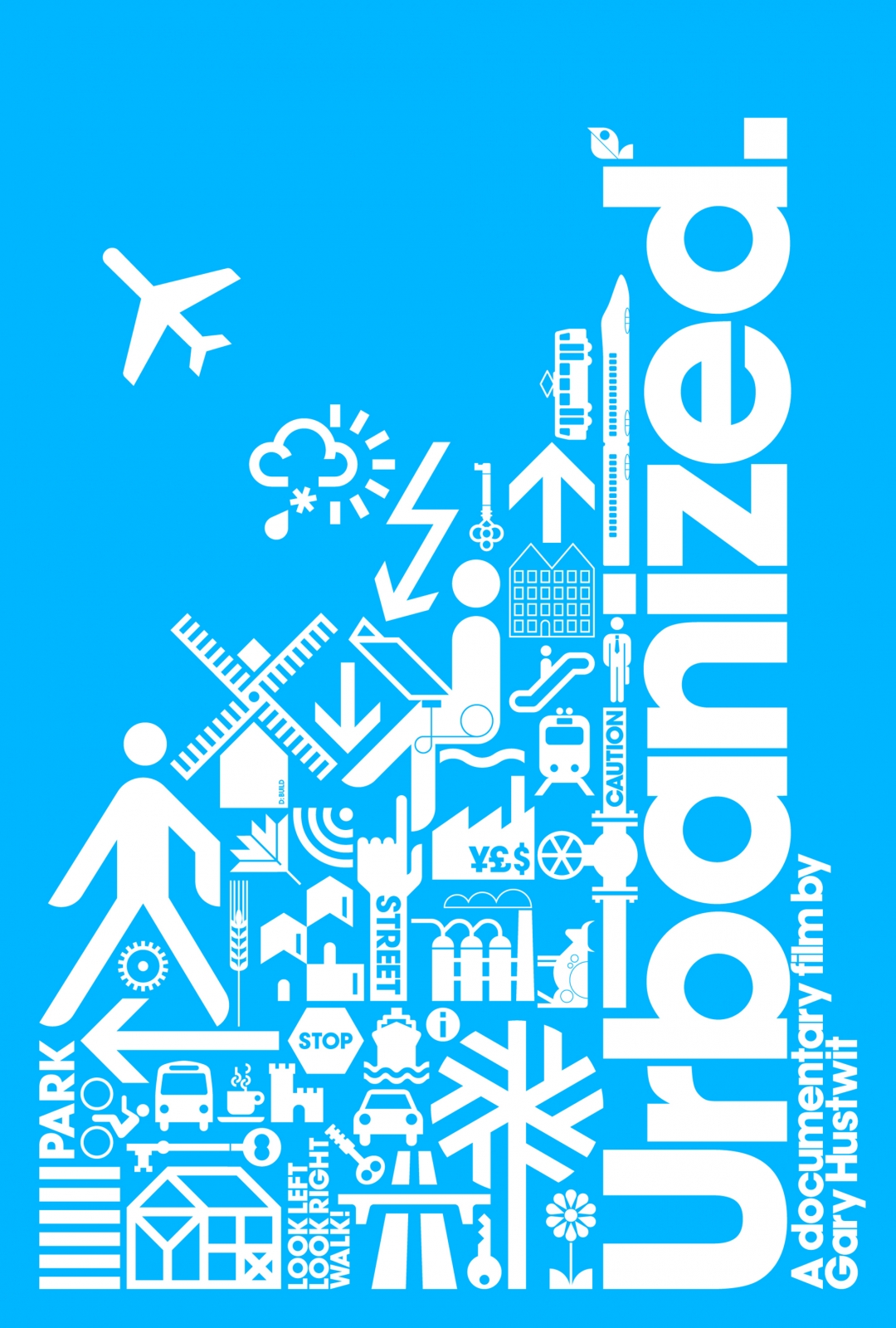 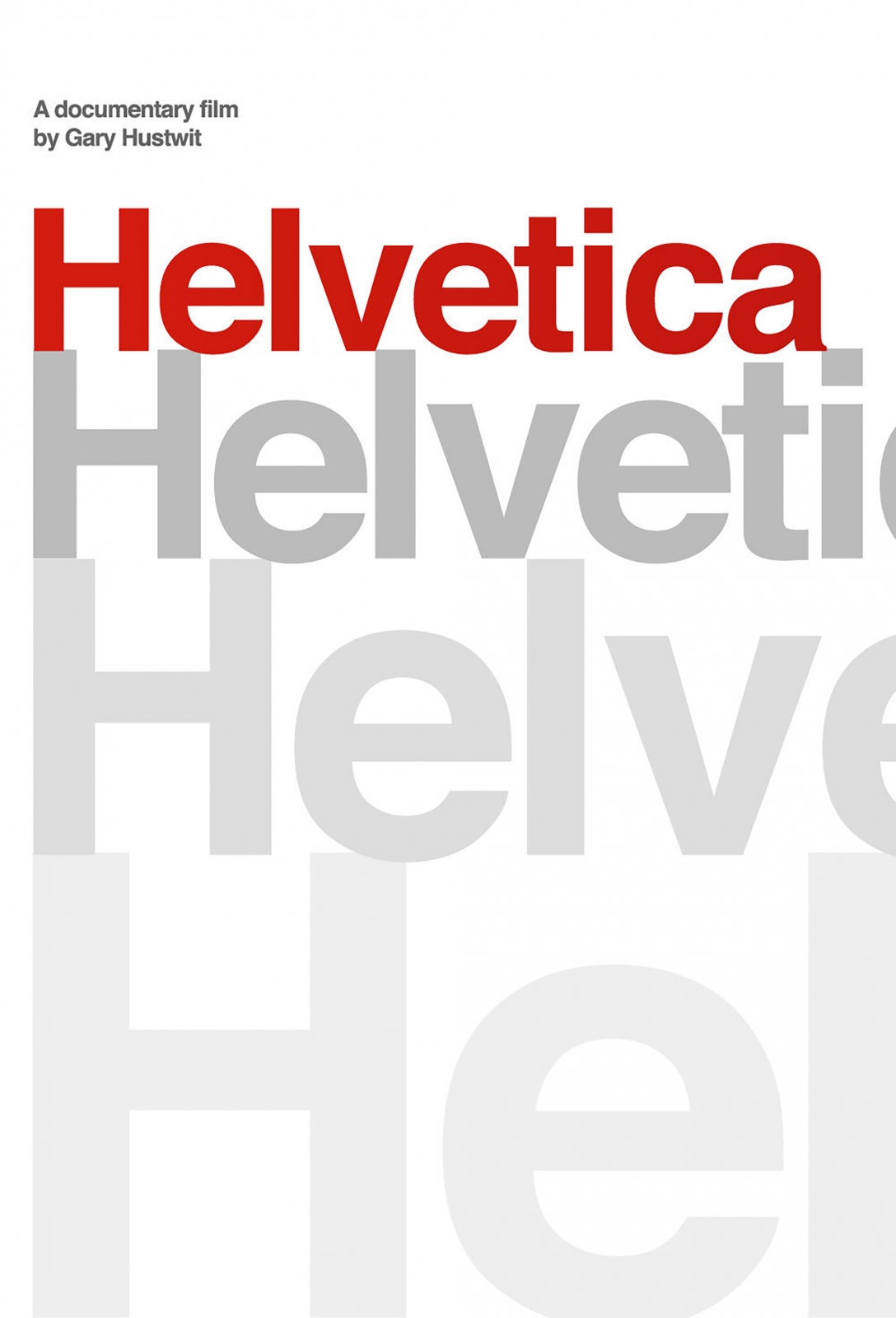 Hustwit’s break-out movie Helvetica (2007) made an instant star of that minimalist font. The sans serif alphabet proved the coolest, most unruffled presence in a movie since Daniel Craig debuted as James Bond the year before. It also made Gary Hustwit a recognized figure in design circles. Now that it exists Helvetica seems like one of those inevitable subjects for a film, the sort of documentary that makes you wonder, “Why didn’t I think of that?” But before it existed it must have been a hard-sell. A movie about a typeface?

“It wasn’t a hard sell, because I was the only person I had to sell. I made Helvetica with credit cards and my own money. So luckily I never had to get into a board room full of investors and pitch them on a font movie. The cool thing about documentaries is that you don’t really have to have all the money at one time. You can find a few thousand dollars, do a couple of interviews, bring the footage home. I always say it was kind of my geeky side project. I wasn’t making it for… anyone really.” He laughs. “Other than me.”

As is often the case with documentary filmmakers Hustwit was motivated to create what he couldn’t find. “It was a film that I wanted to watch and I couldn’t believe it didn’t exist. I couldn’t believe there wasn’t a good documentary—even about graphic design, let alone about typography or fonts. When I first had the idea it was to make a film about that, about typography—I didn’t start out with: ‘Ah! Helvetica!’”

Hustwit wanted to capture the world of type we all live in and introduce some of the people who made that world. Originally he wasn’t planning to zero in on one typeface. “But as I did more research I started liking the idea of having a focal point. One that a lot of people loved for various reasons and that a lot of people hated for various reasons. And that just seemed to me like a great structure to be able to talk to all these designers I admired.”

And they were eager to talk to him. People like Massimo Vignelli, Mathew Carter, Hermann Zapf, Wim Crouwell, Tobias Frere-Jones may have been well-known in the tiny universe of type design, but as masters of an invisible art—invisible because it is everywhere—they had not received a lot of recognition. Many of the designers Hustwit interviewed for Helvetica had never been on camera before. They had whole lifetimes of work to talk about.

That technique of tapping stories from untapped troves served Hustwit well in his next two films—Objectified (2009) about product design and Urbanized (2011) about designing cities. In both cases he remembers attending industry conferences—in San Francisco, in Istanbul— and seeing the people who would be his next subjects. “I saw them get up and do their presentations. They’re so passionate and they’re so funny and they’re great, but their visuals, their Powerpoint keynote things were…” He makes a dismayed face. “I thought, Great I’ve got the raw material right here. I’ve just gotta put it into a cinematic package.”

Hustwit’s skill in creating those packages, the compact elegance of his cinematic technique is not lost on his design-savvy subjects. His ability to animate inanimate objects and lend meaning to arcane subjects mirrors what good designers do with cell phones or chairs. Or intractable urban problems. You wouldn’t think there would be much drama in parking strategies for Bogota or public lighting in Cape Town, but in Urbanized Hustwit turned those topics into essays on hope and ingenuity. New York Times film critic A.O. Scott noted the extraordinary economy of the film, “which could easily have sprawled to 15 hours on Public Television.” Did Hustwit ever consider pitching it to PBS?

“We totally did. When we started Urbanized we thought there was too much to talk about. We thought we should break it up, do an hour on each city, do a certain number of cities and look at them for different issues. But I’m not the BBC. I just don’t have the budget to be able to do that. And in some strange sense I’m glad that I don’t. I think the films would be very different if I had an unlimited budget and could go out and just shoot week after week after week… I need that time to really think about each interview and kind of let the film grow on its own. It’s impossible to do it in one quick burst.”

And so Gary Hustwit continues to work small. He showed up at the offices of O+A last year with one cameraman—scouted the locations himself, interviewed Primo himself, shot B-roll around the office himself. At the time we didn’t know what the subject of the film would be, but two things were certain— we knew it would shed light where light up to now has been scant. And we knew it would be beautifully designed. 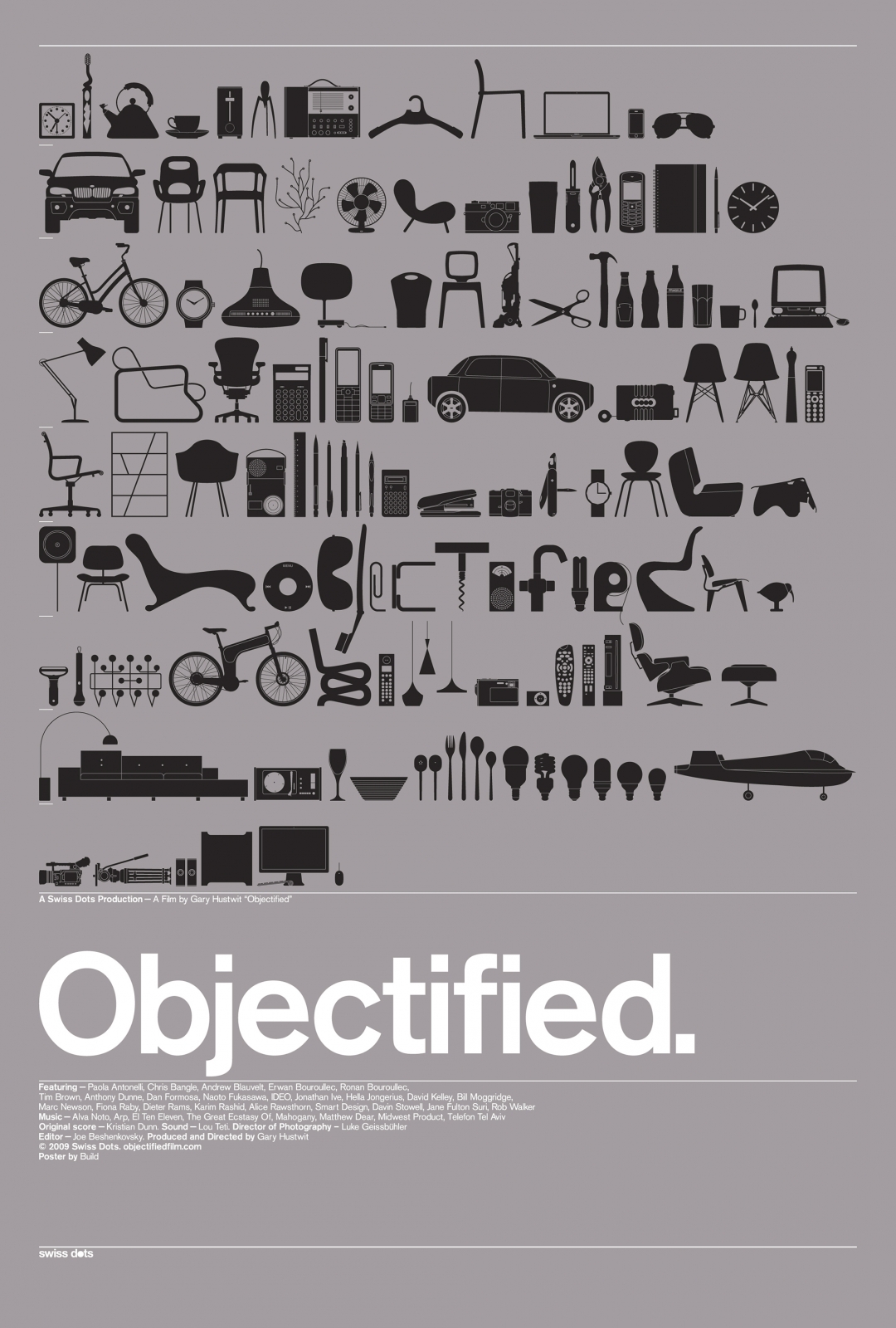