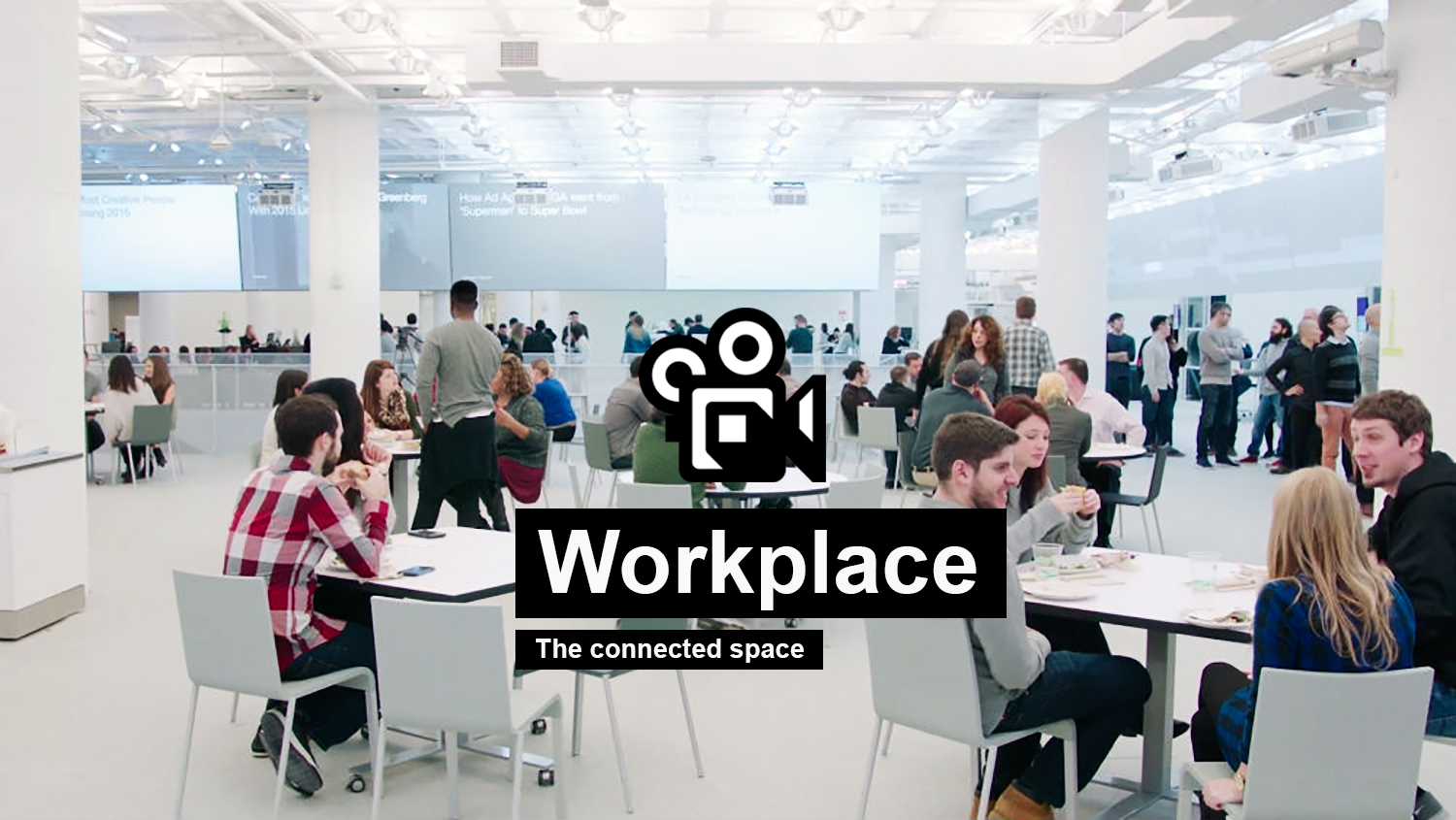 The Space Above a Door

It’s been two years since Gary Hustwit dropped by O+A to interview Primo for his film “Workplace”, an incisive documentary about how design transforms work and what an office contributes to the well-being of its users. “Workplace” debuted at the 2016 Architecture Biennale in Venice and is still making the rounds of film festivals and architectural forums. It will be a featured attraction again at the Architecture and Design Film Festival in LA, Athens and New Orleans.

Exploring the give-and-take of creating new space, “Workplace” offers fascinating glimpses of the reality of design. Sir Norman Foster lifts his hands above his head and explains to the client Bob Greenberg his concept of video screens floating in the air. Sir Norman is pitching an idea for the New York office of Greenberg’s ad agency R/GA, the project at the center of Hustwit’s film, “I got carried away with the idea of a space above a door,” he says. His thought is that floating screens will offer a continuously shifting feed of digitized information, light and graphics that captures the many facets of R/GA’s work.

Hustwit’s scene catches that hold-your-breath moment when an architect unveils a concept for a client. Perhaps an architect as prestigious as Norman Foster no longer holds his breath at such moments, but Greenberg’s response is a classic of client ambiguity:“I certainly wouldn’t have thought of that.”

Like all of Gary Hustwit’s movies, “Workplace” is a clear, concise delineation of process. Interweaving commentary on the history of workplace design with the example of this singular project, Hustwit shows how minds change spaces and spaces change minds. Bob Greenberg starts by observing that in terms of interior space he “doesn’t see any difference between an architect’s firm and a law firm”—and that troubles him. He wants R/GA to be something new. We see him sitting Sphinx-like through presentation meetings and grappling for his bearings with a big Oculus VR hood on his head—(“Do you want to sit down, Bob?” an aide asks. “No!” he barks.)—but like others on his team, he appears to be surprised by the finished office, surprised by how thoroughly and creatively his people put it to use, surprised perhaps by his own enthusiasm for it. “Making simplicity happen is always a big deal,” he says.

Gary Hustwit has built a career on the fascination we all feel for how things get made. For a designer at O+A, one of the most enthralling aspects of “Workplace” is seeing how closely the programming process at Foster and Partners tracks with the process at O+A. We are all in the business of making the workplace better. Not surprising that the paths we take to get there are similar. Among an array of experts to weigh in it is Primo who sums up how an open, multi-spaced, seductive work environment appeals to its users: “They may have a smaller work area,” he says, “but they have a lot more places to go.” 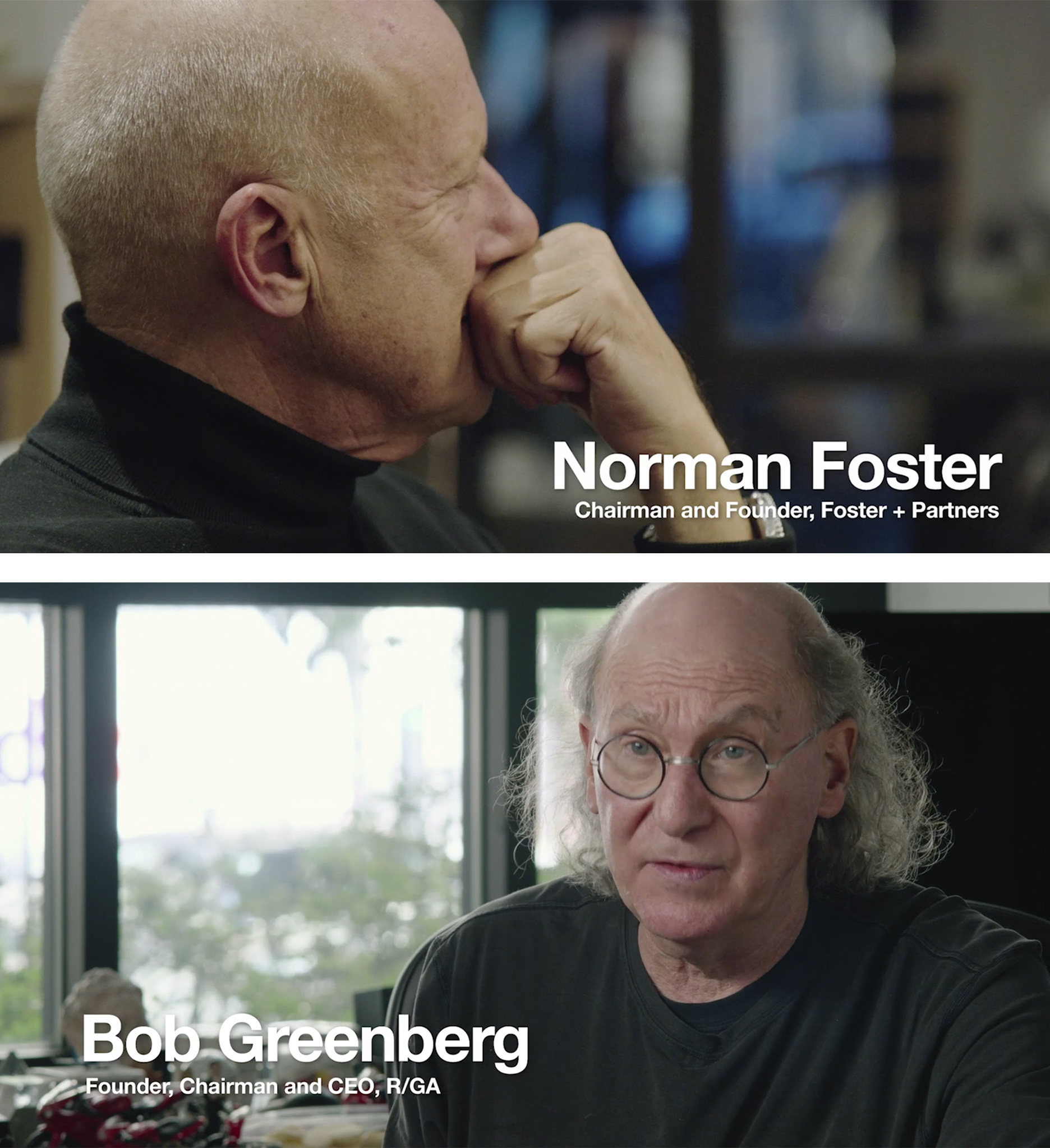 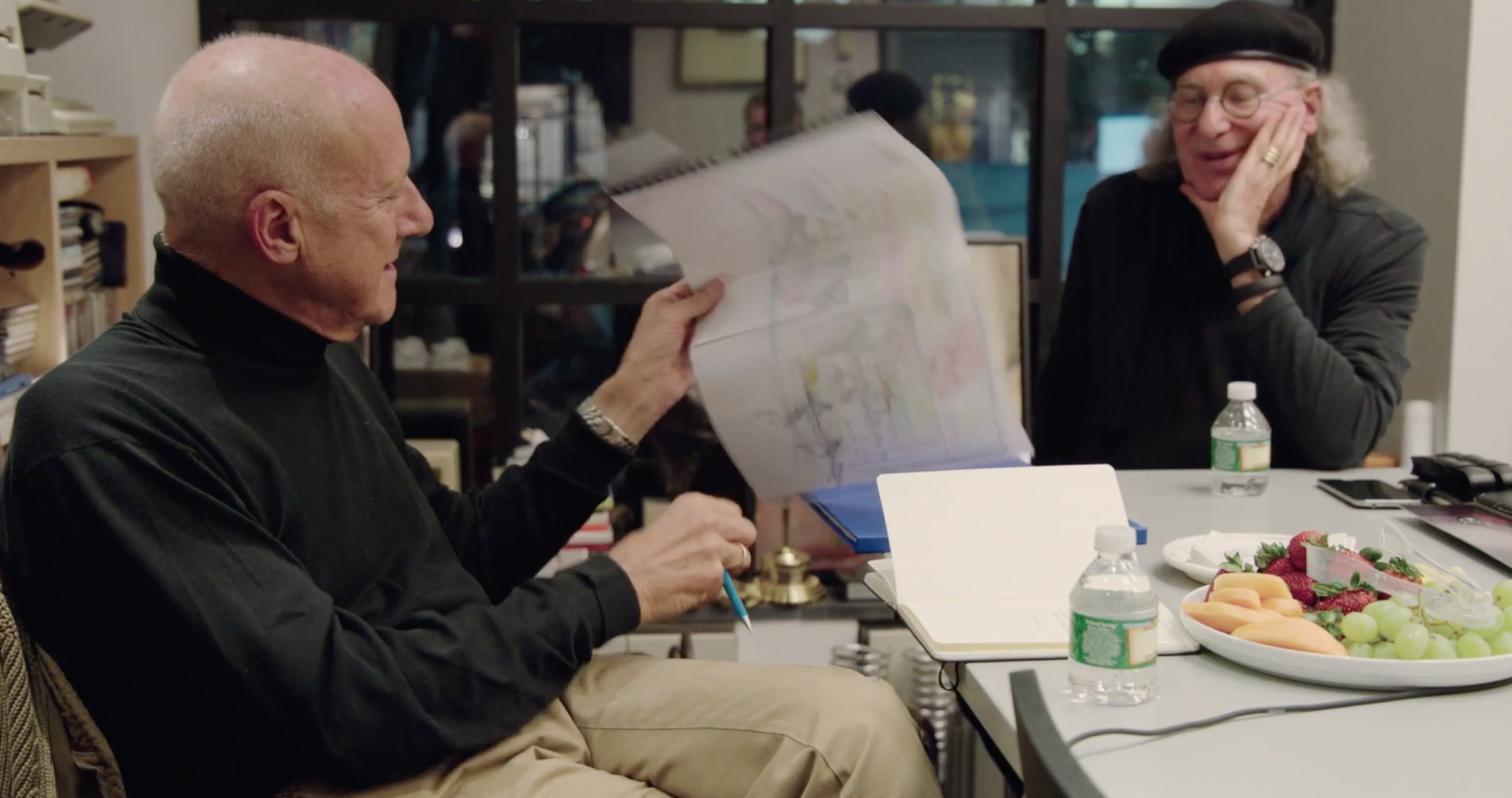 “I got carried away

with the idea of

a space above a door,” 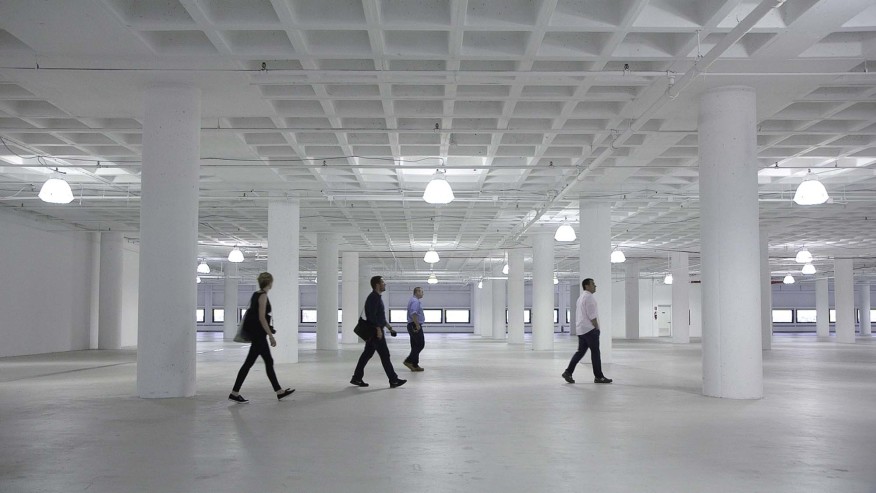 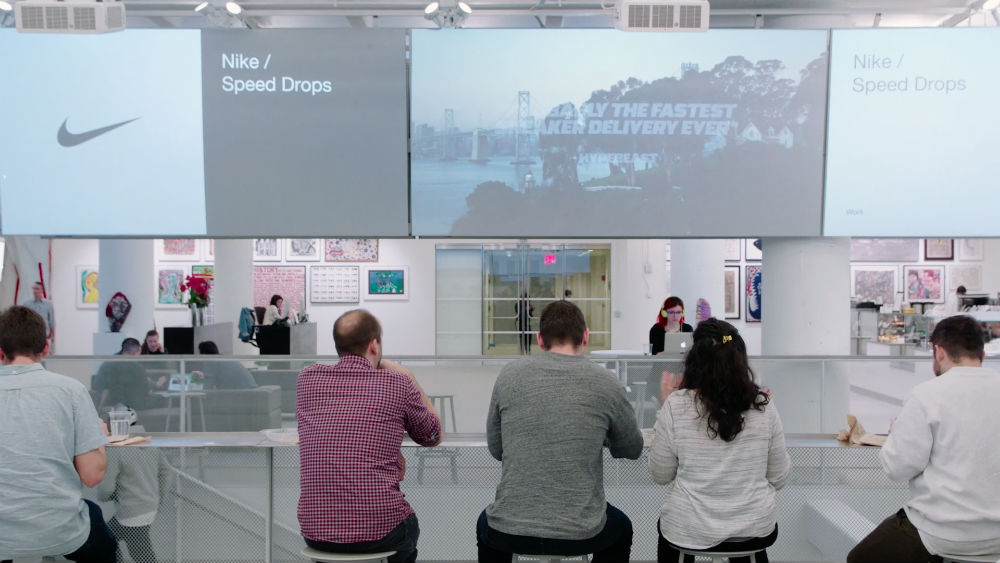