Nikki Hall discovered Japan over someone’s shoulder: “Honestly, my boyfriend was studying [Japanese] and I was kind of looking over his shoulder. And it was sort of, wow, that looks like…” She pauses to consider the word she wants to use. “A puzzle? It looked really interesting, it sounded really interesting. So I signed up for classes on my own and pretty much immediately fell in love with the language. It worked a totally different side of my brain than architecture school did.”

And it was definitely a puzzle.

“There are three different scripts in Japanese,” Nikki explains, “two of which are read phonetically—each character has a sound. The third script consists of Chinese characters where a character represents a meaning and not a sound. One character may have several different readings and when you put it with another character it has even more. There are about 2,000 commonly used Chinese characters.”

That complexity—and the contrasting simplicity of Japanese architecture— combined in Nikki’s mind to ignite a passion that has shaped much of her life in recent years. Nikki just returned from her third trip to the country and has become the go-to person at O+A for all things Japanese. When a Tokyo-based magazine or design blog comes into the office, the first reaction is always, “Ask Nikki what it says.” When O+A parodied a Godzilla movie to promote Primo’s appearance at Worktech 18 in Tokyo, Nikki provided the Japanese sign-off (and a very convincing scream).

Paul Gauguin in Tahiti, Karen Blixen in Africa, David Hockney in LA— the lure of another culture can be the spark that sets a creative temperament ablaze. As an O+A designer who has lived in places as different as England and Alabama, Nikki’s susceptibility to this kind of inspiration was, perhaps, already acute. After taking Japanese classes in college, Nikki and her boyfriend studied for eight weeks in Tokyo in 2014. She went back for another eight weeks as a Teaching Assistant on an architecture class tour in 2016.

“It really wasn’t until I was on that second trip that my Japanese was able to improve,” she says, “because it was no longer about grammar and memorizing words. It was about—how do I communicate with this station attendant that I have 27 Americans that I need to get onto the train?”

Nikki’s third trip, only recently completed and pictured here, continued the maturing of her Japanese and of her passion for Japan. Starting in Fukuoka in the far south of the island, Nikki and her boyfriend (“Same boyfriend,” she says), took the bullet train to Osaka and ended on their old home turf in Tokyo. As the photos reveal, it was a blur of shopping, neon-lit cityscapes, pancakes sweet and savory and memorably futuristic architecture.

Perhaps the most meaningful experience of the trip was her long talk with nail artist Moegi Matsumoto at Function Nail Salon in the Harajuku District. “I feel like it was the longest one-on-one Japanese conversation I’ve ever had,” Nikki says. “It was surprisingly easy. We talked about where she lived in Tokyo and me coming from San Francisco, what I did, that I was an interior designer. I told her about our journey from Fukuoka to Osaka to Tokyo and what we did and saw along the way. It was just a normal conversation—all in Japanese. By the end of it I was pretty tired. My mind was tired, but my nails looked really good.”

This is the evolution of mastering a language. Curiosity leading to study leading to a first visit, then a second visit where you must communicate, then a breakthrough conversation that lifts your proficiency to another level (even as it beautifies your nails). Nikki knows she has a lot more to learn about Japan, but her affinity for the culture and the language has put her on a bullet train to deeper knowledge. Can she imagine living there?

“Yeah. Absolutely. That’s my goal. I want to finish my architecture exams, and then I would love to move there as an American architect contributing to some cool Japanese firm. I would love to roll out of bed in my small Tokyo apartment and get on the packed train and go do exactly what I do here. That’s my dream.”

Read more about Japan: Asia Gets Us and Primo Orpilla’s talk at Worktech18 Tokyo 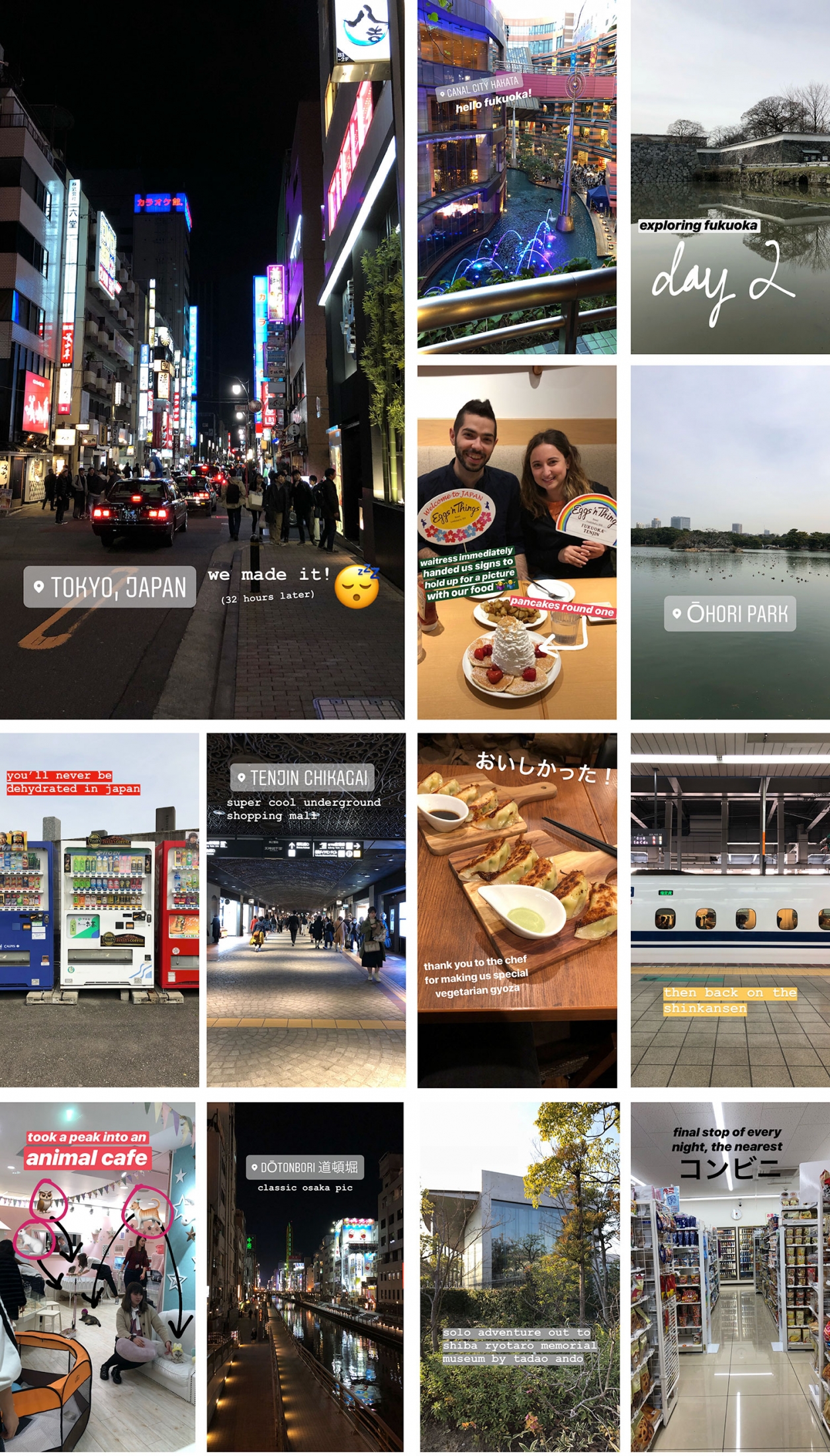