It was night when Primo arrived in Dubai. The cab ride was dark and he didn’t see much coming in from the airport—no desert, no mosques, nothing to tell him he was in the Middle East. The city was an illuminated crush of high-rises and luxury stores. “It has a very Vegas feel to it,” Primo says—and then immediately reconsiders. Unlike Vegas, Dubai is governed by strict social norms. 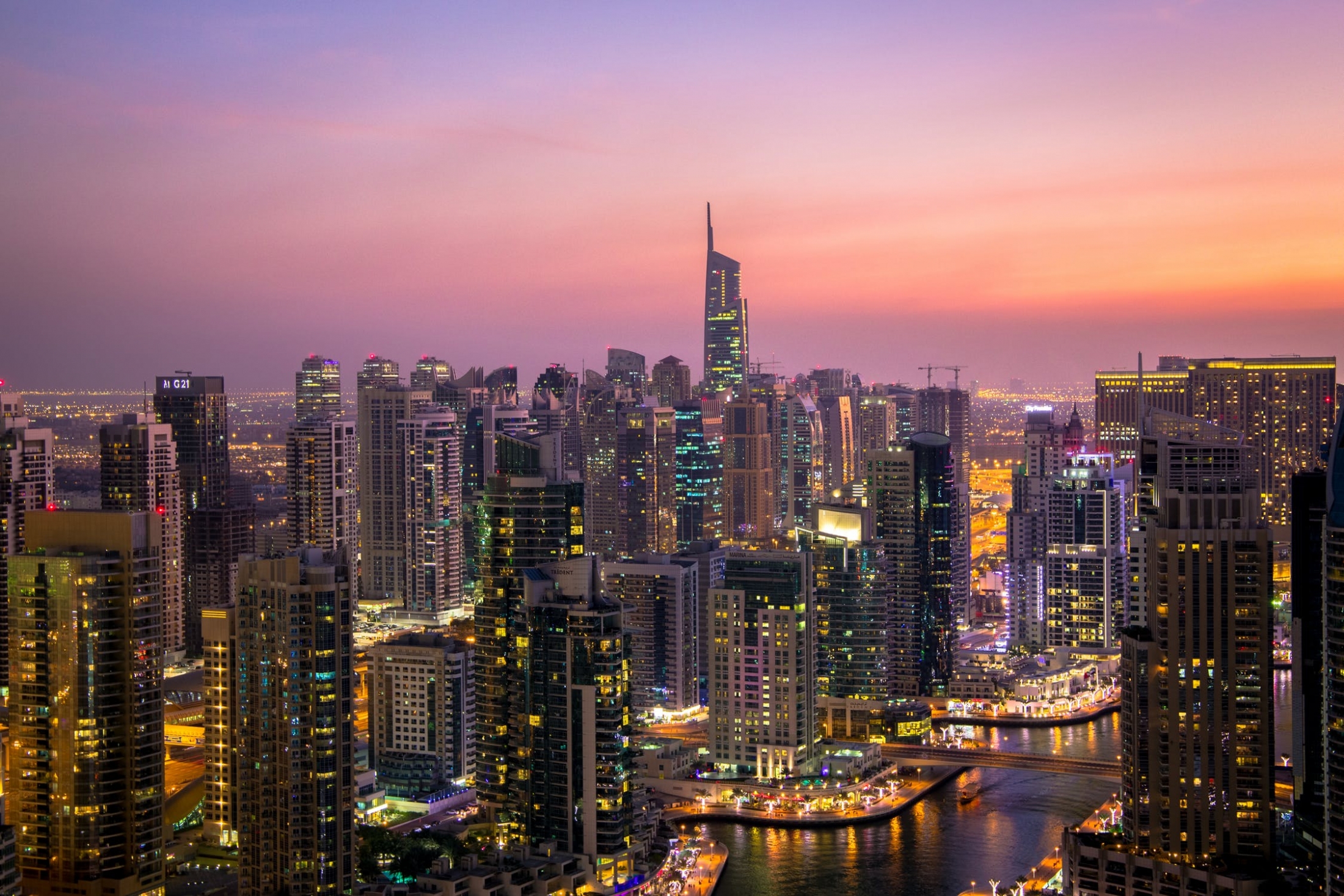 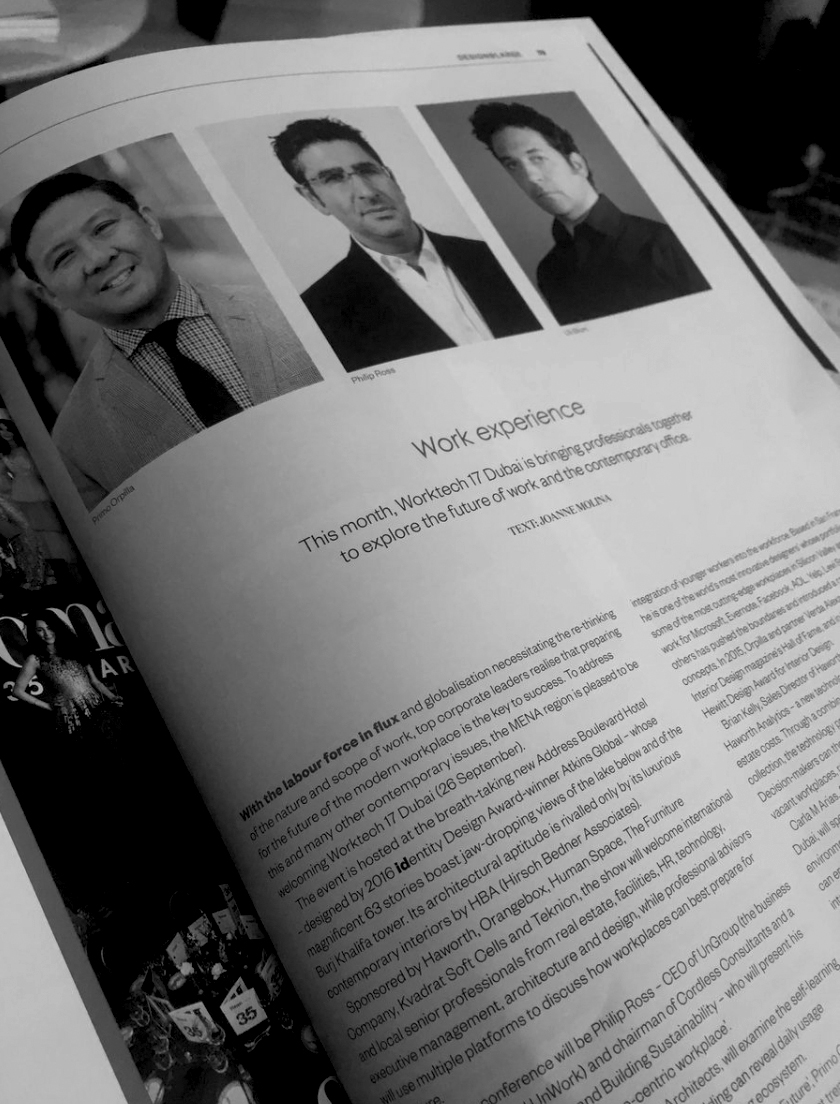 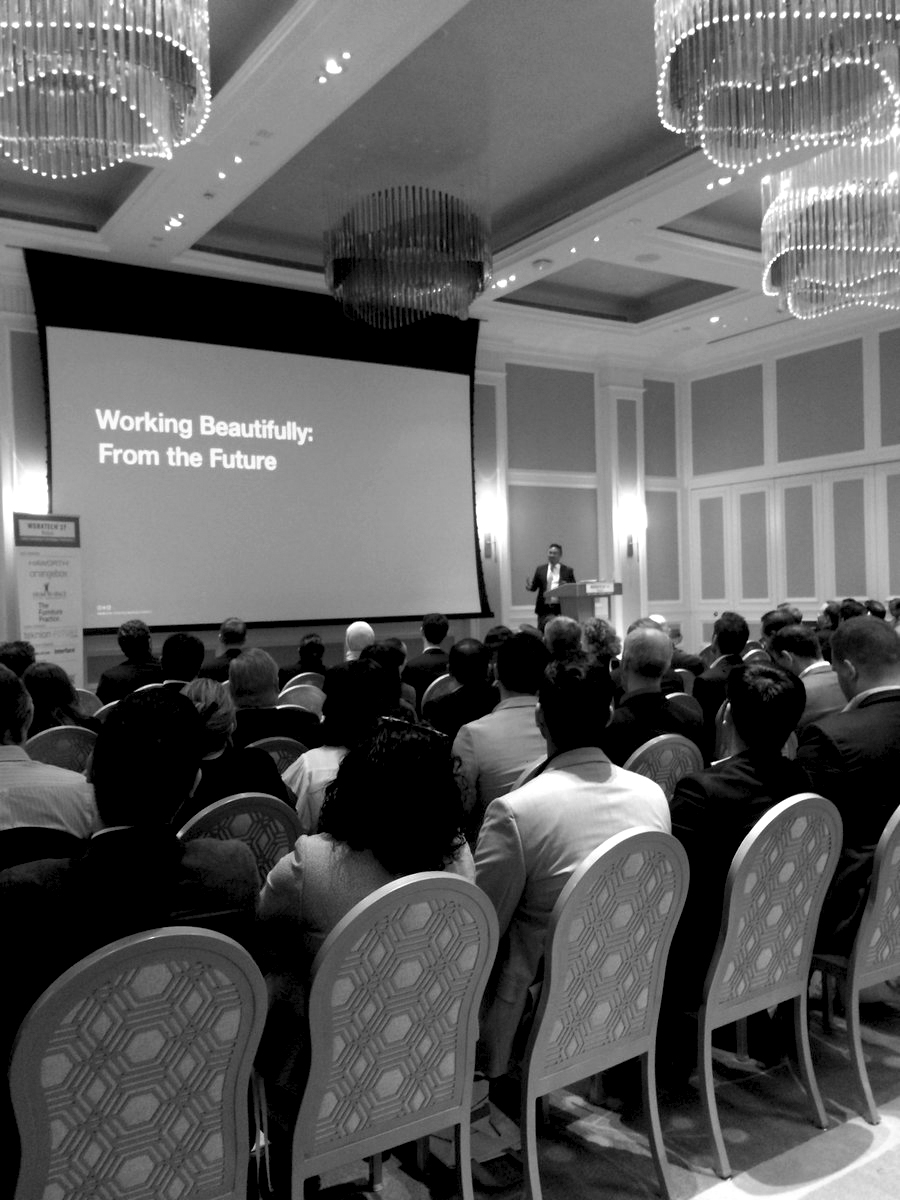 Primo’s appearance at Worktech Dubai to talk about the future of workplace was his first visit to this part of the world and in some ways this part of the world’s first encounter with the ideas O+A espouses. Can work environments based on flat management hierarchies, open plan and unfettered creativity take root in a country still firmly in the grip of patriarchal traditions? Primo found his audience disarmingly receptive.

Here is below a sampling of his Dubai observations.

“I’m coming to Dubai from San Francisco, my sponsorship company is from Canada and I’m met by a Frenchman and a Malay with Filipino coworkers. That’s Dubai in a nutshell. This city has invited the whole world in. They are all about getting what’s next and making sure they are on the leading edge. So they’re very interested in what we’re talking about—new ways of working, adventurous design.“ 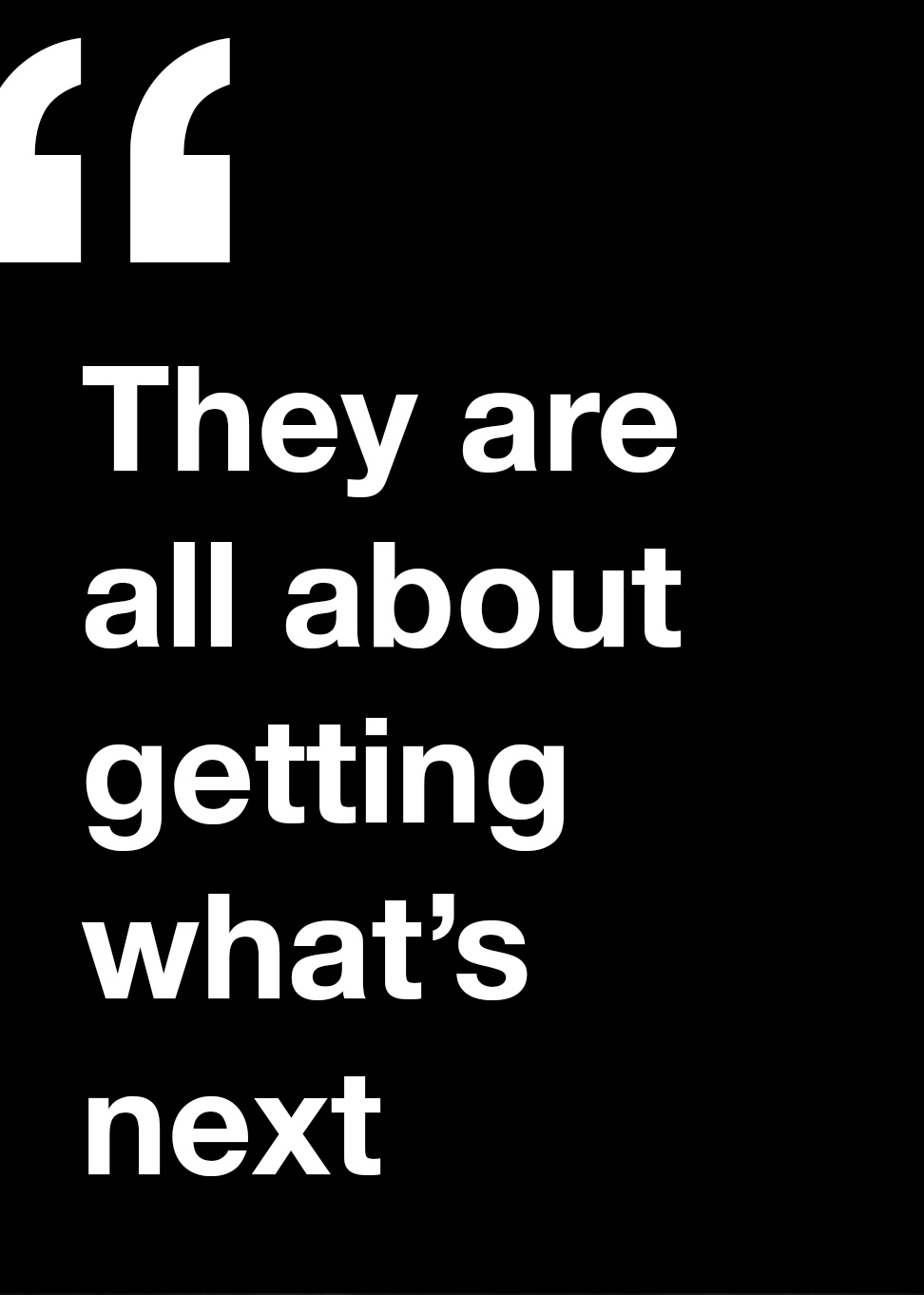 “In the city you have no sense of being in a desert—until you do. In the morning I thought it was fog—and it was a sandstorm! The air was filled with sand. The wind whips up and it kind of collects and comes into the city. My room was on the 26th floor, but my windows were coated because the air conditioners cool the building and it condenses and sand sticks to the building. You get these environments that are very controlled, very curated in terms of look and feel—but you can’t curate a sandstorm.” 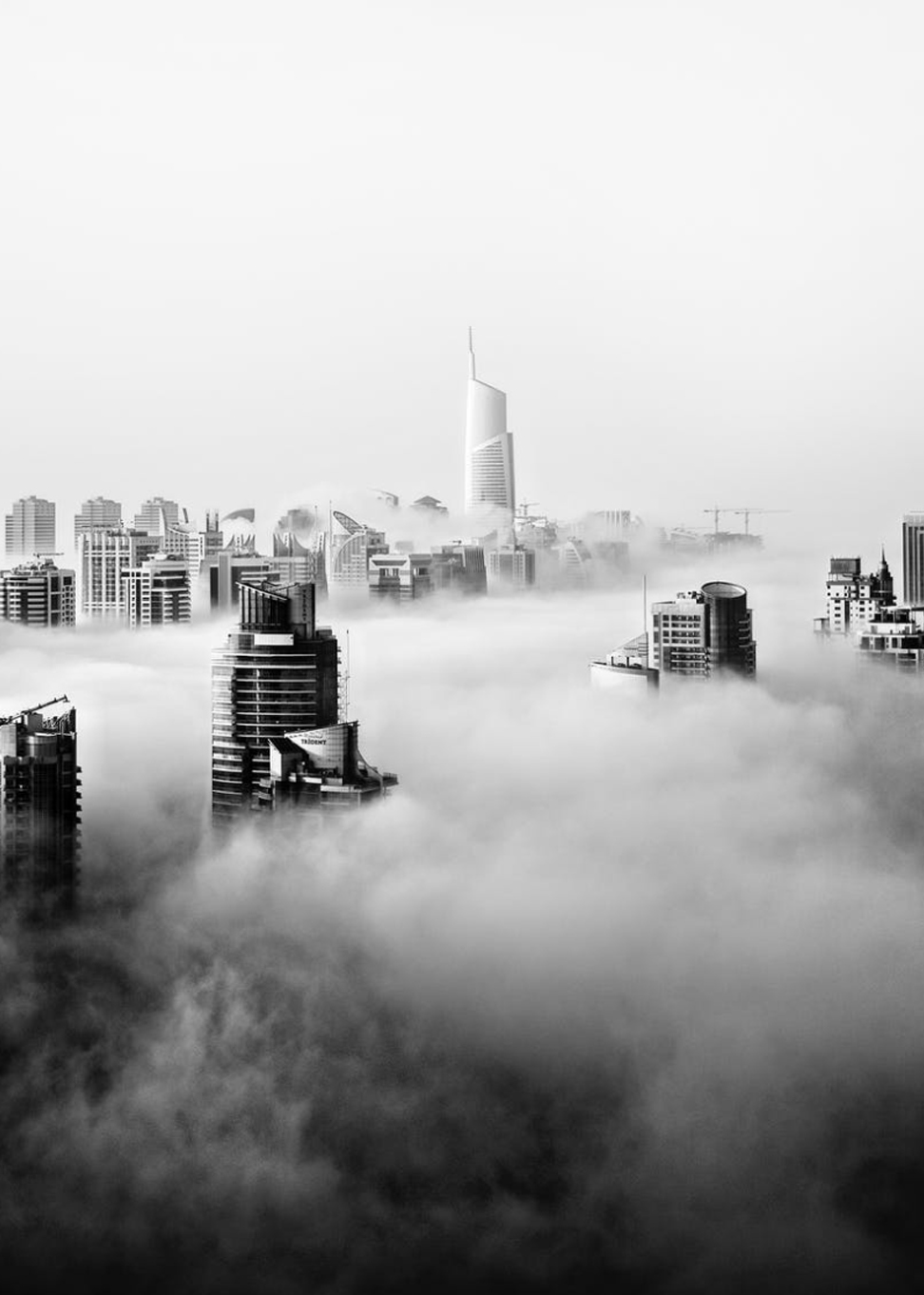 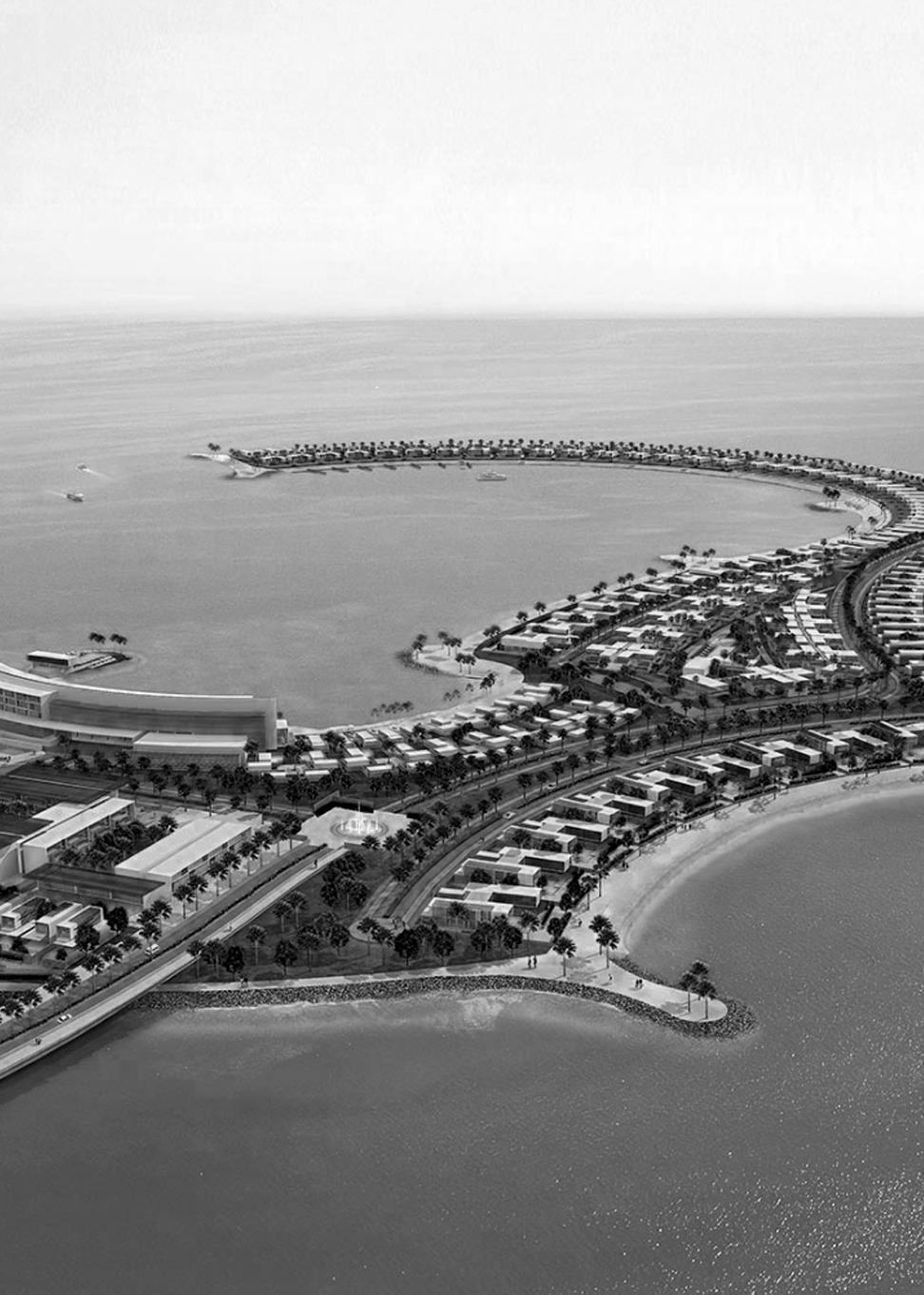 “Will Dubai become a business center? Will it be a place of commerce? It really has just decided that that’s what it’s going to be. And because they have so much money to create this oasis… well, they build islands. They built this island shaped like a seahorse designed by Antonio Citterio and Bulgari. It’s like a resort hotel and 72 homes all custom curated and they sell them like luxury objects. That’s the mindset—you buy a beach house like you’re buying a nice wallet.” 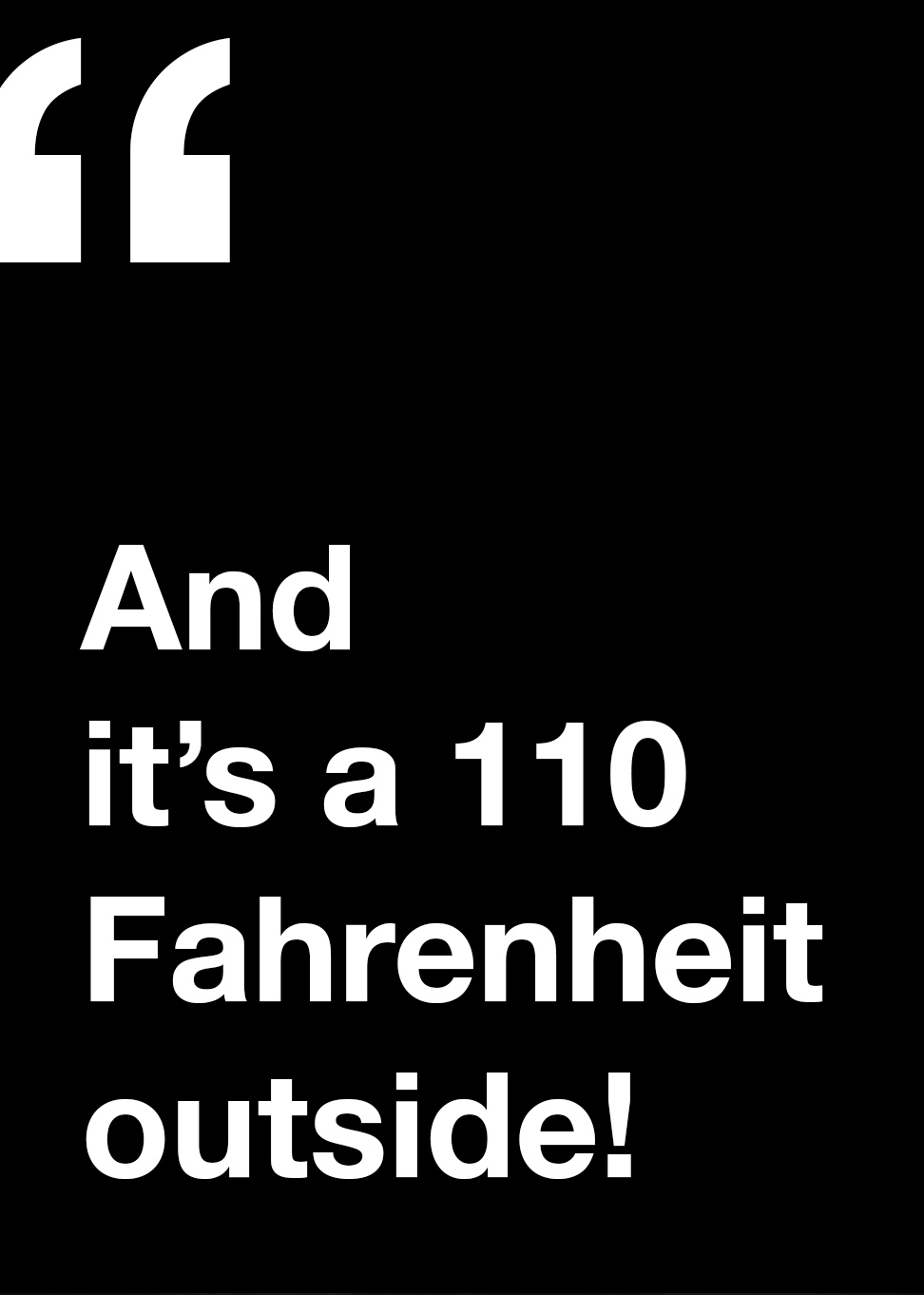 “You drive among these high-rises and you’ll see a worker sitting out under a shaded area who’s probably been laboring in one of the buildings, catching a break. And it’s a 110 outside! I’m riding in my air-conditioned Lyft or Uber and this guy is outside eating because he came from Bangladesh and he can handle the heat and this is his moment of leisure. That’s the paradox here—the definitions of leisure are all over the map!”

“I met a woman who was working on some Saudi governmental projects. She wore the hijab, but you could tell she had studied in the US and she knew who O+A was. It’s like we were teachers of this new way of thinking. I see Dubai adopting a modern workplace if it meant some faster way to market, some revolutionary effect to be better at business. You could tell that they want to be the first and the most modern city. They want autonomous cars. They want all this new age, Western, high tech stuff. And if they have to relax the laws to get it—well, I think as most countries and most societies and most parts of the US are learning, we’re not going to stop this generation from having what it wants.” 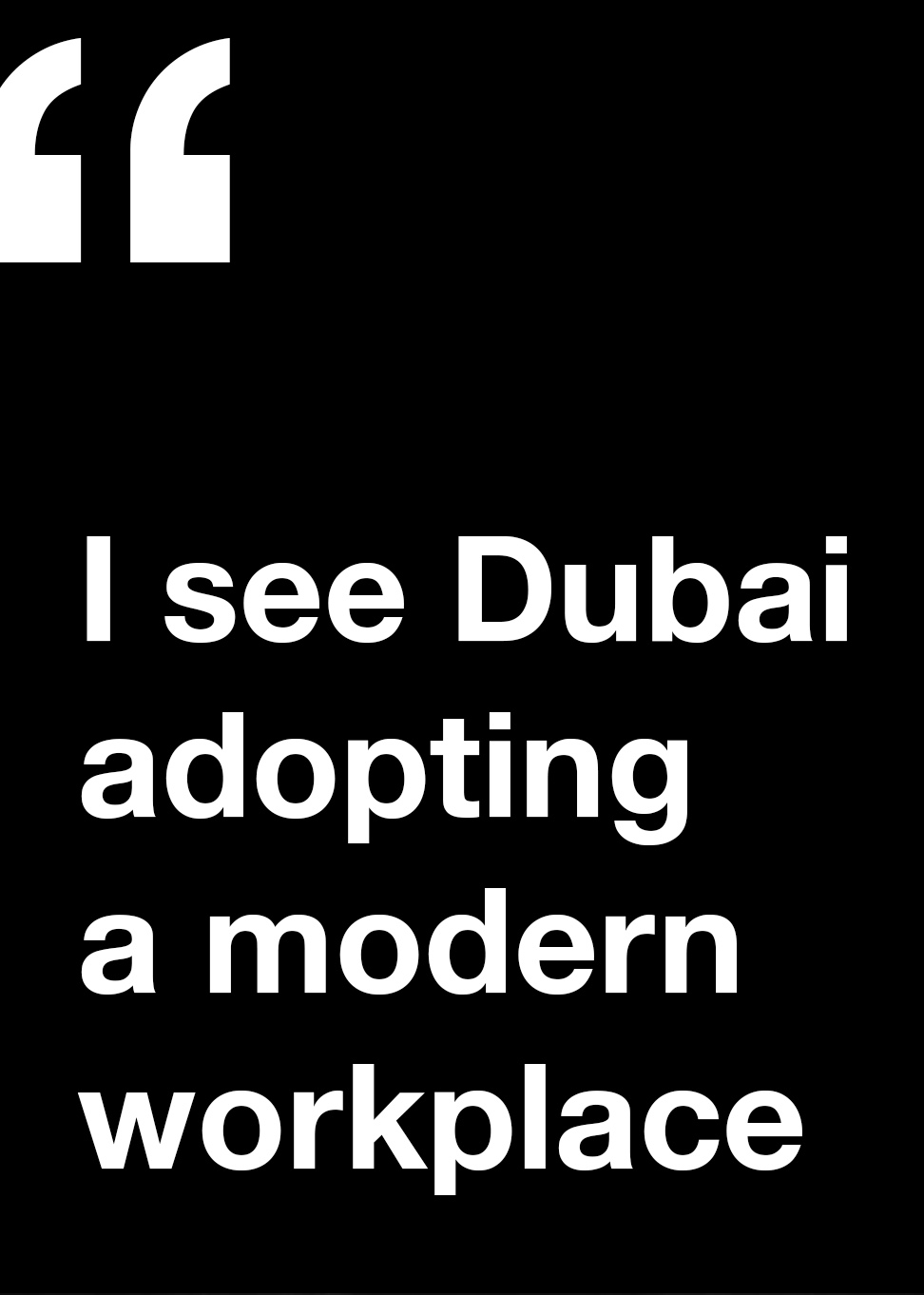 “Some of the old neighborhoods are starting to be preserved. They haven’t been promoted yet as places to move and start your business, but there’s a growing appreciation for the Dubai that existed before the 1970s. The luxury Dubai, the fantasy Dubai has been built in the last 40 years. A seahorse island is one thing, but eventually you want to go out into the neighborhoods and see who the real people are.” 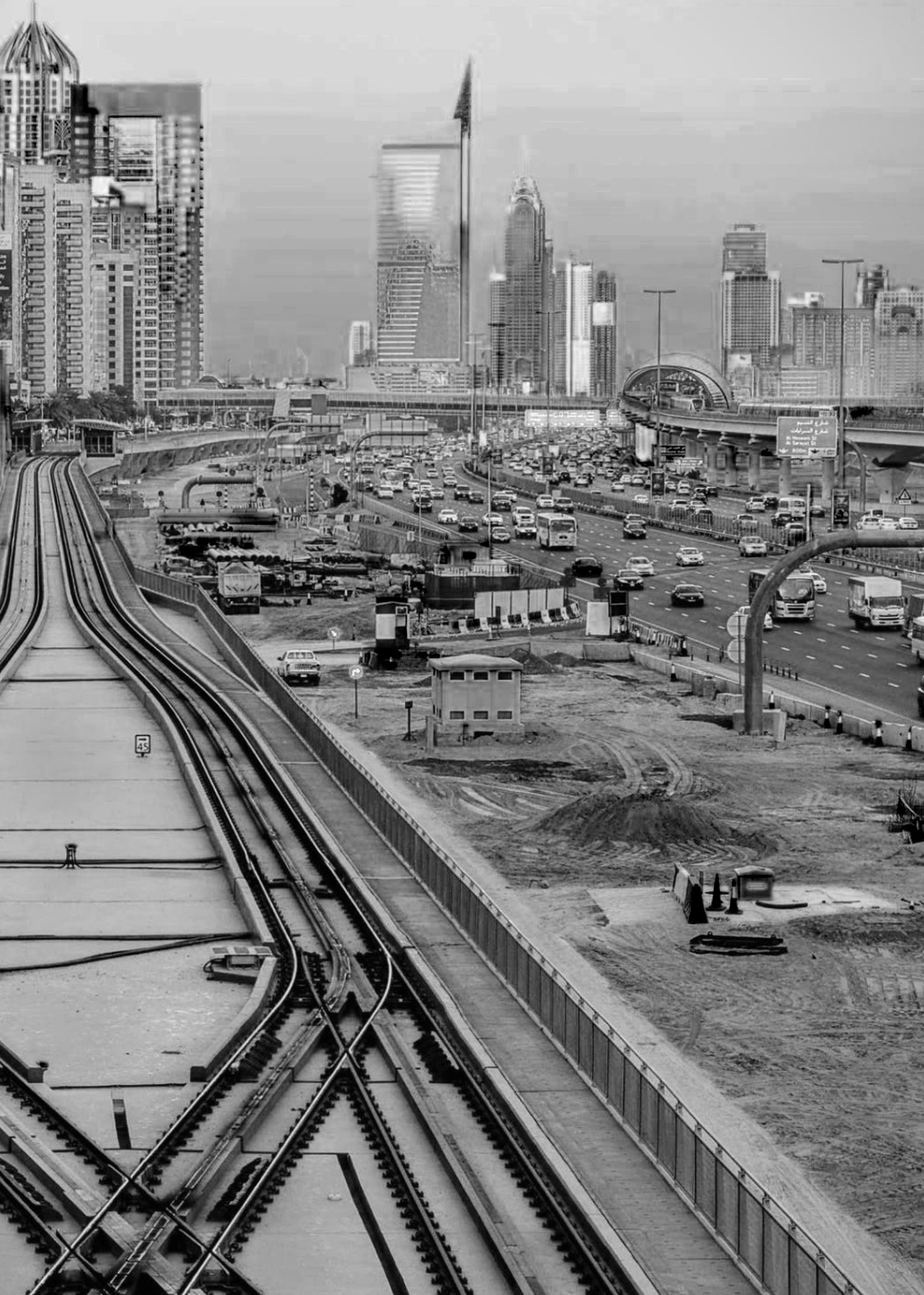 Take a look at the highlights video filmed at this year’s Worktech Dubai event hosted on 26 September 2017.