It is 50 years from now. Studio O+A is pitching a project to a new client in the way we do today. The result: avatars, yes, but also indoor fishing, energy-collecting floors and staircases, whale communication lessons and a meditation garden with real, not virtual, butterflies. 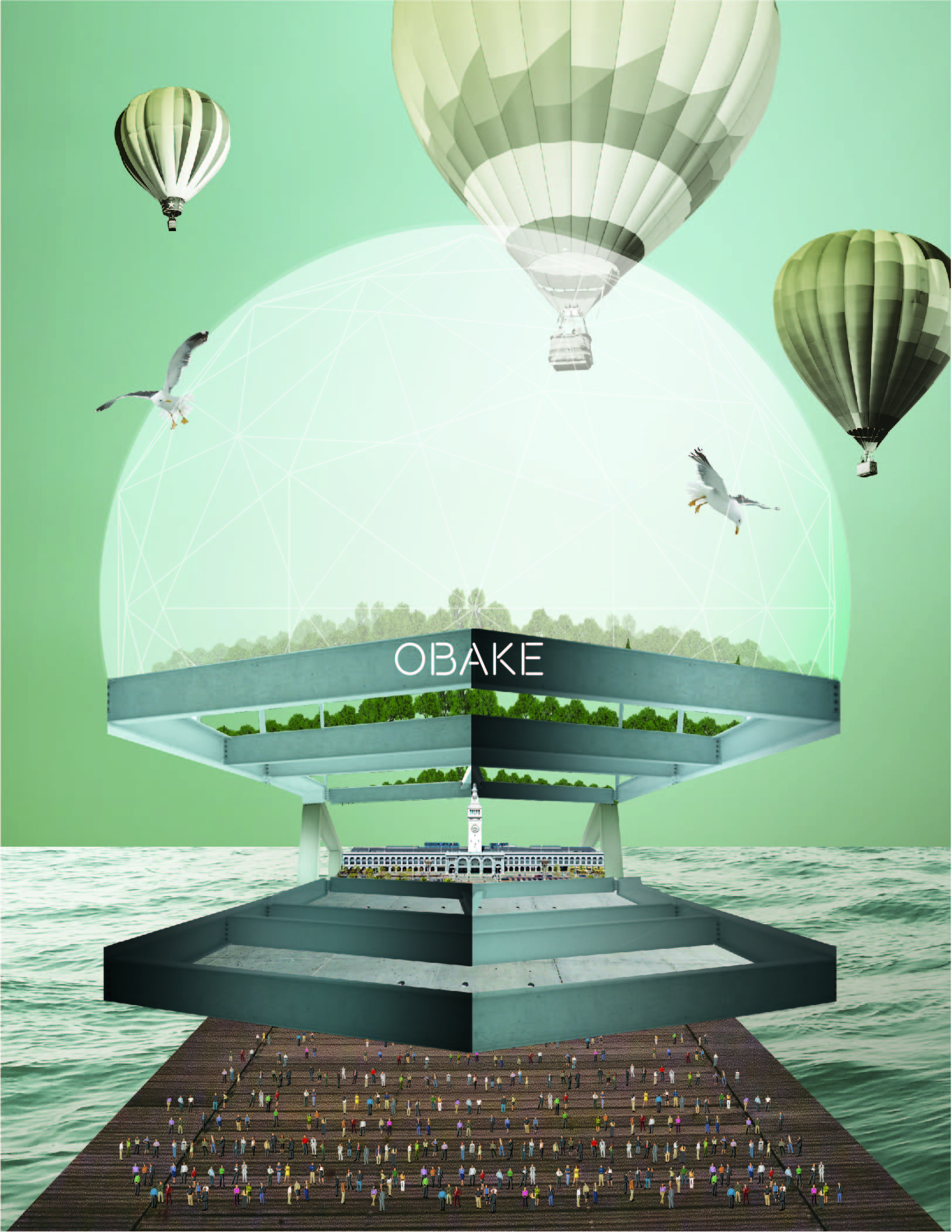 Here was the idea. It is 50 years from now. O+A is pitching a project to a new client in the way we do today—a presentation deck with themes and graphics that visualize the concept. What will a modern office be in 2068? Who will our clients be? What will the world look like? Given how radically technology has changed workplace in the last 20 years, the next 50 are sure to have an even greater impact.

To get a handle on this big picture Verda invited the whole office to participate in a series of brainstorming sessions. A large team of self-appointed futurists participated in these early charrettes, including some who did not have time to take part in the actual production of the issue: Sean Houghton, Dan Kretchmer, Liliana Lewicka, Mike Griffin, Kristina Cho all contributed significantly to the project.

As might be expected, everyone’s first instinct was to leap ahead to sci-fi extremes—will A.I. have taken our jobs by 2068? Will people even work anymore or will we live in government-subsidized leisure (world government subsidized, that is). If we do continue to work, will we send avatars to the office to fill in for our physical selves? Will these avatars actually look like us or will they be abstract, glowing orbs? The British television series “Black Mirror” became a frequent point of reference in these discussions, as did, inevitably, both “Blade Runner” movies. It quickly became apparent we were eager to burden this future that wouldn’t be ours with all sorts of dystopian maladies.

To keep the hell-scape from getting out of hand Verda came in one day with some ground rule assumptions for the article. O+A’s featured project will be a remodel of San Francisco’s Ferry Building, turning that landmark into a virtual host facility for major corporations. 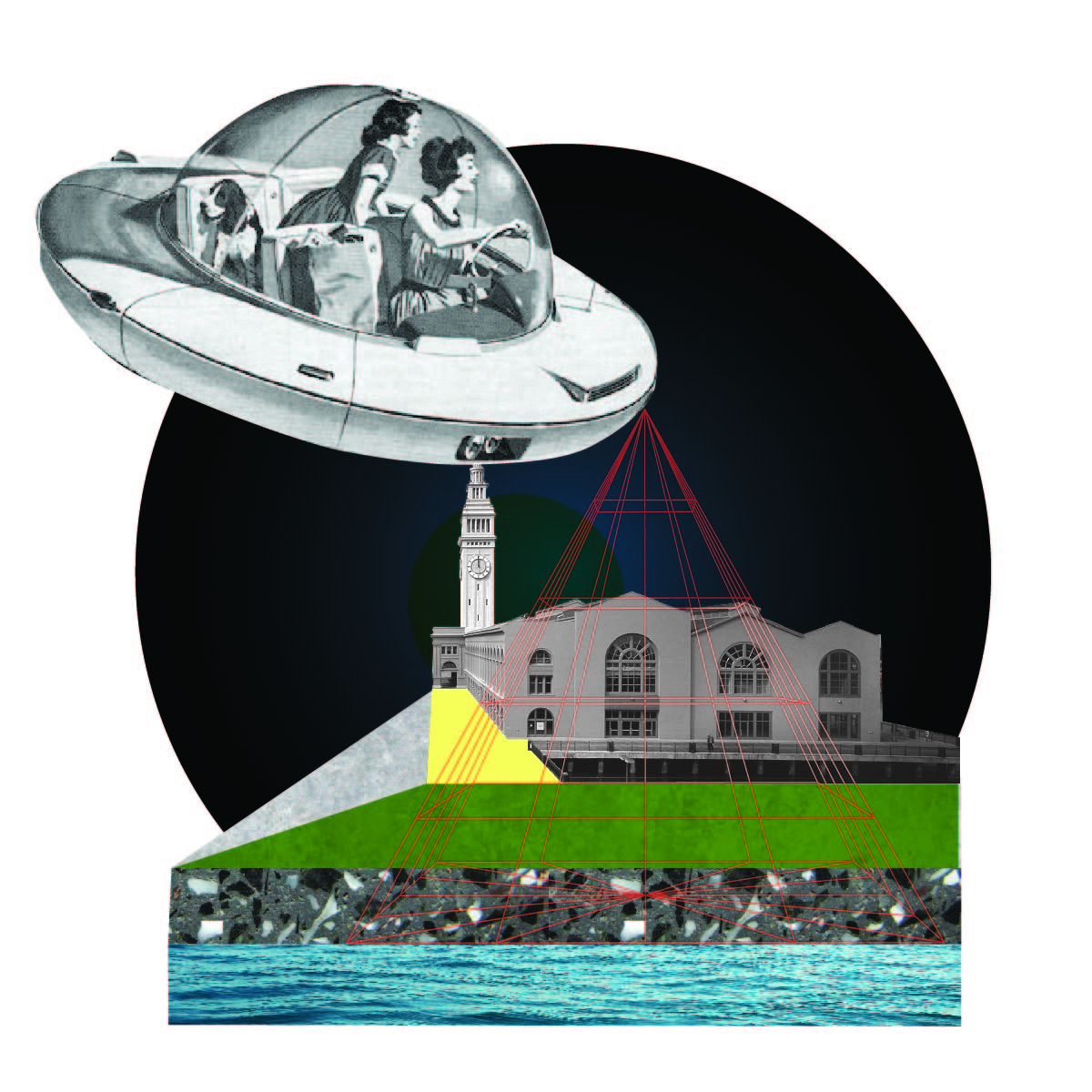 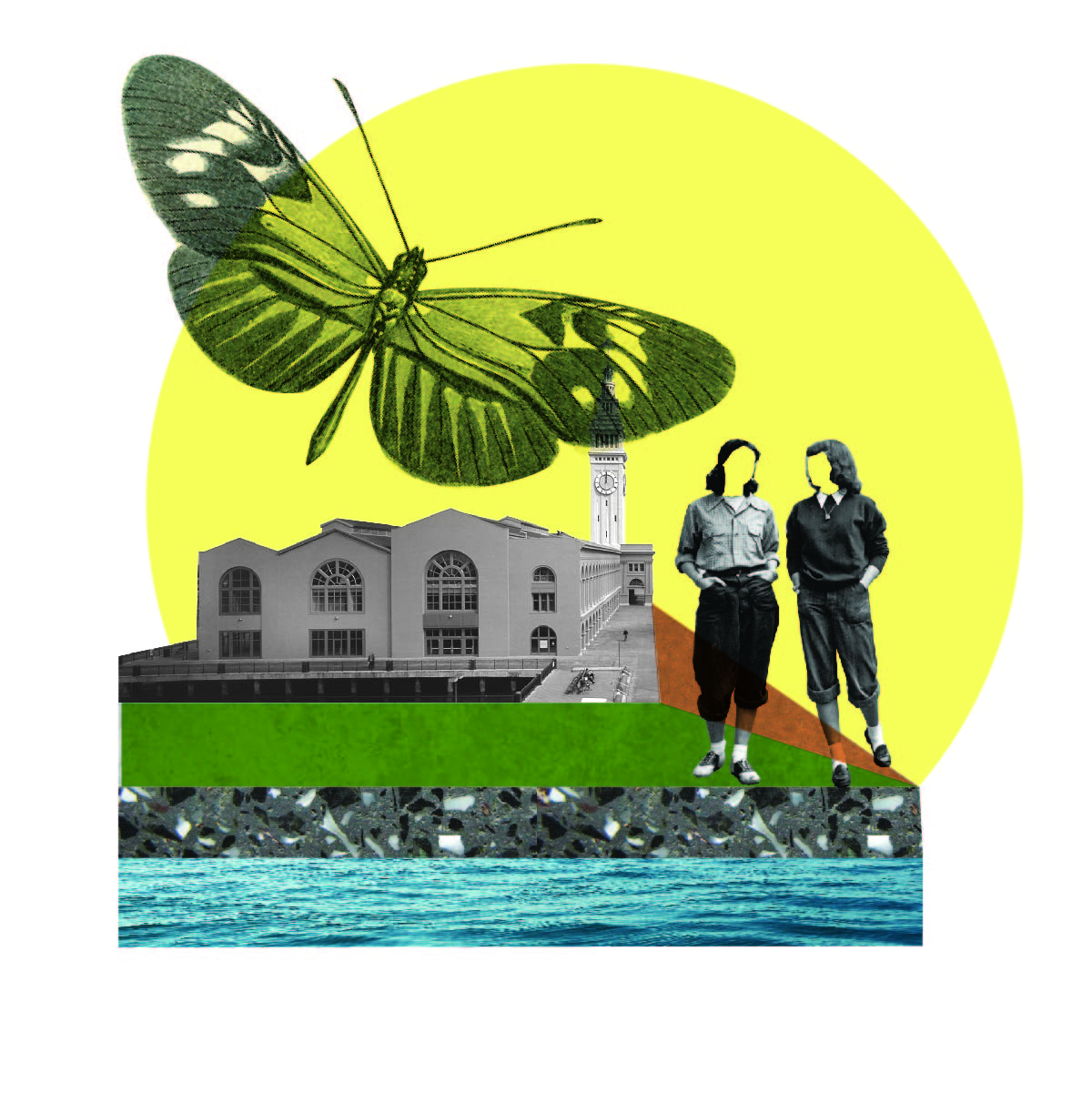 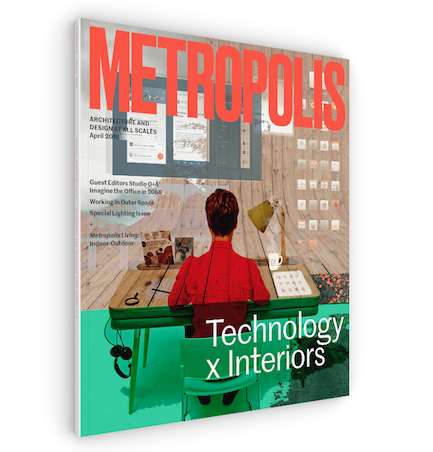 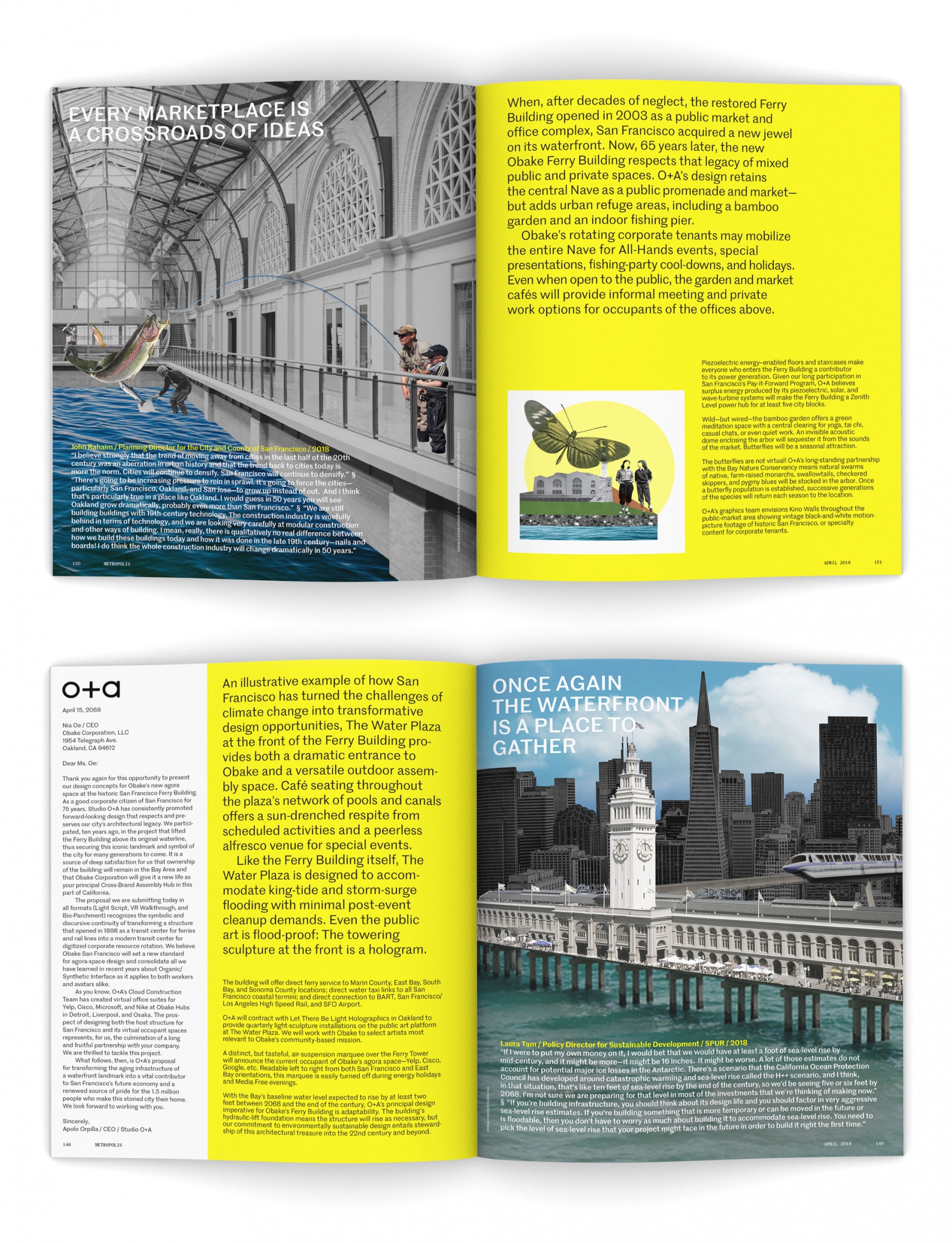